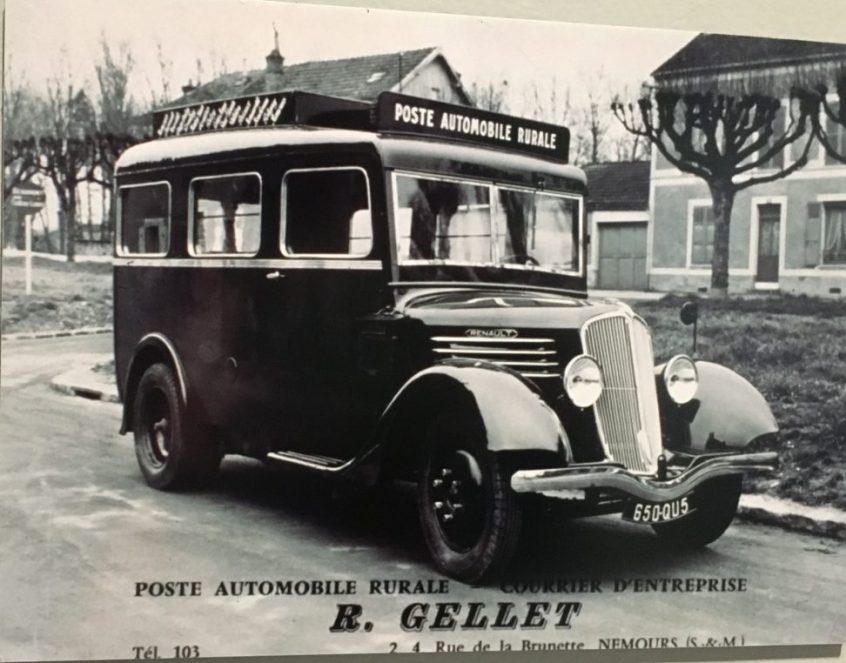 If you arrive early for your train at Gare Montparnasse or if you have a half hour to spare upon arrival, cross the street and walk into the super modern Musée de la Poste. It is a curiosity in Montparnasse and there are some fun surprises. From the beginning of the telephone system which used to be part of the PTT, to the organisation of post offices all around France, to the use of donkeys in mountainous areas, it is a pretty history of the mailing system since the 17 ht century. 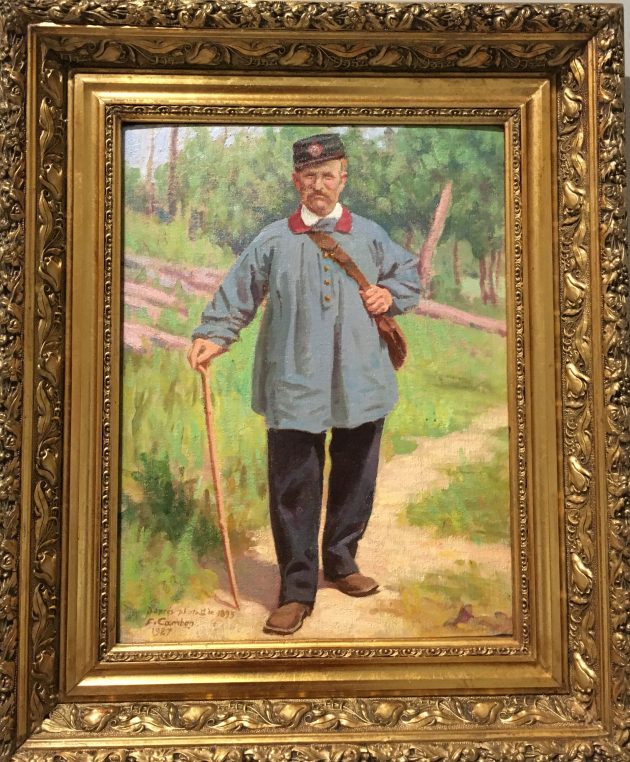 F. Cambon, a rural postman in 1895, he is paid by the kilometer and delivers other goods as well, 1927. The most famous is Facteur Cheval who built the Palais Idéal in the Drôme

In France the post office used to include telephone communications and a large part of the museum is devoted to “Les demoiselles du téléphone” who used to punch keys in order to connect callers. When I was little, you had to call an operator in the countryside and ask for such and such number. The ladies used to listen on your calls and make comments. Or they would let you know that so and so was not at home, etc…It was both very indiscrete and fun. 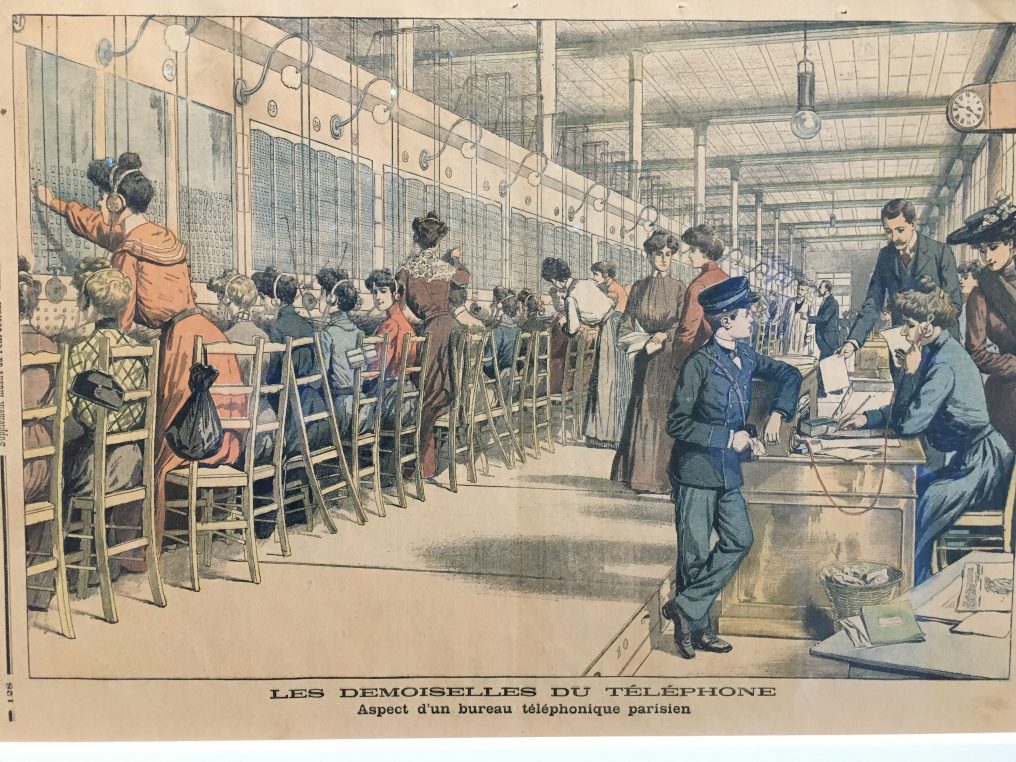 It’s nostalgic to see the first minitel in 1982, the ancestor of the computer, and different designs for telephones but what is more moving are the difficulties encountered by postmen and telegraph agents during the 1870 war when they were caught by the Prussians. Juliette Dodu, a clever telegraphist from Pithiviers, intercepted messages cabled by the enemy and saved a whole part of the army led by Général Aurelle de Paladines. She was the first woman in France to b awarded the Legion of Honor for military heroism. 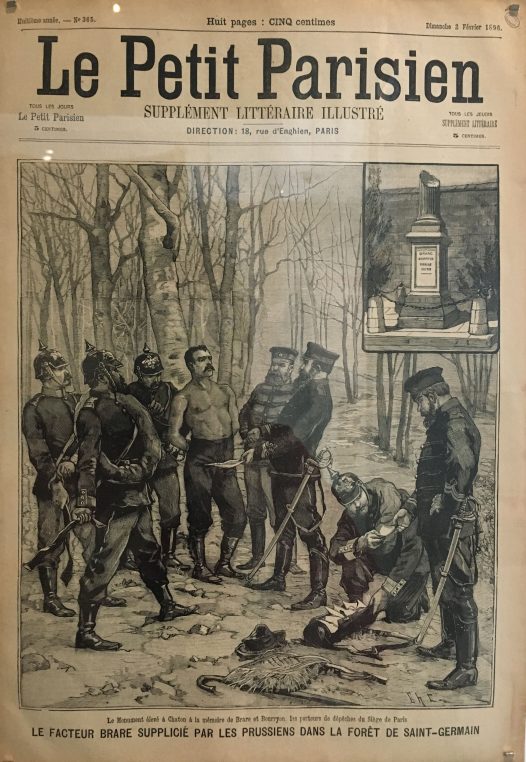 The heroic postman Brare is caught carrying his mail, by the Prussians during the siege of Paris in 1870

The different ways of delivering mail from skis to airplanes and postal cars carrying bicycles for the smaller paths are a poetic way of describing the importance of the postal system which was generally very good in France. I was sad not to find in the museum (they must be kept in the reserves) the photographic reporting by Richard Kalvar made for the post office in 1991. His pictures of postmen on barges and walking in the snow are wonderful. 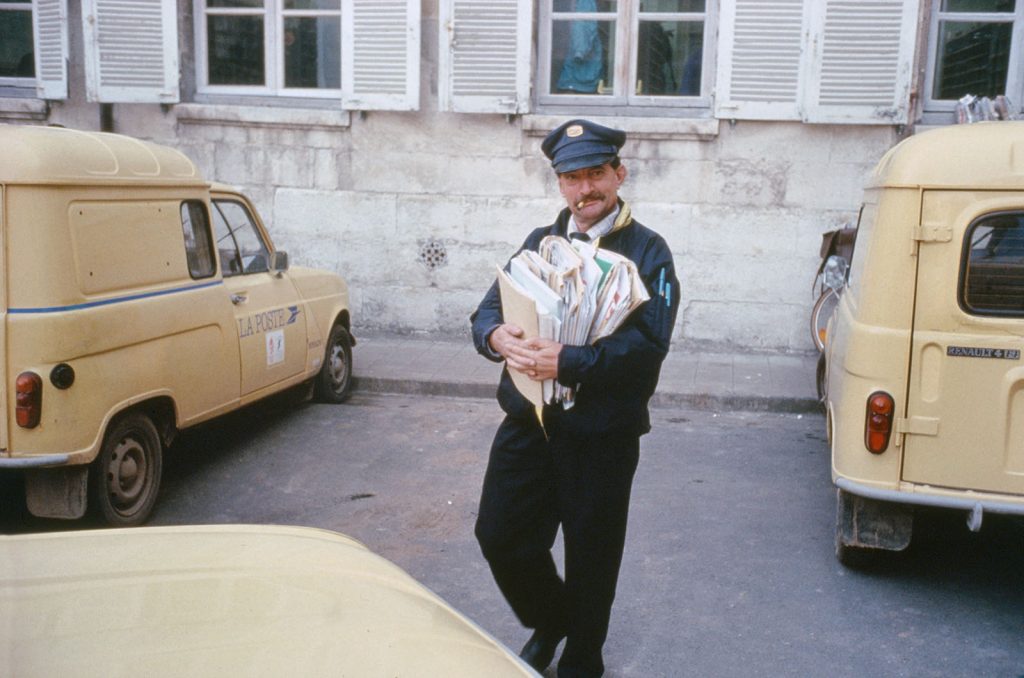 There are also contemporary artists who exhibit the model for stamps like César and his bronze “Tribute to Cinema” and Valerie Belin’s “Calendula Marigold”. There are many models of post offices which grew from 800 at the beginning of the 18 ht century to 17 000 four years ago. From the smallest in France, 9 square meters at the Eiffel Tower to the huge (former)rue du Louvre office  of 12 400 square meters. 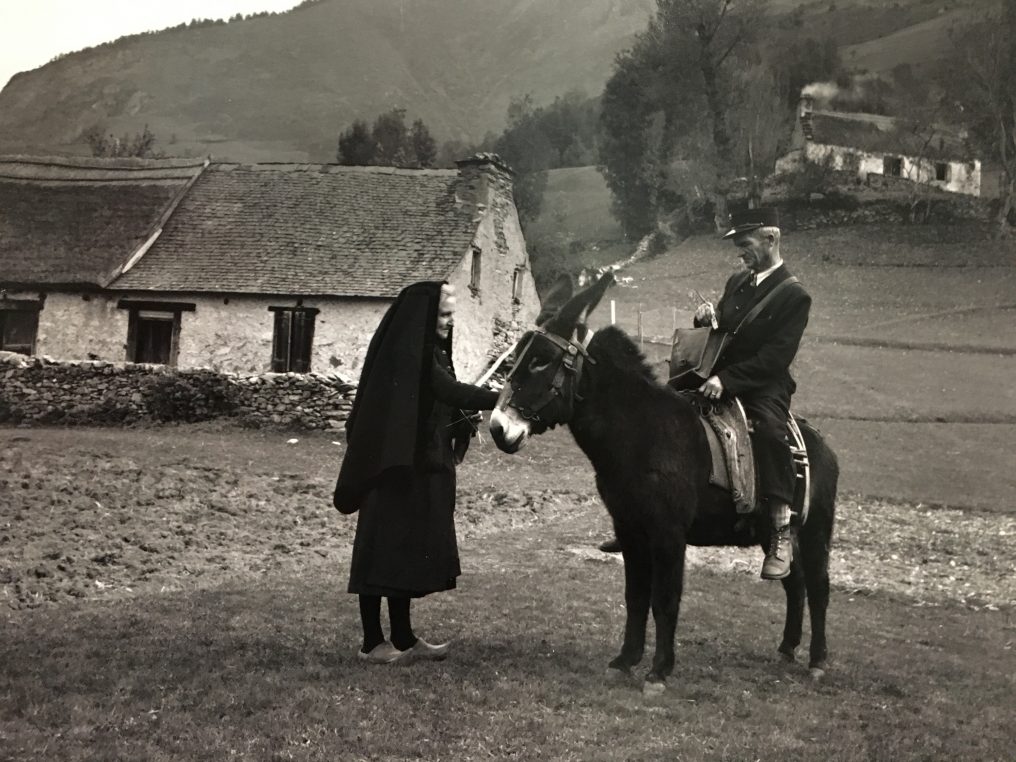 Every letter delivered to the post office must arrive to its destination and sometimes ships to the US were complemented in 1928,  with a seaplane which saved one day upon arrival. In 1854, mail was sorted on trains and there are interesting pictures of workers standing unbalanced in the train cars, with their piles of letters. Some trains were entirely dedicated to this ambulatory exercise. 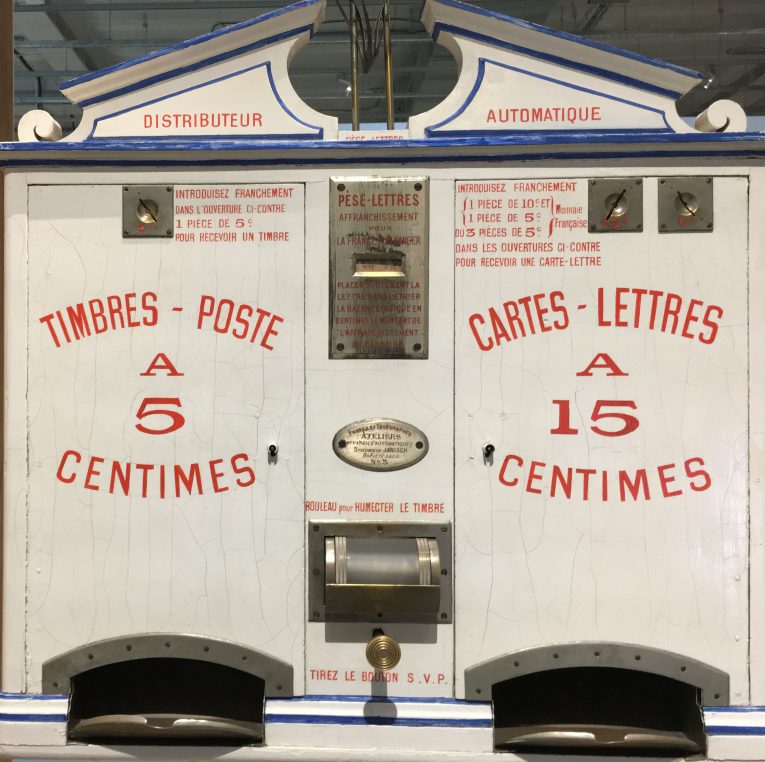 A distributor of stamps and stamped cards

There are of course many precious stamps exhibited and the process of printing them is well explained. there are also two huge envelopes by painter Christian Debout, who had a large exhibition for the reopening of the museum. If like I am  you are fascinated by the magic of letters, do not miss this small and pretty museum in the heart of Montparnasse.

One Comment on “The Musée de la Poste is full of surprises!”