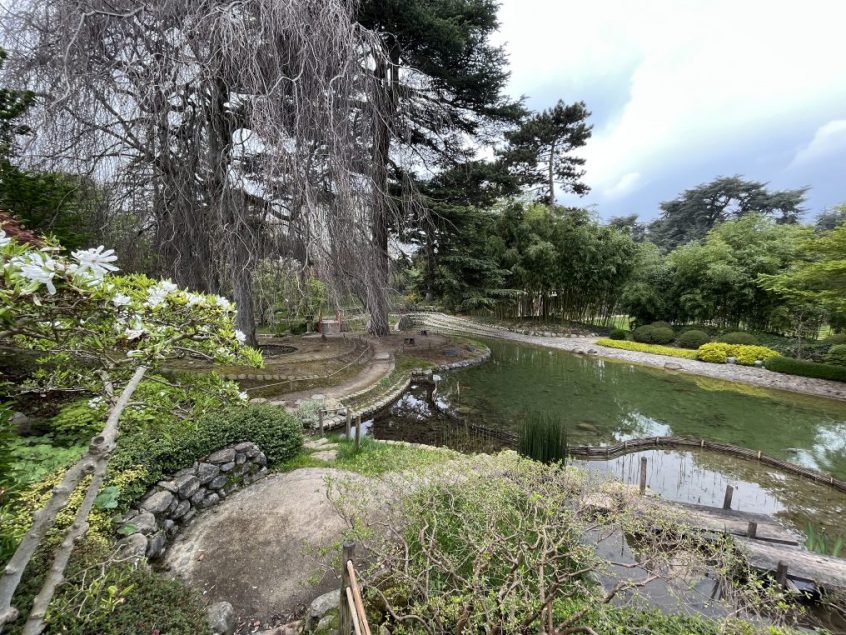 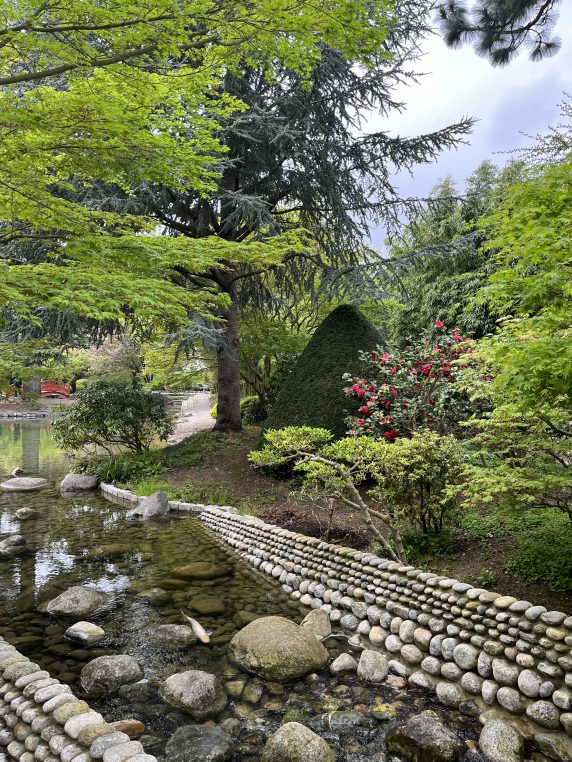 Started during visionary Patrick Devedjian‘s presidency of the department of Hauts de Seine, the renovation of Musée Albert Kahn in Boulogne was conducted over ten years by Japanese architect Kengo Kuma & associates and it reopened this week end. It is the perfect time to visit the 3,9 ha (9 acres) garden, with large white and pink camellias in full bloom and delightful Japanese maples which were documented between 1909 and 1931, by 2 500 monochromes (photographies). The building is conceived as an engawa, a space between garden and house in wood. The park includes three tiny forests, a rose and fruit tree garden, an English and a Japanese garden. The museum offers at the moment a photograph exhibition of extraordinary views “Around the world with Albert Kahn”. 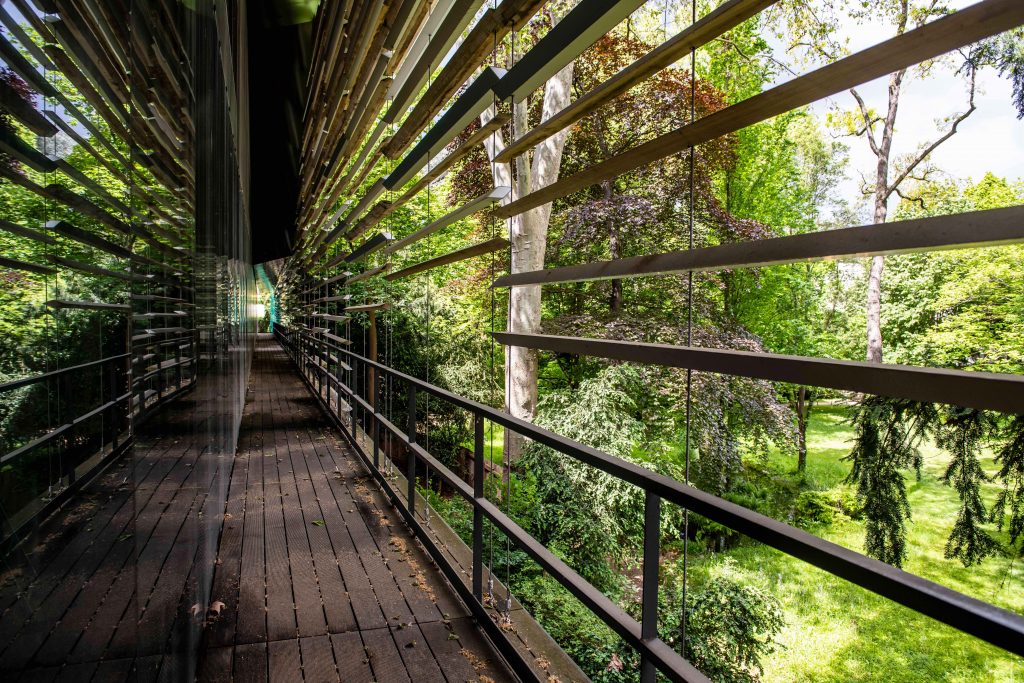 Conceived as a Japanese engawa, the new museum designed by Kengo Kuma, opens on the garden, © Olivier Ravoir

The new building is defined as a link between nature and museum and its wood and glass structure is extremely successful. The lush nature outside illuminates the dark rooms which are mostly a series of walls lined with the monochromes collected by Kahn. I found the rooms beautiful but it is hard to see the pictures properly since, in the permanent collection, there are no captions. They seem to be there mostly for the aesthetics of the room not for their own historical qualities. 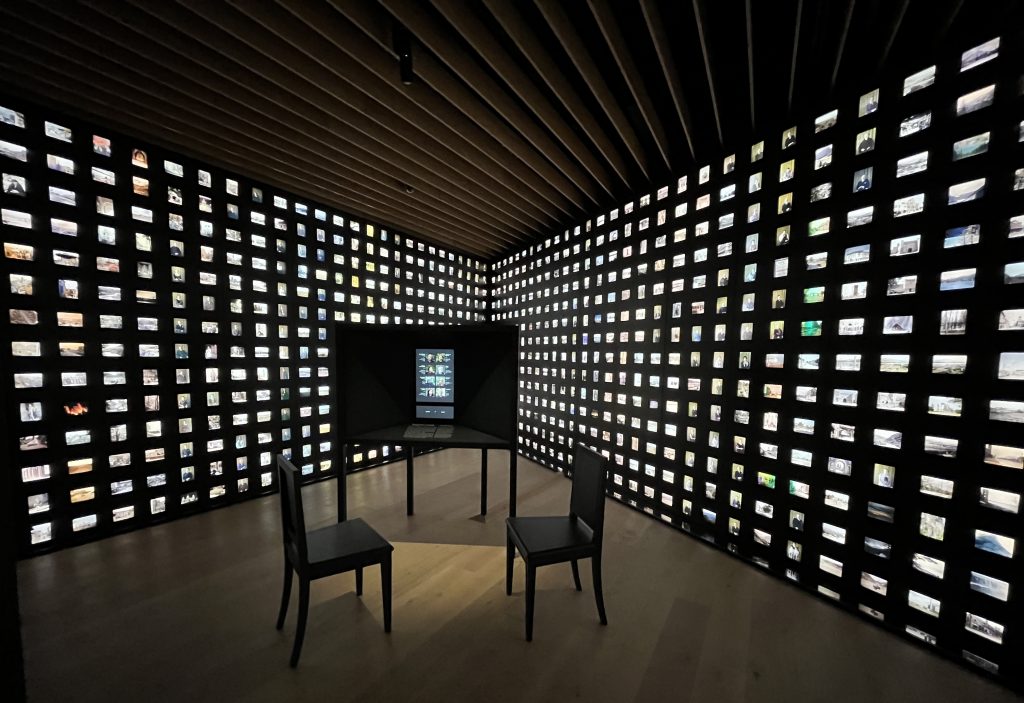 The monochromes are the decor of the museum not the subject

The museum acts as a research center more than as a place to visit but as such, it is incredibly efficient. You can sit at a desk and search for any visual in the collection of travel pictures or portraits of celebrities of the time. Albert Kahn travelled in 1908 and 1909 with his chauffeur Albert Dutertre who had trained as a photographer and cinematographer. 3 500 stereoscopic glass plates and 2 000 meters of film are kept in this space. Some contemporary pictures (of the pyramids by Pierre de Fenoÿl for example)  are shown aside the vintage ones. But Kahn also invited to lunch in Boulogne foreign visitors and prominent politicians or scientists and took their portraits. The Queen of Belgium, or the Baroness Rothschild, Marcel Dassault, Fujita, Paul Doumer, Emile Deutsch de la Meurthe are among the “social ” portraits. 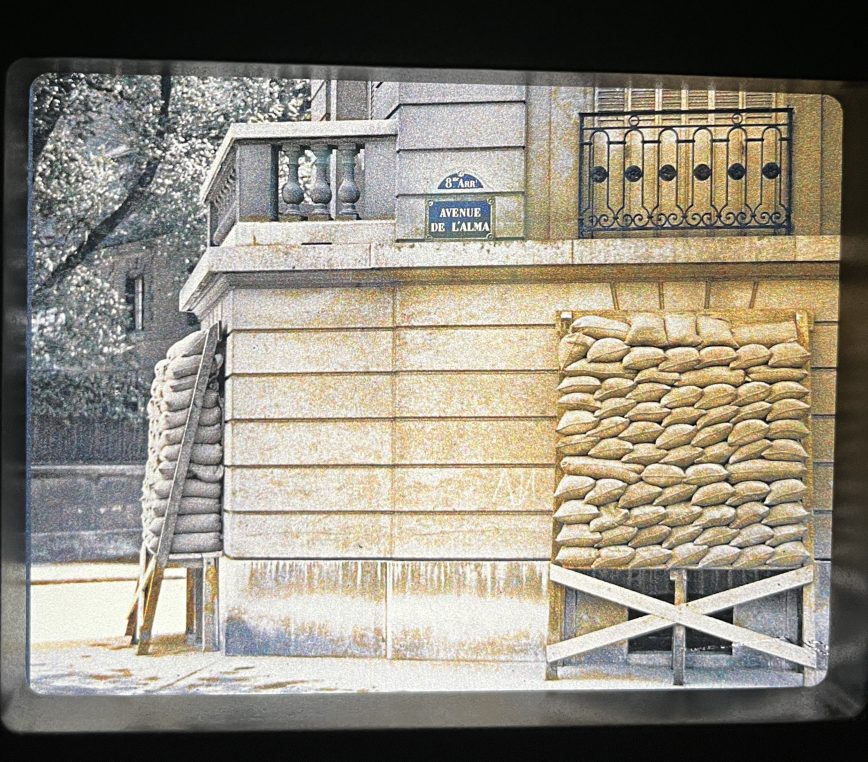 Kahn had also given scholarships to young PHD students in 1898, and in 1909 to twelve photographers with the Lumière  brothers’ new material, to do a visual inventory of the world for him in fifty countries, which he called Archives of the Planet. His aim was to open people’s eyes and to work towards universal peace and culture. Thus his passion for Japan. The result was 72 000 autochromes, with color and thousands of meters of film. The choice of a Japanese architect for the museum is in continuation of the banker’s philosophy. 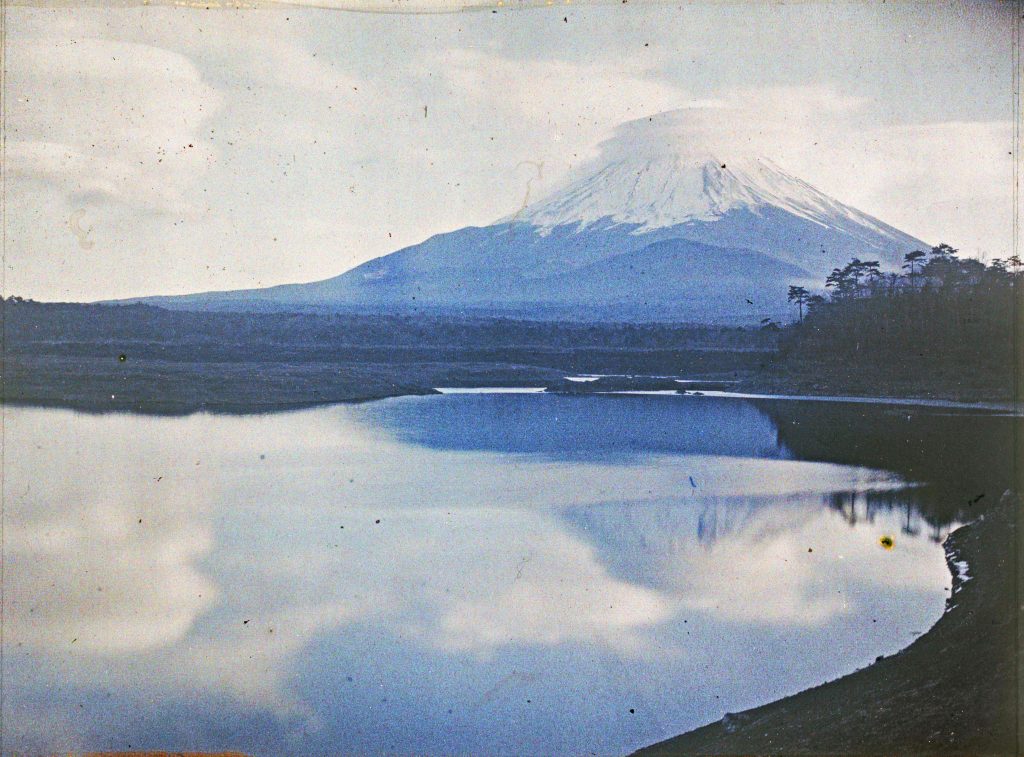 Whether in Sevilla or in China, in his garden of Boulogne or in Irak, Kahn never stopped documenting faces and landscapes. He organized photographs of Germany after WWI and its industrial activities. Greek, Egyptian and Italian archeological sites, India, China, the Middle East, North Africa and Turkey were recorded by his team. In America, he is interested in hydrology and agriculture in Canada, the US and Brazil. Paris and WWI are his great themes in France including the urban transformations over two decades in 5 732 plates. 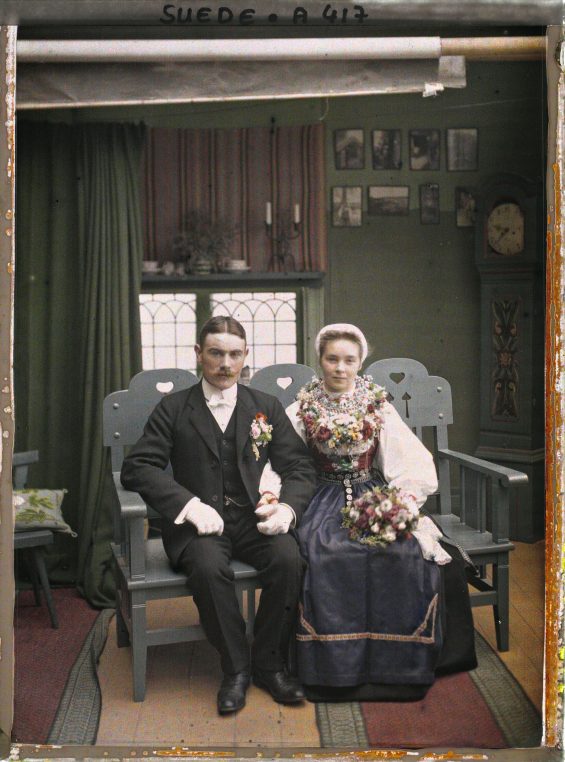 The wealth of this collection is enormous but the museum remains mostly a documentation and education center for schools. A restaurant will open in the autumn and guided visits already focus on architecture of the building and on the gardens. At the moment, you can enjoy the blooming of the camellias and as the head gardener told me when I congratulated him on the perfect upkeep of his large park, “soon the rhododendrons will be beautiful” … just after the unexpected April 1 snow disappears… 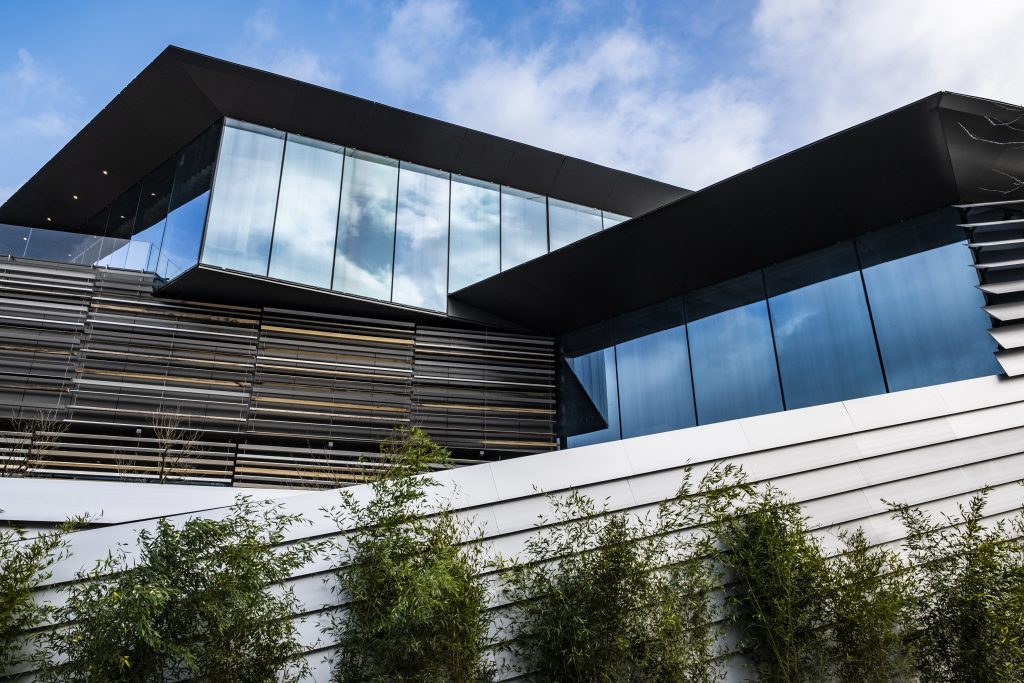 Musée Albert-Kahn, 2 rue du Port, Boulogne Billancourt. If you go by tube, it is fifty meters from the Boulogne-Pont de St Cloud stop. And don’t miss the Japanese village in the garden. 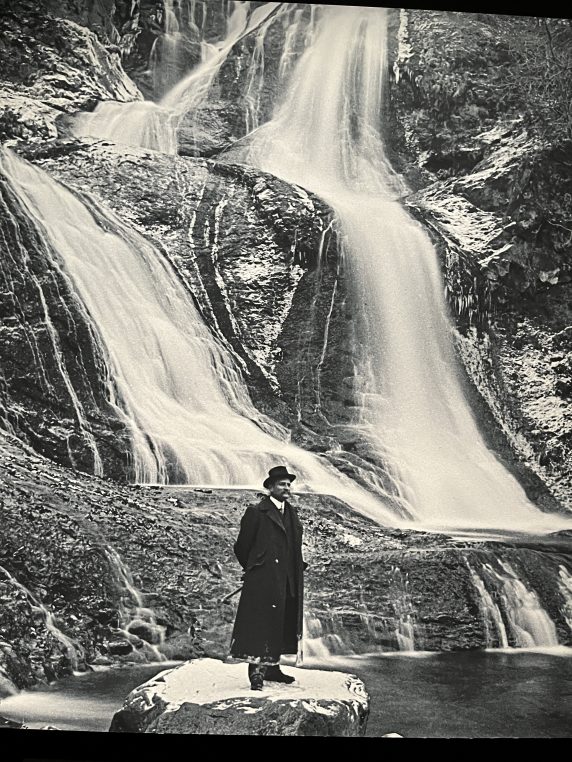