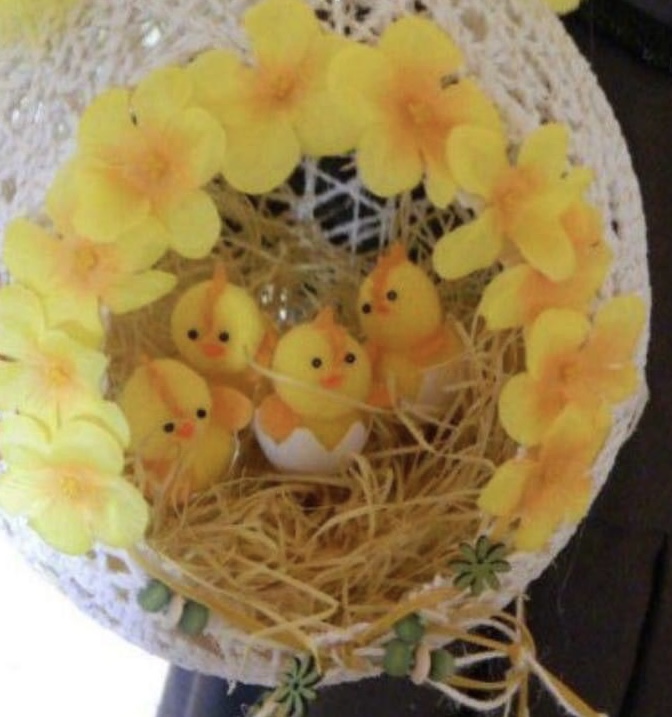 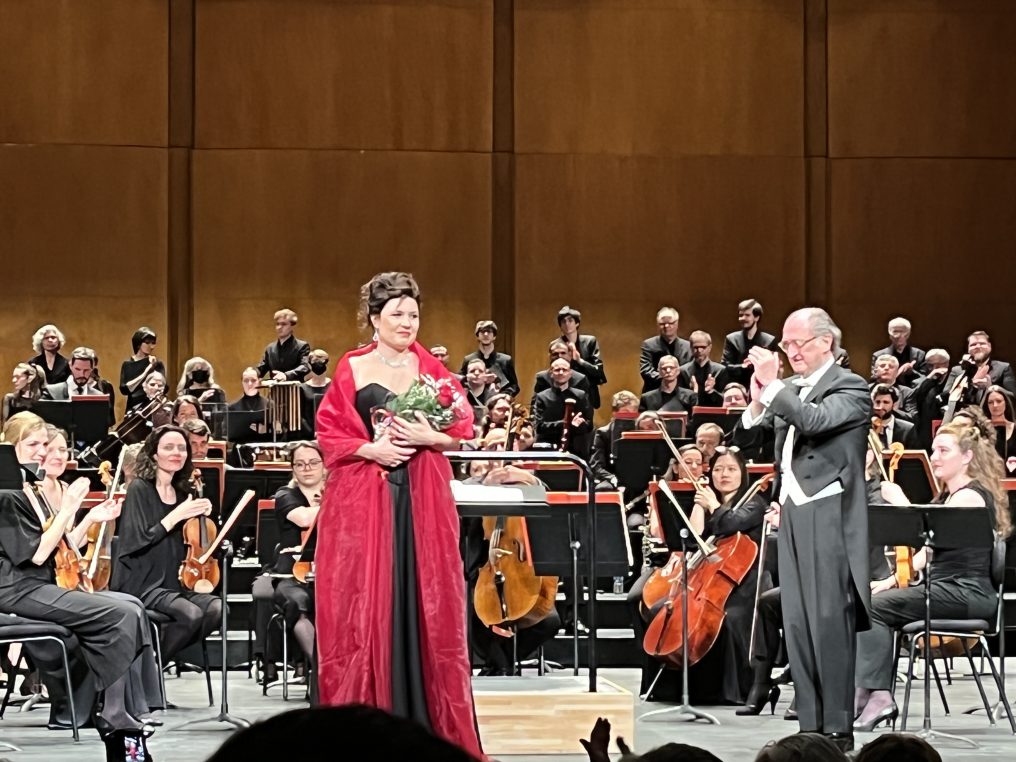 Marina Rebeka, in tears, while the public gave her a standing ovation, with conductor Maurizio Benini and Orchestre de Chambre de Paris at TCE

The first wonderful surprise of the week was to hear Marina Rebeka in Anna Bolena by Donizetti at Théâtre des Champs Elysées. She replaced at the last minute Sonya Yoncheva who was sick and will sing again next month at the Dutch National Opera in Amsterdam. If you are around, make sure to book your ticket. She is just amazing in the part. Karine Deshayes had also replaced Marianne Crebassa as Jane Seymour and this last minute reshuffling gave a special resonance to the evening where the public literally went wild. At Galerie David Zwirner, the Brazilian artist Lucas Arruda, paints silence in the jungle with a magic light. A new galerie Raphael Durazzo opens on rue du Cirque, next to Place Beauvau with a group of German post war painters and the very trendy Kamel Mennour sides with the mythical Claude Bernard to show Maryan, the Polish painter (1927-1977) whose estate he has taken over. 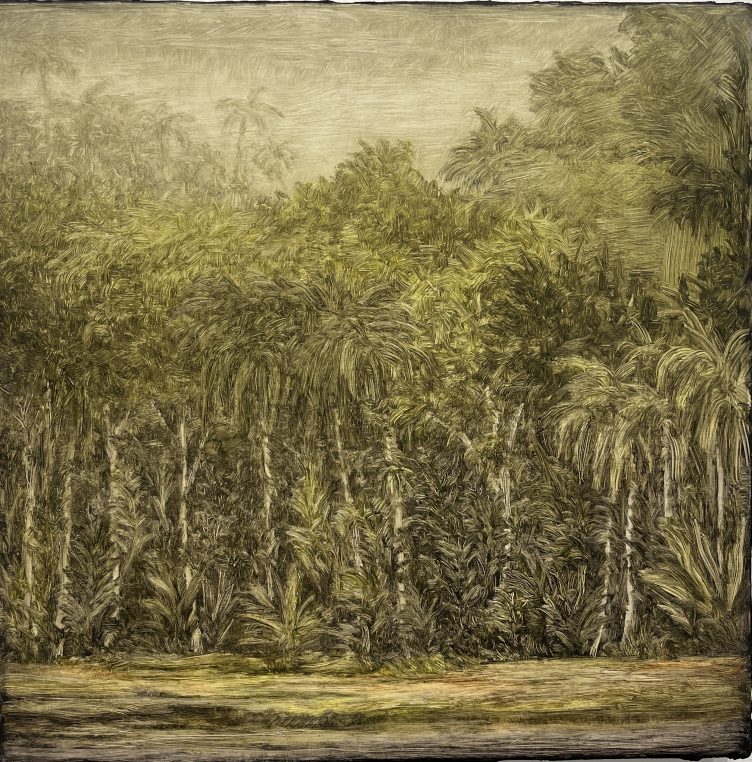 There are still young people opening galleries in Paris and the Corsican-Turkish Raphaël Durazzo has settled on 23 rue du Cirque in a very pretty space where he shows excellent pieces by Baselitz, Lüpertz, Kieffer, Richter, Schütte… One woman Christa Dichgans also shows her own version of German Pop Art. 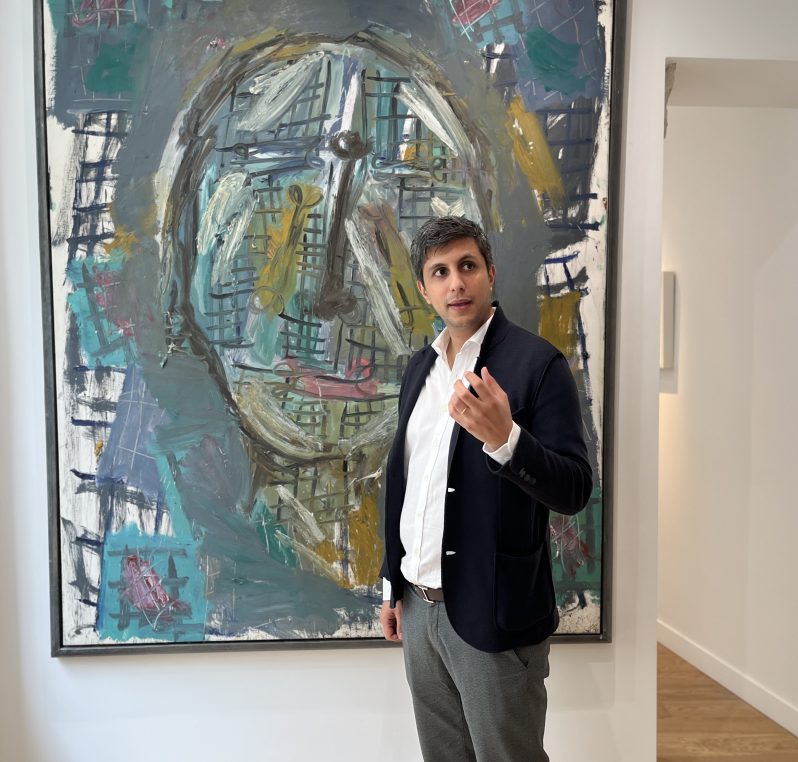 At MAD, the four Lalanne daughters have made a donation of sixteen works and 38 drawings by the couple Claude and François-Xavier Lalanne, whose pieces have now reached the sky in auctions with a record 79,5 million € when Dorothée, their youngest daughter sold her collection. Inspired by nature and animals, their suspensions, garden sheep, bronze cabbage, rhinoceros bar or gingko furniture are unique in style and have attracted many American collectors after the prodigious 2009 Yves Saint Laurent sale. the donation is exhibited until May 29 in the grande nef of Musée des Arts Décoratifs. 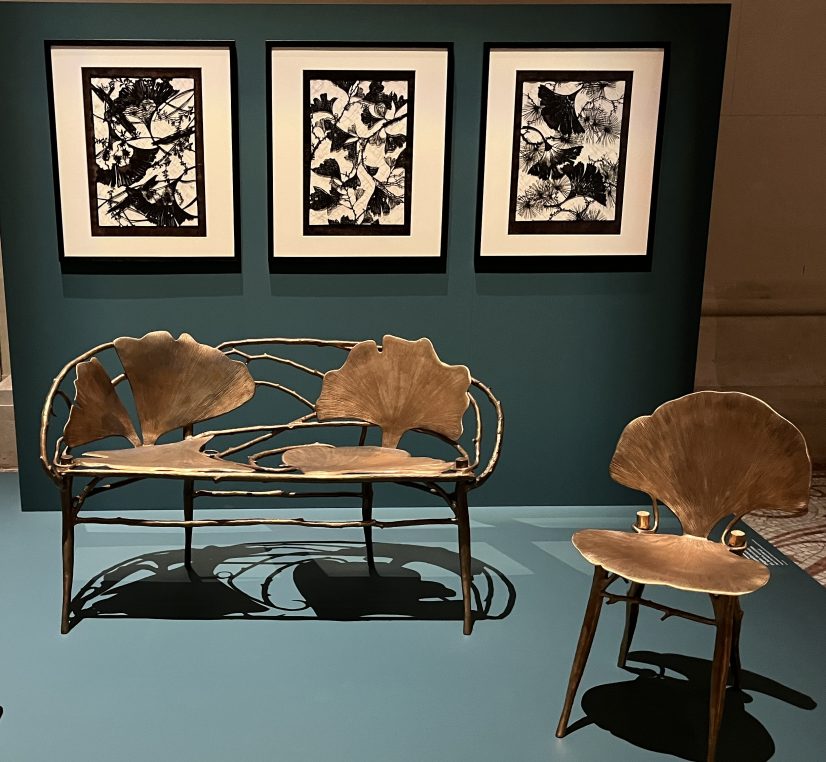 The Claude Lalanne gingko bench and chairs, 2018, in front of her  drawings at MAD

The most improbable couple Kamel Mennour and Claude Bernard, whose galleries are close to each other in the Latin quarter, are both showing Maryan (Pinchas Burstein), an important Polish artist, who died suddenly at 50 of a heart attack at the Chelsea hotel, in New York in 1977.  He trained in Jerusalem after loosing his whole family in the war, and in the 1950’s he painted expressionist figurative works which were shown by Mathias Fels along Karel Appel and Francis Bacon. He then moved to the US and became American in 1969. Amidst the pop art generation, he developed a painting influenced by multiple popular and folkloric images. Centre Pompidou was bequeathed fifty works by his widow Annette Maryan in 2012 and Kamel Mennour now manages his estate. Because Claude Bernard owns a number of his works from the 1950’s to 70’s, they joined efforts and had a common opening party. (Until May 28, 7/9 rue des Beaux Arts and 47 rue St André des Arts) 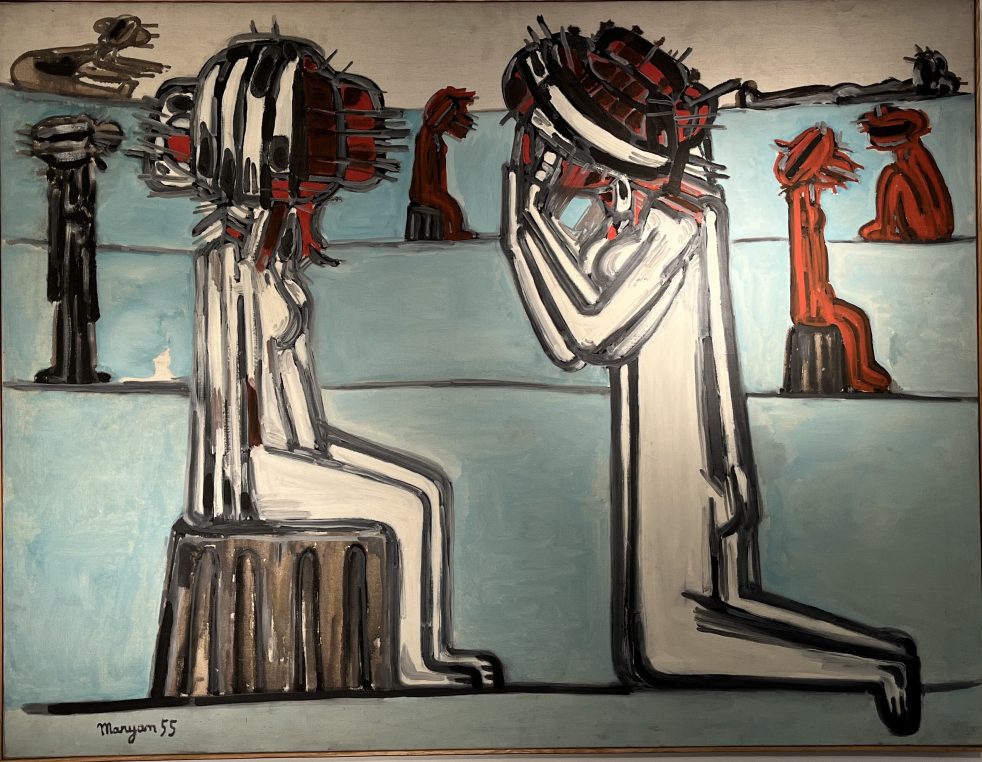 Around the corner on 12 rue Jacob, at Nathalie Motte, I saw paintings by Masselink, whom I had discovered in a villa in Tuscany last year. He is a classical figurative painter and his latest exhibition is based on the forest of  Fontainebleau where he lives. Birch trees in autumn, La Mare aux Fées, Mushrooms, the Oak Sully, rocks in the snow are all more romantic than the other. 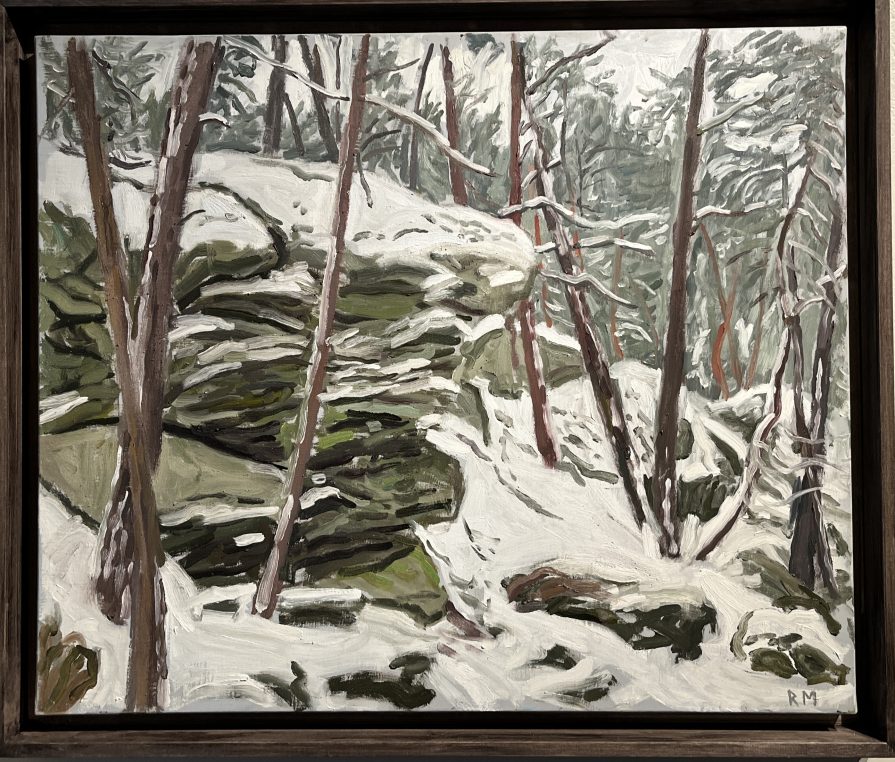 If we survive next Sunday’s elections, I will have more to tell you next week about the myriad of exhibitions at Musée d’Orsay.