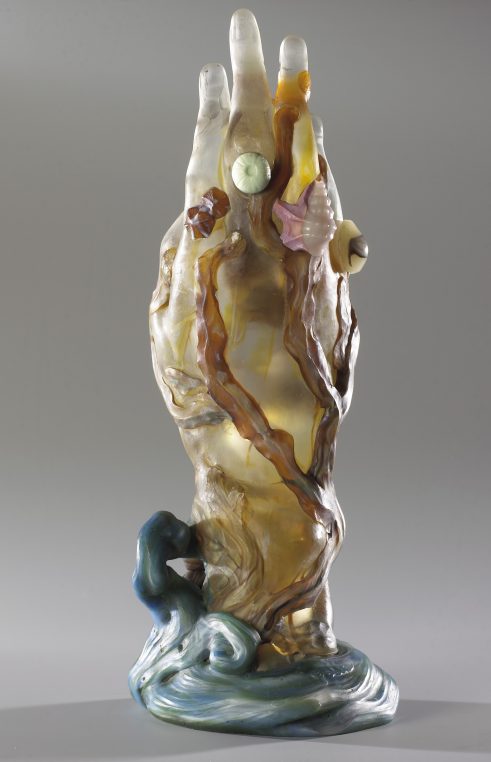 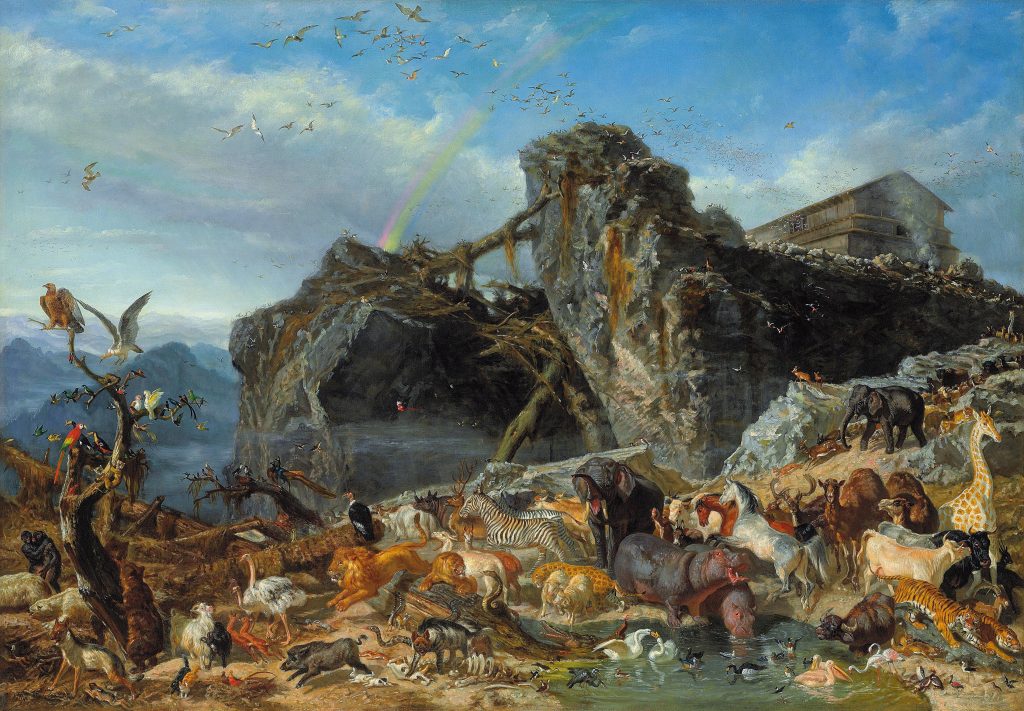 Yes the painting by Courbet, “The origin of the world” (1866) is present in the exhibition but it is a much more intellectual and scientific theme which is explored here following Darwin’s “Origin of the Species”, than an erotic show… Inaugurated  in December 2020 when all the museums were asked to close, this last exhibition prepared by Laurence des Cars at Musée d’Orsay, “Les Origines du monde”, is fascinating but needs a little intellectual effort. The subtitle, “the Invention of nature in the 19 th century” is a vast program and I have to admit that most paintings were new to me and are a good mirror of the fascination of the world in the 19 th century. The show closes on July 18 so make sure not to miss it. 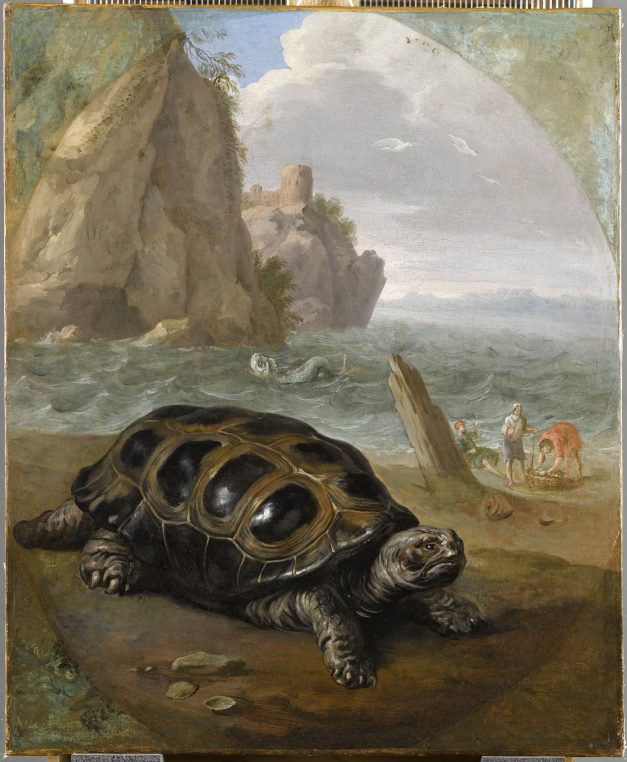 The first image you see while walking into the show is “After the Flood” painted in 1864 by Filippo Palizzi. God sent the Flood (le Déluge in French) to rid mankind of corruption. Only Noah and his family are saved with a pair of each animal species. His Ark is a microcosm of Creation. Palizzi had studied animals at the Jardin des Plantes in Paris and shows them happily leaving Noah’s ark. The painting is fabulous in its accumulation of details. 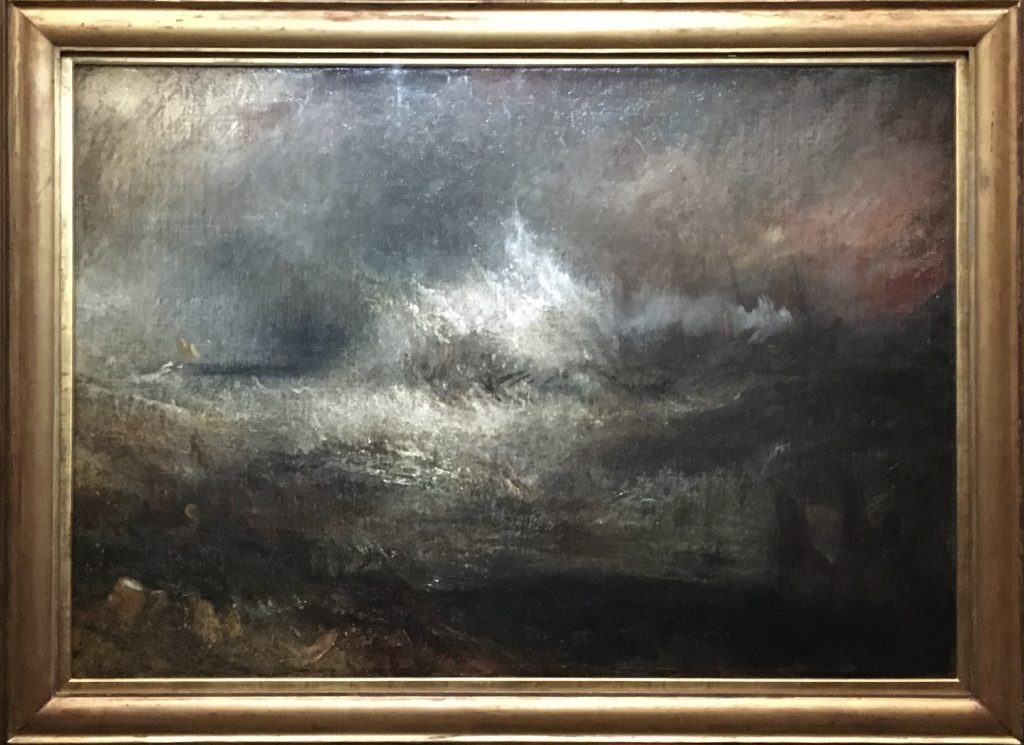 In the 19 th century, the relationship between man and the natural world underwent a radical transformation. Industrialisation and urbanization changed landscapes while biology, paleontology,  geology and anthropology were born. Charles Darwin‘s “Origin of the Species” published in 1859, describes how human species were incorporated into a genealogical tree including all living things. 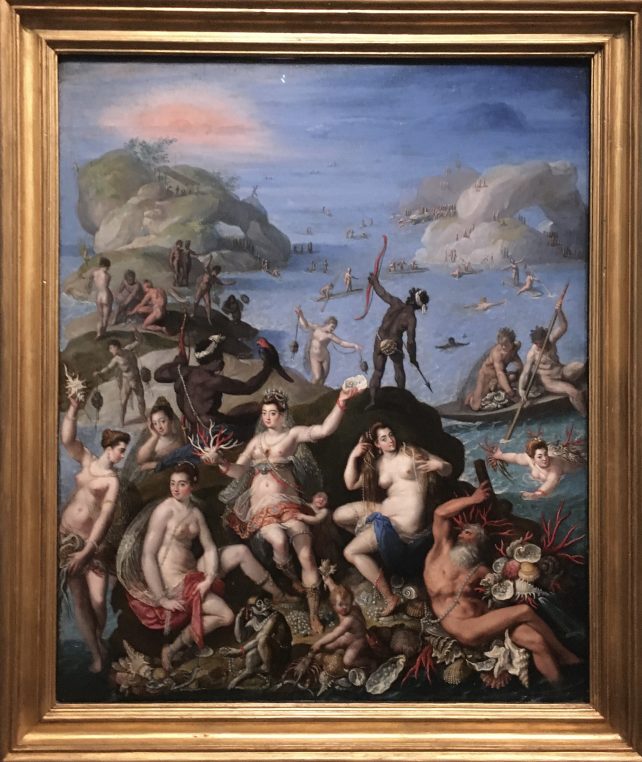 The show starts with the biblical description of the Garden of Eden and Adam and Eve, the creation of the world in six days and Noah’s ark. It goes on with the XVI th century Cabinets of curiosity and decorative objects such as  a rhinoceros clock by François Viger and Jean Joseph de Saint Germain (1750) made in honor of Clara the Indian rhinoceros. She became an International celebrity and went on a grand tour of Europe. As did Zarafa, the Girafe offered in 1827 to King Charles X by Mehemet Ali, viceroy of Egypt. 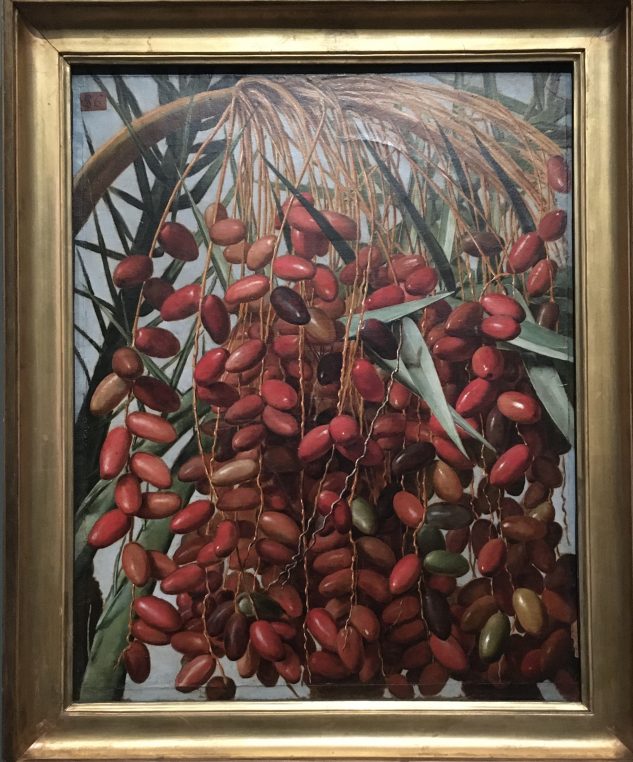 In the 18 th century, Bougainville, Cook and La Pérouse explored the world. The colonial expansion by European states led to a boom in maritime trade and scientific expeditions. Alexander von Humboldt and Aimé Bonpland went to South America and marked the beginning of ecological thinking in 1799 to 1804. At the same time, nature and animal painters found their ways into the new zoological gardens and greenhouses while Jules Verne‘s “Twenty thousand leagues under the sea” captured the imagination of his contemporaries in 1869. There is large section devoted to monkeys  and a few lovely windows with decorative objects such as Barbedienne’s “aquarium on its pedestal” and Emile Gallé’s, “The hand with seaweed and shells”. 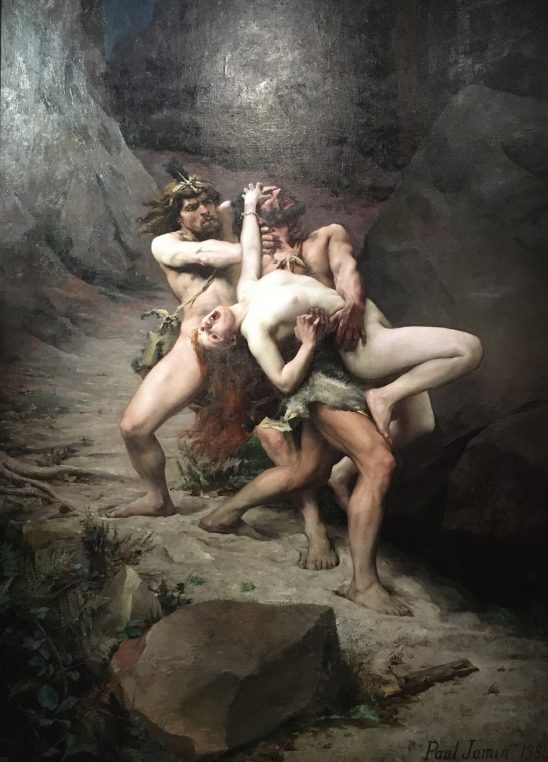 Paul Jamin has two fabulous paintings in the show: “Rapt in the Stone Age” and the “Flight ahead of the mammouth”. They are scary and so realistic! There are also extraordinary peacocks painted by Scottish painter Archibald Thorburn and a section on animal’s emotions inspired by Darwin. Odilon Redon‘s submarine studies of aquatics species, his shell “La Coquille” a pastel on paper from 1912, are precious. This work is shown next to Courbet’s “Origin of the world”, thus illustrating Darwin’s question on the relationship between beauty and sex. A darker note is set by  Edward Munch’s “Woman with a sick child. Inheritance”.

The exhibition closes on July 18 so make sure to see it this week at Musée d’Orsay.