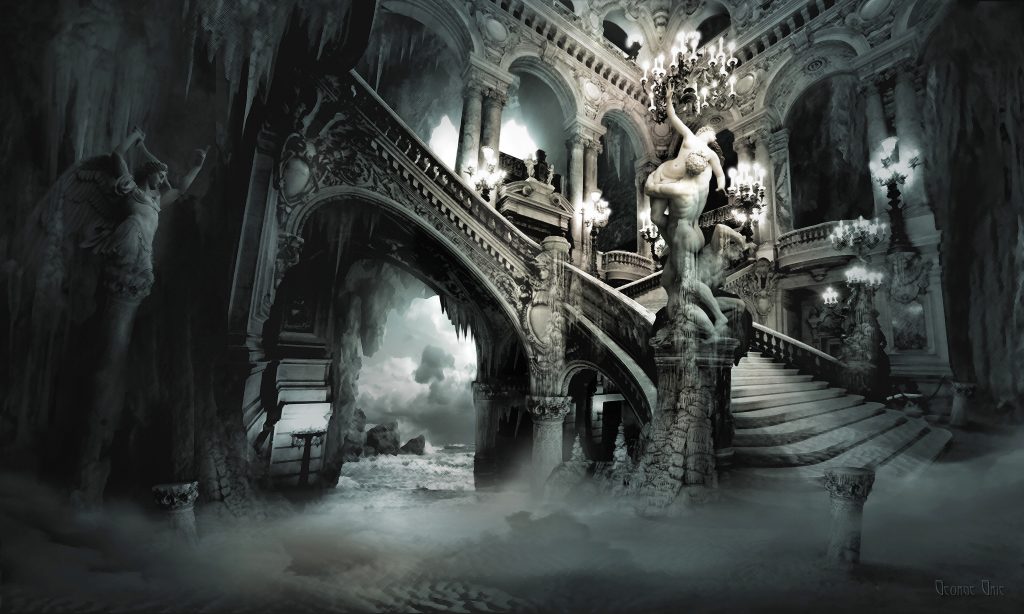 After writing half a dozen books on the architecture of Opéra Garnier, Gérard Fontaine is digging into the very active life of the Phantom of the Opera, a legendary hero created by novelist Gaston Leroux, who has been continuously on stage in London at Her Majesty’s Theater since October 1986. The beautiful book published by Editions du Patrimoine, reveals all the secrets of the Opera House wanted by Napoléon III and tells the story of this Fantôme who was the topic of ten International films from Rupert Julian in 1925, to Brian de Palma in 1974 and the latest by Joël Schumacher in 2004. It is a visual delight and the text reads like a witty dinner conversation. 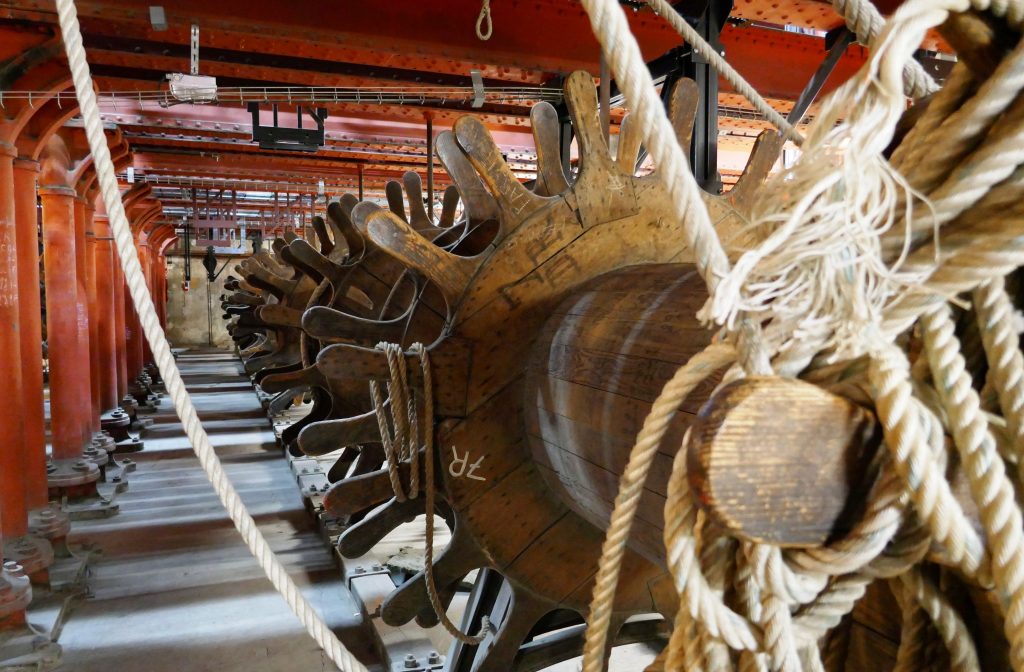 The novel was first published in 1910 when Leroux was a journalist for Le Matin. This young writer from Normandy had started his career as a court reporter in Caen. He was sent to Morocco and then Russia where he covered the fall of the Czar. His most well known hero is Rouletabille, with Le Mystère de la Chambre Jaune and Le parfum de la Dame en Noir, have been read by generations of young adults. What he heard in the numerous trials he sat on fed his mystery books.

What he achieved is to pass fiction for reality. By essence the Phantom is invisible, yet he is constantly present in the book. A stage technician, a woman singer describe his appearance… He appears in a masked ball. He wears a red mask inspired by Edgar Alan Poe “The Mask of the Red Death” of which a fascinating Harry Clarke illustration features in the book. A sequence on the “little rats” (ballerinas) of the opera who run around during rehearsals is fun. Backstage was at the time a busy scene with the “Abonnés des trois jours” (Degas became one), the regular men who came to see the dancers and the singers. This is illustrated by a large painting by Jean Béraud in 1889. 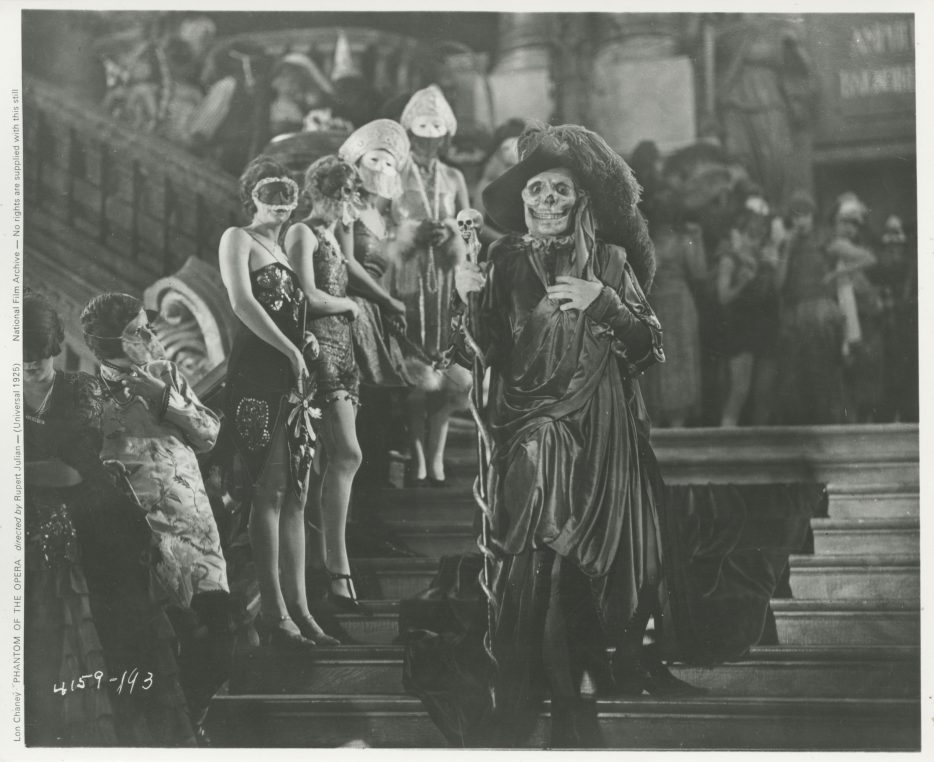 Lon Chaney in “The Phantom of the Opera”, by Rupert Julian, 1925. © DR, coll. Cinémathèque Française

The descriptions of the fights between directors of the opera, a topic that Gérard Fontaine knows well, are illustrated by two characters invented by Picasso and used for the ballet “Parade” by Leon Massine, created in 1979. The phantom is the occasion to reveal many gossips of the history of Garnier. The author tracks down all the operas quoted in the novel and explains the historical similarities with real productions. Thus the Phantom becomes the chronicler of Garnier in the 1880’s. And in the book, singer Christine Daaé (the real singer was called Christina Nilsson),  is one of its heroes. She walks through the mirror of her loge to meet the phantom and this scene is inspired by the recently published  “Through the looking glass” by Lewis Caroll. 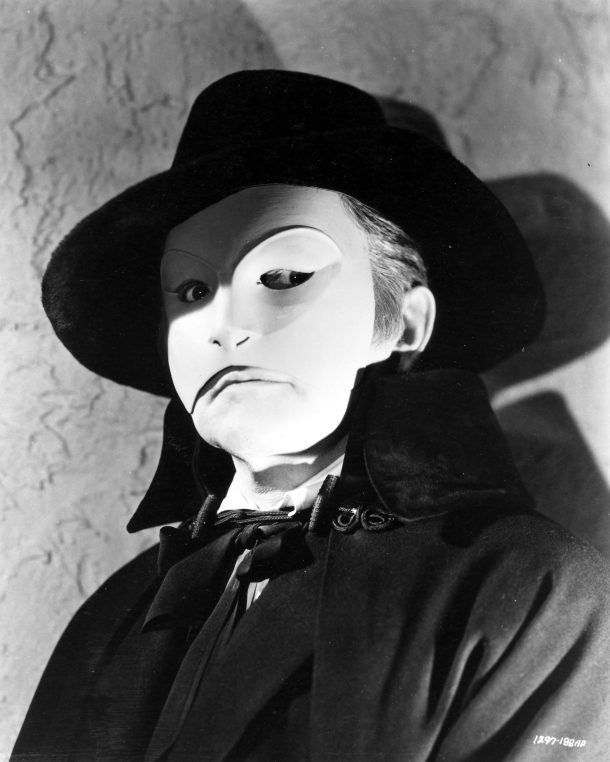 A whole chapter is dedicated to Loge n°5 where the Phantom appears. It is located next to the emperor’s and his staff, very near the stage. Napoleon occupied the loge d’avant-scène n°1, from which you don’t see the stage very well, but from which you see everyone. 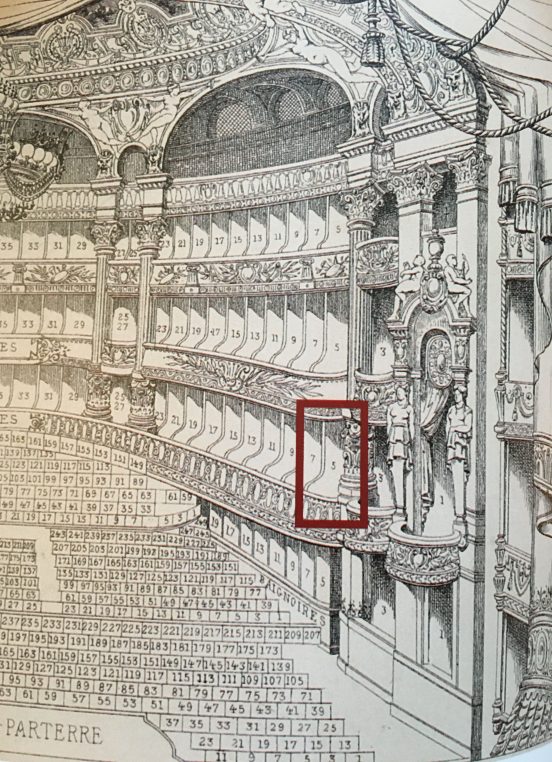 Charles Nuitter, Le Nouvel Opéra, 1875, this is where the Phantom was hiding

Another chapter takes us down below the building in the famous lake which still exists, created  with the water table (nappe phréatique) close to the river Grange Batelière which runs under the Printemps department store. Garnier created a double hull like those of ships, to contain the water of this very humid piece of land that Haussmann forced him to use to build the opera house. Gérard Fontaine studied all the texts concerning this “lake” over the years and thinks that one reason this water reservoir still exists is that architects do not know what would happen to the building if it was dried up. 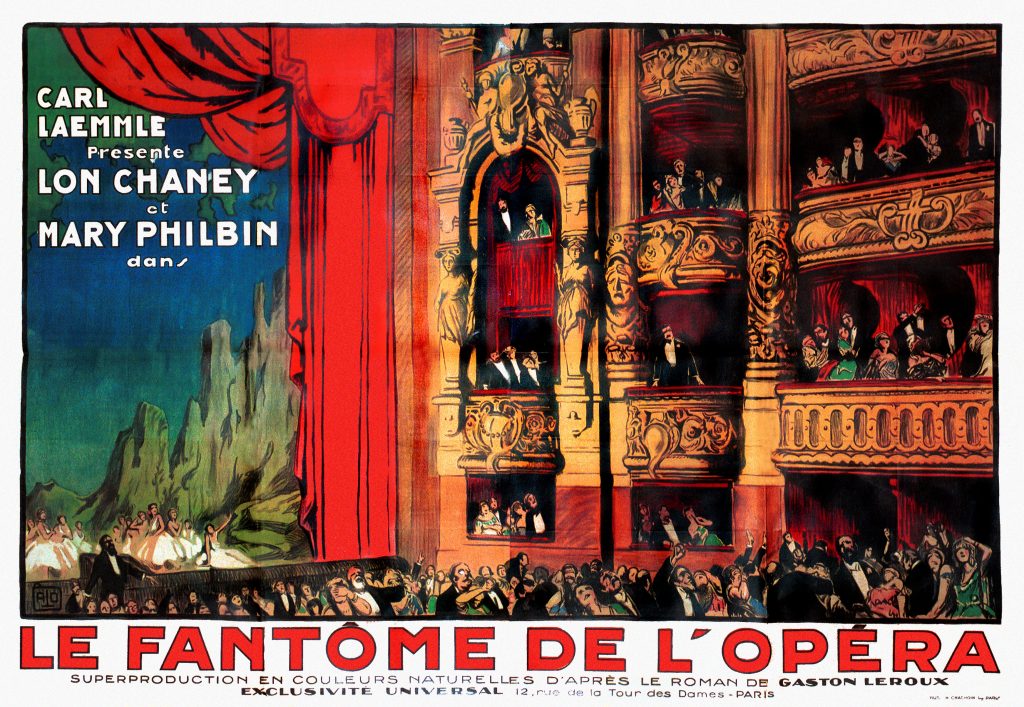 The Carnival and the masked ball in January 1872, constitute the last chapter of the book. Again the iconography is excellent and costumes are vividly illustrated by watercolorist Eugène Lami.

This lavish study of the Opera is so well researched and yet reads so easily that it is a model of an illustrated book. And the good surprise is that it sells for only 35€! Unfortunately it is not yet translated into English. Gérard Fontaine, “Le Fantôme de l’Opéra, legends and mysteries at Palais Garnier”, Editions du Patrimoine.

The author will be signing the book at 6.30 pm on Thursday, November 7, at the bookstore of Opéra Garnier and you are all invited.