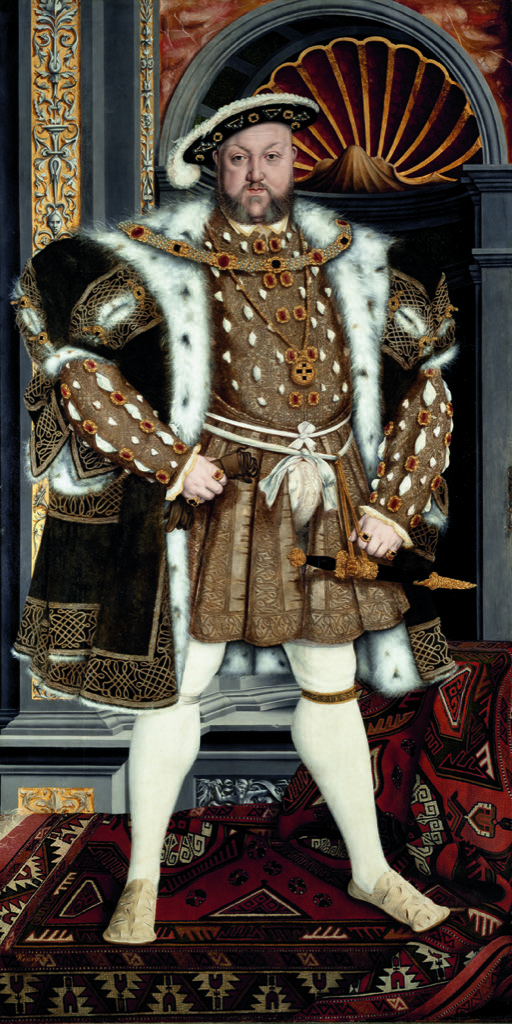 I have to admit it, I plunged back into Rebecca Fraser’s « A People’s History of Britain » (Chatto and Windus) in order to understand the dates and filiations of the Tudors. At a time when Shakespeare’s « Henry VI » (the play on the French and English king is directed by Thomas Jolly) is a hit at Ateliers Berthier in two 9 hour shows, the new exhibition at Musée du Luxembourg is a fabulous short cut to understanding History. It is also a true fashion show. 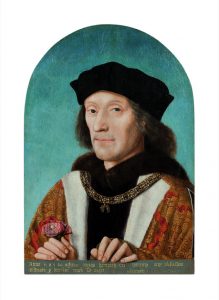 In the first room, you can see two films, one silent of Elizabeth I, with Sarah Bernhardt in 1912, and a  more recent one of Anne Boleyn with Cate Blanchett and her royal costume exhibited in a showcase. What a good idea ! Instead of feeling bored by the heavy historical weight of the portraits, the walk through the galleries becomes a light stroll. Two yellow candleholders, a glass window and a green stove tile, all with the famous Tudor rose, are moving remembrances of daily life in 1550. Then comes the modest Flemish portrait of Henry VII (Tudor), after his victory against Richard III, at 28 at Bosworth which put an end to the War of the Roses, the white rose of the Yorks having been defeated by the red rose of the Lancaster.. 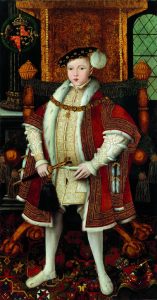 François 1er and Henry VIII (the painting came from Petworth) covered in jewelry, face each other with a defiant look and similar fabulous outfits. A portrait of Anne Boleyn with translucent pearls, is striking as are the portraits (including an anamorphic one) of Edward VI as a child, and the major 1575 Reform scene of the Pope and Edward VI with his father dying on a bed. Portraits of Mary, the first Queen of England, and Elizabeth, who reigned 45 years, are all extraordinary images of violent feuds. 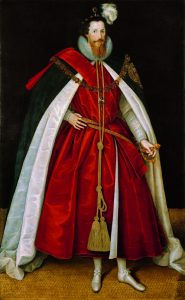 Many 19 th century paintings, including two by Eugène Devéria and opera scenes (with the music by Camille Saint Saens)  inspired by Shakespeare’s plays, give an idea of the fascination created by the Tudors in France. 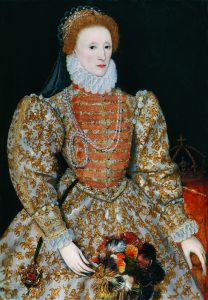 Musée du Luxembourg has the perfect size for this exhibition, curated by the National Portrait Gallery’s Charlotte Boland and Tarnya Cooper, and French art historian Cécile Maisonneuve. (Opened every day till 7 pm (until July 19 th) and until 10 pm on Mondays)

3 Comments on “The Tudors, a real fashion show”