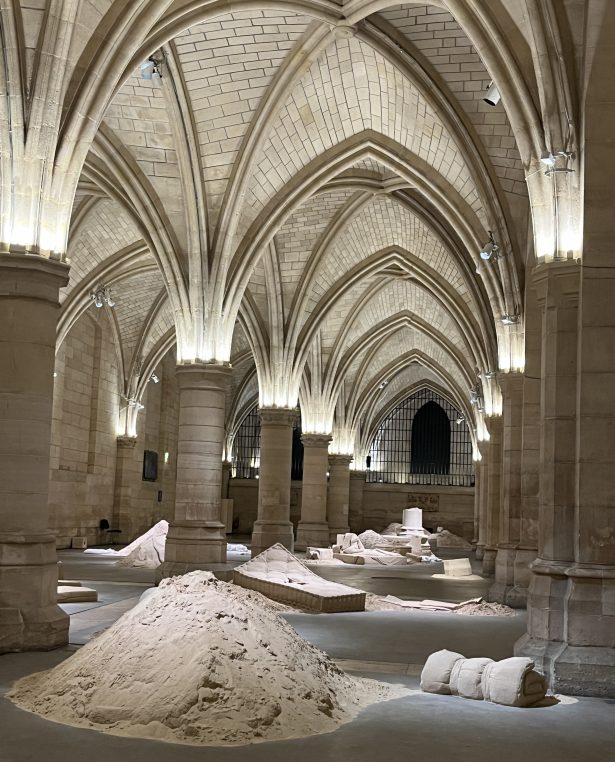 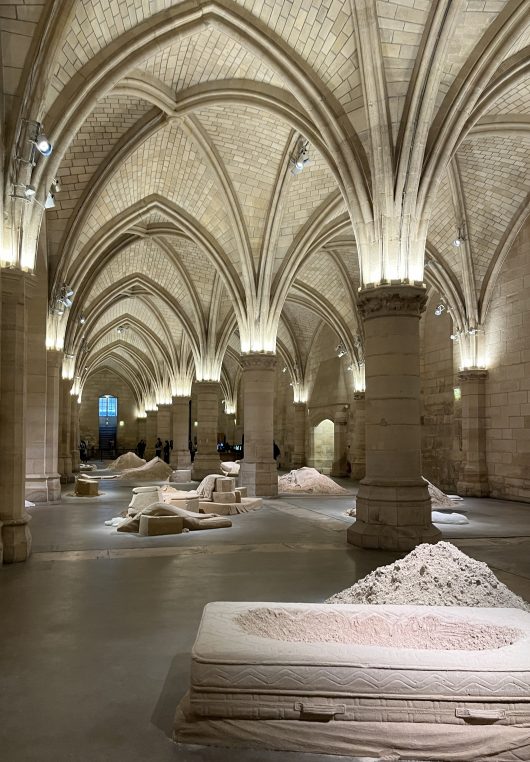 When you enter the space, you are immediately overwhelmed by the sand sculptures

I had missed the opening of the exhibition and when I went to the Conciergerie on a Monday morning to visit “Outremonde, The Sleeping chapter“, I noticed two people who were obviously not tourists and stood still in a corner observing. So I went straight to them and started asking questions… The man answered very obligingly. “Yes the artist uses a large box which he fills with sand and water, makes it dry thoroughly so that the sand can be sculpted. He then puts a pillow or a mattress in front of him and sculpts it in sand”. A bit like a sand castle on a beach. The difficulty is, of course in the long run, to keep the material wet enough so that it does not dissolve itself. Only after explaining everything, did Théo Mercier admit to being the artist and not his assistant. Very charming and unpretentious. 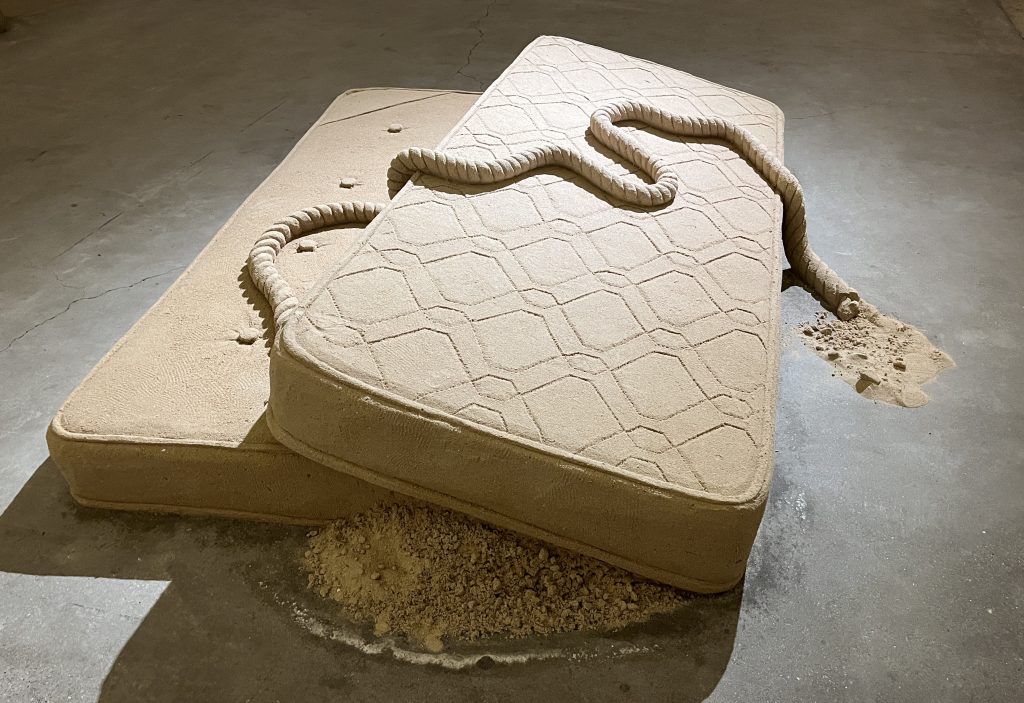 Born in 1984, he was first noticed at Salon de Montrouge for his “Solitaire”, a sculpture made of cooked spaghettis in 2009, and won the Prix de Rome which sent him to Villa Medicis in 2013. In 2019 he was awarded the Silver Lion at the Venice Biennale for dance, for his direction with dancer Steven Michel. What we are seeing at the Conciergerie is the third act of what was already shown in Avignon during the festival at Collection Lambert in 2021. And later the second act, in Zurich at Luma Westbau last summer. It is stunning when you enter the beautiful gothic space where Marie Anoitnette was made prisoner. And the color of the sand is so uniquely adapted to the tone of the stone. 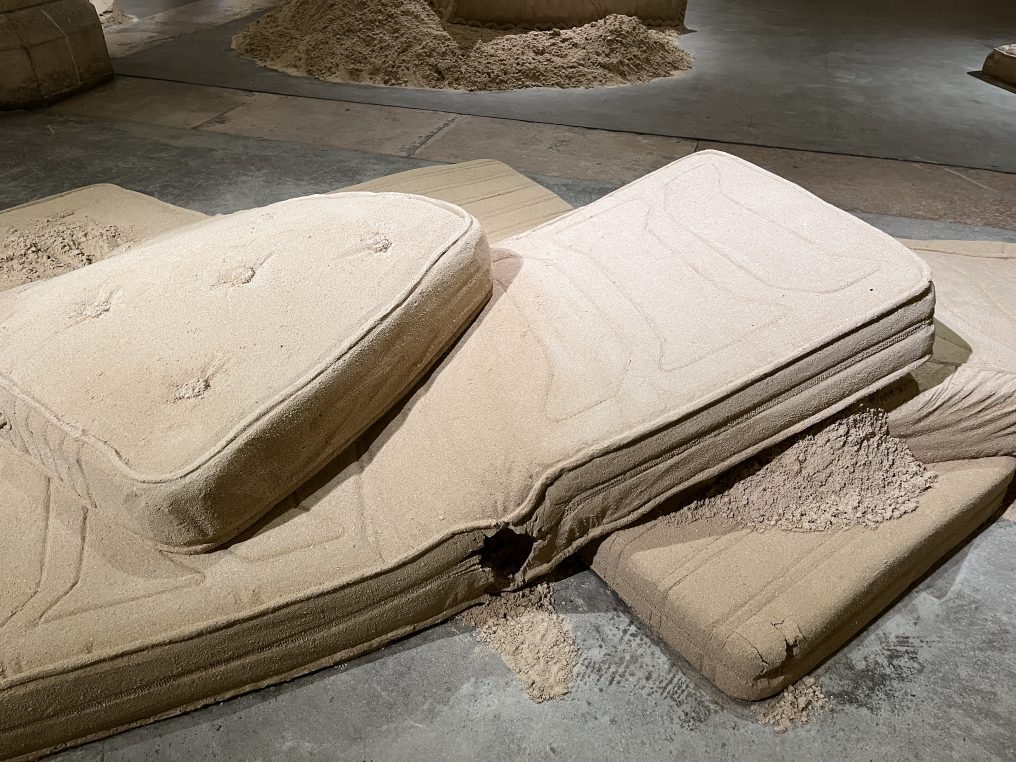 Among the fifty beds and mattresses, the artist has introduced some dogs in a whiter sand and they give even more reality to this gigantic dormitory. Some eiderdowns are lying around unmade beds and sheets and pillows are fascinating.

This is a nice way to (re)visit the Conciergerie a monument full of history and a prison during the Revolution. It is mandatory to book. Open every day from 9.30 am to 6 pm. You can also acquire a special pass to enter all Monuments Nationaux around France for 45€. Special performances will take place from 3-11 December sponsored by Fondation d’Entreprise Hermès and tickets can be bought on the Festival d’Automne‘s website.