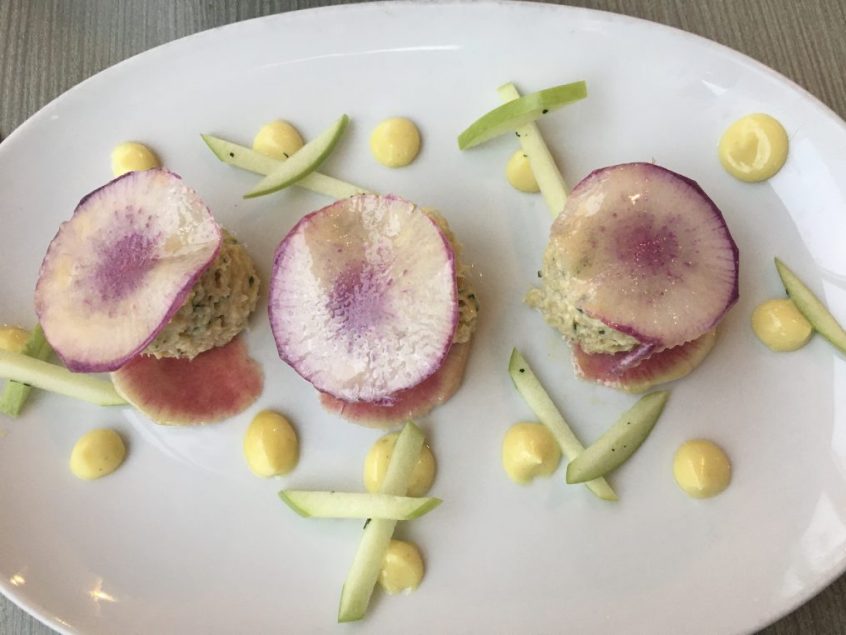 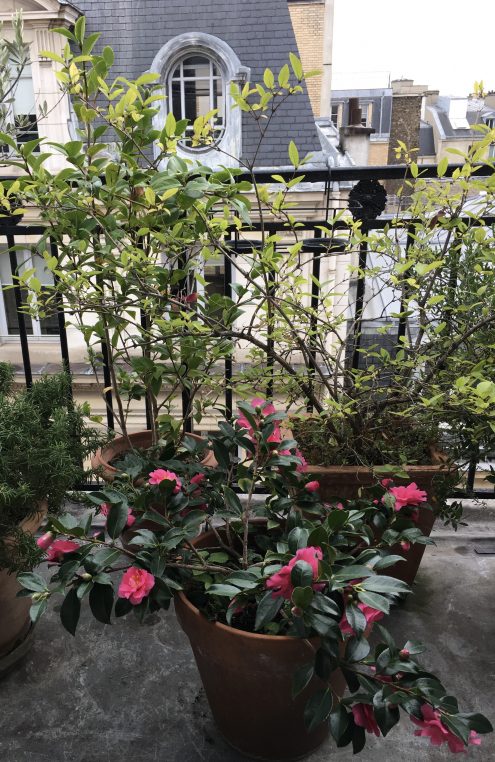 Confinement started in Paris last Friday and of course we are back to having to fill out forms every time we want to buy a baguette. So this week, we will not be able to attend the much anticipated Marc Riboud exhibition at Musée Guimet, which is completely installed and waiting for the public. The photographer, who spent much time in Asia, has given the whole of his 50 000 corpus of photographs to the French State and this exhibition, which will last until March 1, is a first selection of his work, made with Catherine Chaine Riboud, his wife. Here is one of his most witty shots, at the British Museum in London.

At the British Museum, England, 1954, © Fonds Marc Riboud at MNAAG

We will not attend Sandrine Piau‘s Instant lyrique evening at Elephant Panama but we can go on YouTube at 7 pm on Tuesday November 3 and until the 18th, and listen to the concert for the price of 2.99€. She his accompanied by Susan Manoff and the young French soprano Chloé Briot will sing along. Ernest Chausson, Hugo Wolf, Gabriel Fauré, Robert Schumann, Richard Strauss and Samuel Barber, Ivor Gurney and Francis Poulenc are on the one hour program. 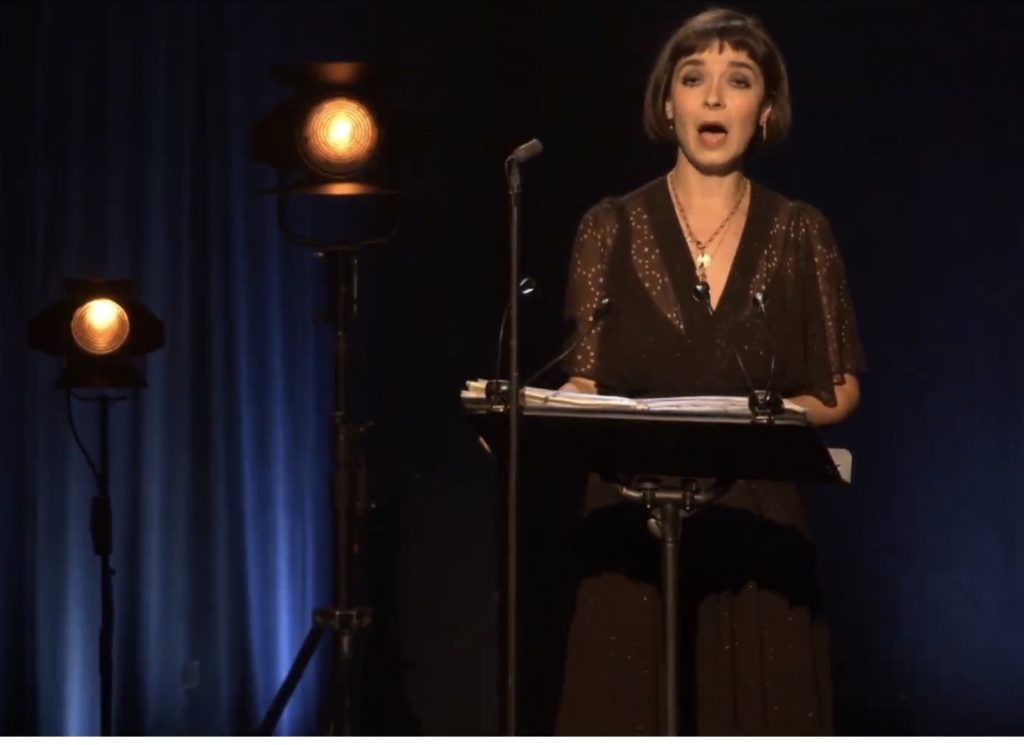 One of the most moving moment of the week was to “zoom” on All Saints Day with the eight children and friends of Kevin Pakenham, who died on July 19,  and would have turned 73 that day. He was a good father, a brilliant businessman and a great friend and we enjoyed many fun golf games together. His sister Lady Antonia Fraser and his eldest brother Thomas Pakenham told stories about his childhood, when he was a very mature three year old raised with much older siblings. His wife of two years, Ronke Philips, an ITV News reporter, had devised the large group with Kate Pakenham, his daughter, and some of his recently published poems “Songs of Love”  illustrated by him, were read by members of the audience. 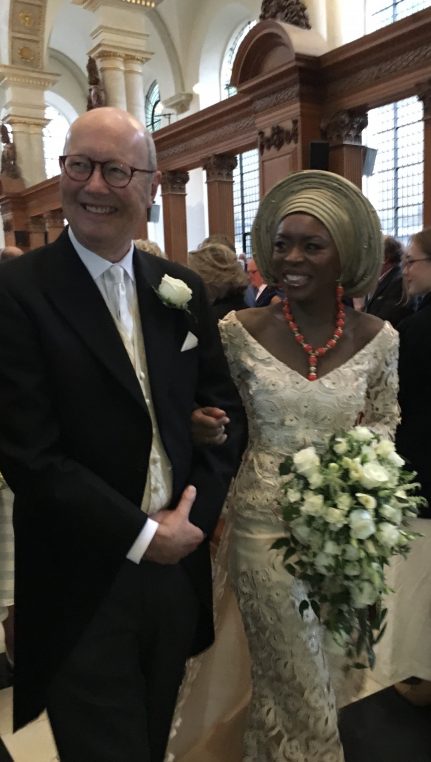 Kevin Pakenham at his wedding with Ronke Philips on September 22, 2018 in London

About Song of Love he had written: “I hope you find these poems fun, and  provoking, for what is fun without a bit of provocation?  Where the currents of different thoughts and emotions collide, these poems were written, for better or for worse. In this book there are some quite worth reading, and some not so, but you may not agree which are which. So I cast them all at your feet and leave them to the chance of the enclosing waters.” The book is published by Bernhurst Press and all proceeds go to the Longford Trust Foundation which he founded at teh death of his father, and which is now run by his son Tom. 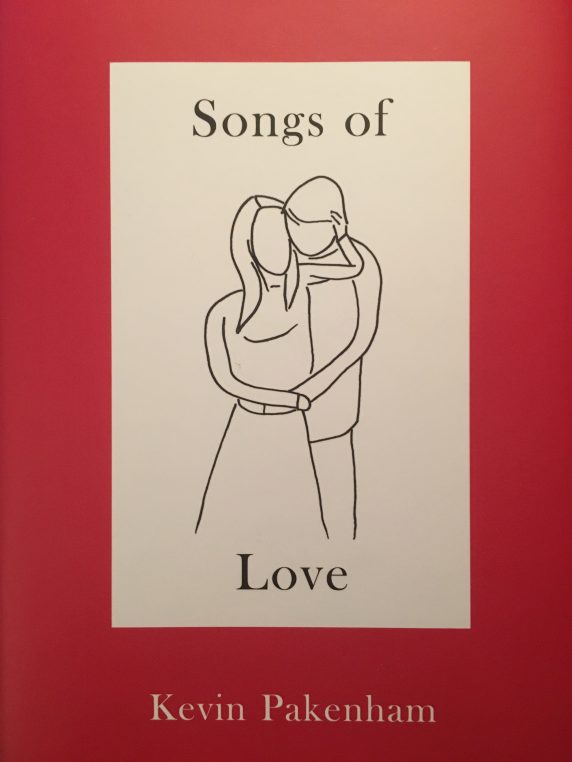 This book can be bought here

And last but not least a wonderful light recipe for a fall evening. Crab meat with mustard and sliced radishes with Granny Smith apple. The talent is in the stacking of the crab and the prettiness of the radish like a mini light hamburger! I tasted it in Arcachon at the restaurant Kraken which is run by Laetitia Natali and Samuel Villa and since it is closed at the moment you can easily reproduce the delicious dish at home. 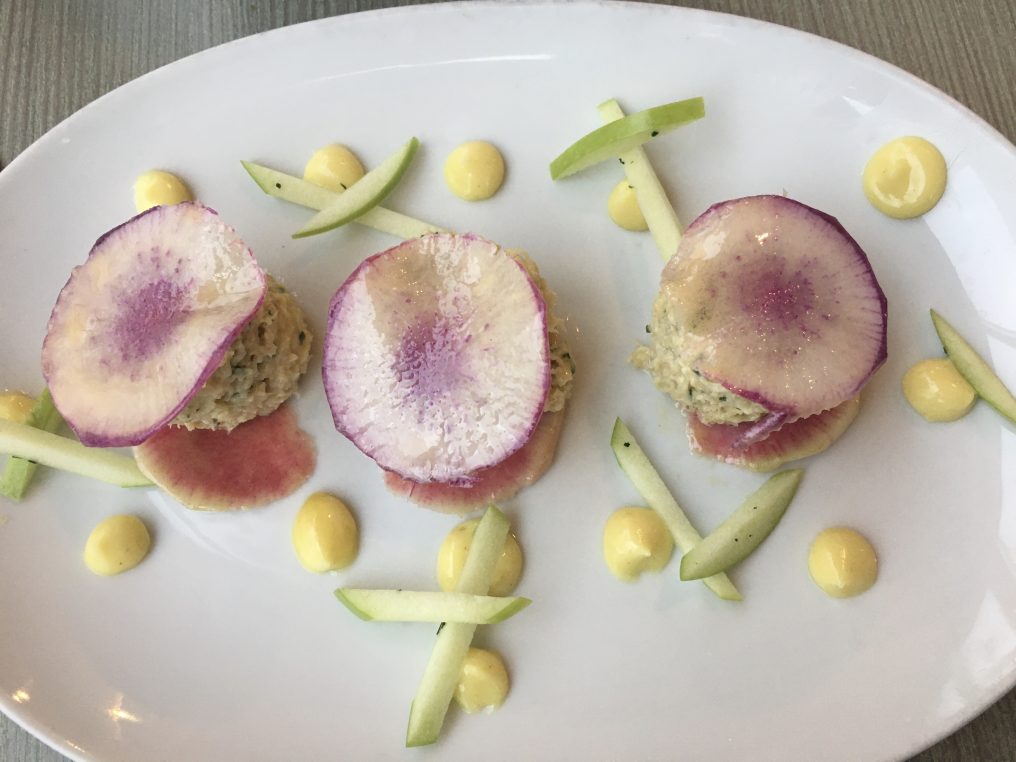 One Comment on “To do and not to do”