Tomas von Houtryve has a Belgian name but was born in California. He has spent his (so far short) life documenting his on-field photographies like the series he did on 21st century Communist countries called “Behind the curtain”.  His present exhibition at galerie Baudoin Lebon in Paris is devoted to “Lines and lineage”, on the Mexican population spoiled of their land and culture by the Mexican war in America. All pictures are sold as a dyptich except for one tryptich and they were shot with a XIX th century camera (which is part of the exhibition) with glass plates. Photos that make you think. 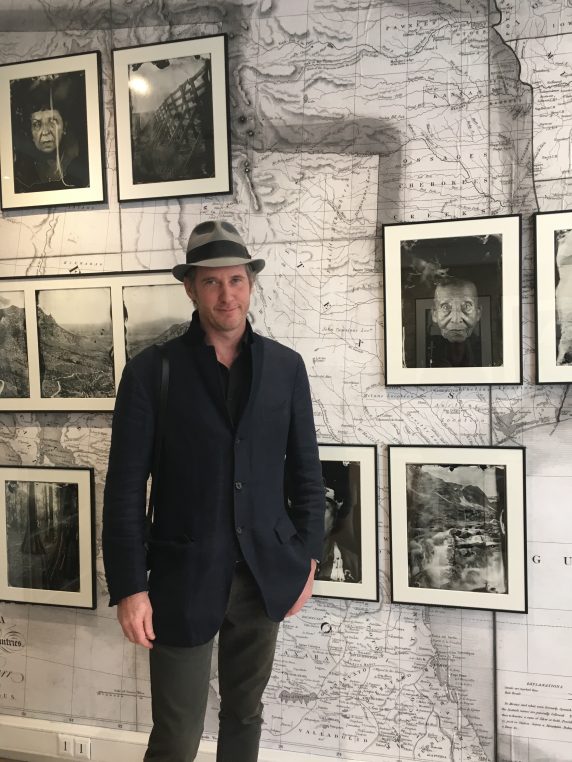 Tomas von Houtryve in front of the 19 th century map showing Mexican territories which now belong to the US.

The triptych of “Coronado Estrada and Border Wall”, 2018 is probably the most fascinating photo as the old black and white technic used gives a true feeling of what the land was under Mexican ownership. Tomas interviewed descendants of the communities who lived on the territories until 1848, thus documenting the human history of all the states, California all the way to Oregon, New Mexico, Texas… The photographer questions in a very efficient way the history and memory buried by the “dominant American myths”, and also the families, the Mexican heritage. A video installation “Divided” offers a reflexion on the metal fence stretching from land to the Pacific Ocean between the US and Mexico.

More than a political position, he takes an aesthetic attitude towards historical situations. In his series “Blue sky days” following the killing of a Pakistani woman outside her house, he went out “with my camera attached to a small drone, I  travelled across America to photograph the very sorts of gatherings that have become habitual targets for foreign air strikes—weddings, funerals, groups of people praying or exercising. I also flew my camera over settings in which drones are used to less lethal effect, such as prisons, oil fields, and the U.S.-Mexico border. The images captured from the drone’s perspective engage with the changing nature of surveillance, personal privacy, and war.”

Traces of exile is another topic he covered on today’s emigrants and while he shot Paris streets on the days after the November 13, 2015, Bataclan killings in Paris, he also went out on the street for CNN after Notre Dame burnt down a month ago. He then documented every day life as it resumed.

In the present show, each one of his portraits is of incredible quality and the association of the landscape gives it even more richness. All photos are gelatin silver prints. After a publication on the New York Times website and twelve pages in Harpers in the US, van Houtryve is also exhibiting at the Cathedral of St John the Divine until the end of June. He and his wife, documentary film maker Mathilde Damoisel, share a common passion for film, journalism and travelling. They live in Paris. 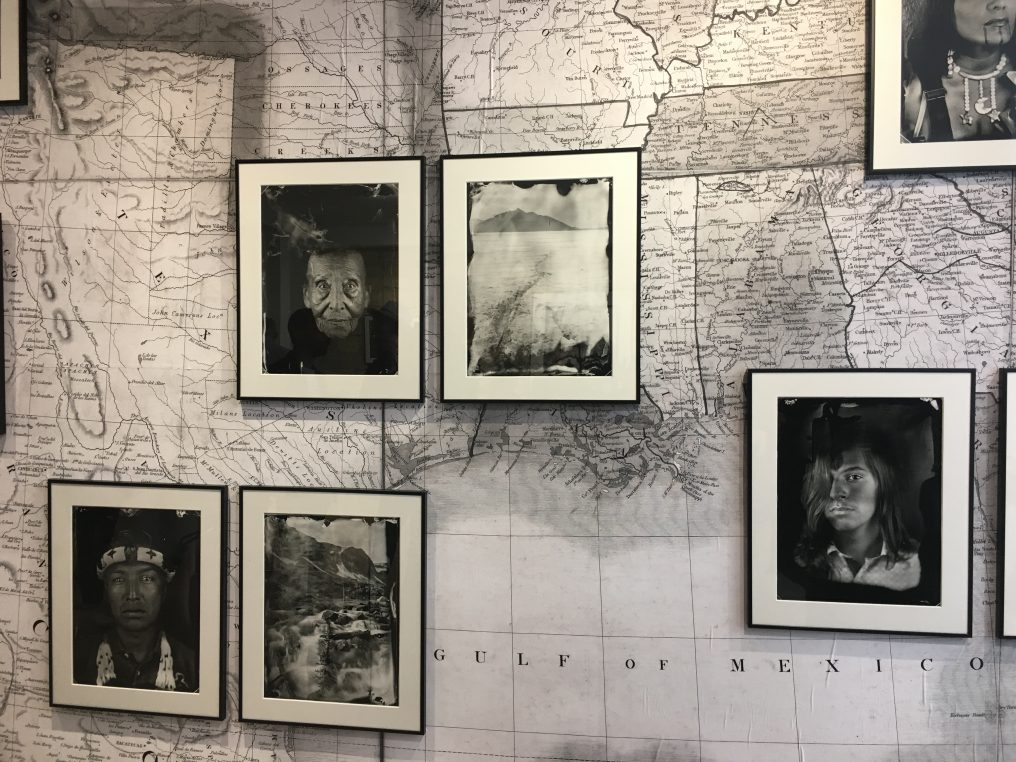