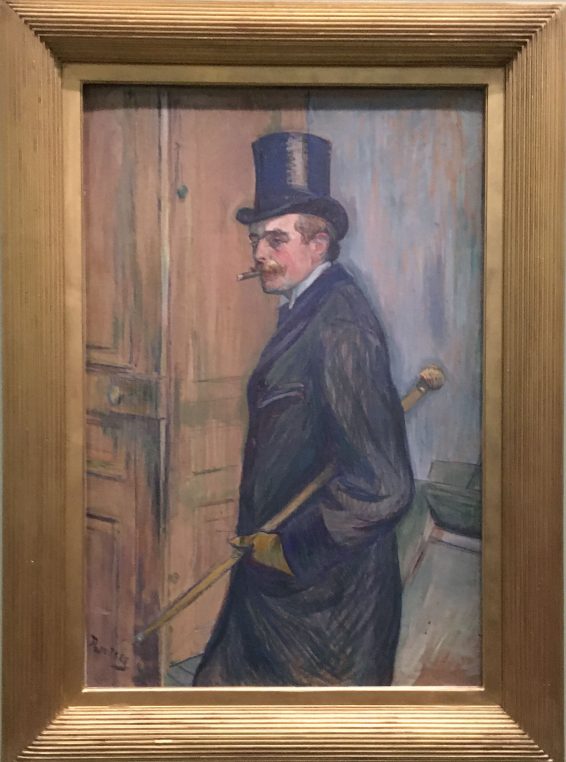 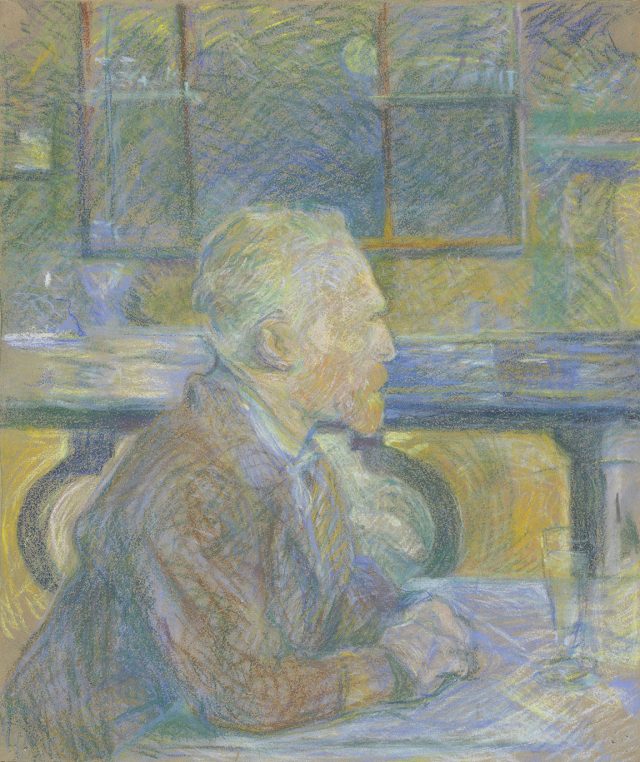 Henri de Toulouse Lautrec was born in 1864 in an aristocratic family and spent his first years with his mother near Narbonne and in the Rouergue. They moved to Paris when he was 8 and he attended the future Lycée Condorcet, the same as Proust’s. His health was unsteady for he had inherited a genetic disorder similar to osteoporosis and he fell and broke his leg at 14. This led to many years of staying home and drawing and a lifelong limping. The retrospective of his work at Grand Palais includes 228 works which were lent by Musée d’Albi and many American museums. It is the first since 1992 and shows vividly how modern he was for his times.

Toulouse Lautrec was very inspired by photography, and his passion for horses, transmitted by painter René Princeteau who taught him when he was young, was reinforced by Muybridge’s famous shots which he is father collected. He was both attracted to his family’s habits of horse back riding and shooting, and by the naughty life of cabaret in Paris, where he became a fixture, drinking and chatting up the whores. He even had his own room in a brothel.

His short size made him an unattractive man, but his social manners, his great sense of friendship and observation and his unique talent, transformed him in a unique witness of Montmartre life until he died in 1901, aged 36. Le Moulin Rouge, La Goulue, Aristide Bruant, Yvette Guilbert, all these names were made famous by his prints and posters collected at Musée de Montmartre and all around the world.

Of course a large part of the show is devoted to the ladies with “Messaline descending the staircase” at the Bordeaux Opera, a beautiful portrait of Carmen Gaudin from the Clark Institute, Jeanne and Suzanne, dancers, singers and prostitutes. But what stunned me this time, was the series of male portraits done at the Academy of Medicine, at the Moulin Rouge or in the theater and in brothels. Doctor Henri Bourges, Louis Pascal, Gabriel Tapié de Céleyran, all appear as elegant friends in very strong pictures with an English dandy flavor. 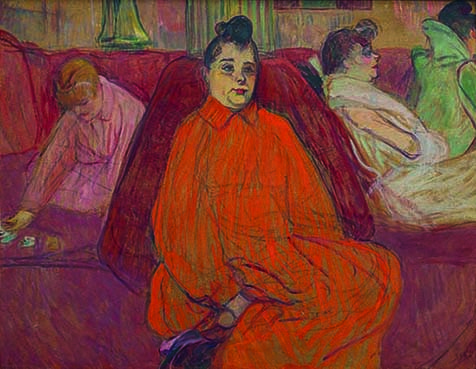 This large exhibition was curated by Danièle Devynck from the Albi Museum and Stéphane Guégan, who also curated a lovely short show on art critic and novelist Joris-Karl Huysmans (1848-1907) at Musée d’Orsay. All the paintings he loved or disliked are shown there in the small galleries on the right side of the central room. From Academic art to independent painting, he shows his admiration for the realist painters. 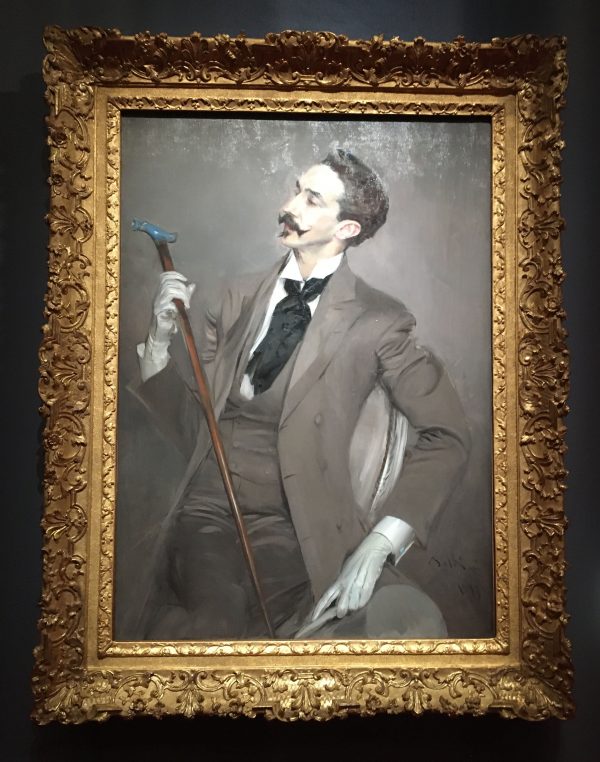 The three rooms are full of extraordinary works like Robert de Montesquiou’s portrait by Boldini. He was the character for des Esseintes in Joris-Karl Huysmans‘ novel “A rebours” (Against the grain). But also Caillebotte’s “Raboteurs de parquet” and Henri Gervex’s “Rolla” a summum of lasciviousness. Jean-Louis Forain (who was also close to Toulouse Lautrec) is there with his letters and paintings,  and there are numerous Degas, Manet, La Gandara, a superb Whistler and Gustave Moreau as well as many prints by Odilon Redon lent by the Bibliothèque Nationale. 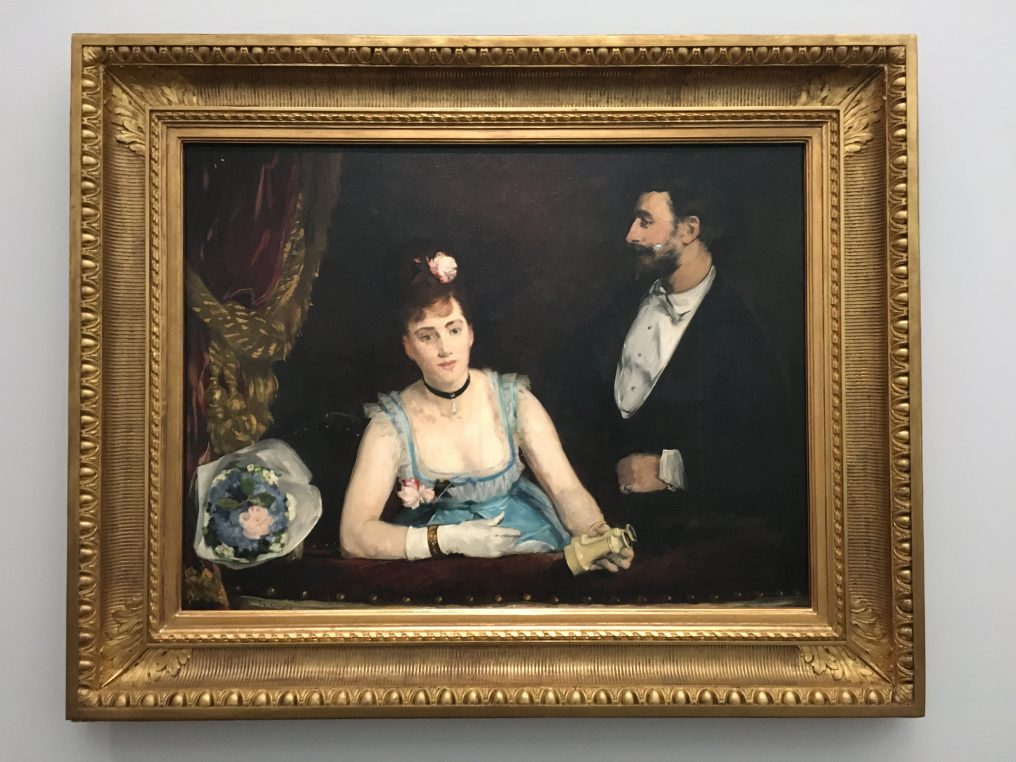 It is a small but very efficient exhibition in honor of one of the most talented art critics of the turn of the century.