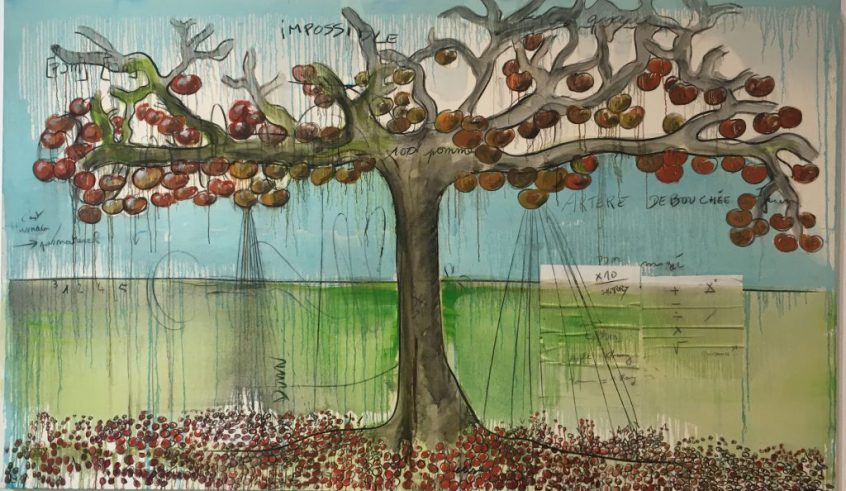 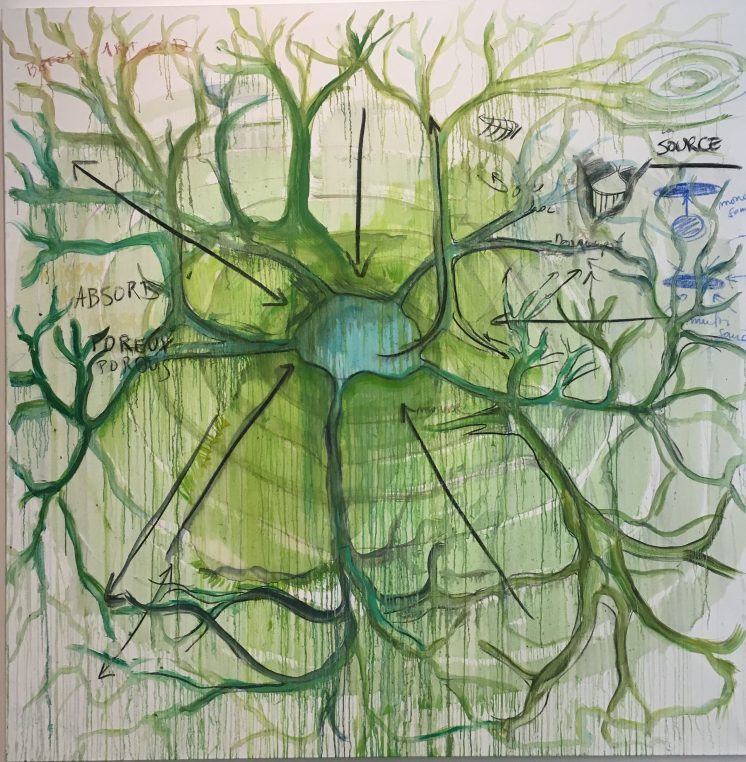 Don’t expect an art exhibition on the theme of trees, “Nous les arbres”, (We the trees) is a scientific and political diatribe for saving trees, essentially in Latin America. The oldest fossils of a forest date back to 385 million years while man appeared only 300 000 years ago. The fight between man and trees is shown through our admiration for this unique live body. One of the great moments of the show is the series of interviews of tree lovers in a film by Raymond Depardon as well as botanist Francis Hallé‘s extraordinary drawings. 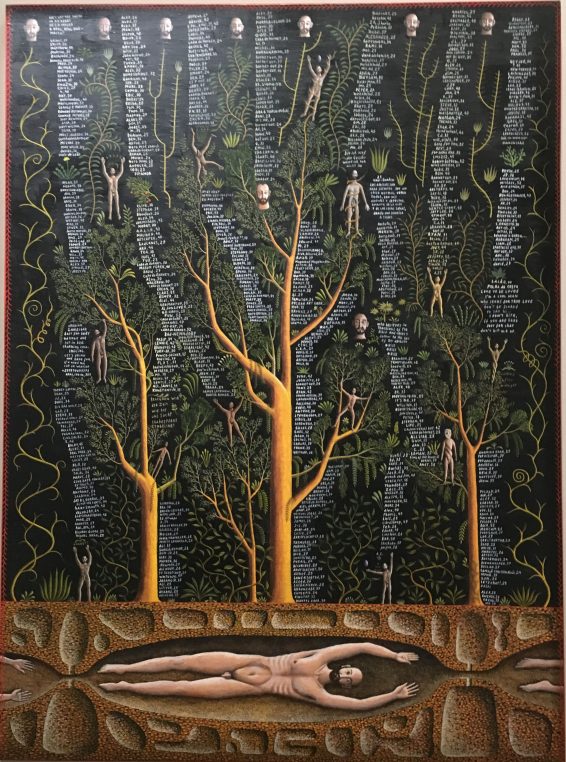 Exhibitions at Fondation Cartier are always intriguing and this particular one is no exception. Artists, botanist and philosophers are united with scientific researchers to put in light the “vegetal intelligence” that could be used for environmental issues. Relation between man and nature is at stake. Amazonian tribes of Yanomani Indians, Indigenous from Paraguay, are put forward by French anthropologist Bruce Albert, who has worked with Fondaiotn Cartier for over 15 years. 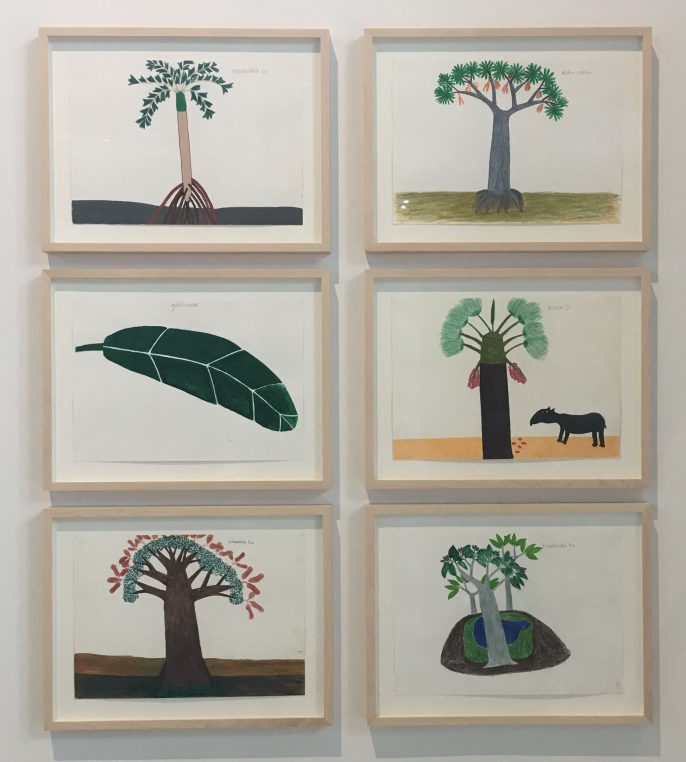 Botanist Stefano Mancuso is a pioneer of vegetal neurobiology: he lets trees speak through captors. I liked the room devoted to painter Fabrice Hybert and the large hall with Luiz Zerbini‘s extravagant “Coisas do Mundo”. Cássio Vasconcellos draws on representations of early European explorers for his “Picturesque Voyage through Brazil” and photographers Miguel Rio Branco and Claudia Andujar also both concentrate on Brazil. Colombian artist Johanna Calle uses old lawyers’ papers to design silhouettes of trees. 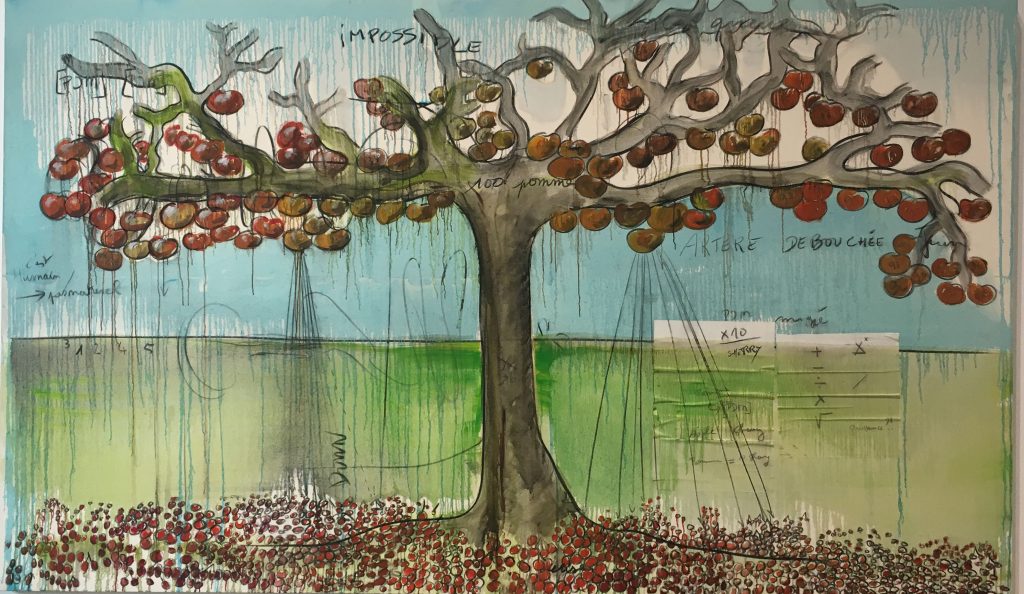 French painter Fabrice Hybert has planted 300 000 seeds in his valley in the Vendée and studies the rhizome growth, mutation, metamorphosis. Not too far hangs a very large ex voto of sculpted wooden hands and heads from Brazil. This is also where Depardon’s series of interviews of tree lovers is screened. The passion of very simple villagers describing the monument they have grown up with is intense. 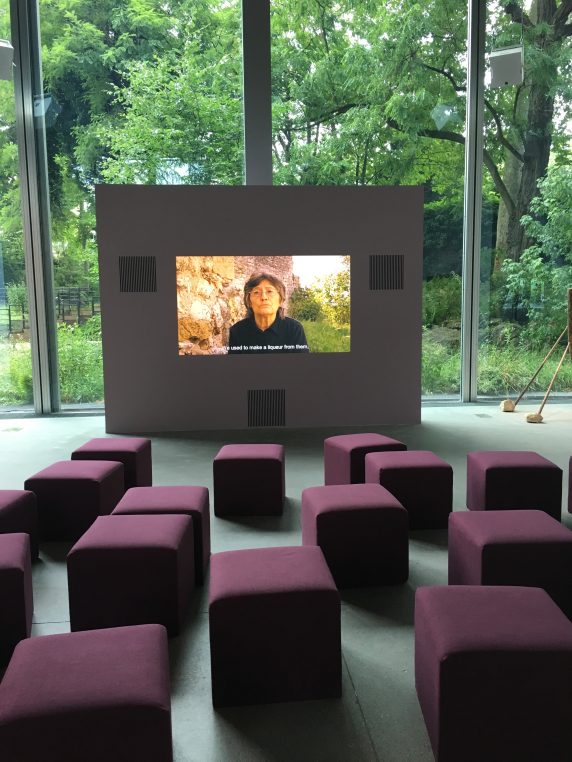 In addition to the exhibition which is a little too obsessed with Brazil and Latin America for my taste, the garden of the foundation shows sculptures and special trees as well as a vegetal wall by Patrick Blanc. A Lebanese cedar tree planted by Chateaubriand in 1823, Agnès Varda’s tree stump “Nini on its tree”, the bronze “Biforcazione” by Giuseppe Penone, and Tony Oursler‘s video installation (from 15 to 30 October)  are all there too. 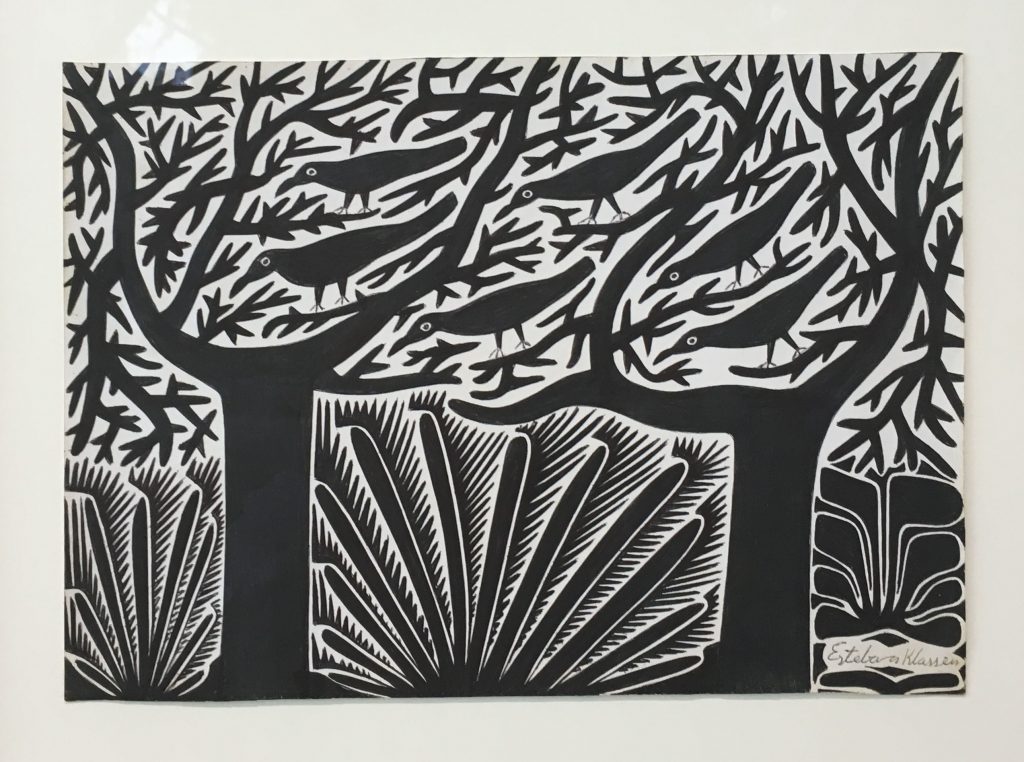 Architects Cesare Lenoradi and Franca Stagi, show downstairs the plans of Park Giovanni Amendola in Modena, where they have colored the trees according to the season. This building designed in 1984 by Jean Nouvel, is definitely his most successful and in the heat, the garden is a welcome haven.

Many events are happening in September and October until November 10, Fondation Cartier, 261 boulevard Raspail.