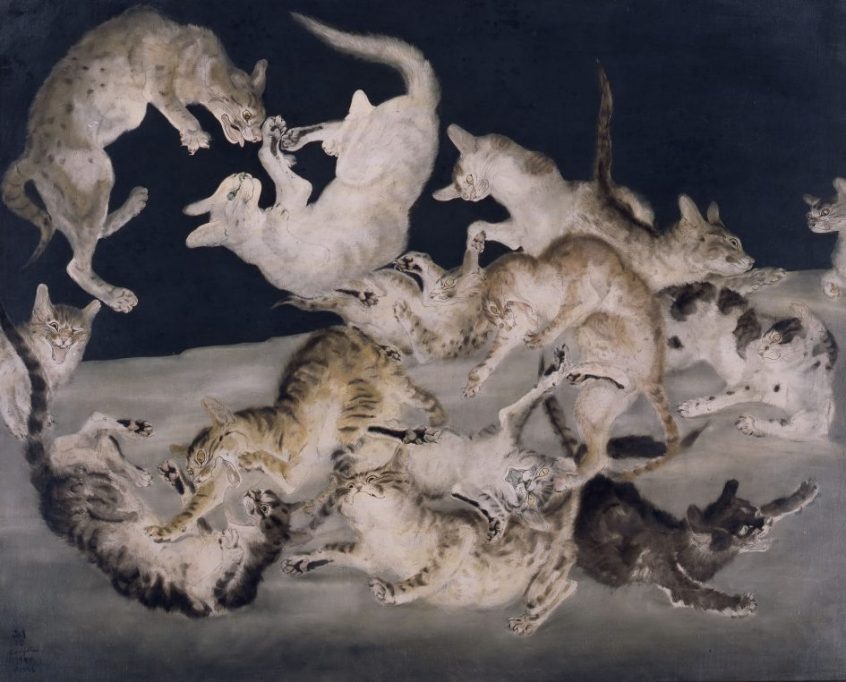 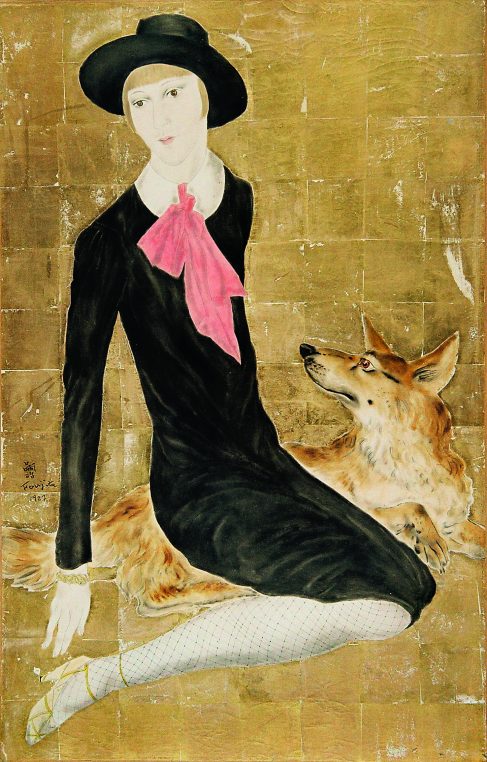 During the 82 years of his life, Foujita (1886-1968),  travelled extensively and chose to live and die in France. He came as a young man in 1914, became almost immediately successful in Montparnasse in the “roaring twenties”, then left for Latin America and was back in Japan during the second world war. He returned to Paris in the late forties, totally disappointed by his country and the horrible war that he was forced to witness and paint. A short exhibition of 36 paintings tells this extraordinary life at Maison de la culture du Japon after Tokyo and Kyoto. And some of the paintings had never left Japan. 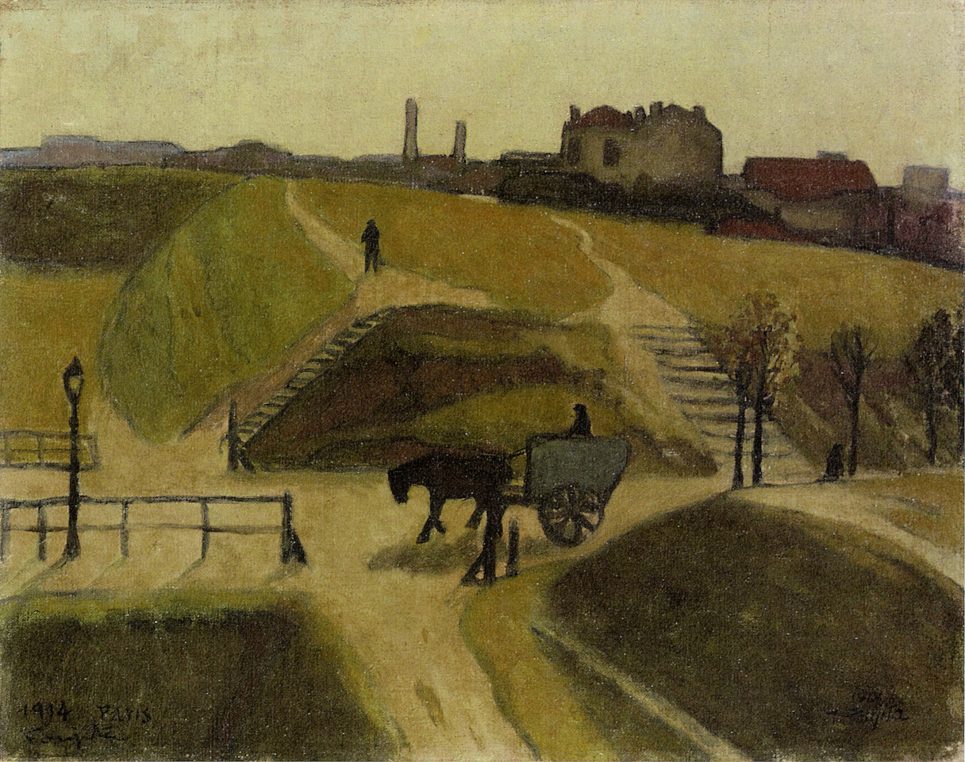 His first portraits seem inspired by both Marie Laurencin and Modigliani. His landscapes of Paris’ suburbs are dark and fascinating. Then comes a series of nudes which are not at all sensuous but put forward the famous whiteness that he liked in women. He nicknamed his Rumanian girlfriend of the time Youki (snow in Japanese). 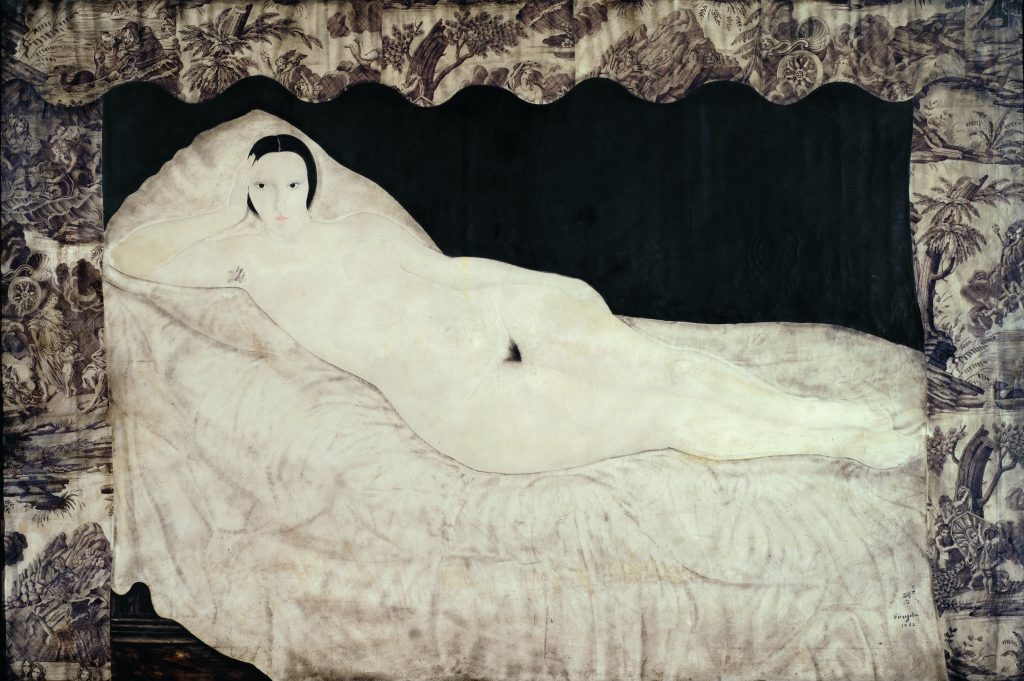 This is also when he painted acclaimed poetess Anna de Noailles and lesbian singer Suzy Solidor, in a “Claudine” collar inspired by Colette, who was painted thrity three times by such as Picasso, Bracq, Tamara de Lempicka, etc… These two major standing portraits render well the mystery of these ladies. In the thirties, he travelled to Mexico and Latin America for a year, exhibiting everywhere before going to New York. He then had to join the Japanese army in 1936, where he was hired as an official painter orf the conflicts and two huge canvases are present in the exhibition: they are a realistic vision of the horror of war. 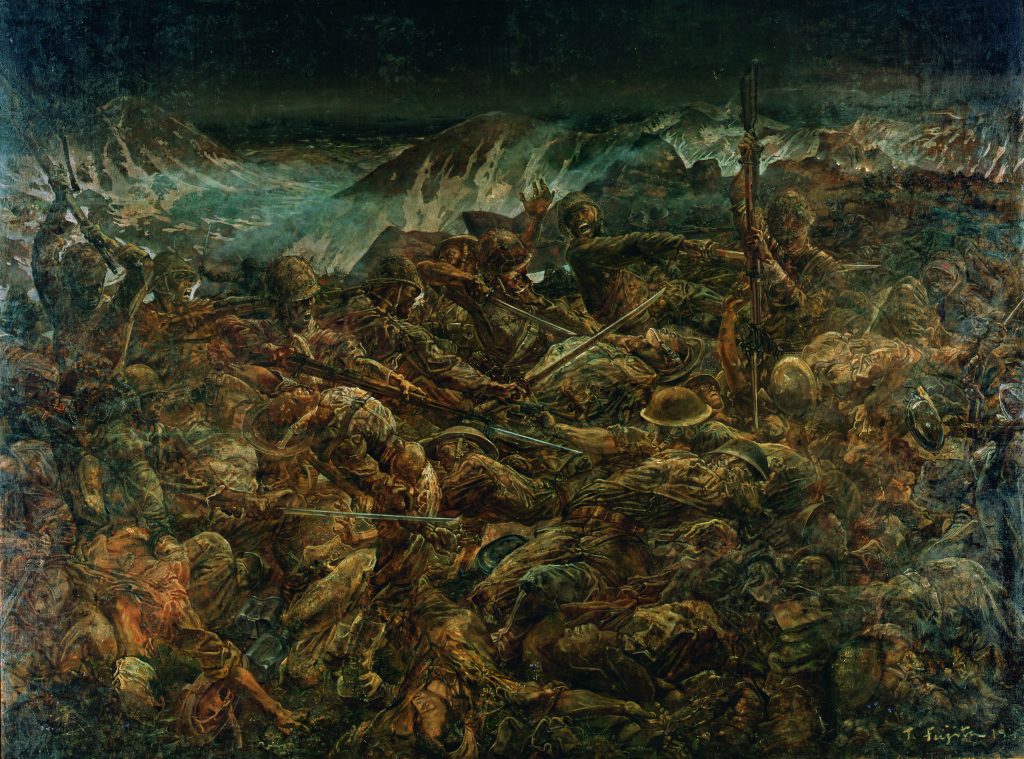 Some of his greatest works were done in Paris after the war, “Un bistrot” and “Quai aux fleurs” are among my favorites. For they describe the old Paris from Ile de la Cité with a Japanese flair. A large room is devoted to his nudes of Youki, the great love of his life, who left him for poet Robert Desnos. But the paintings of cats are more sensuous than those of his lovers. There is in every face of the women he painted an absence, a lack of sensuality that is very disturbing. 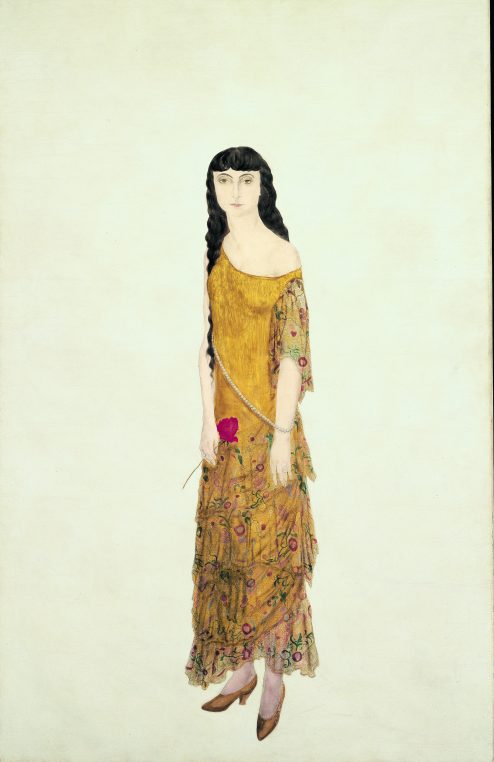 It is interesting to discover his portrait of poetess Anna de Noailles who was born, of Rumanian origins (like Youki), Anna Bibesco Bassaraba de Brancovan. She was a muse and had a salon on avenue Hoche attended by Gide, Claudel, Robert de Montesquiou, Paul Valéry, etc…  She was painted by La Gandara, Van Dongen, Blanche and Laszlo but also sculpted by Rodin and photographed by Otto. It shows that Foujita was not only well introduced in the artistic circles of Montparnasse but had access to high society and Proust’s world. 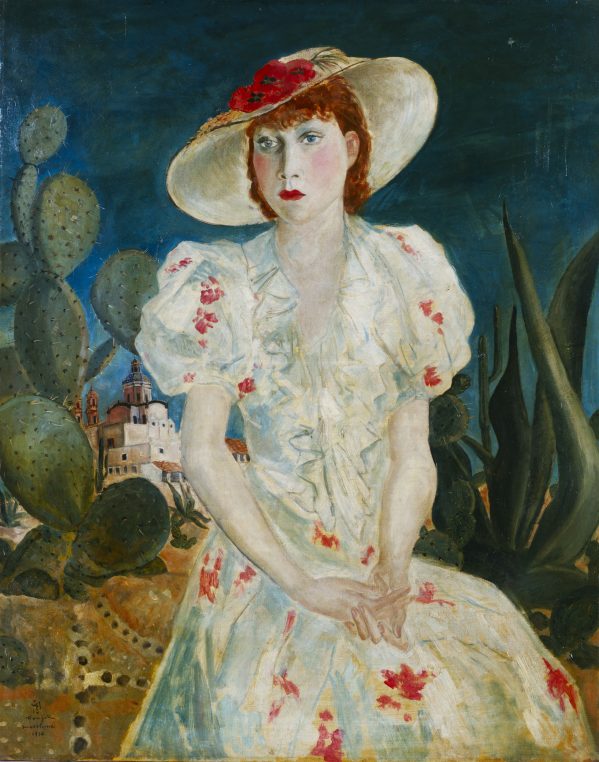 While in Latin America in the thirties, Foujita travelled with his new love Madeleine, and changed his style slightly, adapting to the new environment. The face of his model is still cold and mysterious but the dress becomes more sensuous.

Besides his great love for cats, Foujita surprised the artistic world when he converted (with his wife) to catholicism at the end of his life and built a chapel in Reims in 1966, on the Mumm property, with fabulous frescoes. It is well worth visiting if you travel to the capital of champagne. 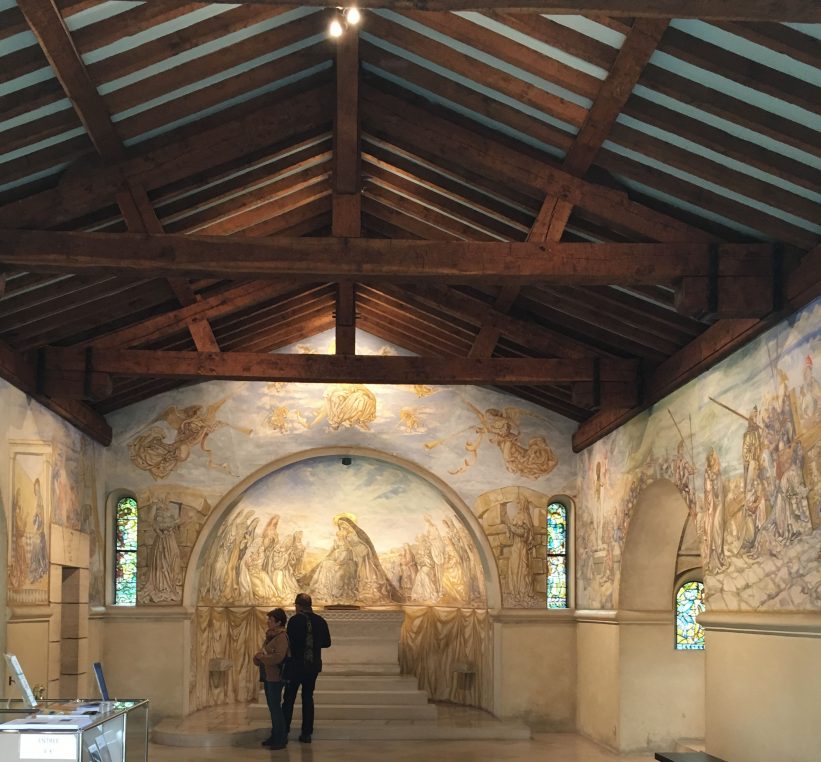 The interior of Foujita’s chapel in Reims built in 1966

The exhibition at Maison de la culture du Japon is on until March 16 from 12 pm to 8 pm.