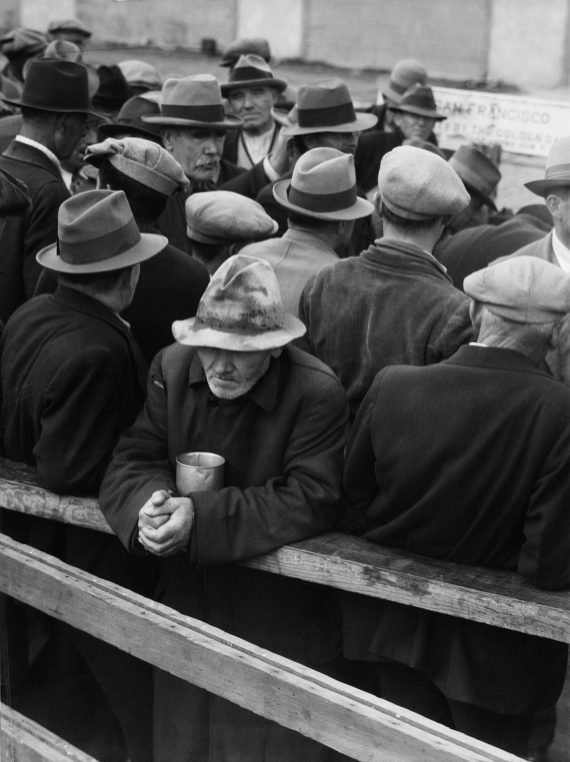 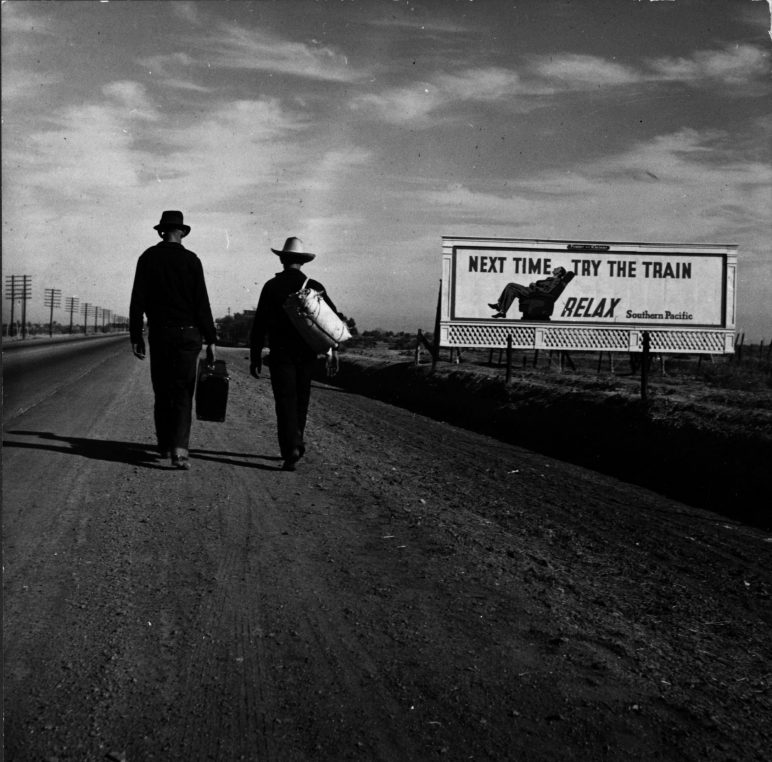 American photographer Dorothea Lange was born in New Jersey in 1895 and is famously known for her portrait of “Migrant mother, Nipomo, California”, shot while she was investigating migrations from the Midwest to California in the thirties. Ana Mendieta was born in Cuba in 1948 and died prematurely in New York in 1985 just after marrying the minimalist artist Carl Andre. She fell from his apartment on the 34 th floor. There are twenty of her  films here. They are the topic of two beautiful exhibitions at Musée du Jeu de Paume in the Tuileries. 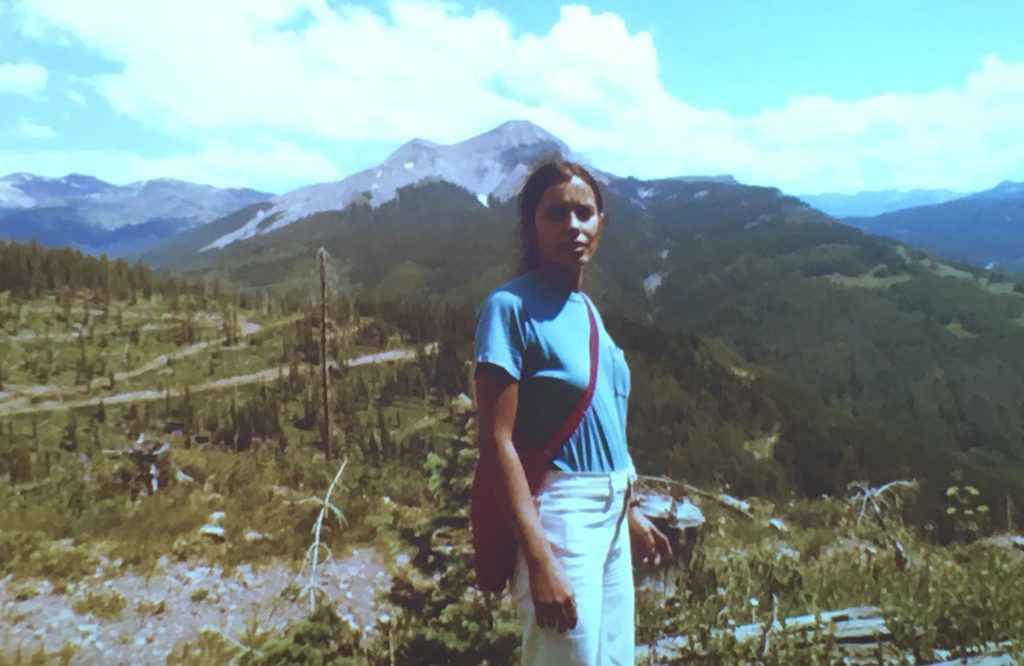 the two artist could not be more different and yet they share a common forcefulness. Doroteha Lange only shoots in black na white and has focused on migrants, black people and poor peasants. One of the fascinating moments in the exhibition which counts many, is the section devoted to the 110 000 Japanese Americans who were interned in 1942 after Pearl Harbor.  Lange was asked to photograph the displacement of these populations throughout California. These pictures, classified as military archives,  were only released in 2006. 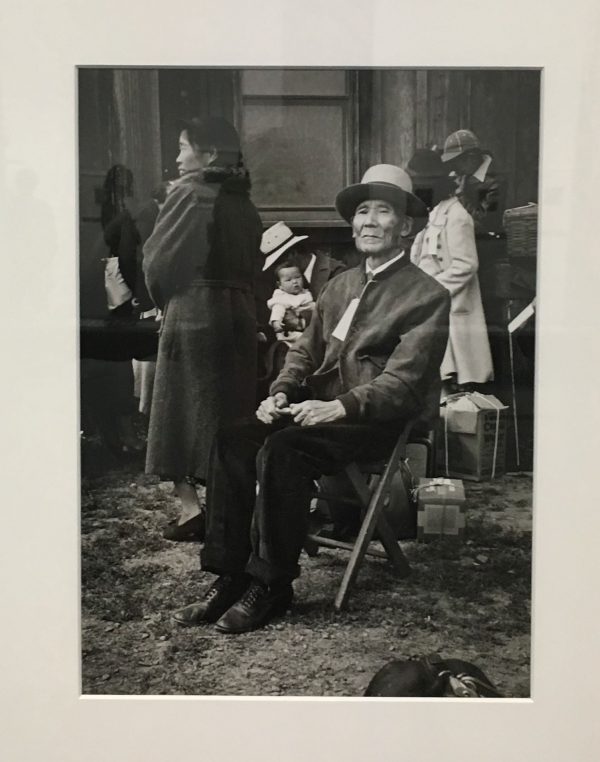 Dorothea Lange covers the Great Depression, the Oil, textile and coal factories, roams the streets of San Francisco, and covers strikes, breadlines and mostly migrations. She travels around twenty two states from 1935 to 1941 and shoots worn out faces, many mothers, groups of men. Some of her pictures have influenced John Steinbeck when he wrote “The grapes of Wrath” in 1939. 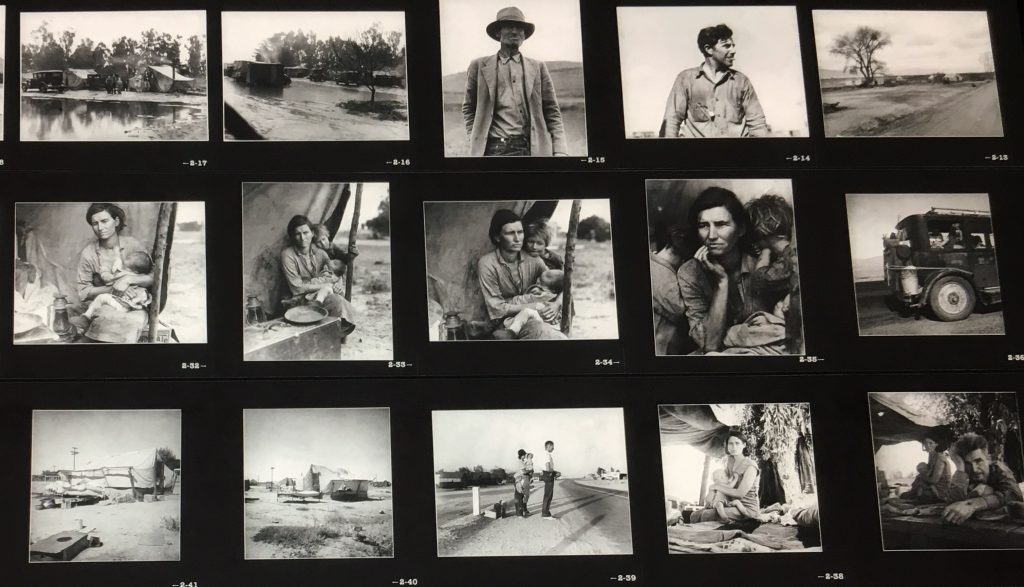 Ana Mendieta was mostly a nature artist and there are twenty of her movies shown here with her performances filmed in Mexico and in Iowa where she was raised. Born in Havana in 1948, she was sent away in 1961 with her sister,  by her parents, after Castro’s coup and was part of a group 14 000 children sent to America in the Peter Pan Operation. Later in 1975, after graduation from the University of Iowa, she would travel to Mexico where she found part of her roots. Her work on her own body, on there of nature in her life and on death will in a way be very disconcerting to her close friends when she dies at 37. 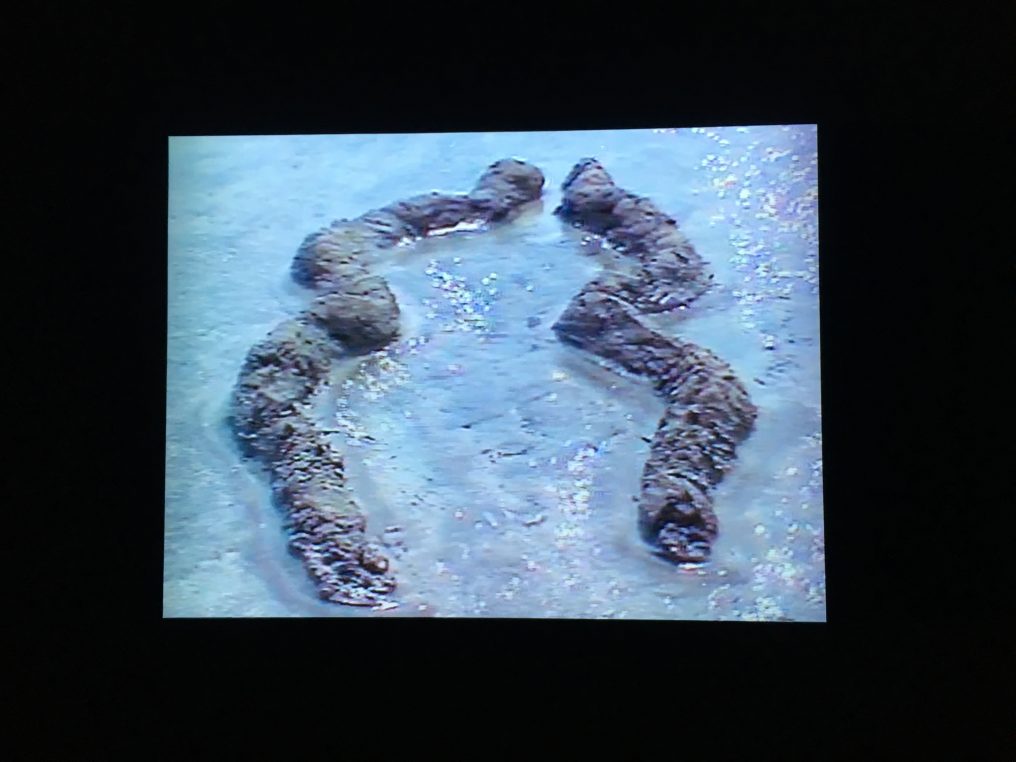 Her videos are reminiscent of Richard Long’s work and the work on her body are incredibly moving. Earth, Fire, Water are the three main components with the prolific vegetation which enables her to work on her earth-body art. 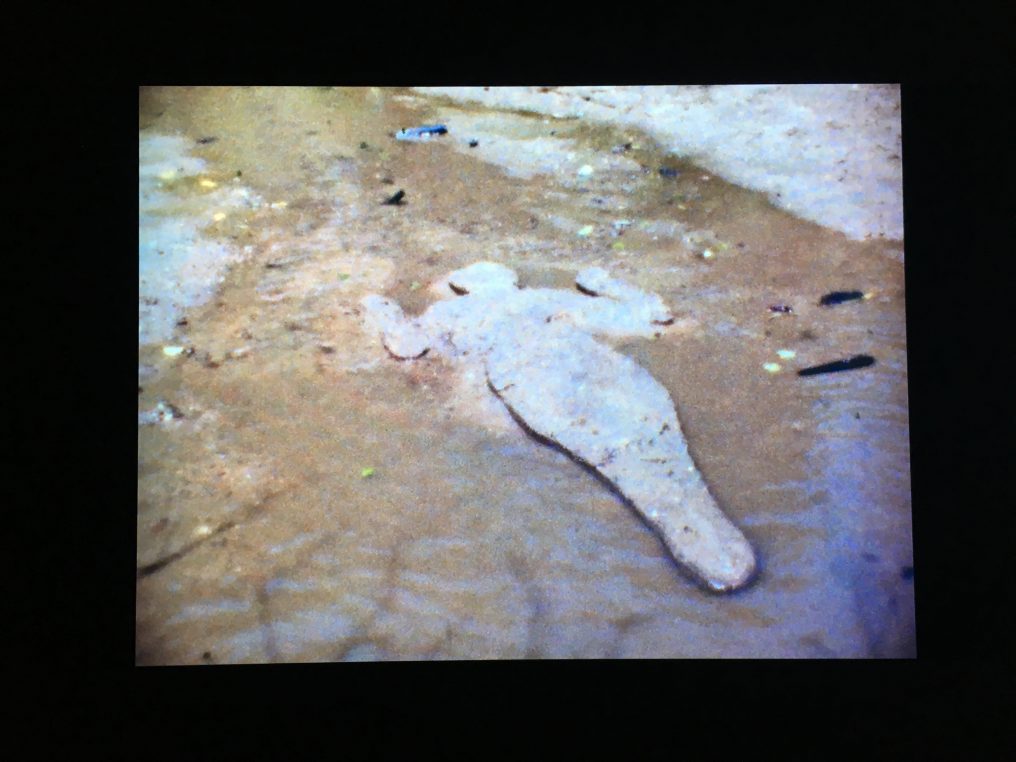 Ana Mendieta’s art is filled with rituals and sacred moments. She develops installations around blood and her body (Blood Sign, 1974)  and uses water in a very sensuous way. She will miss Cuba all her life even though she was allowed to travel there in 1981 and spoke a lot of her bareness due to emigration. 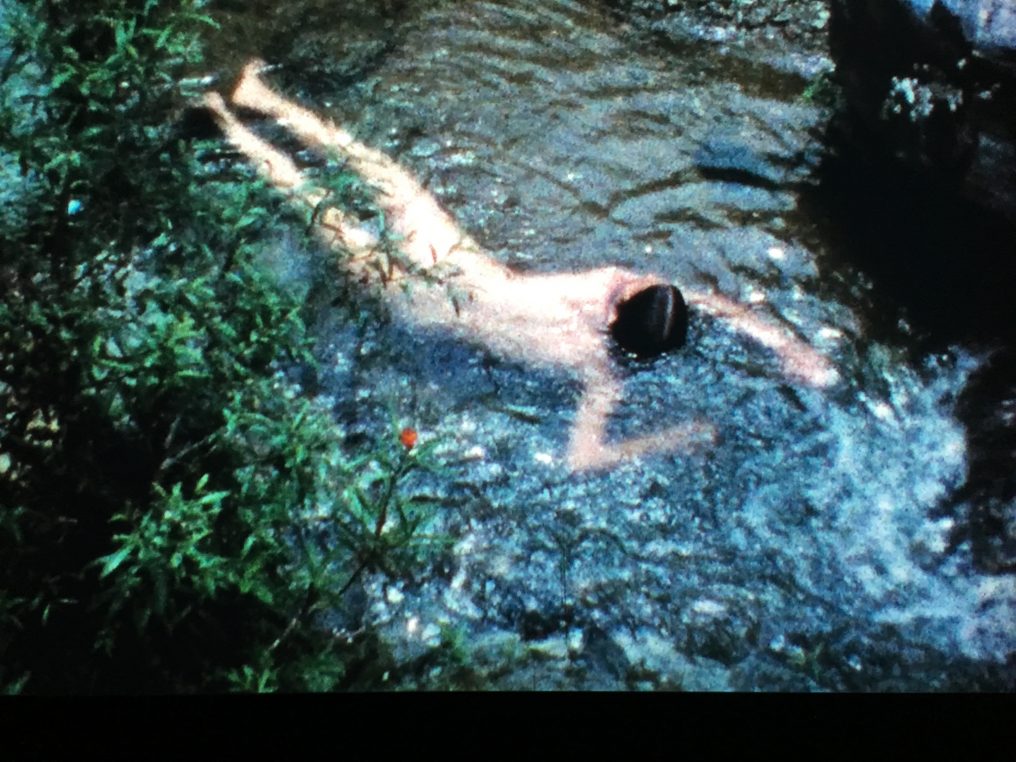