There is a great boom around “Asterix”, at the moment. New attractions and a new hotel at the theme park North of Paris, a new film of Asterix in China “l’Empire du Milieu”, directed by Guillaume Canet with Vincent Cassel and Marion Cotillard, to be launched in Spring 2022 and a beautiful exhibition at Musée Maillol, on  rue de Grenelle, around its creator Albert Uderzo (1927-2020). This is the first major show of his work, organized by Agence Artcurial culture with 300 drawings and it is curated by the artist’s daughter, Sylvie Uderzo.

Albert Uderzo was born in France on April 25, 1927 from a family of Italian refugees who had fled fascism. He was color blind and had twelve fingers. Two major handicaps for a future star of drawing. His father was a violin manufacturer and his brother a mechanic and found him a job as truck driver, but he knew at an early age, that he had magic in his hands. He started very young to draw for a press agency and became a reporter for France Dimanche after the war, which he spent in Brittany. At 17, he had already drawn body studies inspired by Mr Universe, and created at 20 the  character “Arys Buck and his magic sword”. As a press reporter he will develop, many styles and many characters. He lived on rue de Montreuil and bought his first car, a Simca 5, in 1950. This is the year he draws in ink “Chauffeur” (driver) for the magazine. 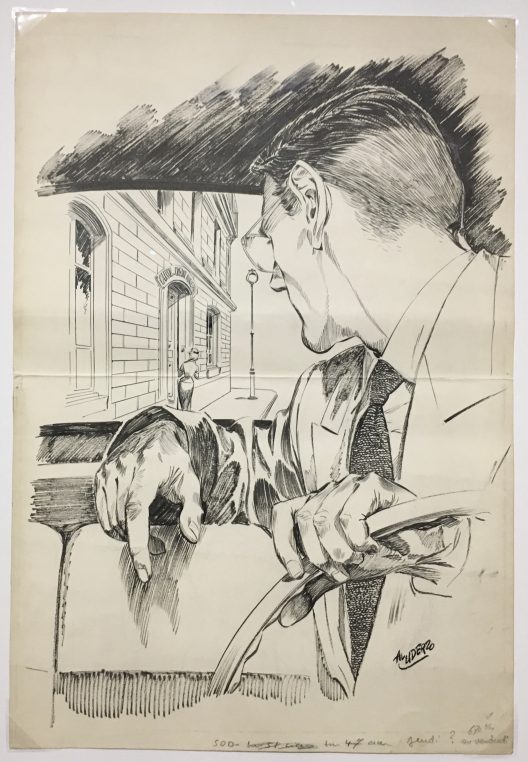 And this is also when he meets René Goscinny exactly the same age as his who had been raised in Argentina.  He will become the story teller for his drawings. They worked together for “Bonnes Soirées” magazine and were in charge of the “politeness” column. The inspiration for the texts came from old educational textbooks and these two young boys became masters in good manners. They then started working for “Pilote” and created the characters of Asterix and Obelix followed by their dog Idéfix, whose name was found by the young readers of the magazine. In 1966, Asterix becomes the comic book which everyone should read and the story of this little village in Brittany, which resists against the Roman invasion is the symbol of all resistance with a sense of humor. Some of Goscinny’s key sentences become popular French expressions. 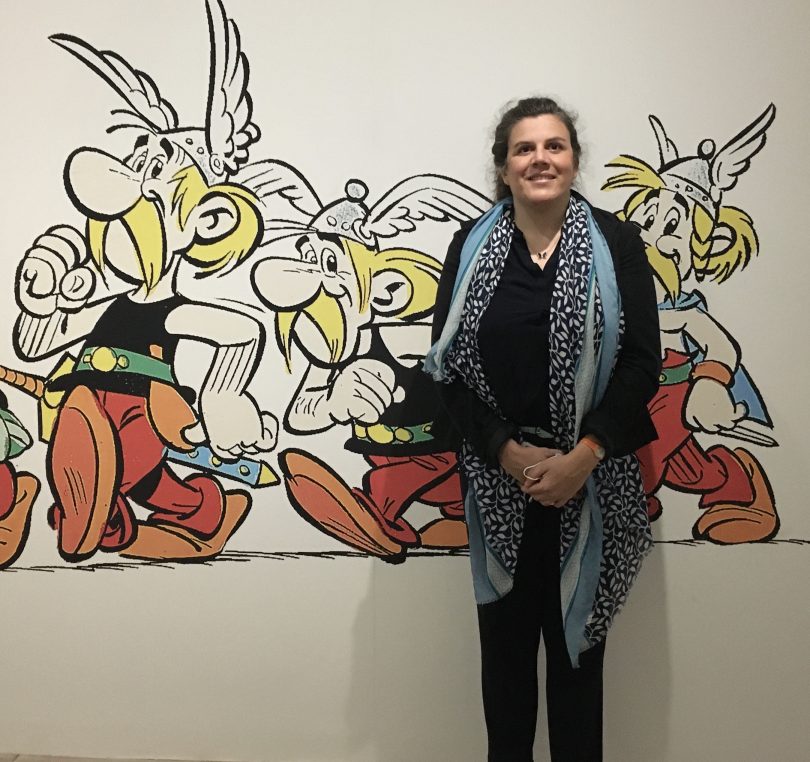 There is a room downstairs in the exhibition which contains all foreign editions of the works and the galleries are extraordinarily well balanced with black and white works and red titles on the walls, a series of never seen gouaches and drawings kept by Uderzo’s family until now. The scenography is great fun with decors and titles painted all over. The cover of Time magazine in 1991 shows “The New France” with Obelix and Asterix bringing a menhir to the Pyramid of the Louvre, Montmartre and the Arc de Triomphe. 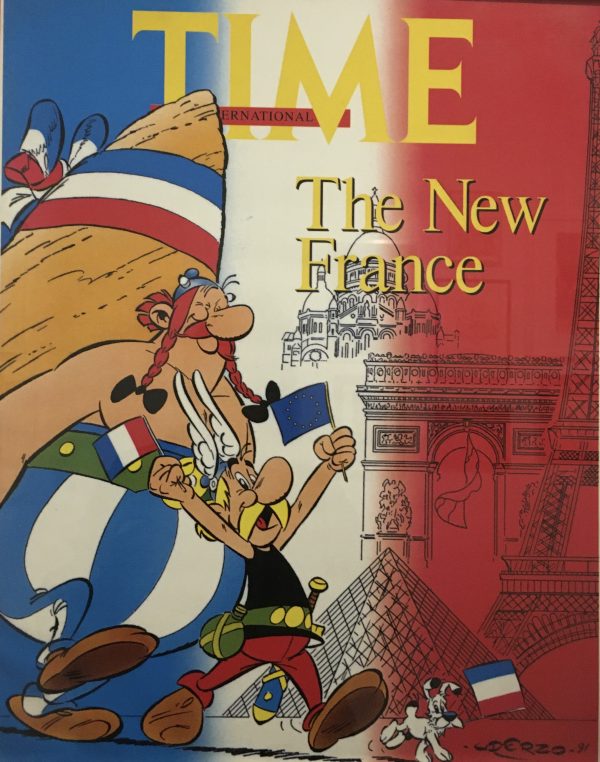 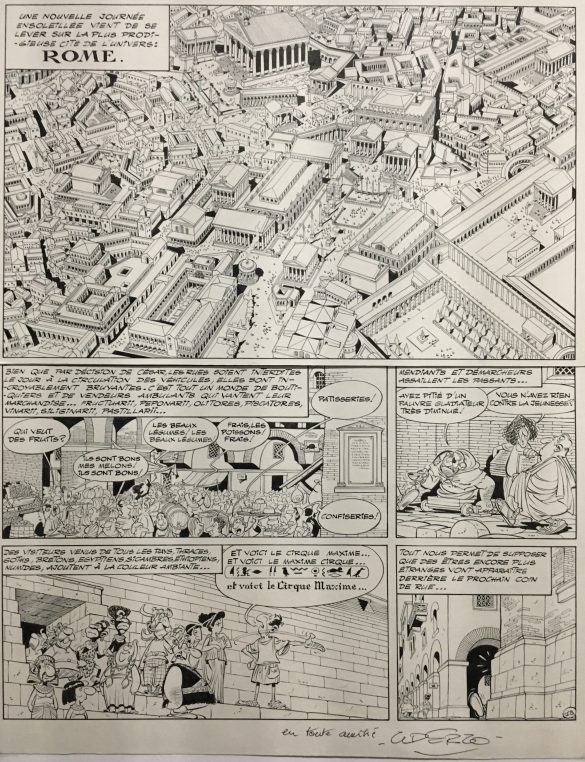 Uderzo had a unique talent of historical reconstitution in this drawing of  “Cesar’s Laurels”, 1972, published first in Pilote

This exhibition is great fun and full of surprises. You don’t have to be an expert of Asterix to enjoy it for Uderzo’s talent is greater than his characters. It is open at Musée Maillol until September 30, at 31 rue de Grenelle, Paris 7.