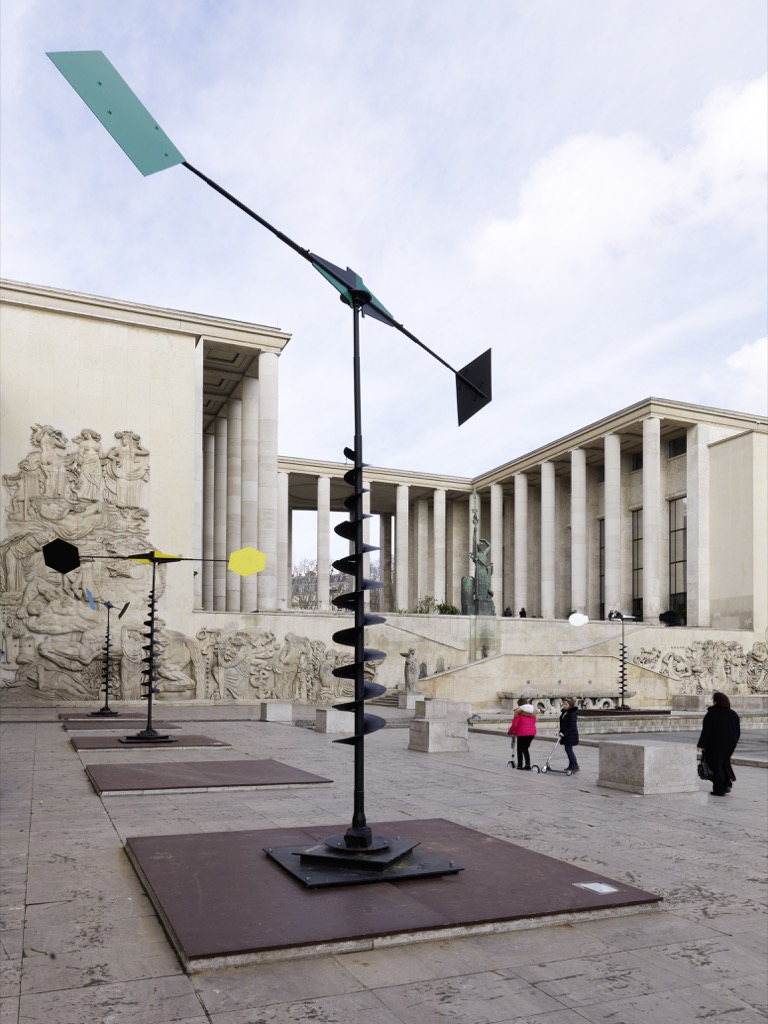 It was fun, last night at the trendy Palais de Tokyo in Paris, to watch kids and adults behaving like kids, with their compass. They were experiencing the magnetic sculptures by Greek born sculptor Takis. The artist who spent most of his life in Paris studied with scientists from MIT experimenting light and sound, striving to capture cosmic energy. 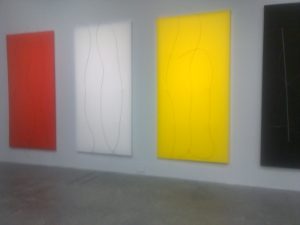 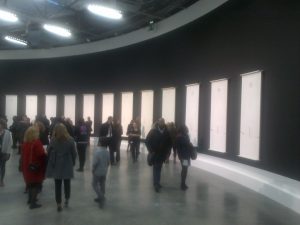 At the opening, a fascinated crowd

In a gray and white concrete exhibition hall, a large space is devoted to muscial sculptures using aluminum threads. One wall called « antigravité » calls for audience participation and is tightly watched by a multitude of guards. Just like Brazilian Julio Le Parc who had a fabulous exhibition in the same space two years ago, Takis invites the public to act and throw nails or a handful of iron fillings on a metal sheet. They form a small sculpture which can be then, endlessly modified. Other rooms include magnetic sculptures in yellow, red and white, a giant sex erected in gold, a large gong which anyone can ring. As usual at Palais de Tokyo, the Tout-Paris was there, surrounding the curator Alfred Pacquement, who has never been so busy since he left the Pompidou Center. He also curates an exhibition every year in the gardens of Versailles. And Jean de Loisy, our host, was beaming with happiness for presenting to his very young public, a very old (89) artist… what fun ! (until May 17th) 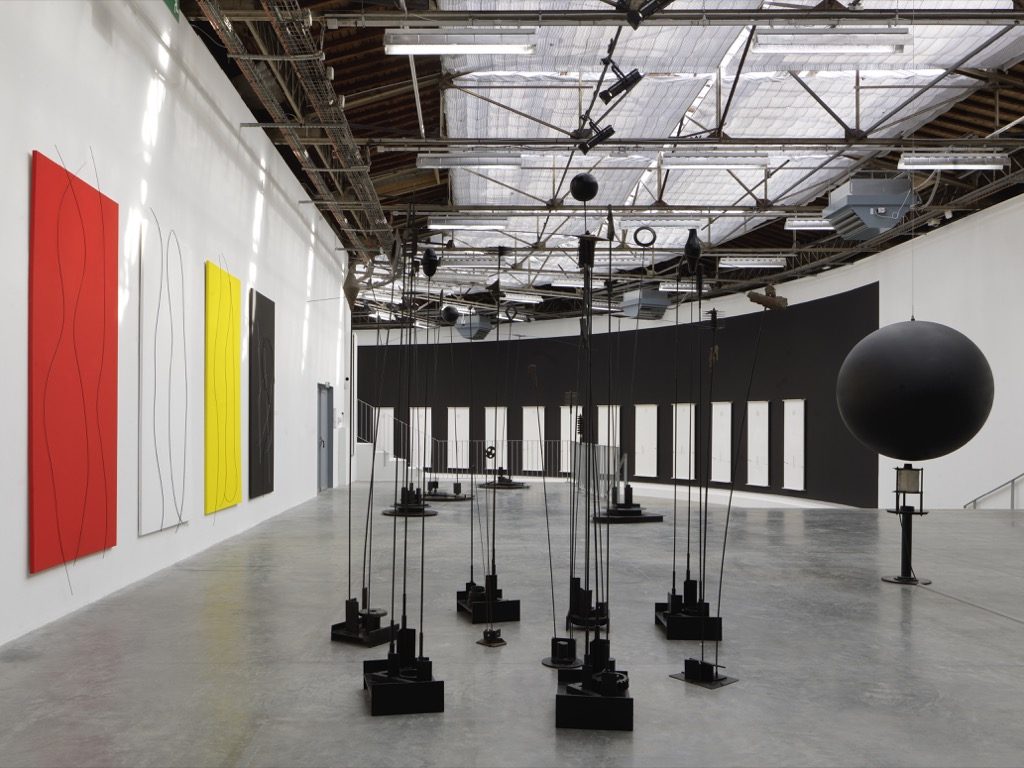 4 Comments on “Vassilakis Takis, from magnetism to art”