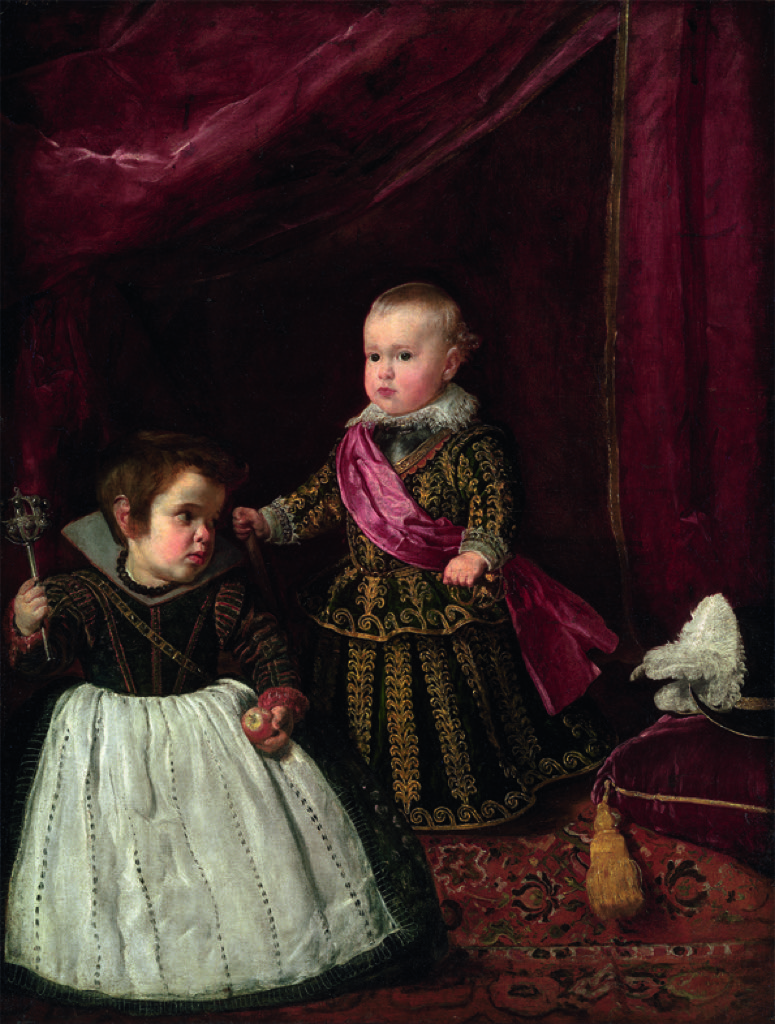 “Portrait of infant Baltasar Carlos with a dwarf” came from MFA, Boston 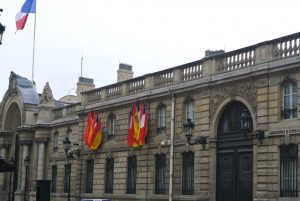 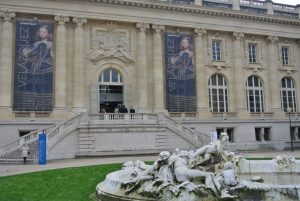 There will be long queues outside the Grand Palais but you can skip them with a Sesame card.

From the Elysée Palace to the Grand Palais on the Champs Elysées, where the Velazquez exhibition was opening that morning, a myriad of Spanish and French flags were celebrating the official visit of King Felipe and his beautiful wife Letizia of Spain.
For the painter of King Philip IV, this was a strong « socialist » tribute ! but then the royal inauguration was cancelled because of the crash of Barcelona-Düsseldorf flight in the Alps and the King and Queen left.
The show is nevertheless exceptionally successful. And its very young curator from the Louvre, Guillaume Kientz, 34, is to be lauded for it.
His choice was to also show painters contemporary to Velazquez and the result is fascinating for one can spot the difference in genius.
Born in a bourgeois family in Sevilla, Diego Rodriguez de Silva y Velazquez started his apprenticeship with Francisco Pacheco when he was 12. At 18, he married his Master’s daughter, Juana (as his own apprentice, Juan Batista del Mazo, would do later with his own daughter). This is the year when he paints his first « Immaculate Conception » (which came from London), who looks like a moody teen ager surrounded by powerful clouds. A wonderfully realistic image. His « Education of the Virgin » shown next to the lavishly jewel covered Virgin of Juan de Roelas (which I loved of course) was recently discovered at the Yale Art gallery and reatributed. 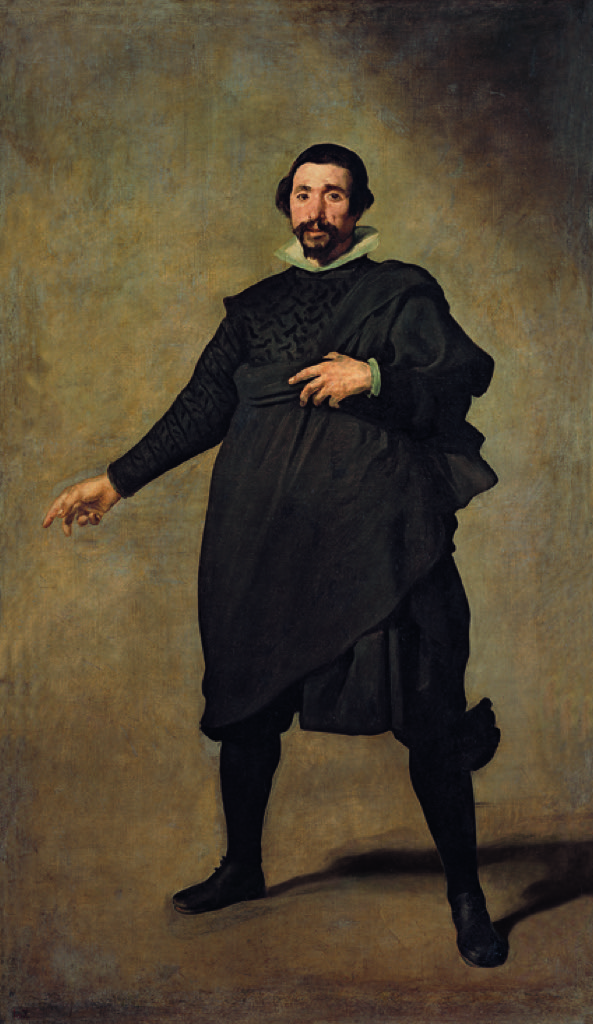 Pedro Valladolid, a famous bouffon came from the Prado

When he finally accesses the Royal family, he paints the King in 1628 but also many portraits of his son, Infant Baltasar Carlos, with a dwarf, in an armour or on his poney. And infantes Marie Thérèse and Marguerite as well.
One of the most striking painting is « Venus with a mirror », painted when he was in his fifties. It is so modern one could take it for a Manet. A white Greek marble of an hermaphrodite is shown next to it, and it was probably a source of inspiration. It was part of the Borghese collection and is now at the Louvre.

Velazquez’ two trips to Italy were a major influence on his style and Rubens contributed to it. As did the numerous Caravage painters who travelled to court in Madrid. Very international, this exhibition of a painter rarely shown in France, is a must. To save queueing you can order a Sesame Card which allows you in the Grand Palais at any time for one year (until July 13).

2 Comments on “Velazquez, full of surprises”