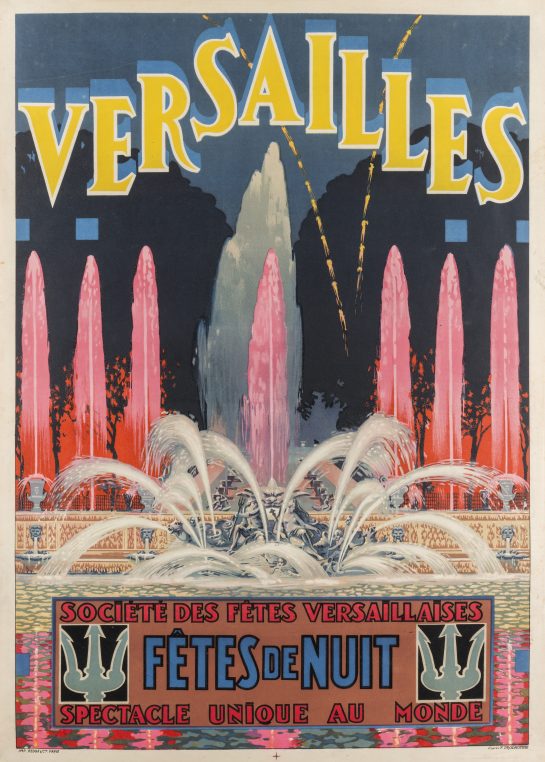 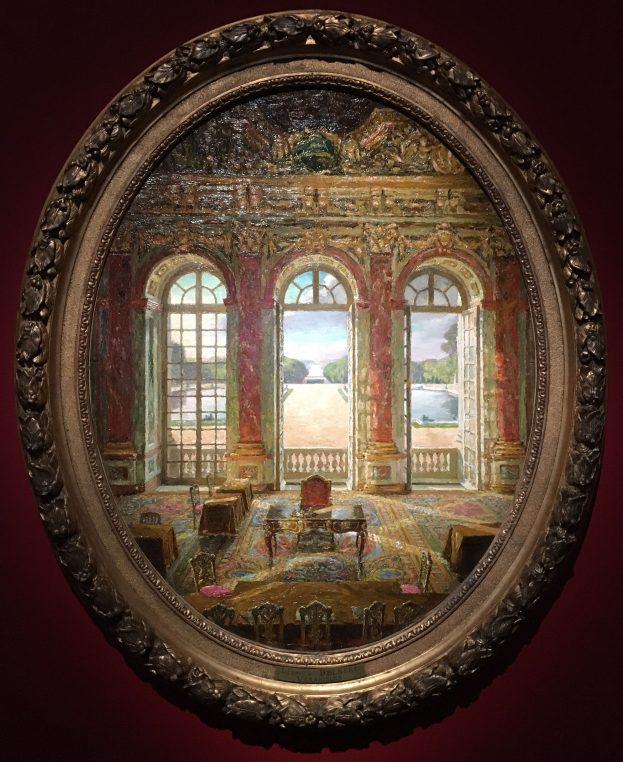 Leopold Delbeke, Galerie des Glaces as prepared for the signature of the Peace Treaty of Versailles, June 28, 1919

One hundred years after the Revolution, and fifty years after King Louis Philippe created the historical museum, Château de Versailles had a festive period of resurrection under curator Pierre de Nolhac‘s reign (1892-1920) and the exhibition “Versailles Revival“, which opened a month ago, is a very refreshing vision of what “Marie Antoinette’s castle” had become. Now is the good time to go since tourism has fallen in times of strikes and there are no lines at all. 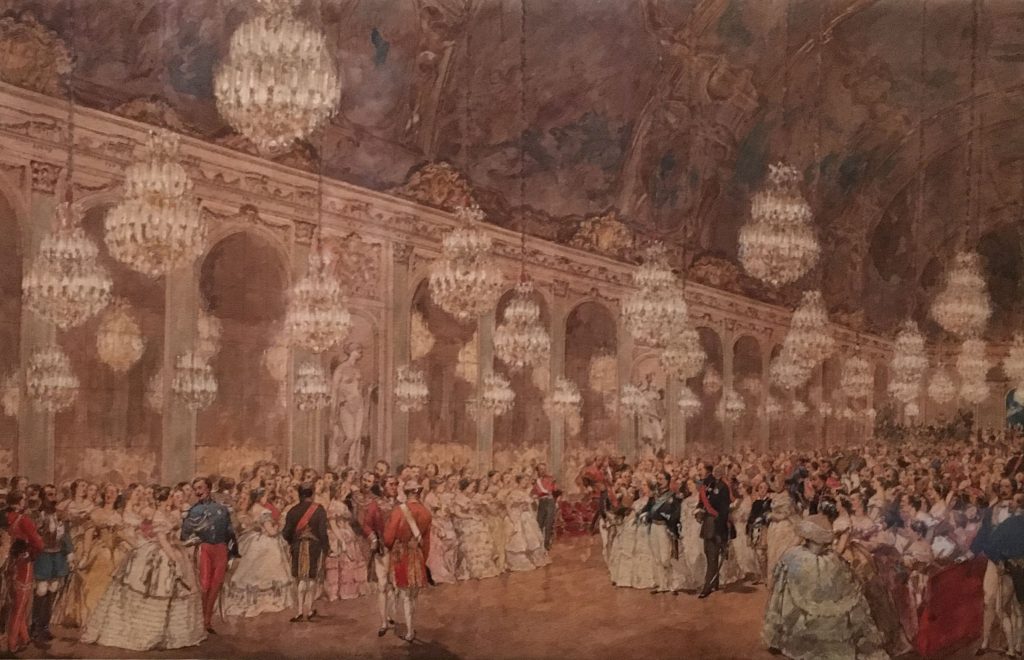 It is unusual to see in Versailles the contemporaries of Marcel Proust, but Robert de Montesquiou, his friend and inspiration for baron de Charlus, had a house in town and attracted a new society of International guests on the week ends including comtesse Greffulhe and poetess Anna de Noailles. Eugène Lami, Jacques Emile Blanche, Giovanni Boldini, were all fascinated by the castle and its legend, and painted extensively the concerts and balls in the illuminated gardens. Through this unusual exhibition, we discover that Napoléon III entertained Queen Victoria at the Petit Trianon just like today, Emmanuel Macron has invited President Poutine for diplomatic talks at Versailles. 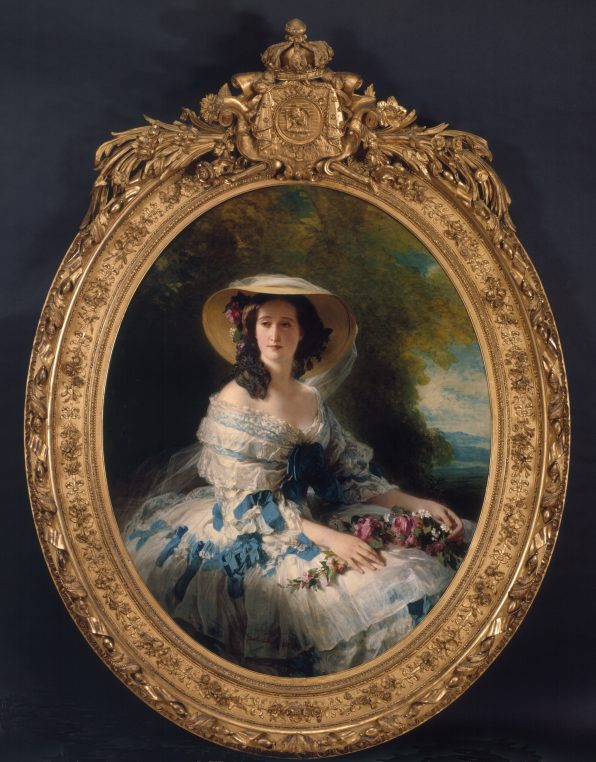 The trend of Versailles was picked up by dandy Boni de Castellane, but also by American heiress Ava Vanderbilt who had a house, Marble house, designed in Newport in  1892, by Richard Morris after the Petit Trianon. Marjorie Merriweather Post, collected many objects which used to belong to Marie Antoinette and she dressed as the queen at a ball in Palm Beach, in 1923. Elsie de Wolfe, the famous New York decorator who would become Lady Mendl, moved into Villa Trianon, very near the castle, and asked Achille Duchêne to design her garden. 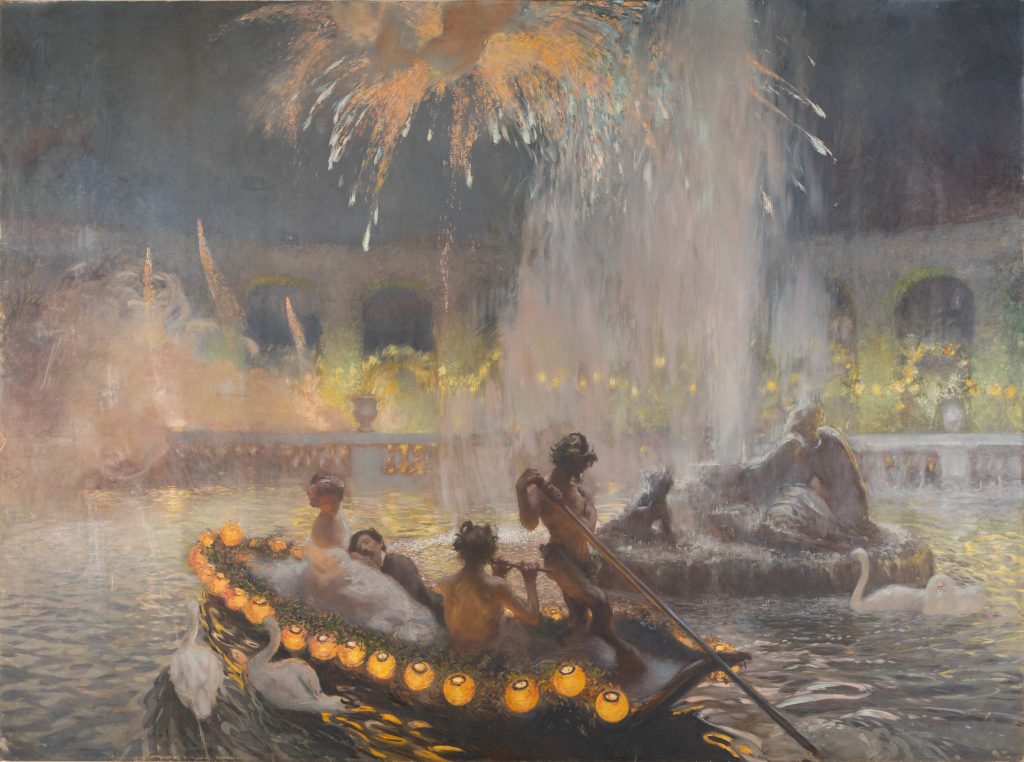 When the Transatlantic ship “Le France” was built in 1912, it was called the “Versailles des Mers”. A painter from Bordeaux, Maurice Lobre, fell in love with Versailles while visiting his family there in 1890 and after meeting the curator Pierre de Nolhac, he spent his life painting the decors. His name has been totally forgotten but his works remain a unique source of information on the castle. He was close to Robert de Montesquiou. 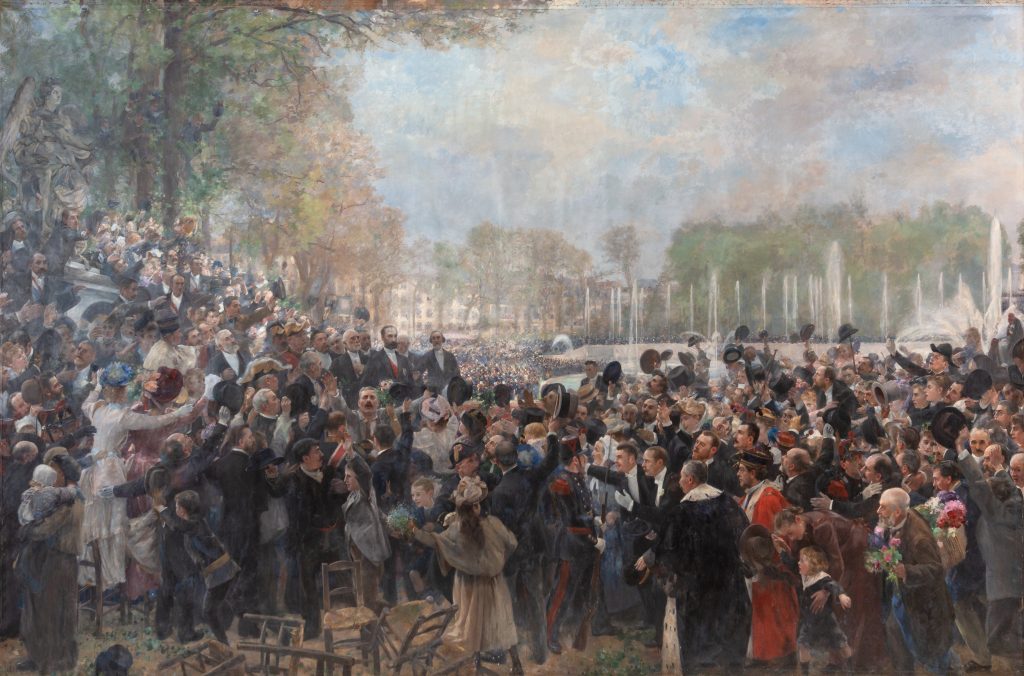 The importance of Pierre de Nolhac, the museum director from 1892 to 1920, is huge and one can see some of his son’s paintings in the exhibition. He speaks of the “resurrection” of Versailles in his memoirs. Under his management, Versailles will see the number of visitors growing steadily and getting to a million a year by 1937. This is also thanks to photographers and movie directors who contribute to this popularization of the castle between the two world wars. 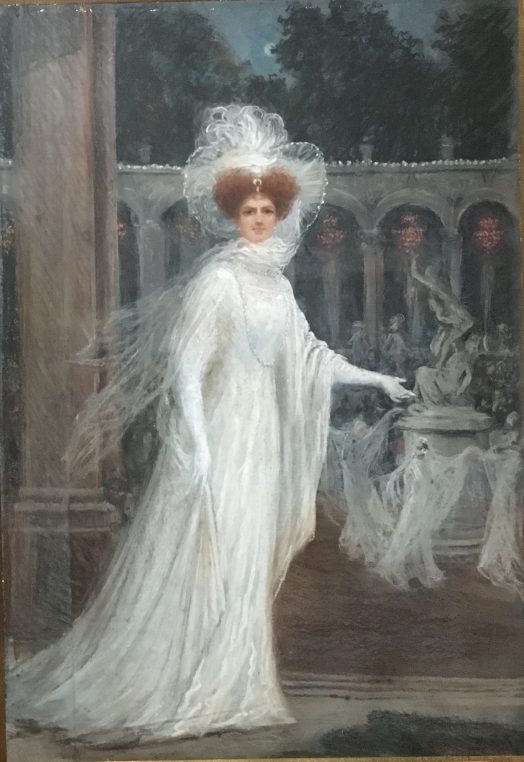 Raymond Fournier-Sarlovèze, Comtesse Greffulhe in the bosquet of the Colonnade in Versailles, at the feast she gave on July 11, 1908, for Marie Josephe of Saxe, 1908, private collection

But also thanks to the series of national events which attracted different kinds of visitors from politicians to artists and aristocrats. In 1871, the government and the Chambre des députés moved to Versailles during the Commune. It will stay there until 1879. Patrice de Mac Mahon, first President of the Third Republic is elected in Versailles in 1873. The 100 th anniversary  of the 1789’s Etats généraux, premises of the Revolution, is celebrated in a huge gathering at Versailles. The peace treaty known as the Treaty of Versailles, is signed in the Galerie des Glaces on June 28, 1919. 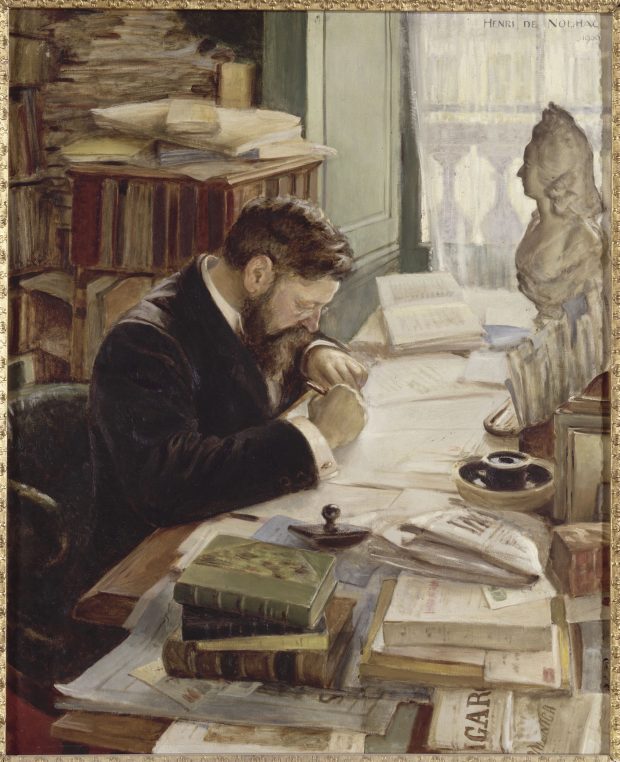 This unusual exhibition is reached through a series of rooms devoted to the history of the castle and the park, in paintings and maps.  It is a new way of discovering Versailles and again, it is very easy at the moment, because there are no queues. Château de Versailles, until March 15, closed on Mondays.

One Comment on “Discover Versailles at the Turn of the century”