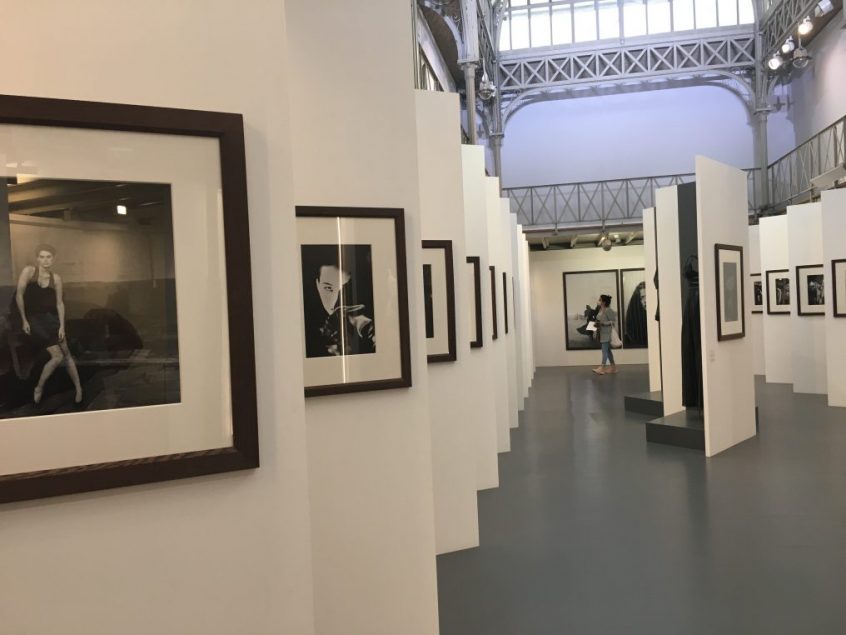 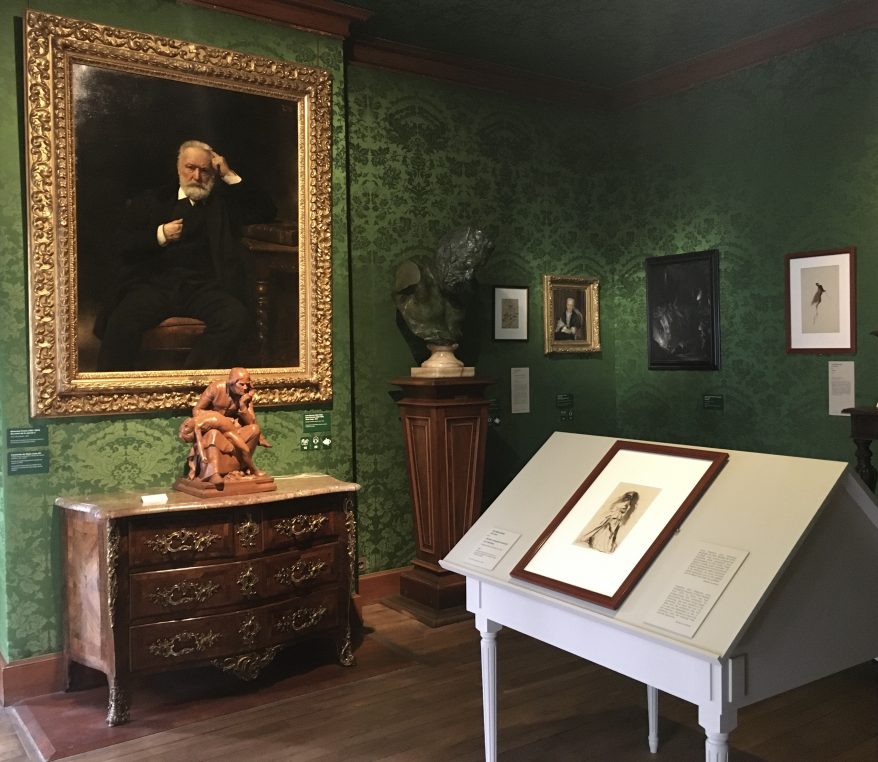 Maison de Victor Hugo, with his portrait by Leon Bonnat, a Louis XV chest and one of the writer’s drawings “Masked woman holding her coat”, 1866

Since the Marais has become inaccessible except by tube, you might as well group your visits in the area and this is what I did with great success this morning: I visited first Victor Hugo’s house on place des Vosges which has at the moment an interesting exhibition of his drawings recommended to me by Richard Berman, the New York drawing dealer, who was here for Salon du Dessin. And after a quick stop at the new tea house Mulot set in the courtyard of the museum, I went on to see the Azzedine Alaïa /Peter Lindbergh “En miroir” show, curated by Benjamin Lindbergh and Olivier Saillard. It is, as always, impeccably staged with the black and white pictures facing the actual clothes. Two giants of the seventies and eighties who were close friends and often worked together. 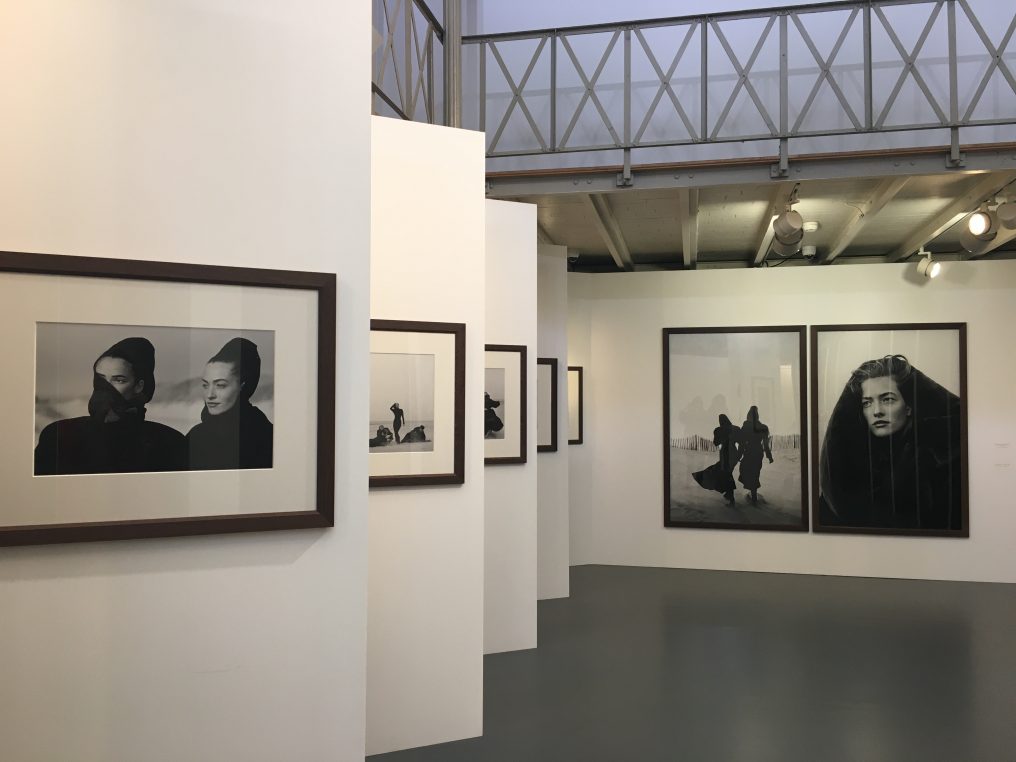 Walking into the Fondation Azzedine Alaïa gallery is almost heart breaking since the designer was so much part of the 70’s to 90’s fun years of fashion in Paris. And so was Peter Lindbergh who always picked the most beautiful models and made wonders in black and white. I remember going on a shoot for Lanvin (when Claude Montana designed the couture) to Deauville with him and driving back to Paris the charming Peruvian Danish model, Helena Christensen, who told me, all the way back to Paris, that  she was a passionate of science and maths… A fascinating two hour trip! With Linda Evangelista, Claudia Schiffer, Christy Turlington, they were all partly discovered by Lindbergh and were called the “Supermodels”. 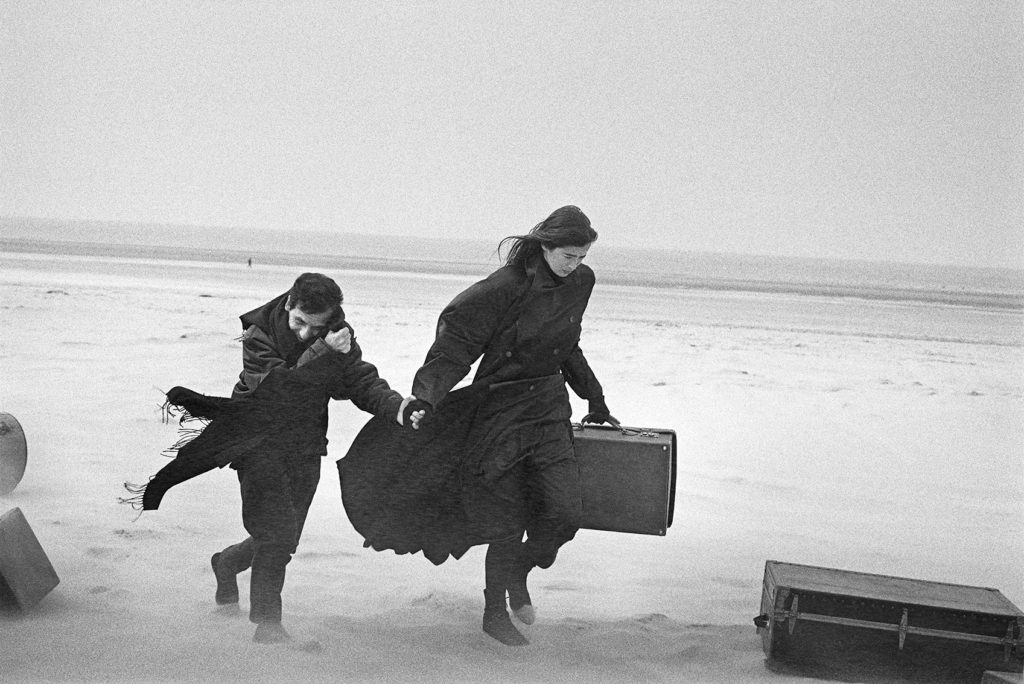 Upstairs a little show devoted to Tina Turner has the very striking picture of the model climbing on the Eiffel Tower, Marc Riboud’s style, with a few shots that she modeled in Summer and Winter 1989.

At Victor Hugo’s house on place des Vosges, which is a delight in itself, there were many drawing aficionados watching closely at the dark watercolors, etchings and drawings by the writer. And I discovered how prolix he was, keeping recordings of every town and house he visited. Many of his friends were printers or artists and they collaborated on some projects together and shared their studios. 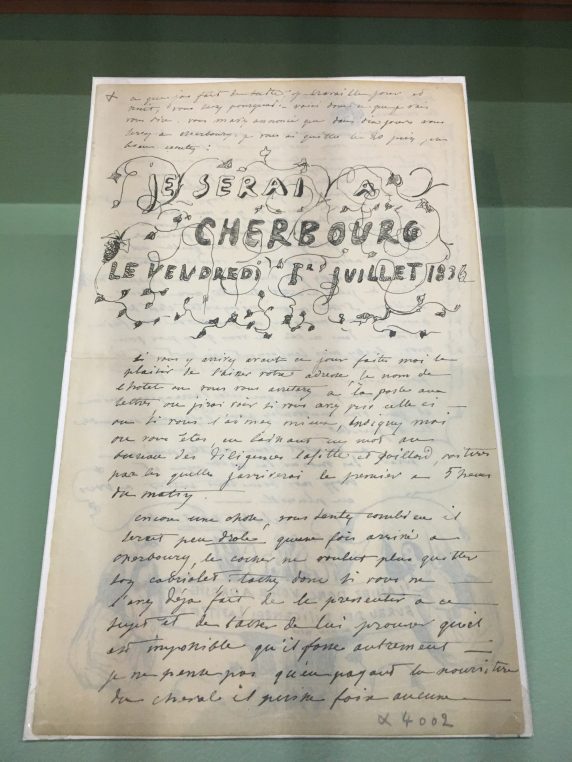 Illustration of a letter to Célestin Nanteuil  by Victor Hugo

Victor Hugo never had his own studio but used bistro tables or his friends’ to draw. He was also very active as an interior decorator and he used sketches to show his love to his mistresses like Juliette Drouet who was his companion for fifty years. One of the prominent artists here is Célestin Nanteuil, who illustrated his books and inspired him. Prints and drawings are shown side by side thus emphasizing the place that his art had in the 19 th century artistic scene. His drawings were not shown to the public but kept for his friends and close family. So it si a very virginal look the we can take today. 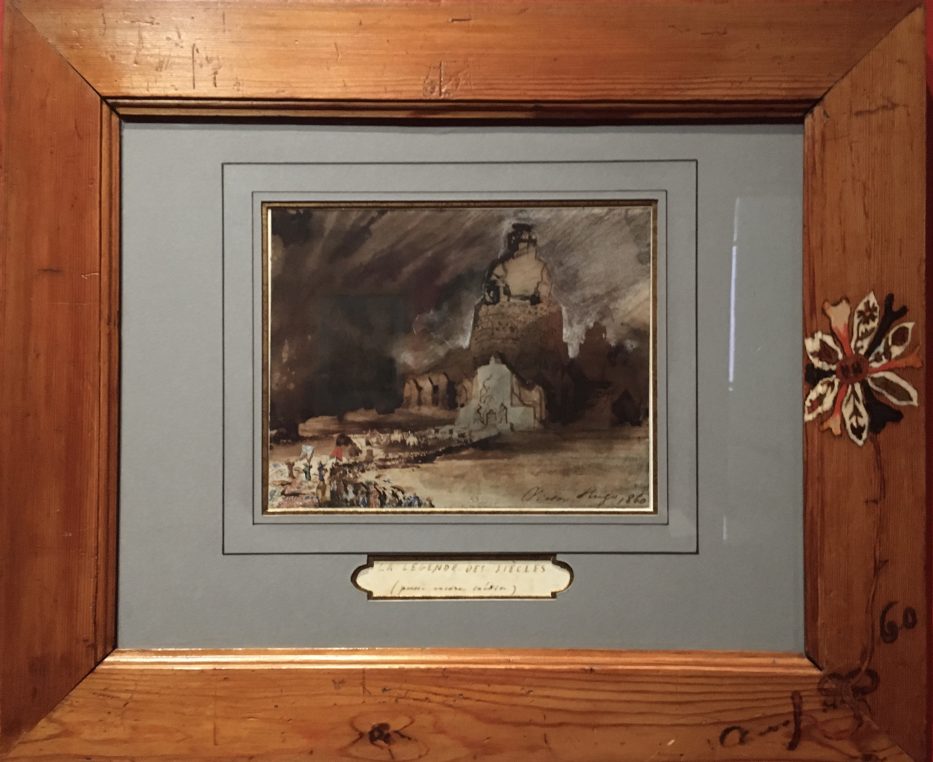 The Legend of the Centuries, 1860, former collection of Juliette Drouet, the frame is also painted by the artist

In the last room “the Poem of the Witch” is a series of 45 drawings, a gallery of striking portraits produced between 1869 and 1873.

Do not miss the visit of the apartment upstairs where his decors have been reproduced faithfully and if you have a chance go and visit Hauteville house in Guernesey where he wrote Les Misérables while in exile. There are ferries from Dinard and Cherbourg. 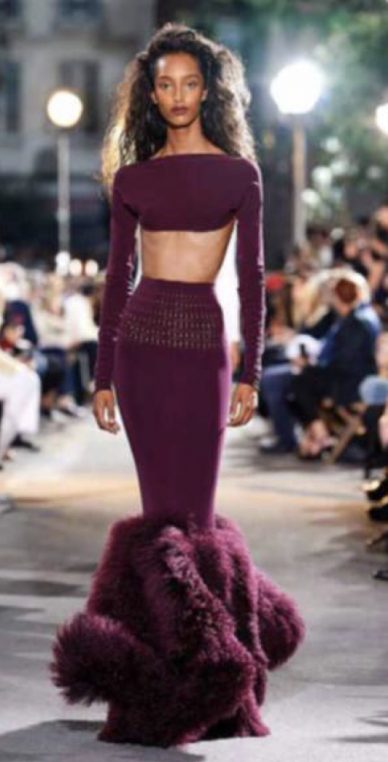