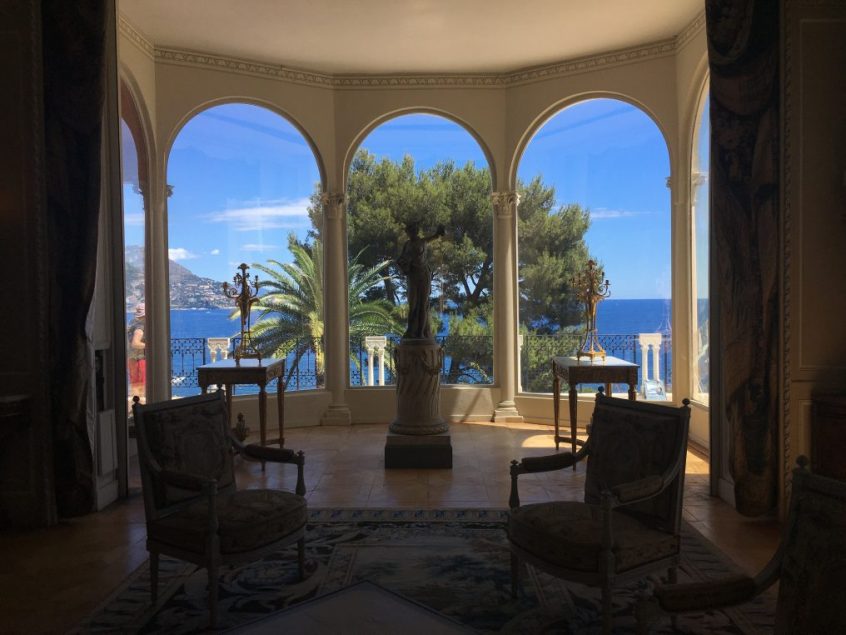 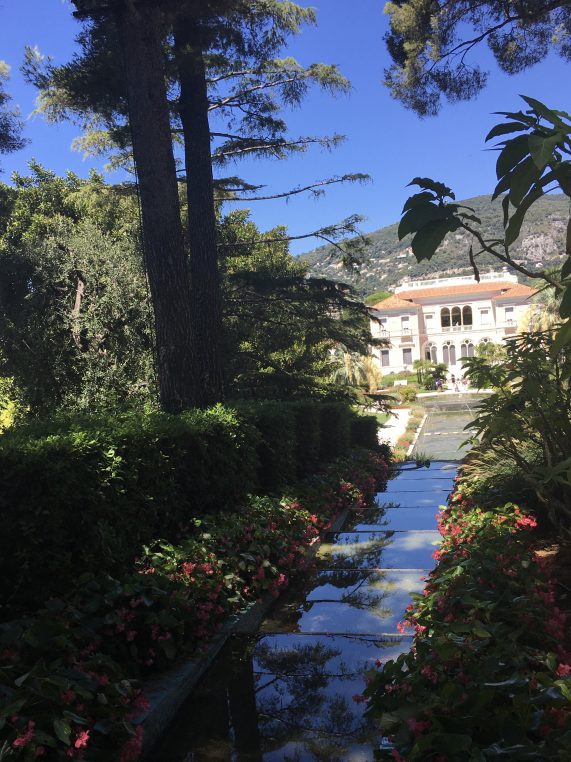 Across the bay from Villa Kérylos, stands Villa Ephrussi in St Jean Cap Ferrat. Built by Béatrice de Rothschild and Maurice Ephrussi (an uncle of Fanny Thérèse Kann’s, married to Théodore Reinach), the Italian Renaissance house is not as interesting architecturally, but its gardens designed by Achille Duchêne and Harold Peto, are both refreshing and quite extraordinary for this part of France. And we were happily surprised to be welcomed in the parking lot by a charming member of the staff who offered to park our car. A true Rothschild welcome! 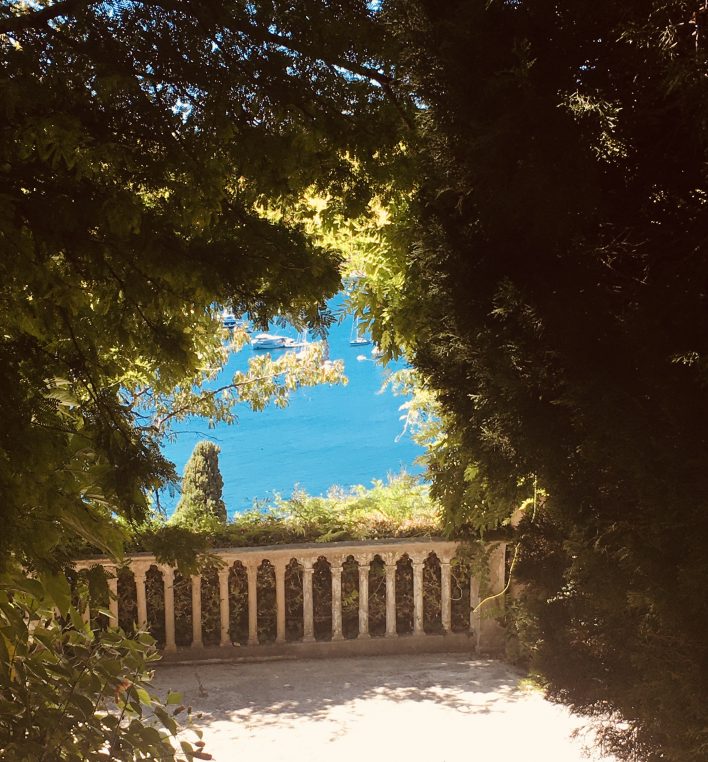 The views from the garden are tantalizing

Situated on 16 acres of land on the promontory of St Jean Cap Ferrat, the gardens are manicured by eight gardeners all year round. The Spanish garden, French, Florentine, stone garden, Japanese, Provençal, exotic cactus garden and finally the rose garden. From the Villa, you see a sophisticated water fall with music playing softly like at Versailles. I love cactuses which I discovered in Oaxaca’s botanical garden in Mexico years ago, and I was very surprised to find a proper Mexican garden there just below the Japanese one.The decor of 18 th century furniture with Gobelins tapestries is very surprising for the Riviera and so are the fake flowers in the middle of the hall! But the collection of furniture and china is serious. 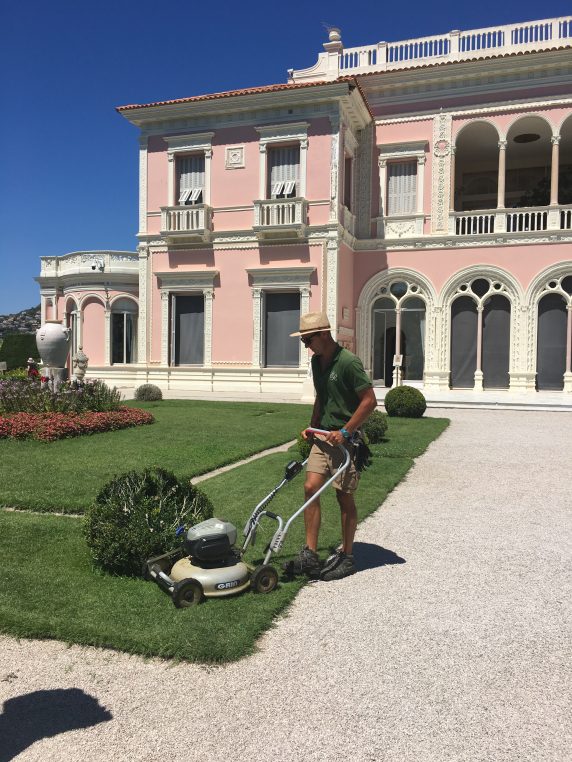 The long walk parallel to the sea allows you to visit at every season with exceptional varieties of flowers from February to June. The house was built by Béatrice de Rothschild (1864-1934) between 1905 and 1912, and like Villa Kérylos it now belongs to Institut de France. The daughter of Alphonse de Rothschild, she grew up at château de Ferrières near Paris, married at 19 the French banker Maurice Ephrussi, who was born in Odessa and was 15 years older. They were separated in 1904 and she left the house after his death in 1916. Like most members of her family, she collected works of art  and loved the position of the villa surrounded by water, giving herself the illusion of being on a ship. 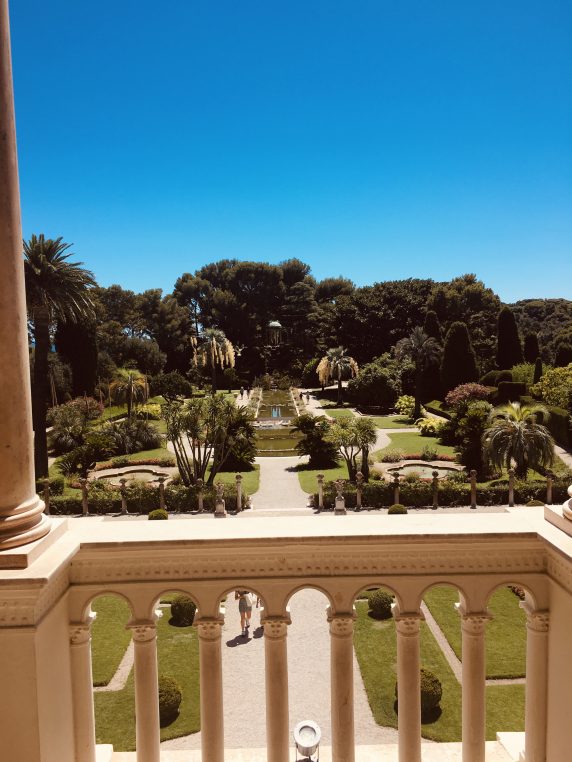 The wood panelings in the house come from Hotel de Crillon in Paris, and decorative parts were bought from Madame de Pompadour’s château d’Aunay, carpets are from the Savonnerie, the Riesener little bonheur du jour, and various porcelaines from Sèvres, Vincennes and Meissen, complement the decor. Inside, there is a slight feeling of being  at Musée Camondo. 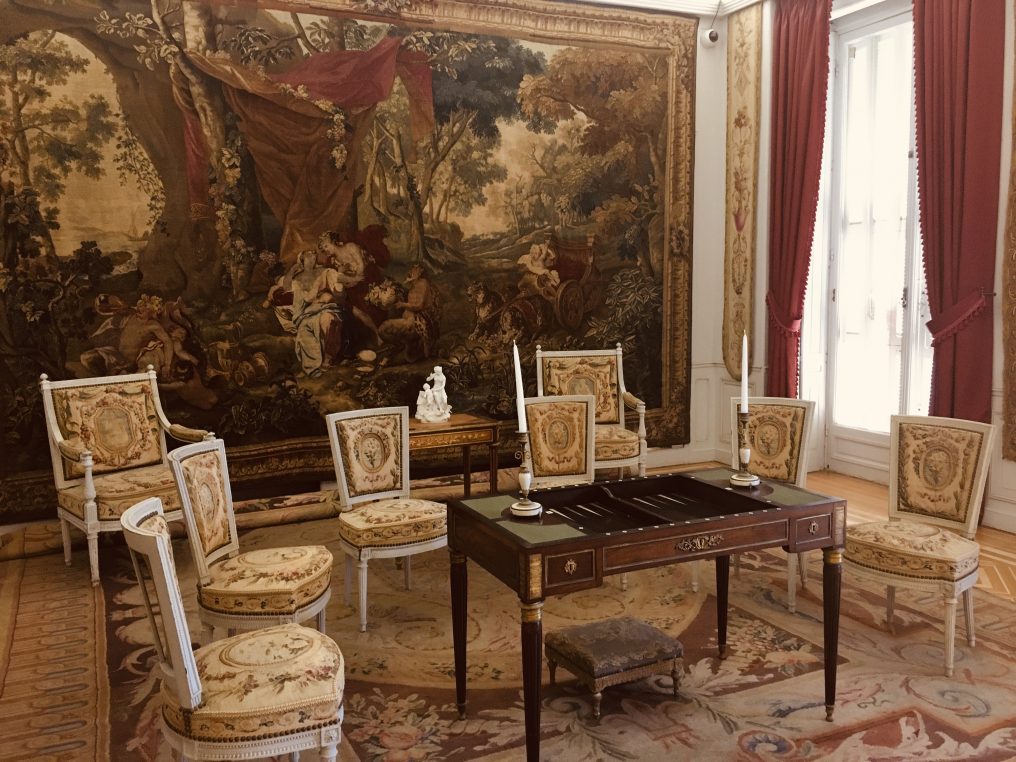 The house felt very chlaustrophobic but visiting the gardens is an enchantment. And one gets a good idea of the lavishness of life in Nice and Cannes at the beginning of the 20 th century… Lady Randolph Churchill, the Vallombrosa family, the La Rochefoucauld, the Luynes all had superb houses where they spent a few winter months for health reasons and most of them have now become luxurious hotels. Polo was being played in Mandelieu and there were many Brits, including Winston Churchill who played with my grand father in 1908, as I learned in his journal. The Monte Carlo Opera was also an attraction. 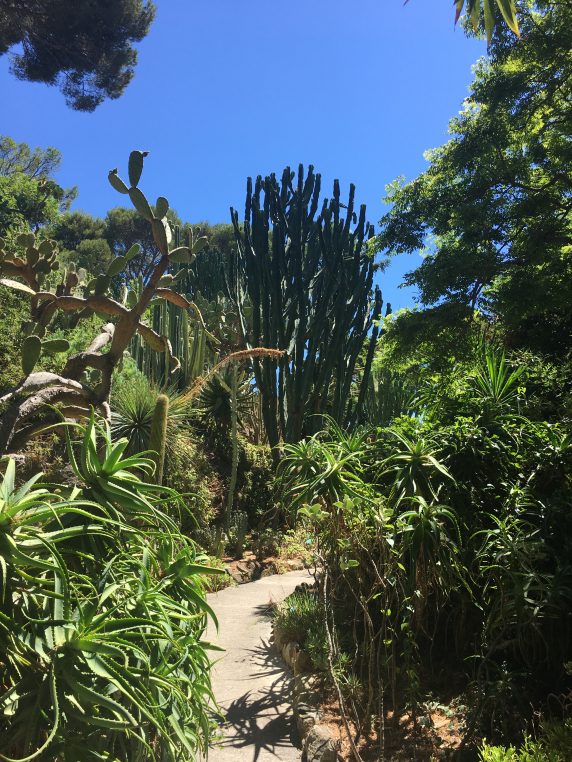 The cactus garden was a nice surprise

You can rent the premises for a reception or just enjoy the cool walk in the shade and there are late openings in the summer. Villa Ephrussi Rothschild, St Jean Cap Ferrat.

One Comment on “Villa Ephrussi, a wedding place and a garden”