When in 1918,  he was appointed commissar of Fine arts for Vitebsk the town where he was born, Marc Chagall decided to found a People’s School of art open and free for all. Opened in 1919, it closed in 1922 and revealed some of the greatest figures of the Russian avant garde with El Lissitzky and Kazimir Malevich. Centre Pompidou shows through two hundred and fifty works the importance of this laboratory of revolutionary art in ana exhibition called “the Russian avant-garde in Vitebsk”.

Opened on January 28, 1919, in the confiscated house of a banker, the school  included 120 students mostly issued from Jewish workers families. Chagall calls his former teacher, Iouri Pen and Robert Falk creates the “atelier Cézanne”. With Lissitzky who is in charge of printing and graphics at the school and Malevich who teaches the theory of suprematism, Chagall develops utopism in art. But soon he will return to Moscow and work on his fabulous Kamerny Jewish theatre decors which have been regularly exhibited in Europe and the US since the 1990’s.

Under constant criticism from the new government for his artistic writings, Malevich leaves for Petrograd while Lissitzky goes to Germany. Chagall opened a museum in December 1919 and exhibited 241 paintings by various artists including Kandinsky. But little by little the political situation and famine became so fierce that professors all left except for Lissitzky who died in Vitebsk.. 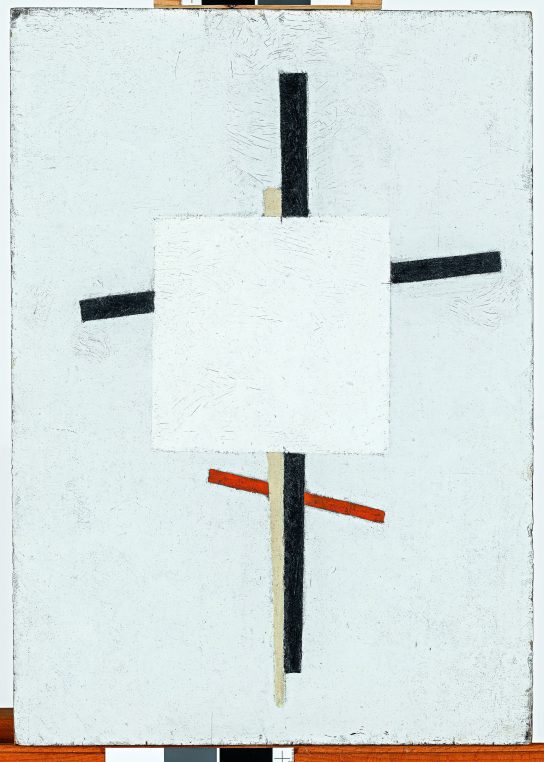 This adventure in Chagall’s hometown of Vitebsk (now in Bielorussia) lasted only three years but put in light major artists who are all shown here. The show is brilliantly curated by Angela Lampe.