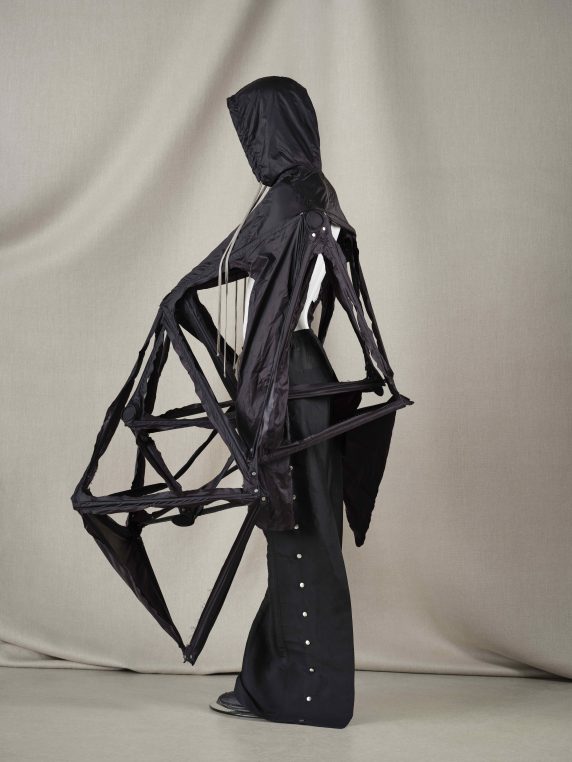 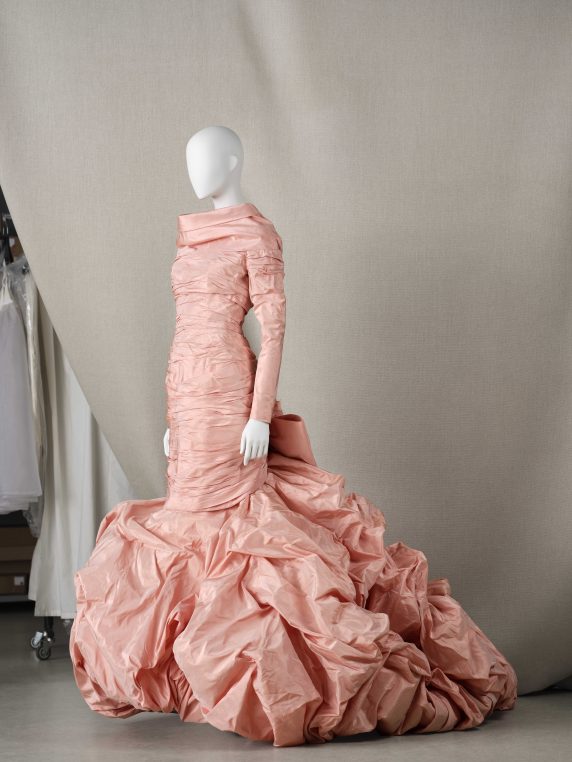 Under Olivier Saillard‘s reign, Palais Galliera was a fun and glamorous Museum of Costume culminating with Comtesse Greffulhe’s exhibition. Now that the downstairs galleries have been completely transformed thanks to the generosity of  Chanel, it feels a little gloomy and dark. On the ground floor, the exhibition devoted to the 100 years of Vogue Paris, 1920-2020 is definitely understated. When I think of the fun we all had in the 1980’s on place du Palais Bourbon, I was very sad to see how stern the show is and how all the talent and craziness of genius photographers such as Bourdin, Mugler, Newton etc… had been cleaned in the scenography. Why did they not ask one of the (still alive) editors to help? “The History of Fashion” exhibited downstairs shows part of the fabulous collections with 350 items owned by the museum of the City of Paris from 18 th century Watteau style gowns to Comme des Garçons. It is a great pleasure to see all these impeccably kept dresses and accessories but the lighting is definitely wrong and again, there is no glamour to it. 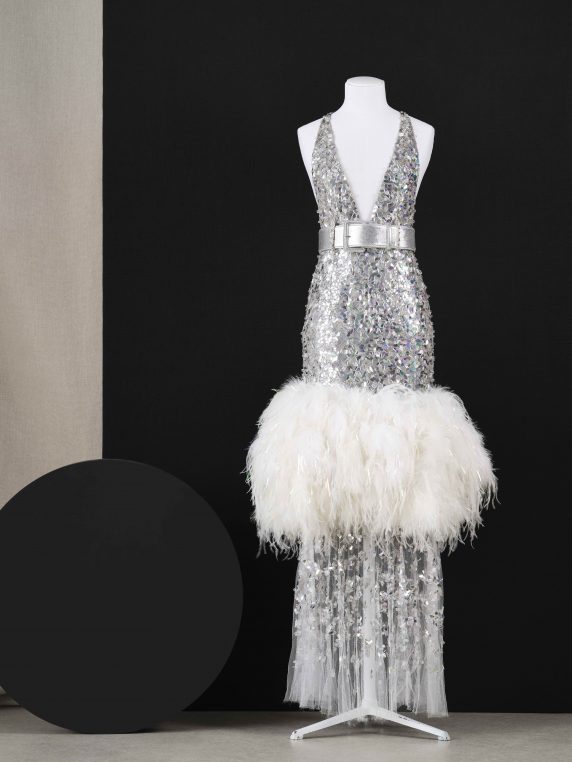 Some of the ads designed by Pierre Mourgue in 1932 were particularly interesting to see in the Vogue Paris exhibition and photographs by George Hoyningen-Huene of Sonia Colmer wearing Madeleine Vionnet dresses reminded us of the true works of art that pictures were in those times. André Ostier photographing Leonor Fini in 1946, Lee Miller photographing Dylan Thomas in 1947, Robert Doisneau shooting Jean Babilée and Youly Agaroff at the Paris Opera in 1953… The great models such as Bettina (later Graziani) are prominently remembered as are the famous stars of the 80’s photographed naked by Helmut Newton in 1981 and then dressed by Karl Lagerfeld at Chloé,  Angelo Tarlazzi, Chantal Thomass, Emmanuelle Khanh… These (audacious) pictures were later shown and sold at Galerie Templon. 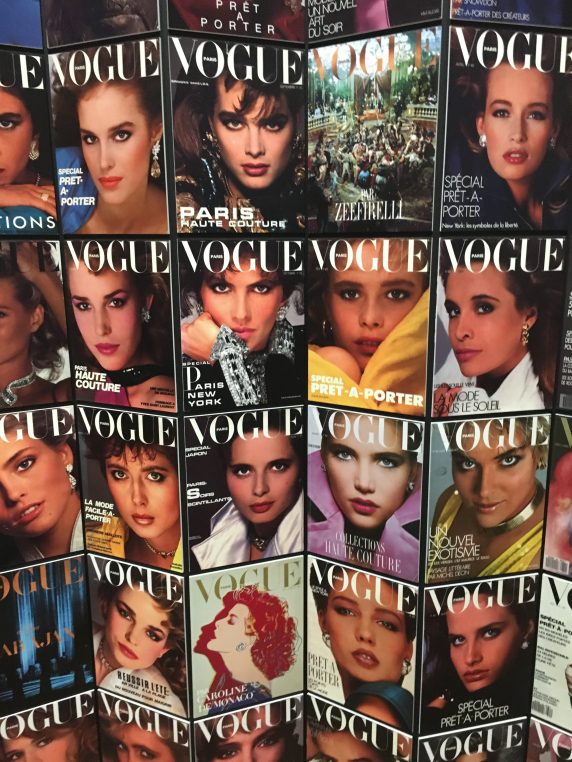 There are interior notes from Michel de Brunhoff to his staff on little pieces of paper, a way of communicating which was still used in the 80’s. The famous December 92 and December 93 issue covers of the Dalai Lama and Nelson Mandela which cost her job to Colombe Pringle (an advertiser complained that an African man was not the right image for their products) are displayed with a photograph by Jean Luce Huré featuring her with the South African leader and Jean Poniatowski, then director of Vogue Paris.  Steven Meisel’s dark photographs of Linda Evangelista are also a moment in history. Until it moved from place du Palais Bourbon, Vogue Paris had its own studio and crossing the place with photographers was always a moment of joy. The house has recently been sold by Condé Nast. A wall of covers with Catherine Deneuve also marks the era. 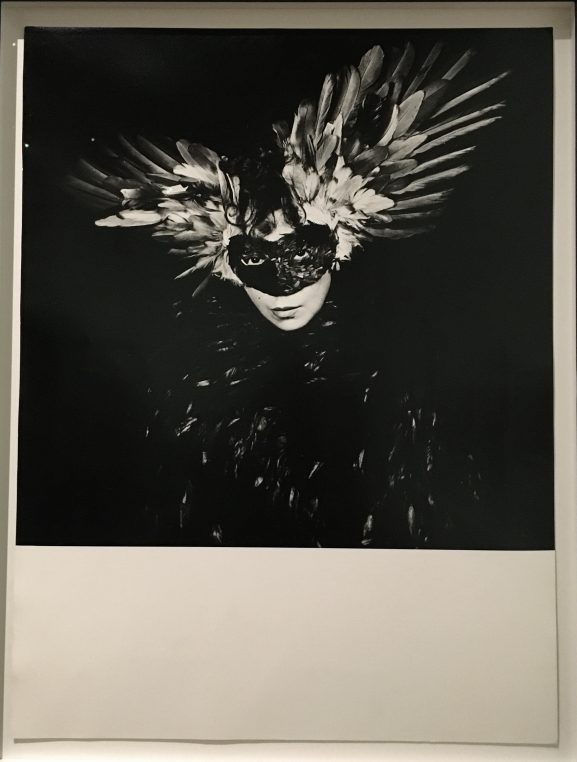 But none of the fun and extreme luxury of those years is palpable here. The show is a stern exhibition of archives without the craziness which is always part of fashion. Someone like Patrick Hourcade, a long time collaborator of Francine Crescent at Vogue and author of the recent biography of Karl  published by Flammarion,  could have transformed it into a feast…

It feels a little bit like political correctness killed the fun in these two shows… Vogue Paris 1920-2020, until January 30, “A history of fashion” until June 26, 2022 at Palais Galliera.