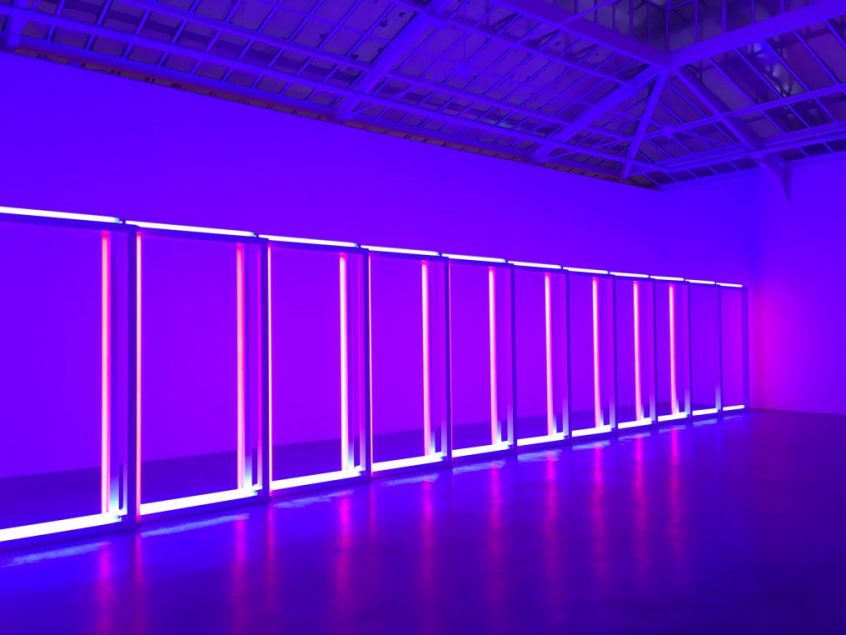 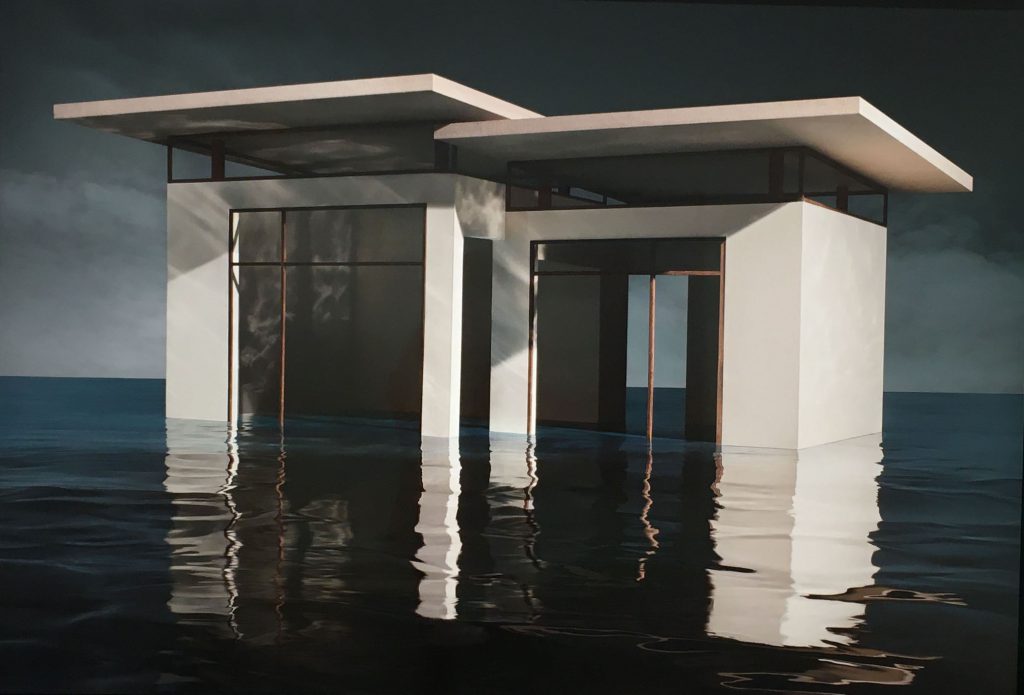 Once a month, I try to walk around the Marais to keep in touch with the contemporary art scene and discover new little shops and now that the strikes seem to be over, it might even be easier. Visiting Daniel Templon‘s two exhibitions on rue Beaubourg and rue du Grenier Saint Lazare was extremely cheerful. And so was the marvelous vision of Dan Flavin’s neons at David Zwirner‘s new space on rue Vieille du Temple. 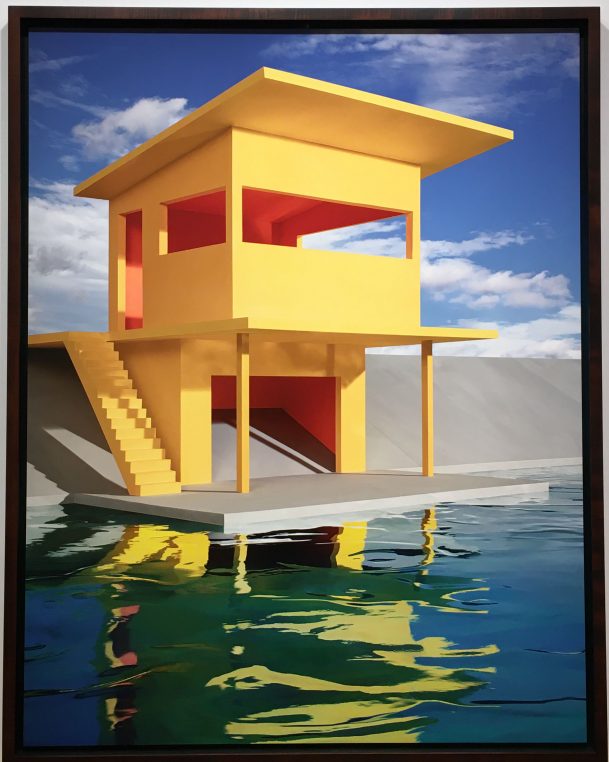 Although I am not sure I understand fully the talent of James Casebere in the show “On the water’s edge”? His constructed photographs represent contemporary houses set in the water and illustrate “the current disasters caused by rising sea levels”. The photos are very pleasant but too reminiscent for me of advertisements for Florida real estate… Yet the ancient Templon gallery of 30 rue Beaubourg always reminds me of cheerful moments and the space is beautiful. 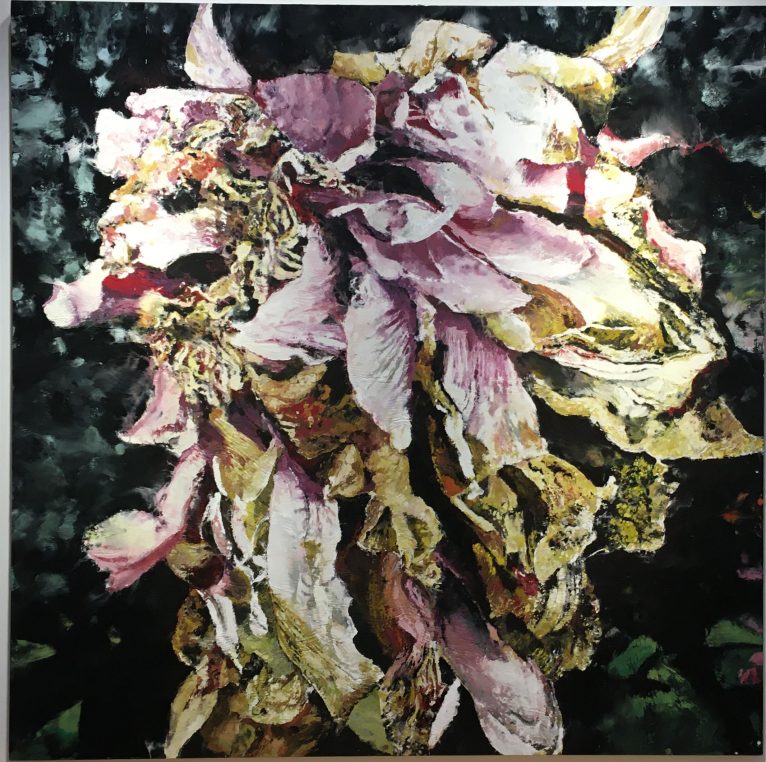 This exhibition  is only a few hundred meters from Rue du Grenier Saint Lazare, Templon’s other gallery where he is showing Philippe Cognée, an artist I have always loved. He is a true painter and his “Carne de Fiori” series in wax and paint is a complete u-turn from his usual style of buildings and stern city scenes. There are only flowers there in reds, beiges and yellows. Sunflowers, peonies, amaryllis are treated like dead flowers melted in wax and become almost abstract. You can study them from very close up and the painting surface is absolutely fascinating in its technical treatment. 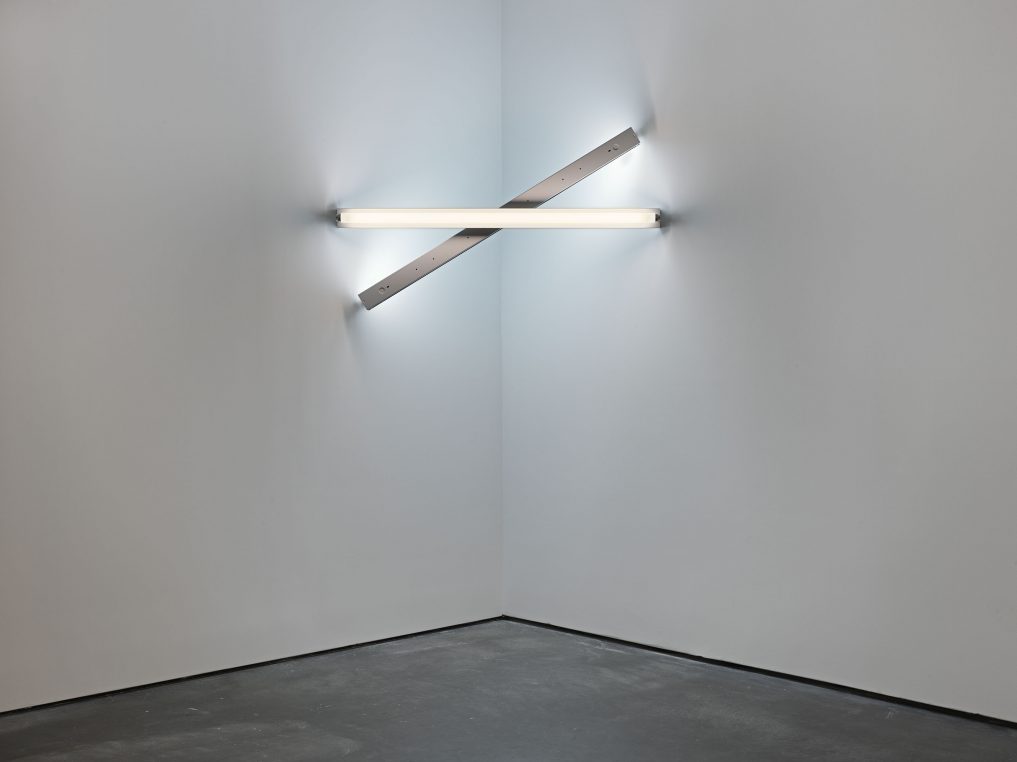 Walking past the Musée de la Chasse, I crossed over to the other side of the Marais and went to rue Vieille du Temple to see the Dan Flavin show at David Zwirner‘s new gallery in Paris. This mythical place used to be Yvon Lambert’s before it closed in 2014 and Lambert had exhibited Flavin in 1974.  It is surrounded on both sides by Xippas.

The German gallerist David Zwirner opened his first space in Soho twenty seven years ago. He now controls an empire of three galleries in New York uptown and in Chelsea, and in London and Hong Kong. The news that he was opening in Paris came in the middle of Brexit negotiations and was an optimistic sign for the Paris art scene. 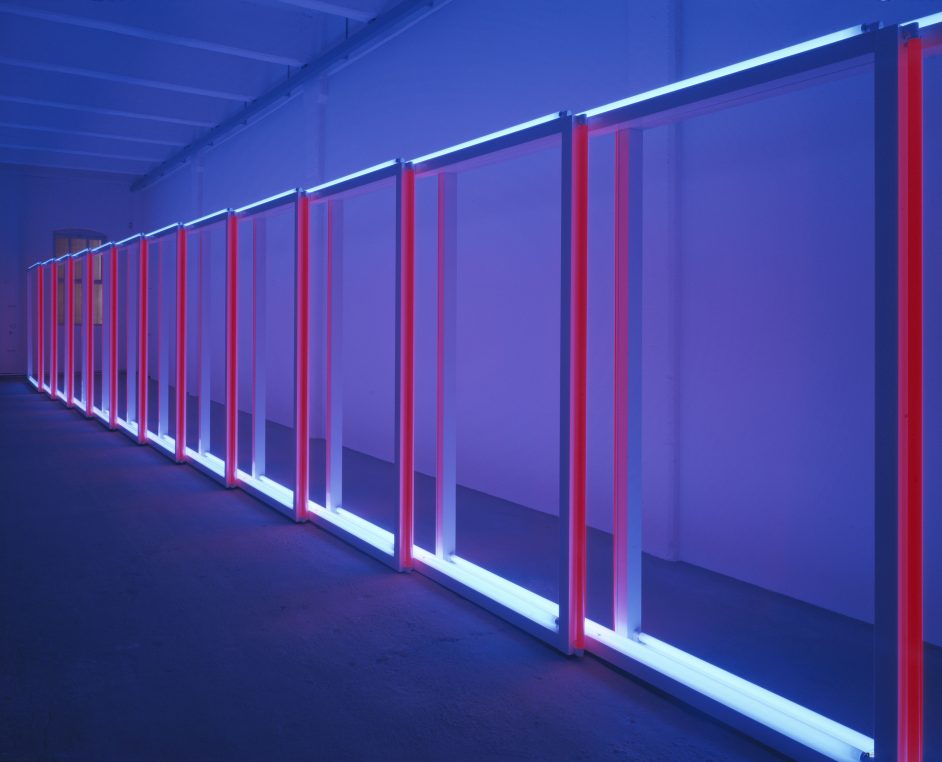 It’s not very original to like Dan Flavin’s neons but it was a renewed pleasure to walk into this large space and see his multicolor and white pieces.  Galerie Rudolf Zwirner (David’s father) was the first one to show his work in Europe, in 1966, in Cologne. The grand blue and red “Barrier” was created for Daniel Judd’s loft in New York in 1970. His research on white light is represented by “Leaning Diagonal”, 1964 and “to Cy Twombly” 1972.

Make sure to go if you are in the area before February 1.

I sadly realized that Institut Suédois is closed on Tuesdays and I could not see the Peter Johansson’s show but I will return because the private Hotel on rue Payenne is so beautiful that it is a mandatory visit and it has a Swedish restaurant… But Musée Picasso is also nearby and its exhibition “Pablo Picasso, Magical paintings” is on until February 23. 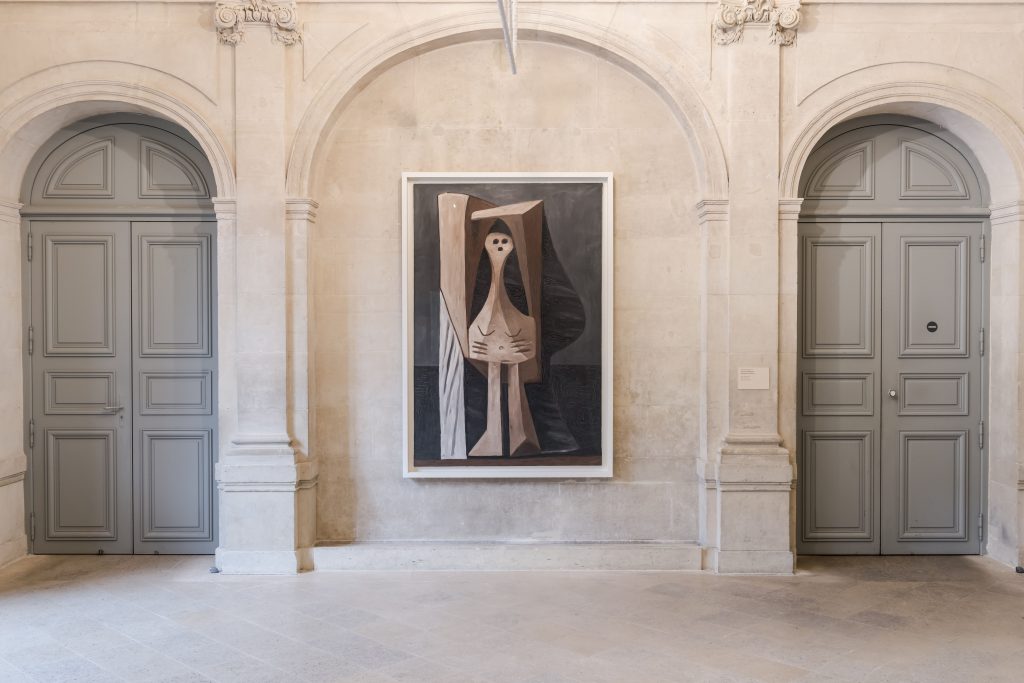 One Comment on “Wandering in the Marais on a sunny afternoon”