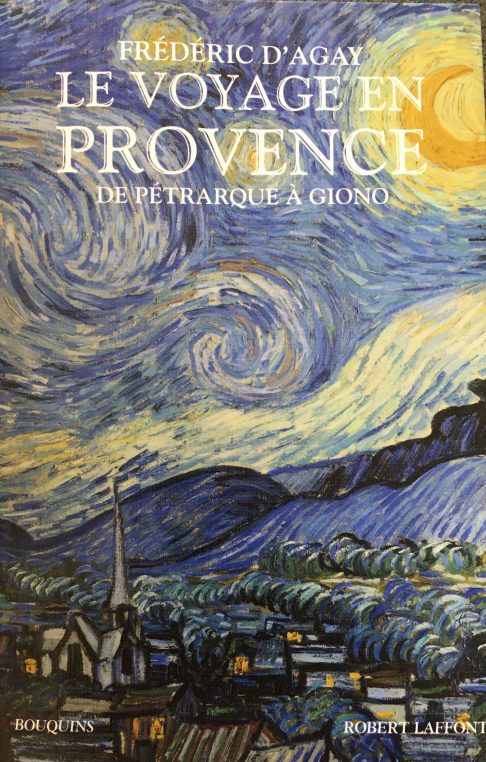 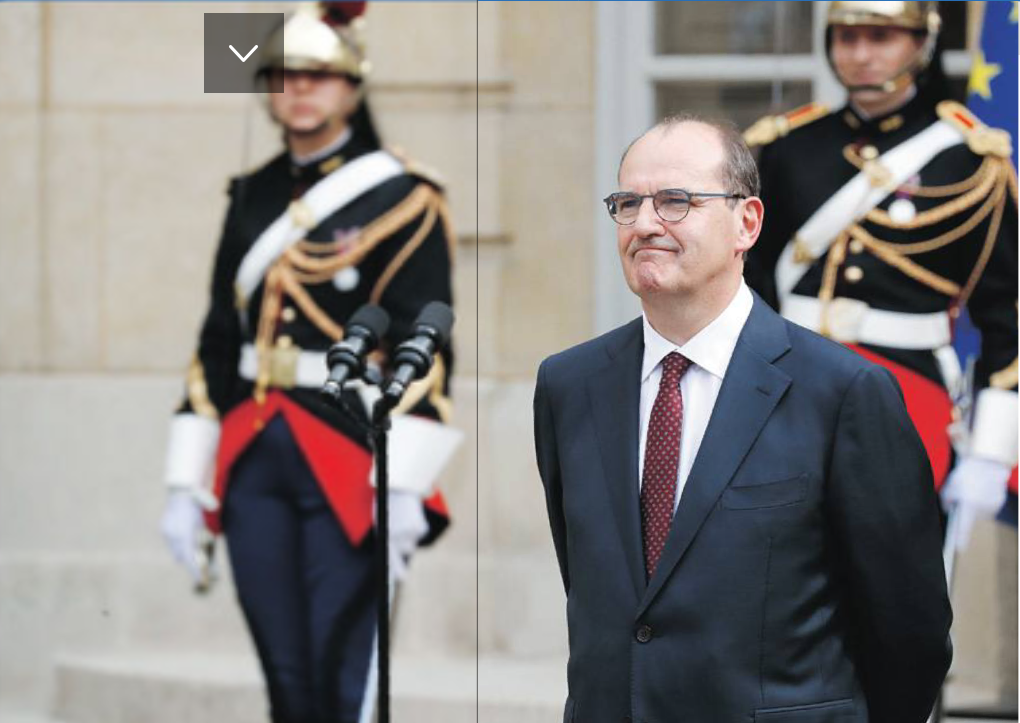 I was quietly having a bath listening to the news that we had a new prime minister when suddenly workers in orange garb started moving around a crate, and a large glass window was lowered on the building under construction… there is never a moment of peace in our world.

Prime minister Edouard Philippe, who was loved by 60 % of the French was dismissed. He is back running his city of Le Havre and Jean Castex, the mayor of Prades, a French Catalan village in the Pyrénées, is now at the helm. He was in charge of deconfining France and seems to have -so far- been quite successful. We will probably never see him in yellow pants on the cover of Paris Match like his predecessor who could have been a model in Men’s Vogue, but he seems to be revered by the unions and the villagers from Prades, alike. And he hired Roselyne Bachelot as minister of culture, an idea I love. She is an opera lover and speaks her heart in every occasion. We should have fun with her! Let’s pray he manages well the “rentrée” which will be tough. 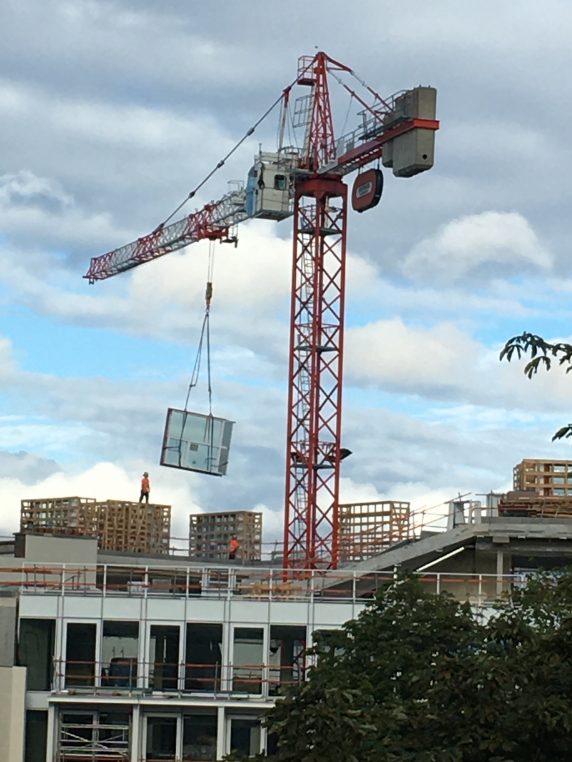 A view from my bath tub, construction is booming on bd Malesherbes

The exciting moment was to attend the Prix du Jockey Club and Prix de Diane races at Chantilly, alone on the racecourse which was still confined. I was standing at the  window of dear friends who have the perfect view,  and we saw the races with no public and no loudspeakers, no noise at all except for the horses’ shoes hitting the ground… It was like seeing a soft ribbon being pulled around. The Prix du Jockey Club was won for the second time by the Basque jockey Loritz Mendizabal riding Mishriff and the Prix de Diane Longines by Fancy Blue. The beautiful background of the castle and stables of the Prince de Condé gave some chic to this day, which is usually devoted to elegant hats and luxurious picnics. 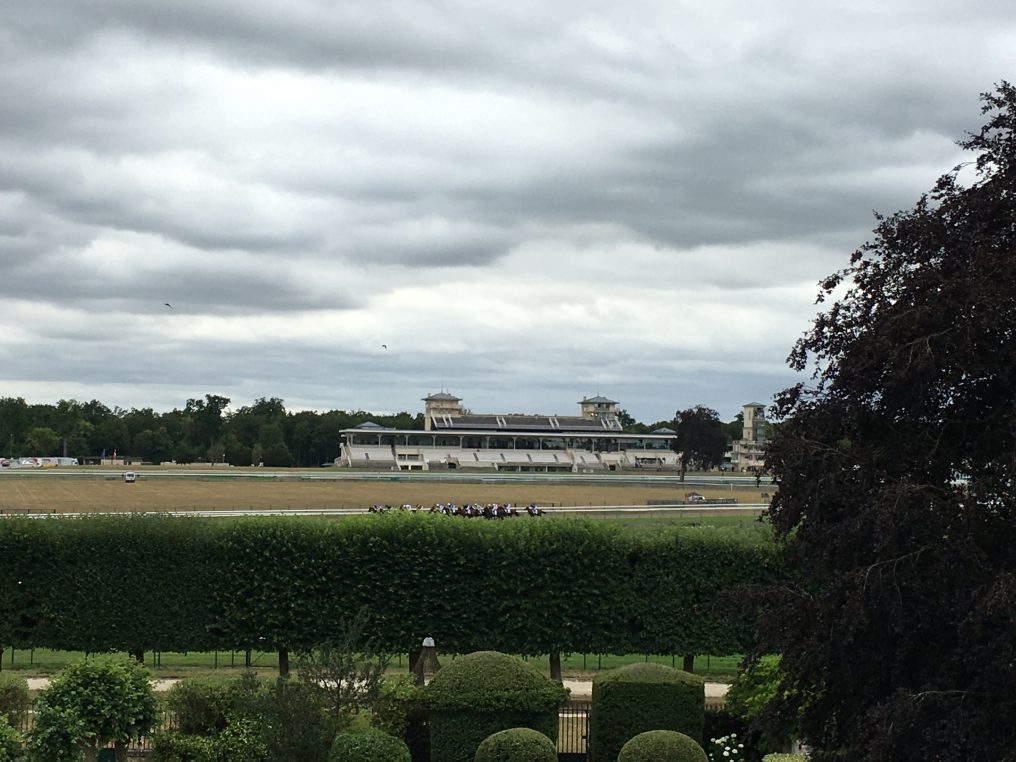 I was among the first visitors at the Louvre on Monday morning at 9.30, and found it easy and lively to visit at last the Galerie d’Apollon, the beautifully gilt 600 square meter room where the French Crown jewel is kept. The room built by Louis XIV between 1661 and 1679 in the Palais du Louvre, was painted by Lebrun and served as a model for the Galerie des Glaces in Versailles: it was completed in the 19 th century by Felix Duban and painted by Delacroix among others. It is surrounded by portraits of 7 famous sculptors, 5 painters and 11 architects such as Germain Pilon or Jean Goujon. 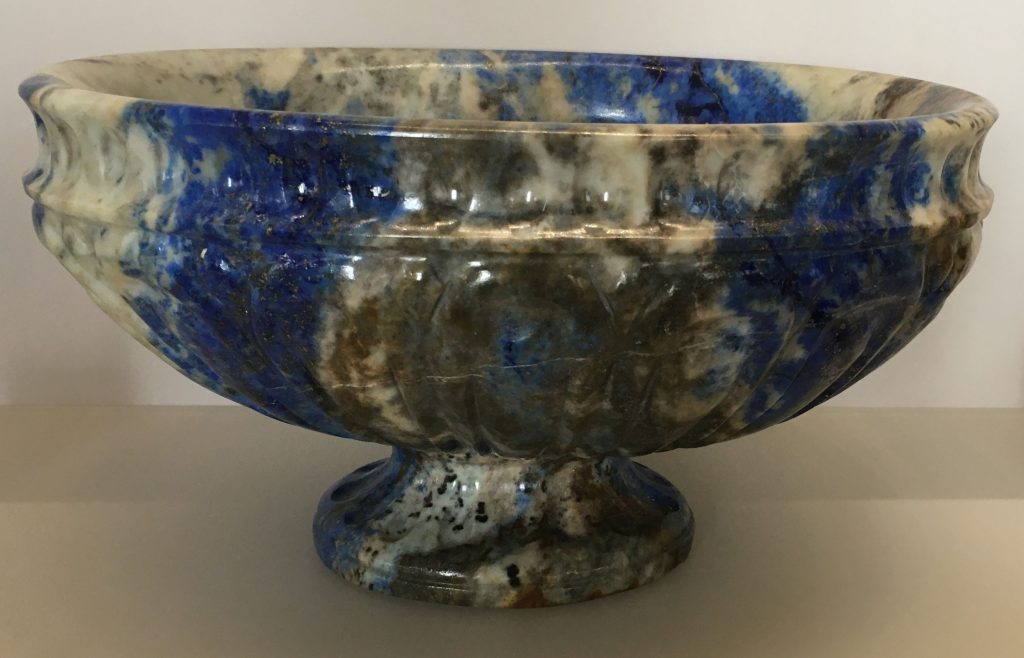 Rock crystal objects and precious ornamental cups with hard stones from Louis XIVth collections are presented with the necklaces and tiaras. It is really worth visiting. The room with Mona Lisa nearby was fairly empty and everyone seemed happy to be able to run around with no crowds. English, Dutch and Spanish were spoken and many foreign tv crews were at work! The Louvre is alive again. 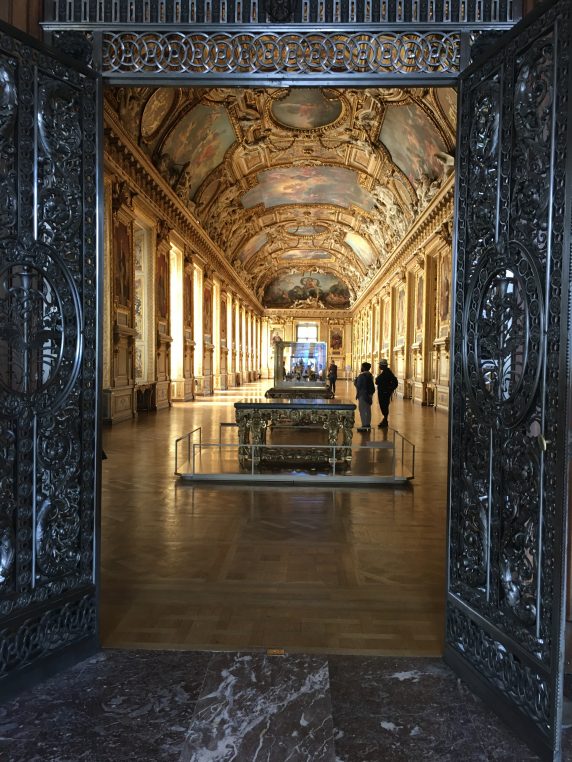 La galerie d’Apollon at the Louvre

Visiting the Pompéi exhibition was a fast affair. Many large videos projected on the walls including a volcano eruption, images of different villas and a few artworks are supposed to draw crowds to the Grand Palais. I was not moved except by two glass panels of Bacchus and the bust of a young girl from the first century ad. You can have an idea of the videos from home on the website. 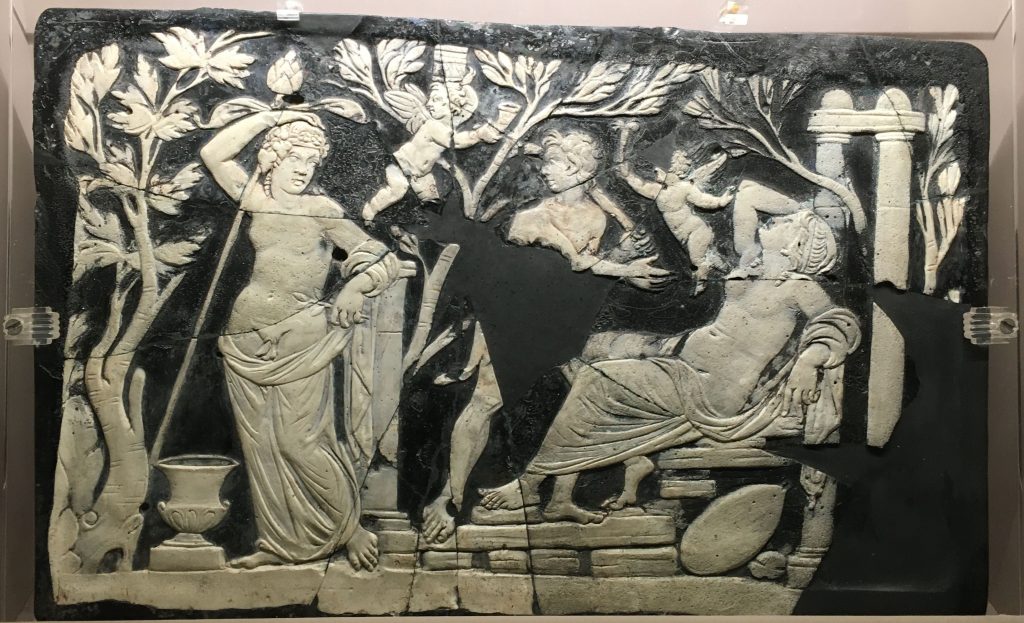 I loved discovering the new book edited by Frédéric d’Agay called “Le Voyage en Provence”. If you read French and love travelling to Aix or Arles, Bargemon or Fonscolombe, do not miss this anthology of writers from Petrarch on Mont Ventoux, to the folklore of Jean Giono or Daudet, who write about sea and mountains, towns and fields, pilgrimages and balls and 19 th century traveller such as Dickens. Each village has a quote and it is riveting to see the attraction of this province often called the French Tuscany. D’Agay mixes famous writers such as Flaubert and Chateaubriand and unknown locals  like Aubin-Louis Millin, Etienne Garcin or Louis Méry. 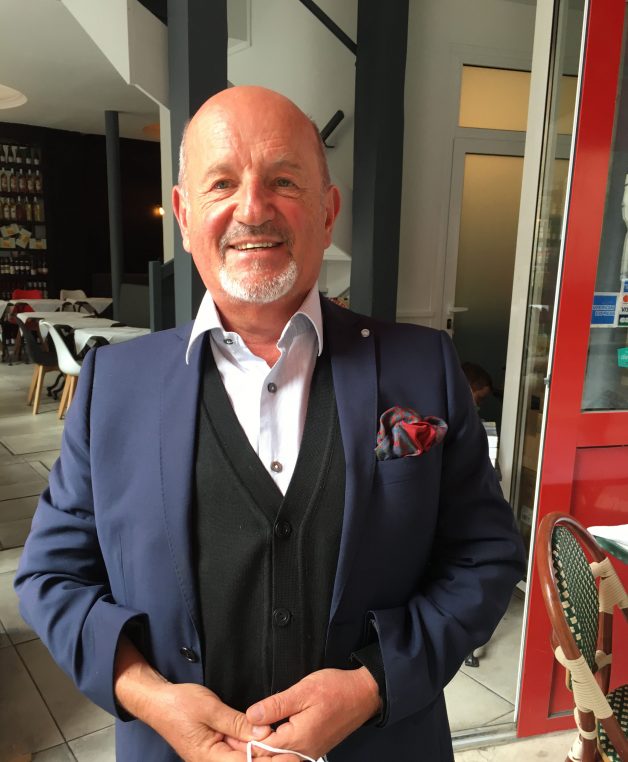 Frédéric d’Agay is the best connoisseur of Provence today

Born in Agay on the riviera near St Raphaël, Frédéric d’Agay who chose every text and wrote introductions to each chapter, is the upmost specialist of this large province which runs from Avignon to Menton on the Italian border. Over the years, he has visited every village and every house of the area and will tell you where to go in Haute Provence or in Camargue. 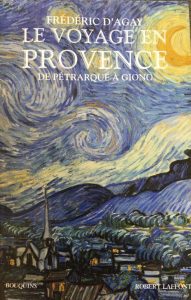 The cover of the book is “La Nuit étoilée” by Van Gogh, a beautiful image  for this sunny and smiling country by a painter who lived in Arles. He spends the summer on the beach and the winter in Tarascon with many visits to Saint Germain des Prés, in Paris where he has a table at Café de Flore…

A historian by training, he has written many books on castles in Provence, and Royal marine officers. He is working on a book of Provençale nobility.  These numerous texts from the antiquity to the 20 th century will teach you more about Provence than any Michelin guide and are perfect for your guest room if you own a house in Provence.

One Comment on “What’s new this week? a new government…”