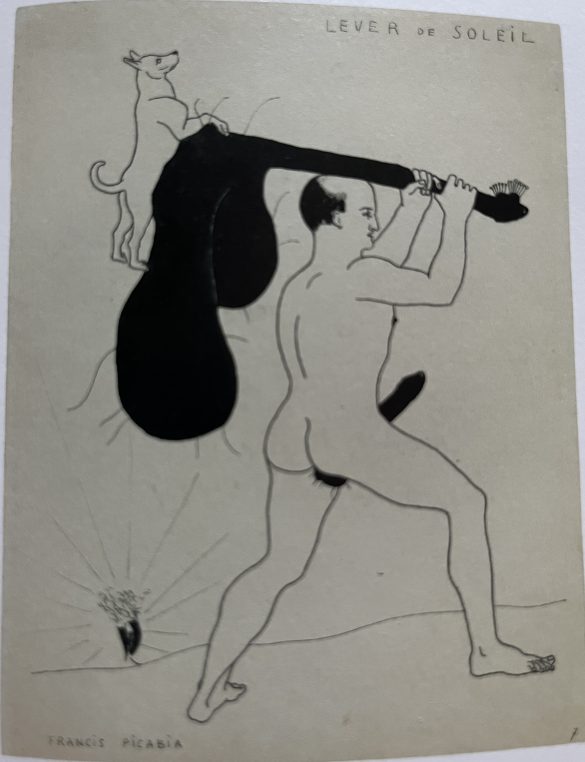 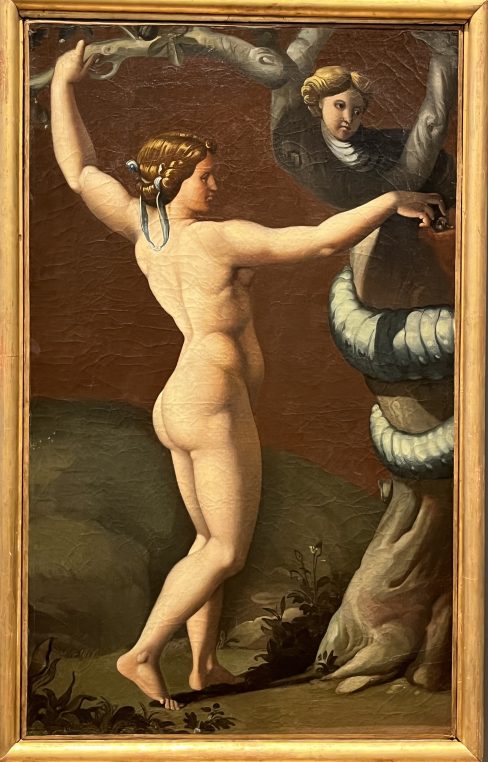 It all happened when Jean-Hubert Martin, who lives part of the year near Montauban, discovered a book of photographs of Ingres’ drawings in the library of the museum. He realized that many of Francis Picabia‘s drawings and paintings were directly inspired by Ingres and that the iconoclast artist had obvioulsy seen the book by Jacques Edouard Gatteaux of 120 drawings and paintings published in 1873 and again in 1921. In 1976, Martin had initiated the exhibition on Picabia at Musée National d’art moderne and writes in the catalog that there have been many discoveries since. The show is cocurated with Florence Viguier-Dutheil the dynamic director of Musée Ingres-Bourdelle in Montauban. 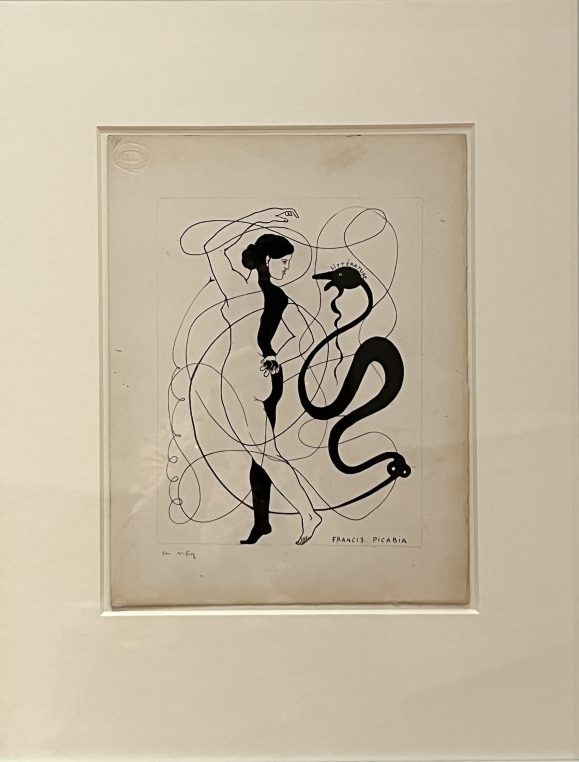 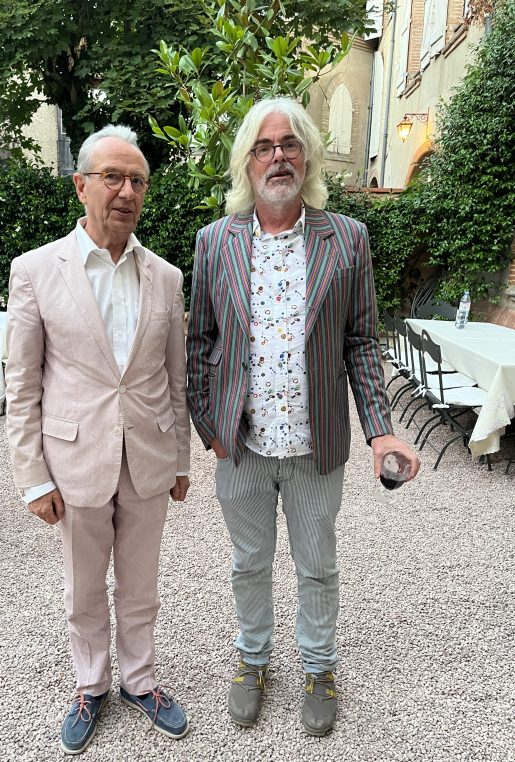 Jean Hubert Martin with the famous Tasmanian collector David Walsh, whose museum MONA he contributed to in Hobart

One of the surprises of the evening which was delightful in the warmth of Montauban’s red houses, was the presence of David Walsh, the Tasmanian collector who flew in from château Lacoste in Provence.  Jean Hubert and him have been close since the curator helped him with the creation of MONA in Hobart. 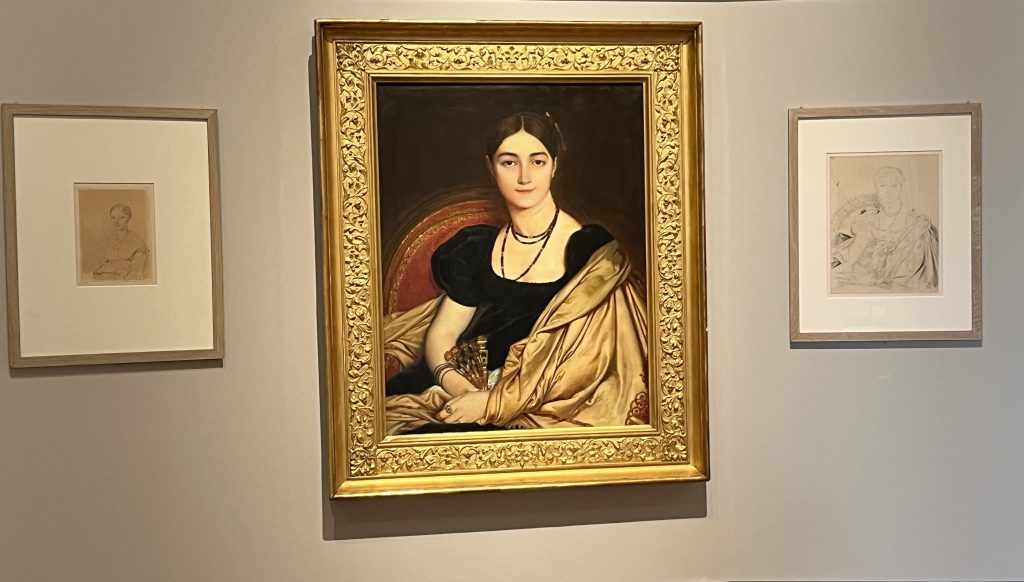 This exhibition shows an original side of the immense influence Ingres had on generations of artists who followed in the 19 th and 20 th century. From Courbet to Puvis de Chavannes and Picasso, Gustave Moreau and Renoir, all have aknowledged being inspired by him and by his sense of eroticism. Man Ray’s picture of “Ingres’ violin” in 1924 is one of them. The museum owns many prints and paintings which refer to his genius. 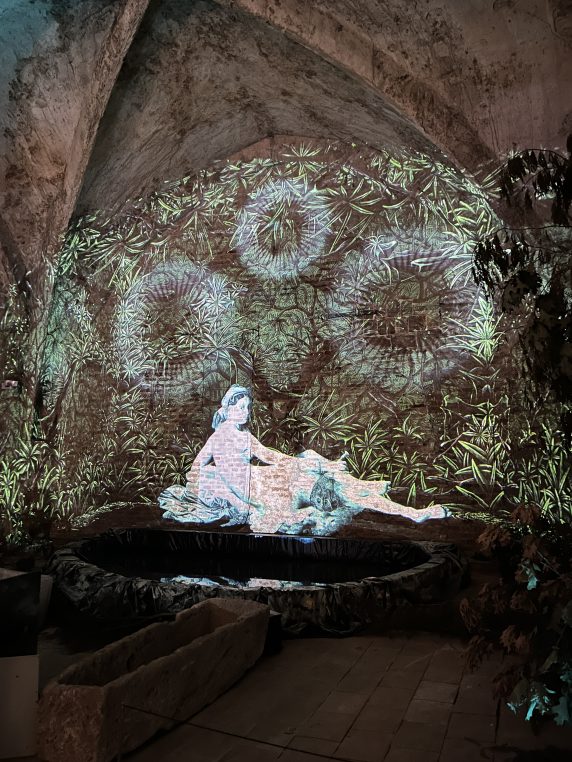 Speedy Graphito, Ghosts, is a fascinating installation in the bottom floor of the museum

Downstairs in the cellar, an installation by Speedy Graphito is also a tribute to Ingres and is well worth climbing down the steps…

“Picabia steals from Ingres”, until October 20 at Musée Ingres Bourdelle. Montauban is a fabulous city of Southern France, one hour north of Toulouse, and it is well worth spending time in. Also Auch and Lectoure nearby are very pretty towns full of art.