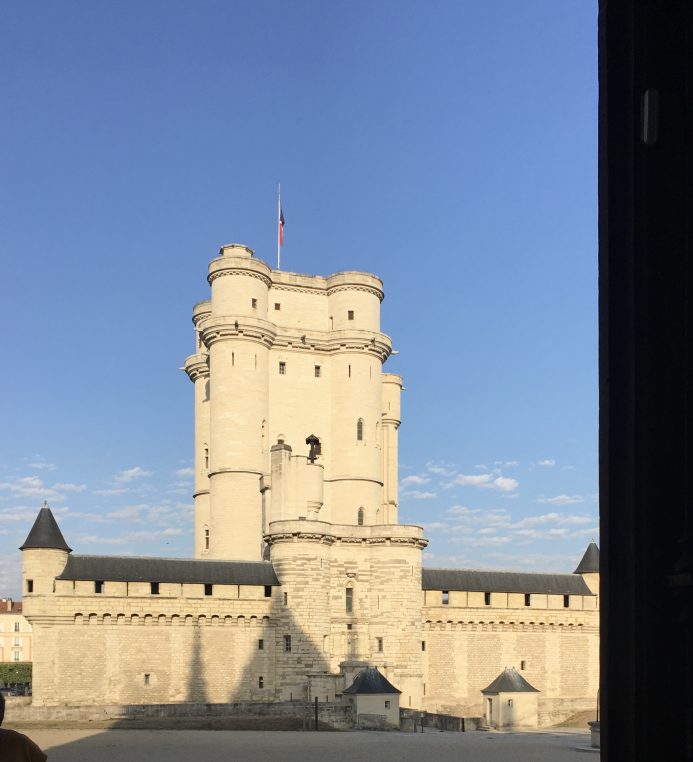 I had barely ever heard of our king Henri II (1519-1559), whose father François I and wife Catherine de Médicis, mistress Diane de Poitiers and cousin Henri IV, completely eclipsed him. He reigned for twelve years, ten of which were at war, trying to expand the Kingdom of France. And he should at least be remembered for taking back in 1558, Calais, from the English after 211 years. Strongly backed by Connétable Anne de Montmorency (who reigned in Chantilly), he fought Charles V in Italy and financed a French expedition which discovered the bay of Rio de Janeiro in 1554. He never fought himself but achieved to enlarge a “Christian” empire and created the order of Saint Michael first held at Mont Saint Michel. He is represented as such in the Chapel of Château de Vincennes on a large stained glass window. 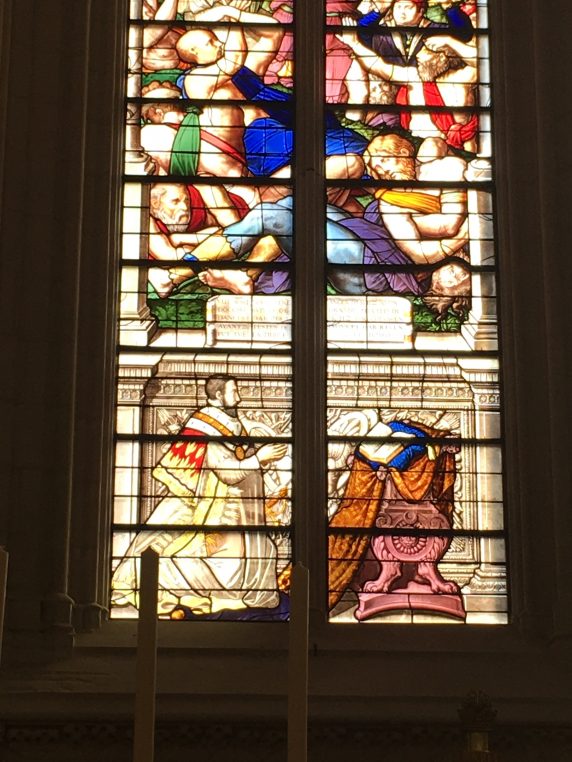 I am ashamed to say, I had never been to Château de Vincennes which is a military bastion just outside Paris on line 1 of the metro. So when I received an invitation to see the new exhibition on Henri II as a military King, “Un roi de guerre à la Renaissance: Henri à Vincennes”, curated by historian Didier le Fur, I rushed and was happily surprised by the Renaissance chapel and the highest dungeon in Europe, in the main courtyard. Philippe Belaval president of Centre des Monuments Nationaux was present all along in a beautiful blue striped suit and explained how French monuments in Paris had suffered this summer. Of course, the Mont Saint Michel, Villa Kerylos, and many other provincial sites in touristic areas, were overcrowded but there was no one in Vincennes. 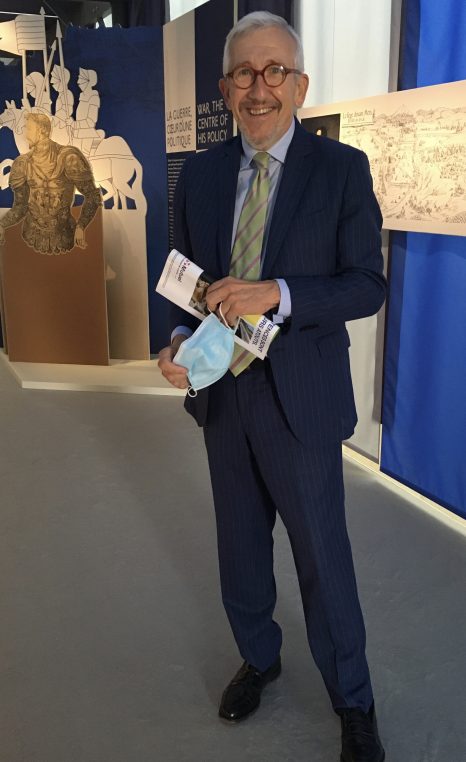 The exhibition is small and concentrates on maps and precious portraits of the King in enamel which are lent by the Louvre. A large part is dedicated to the mysticism of Saint Michael, who always protected the French in battles. This Sainte-Chapelle was consecrated on August 15, 1552 and remained the center of the order until 1728. It is a jewel of pure 16 th century Renaissance style where the Duc d’Enghien, who would have been King of France, is celebrated with a large sculpture, after Napoléon sentenced him to death for plotting agains him. Killed at Vincennes in 1804 at 31, he was buried there immediately. The monument designed by Louis-Pierre Deseine in 1825, was ordered by the King and is a tribute to his courage. 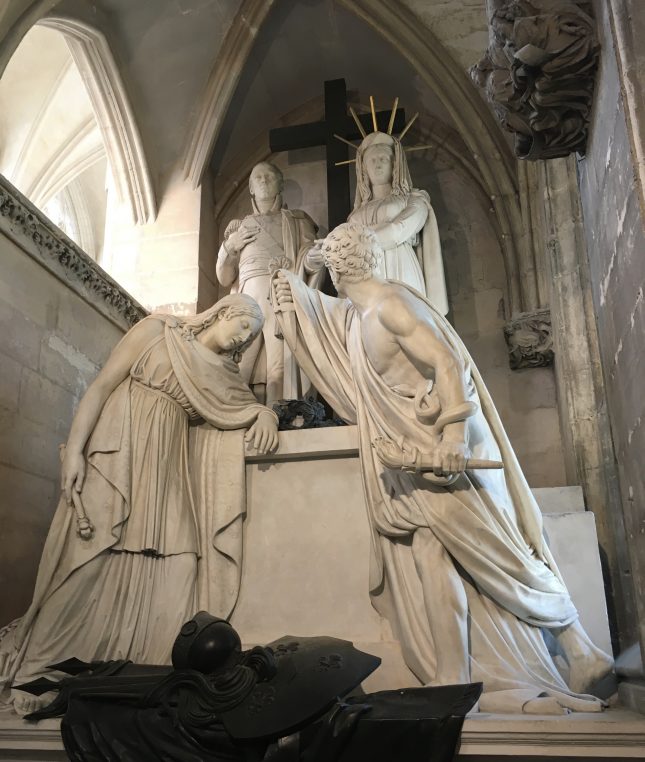 The monument to Duc d’Enghien designed in 1825 by Deseine,  is in a side chapel

Back to the exhibition and to reproductions of precious maps from the time with Africa and Latin America fully illustrated. A “Deposition of Christ” by Charles Dorigny was lent by Eglise Sainte Marguerite and there are battle sights and manuscripts showing what a valorous king Henri was. His cousin Henri IV would be a few years later his successor after many religious wars between protestants ans catholics as Simone Bertière is telling in a fascinating way, in her latest biography of Henri IV.

Visiting this chapel and the exhibition is a good reason to discover the Château de Vincennes which one passes by too often to go to the Zoo or to Théâtre de la Cartoucherie in the woods. It is a romantic spot and its military vocation should not deter you from going…

At Château de Vincennes, the highest dungeon in Europe

3 Comments on “Who was Henri II? an ambitious warrior now at Vincennes.”