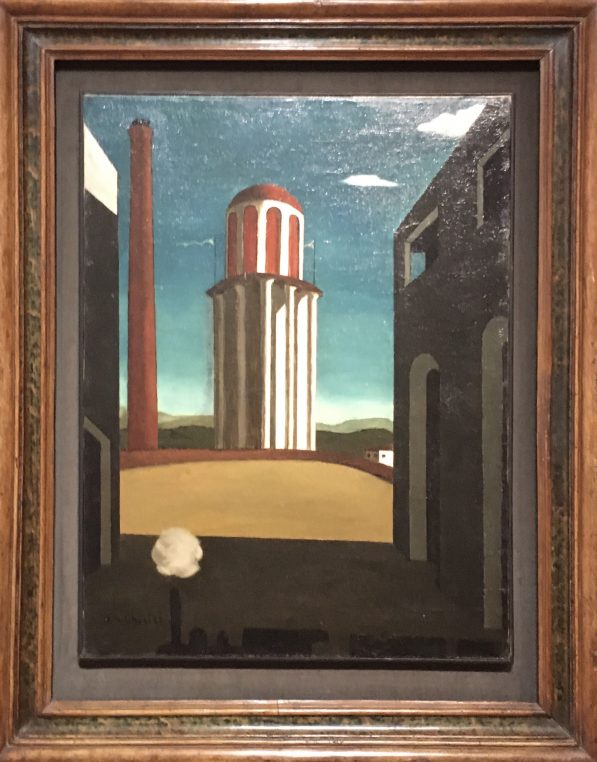 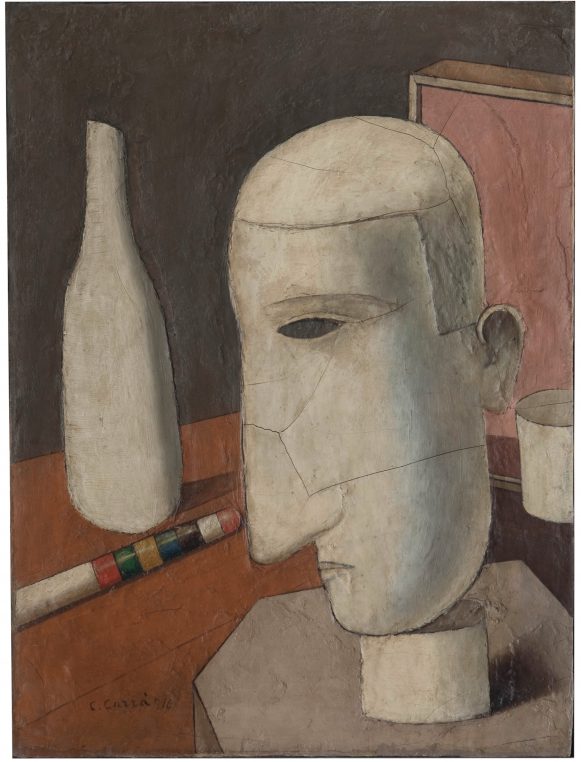 “The suspension of logical sense in art is not an invention of us painters. Fair recognition for this discovery goes to Nietzsche, the Pole, even if in poetry it was first used by the Frenchman Rimbaud; in painting this achievement can be ascribed to the undersigned.”declare Giorgio de Chirico in 1919. The Chirico exhibition at Musée de l’Orangerie in the Tuileries is the fair recognition of the Greek born Italian painter’s influence on literary and cultural circles before and during WWI and thereafter. With sixty paintings, the show proves his influence on André Breton and Pablo Picasso but also on brilliant Italian followers such as Carlo Carrà and Giorgio Morandi, whom he met in Ferrare while doing military duties. This exhibition is organized with the Hamburg Kusnthalle and the Centro dell’arte Metafisico in Milano. 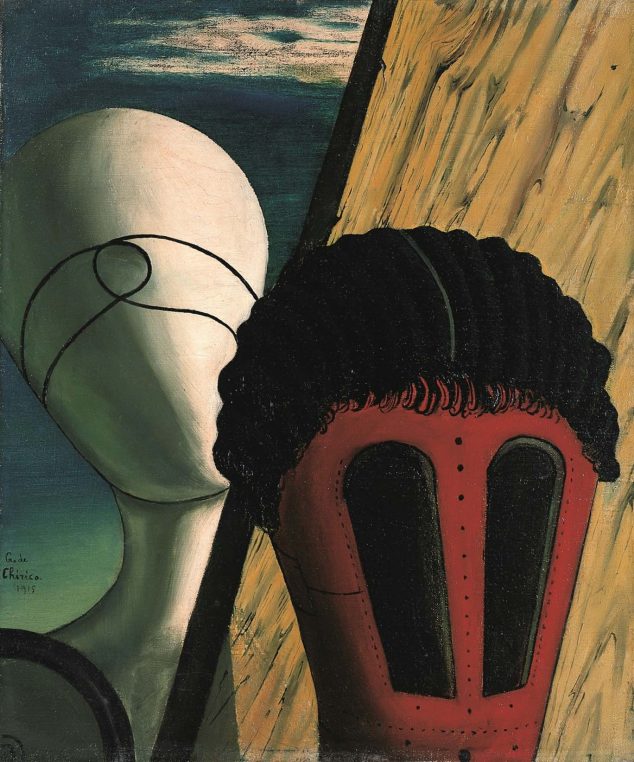 Born in 1888 in Volos, Greece, in an Italian family who had settled in Constantinople, he was raised with his younger brother  writer Alberto Savinio, in a classical environment where he could study the mysteries of the world as expressed by Antique Greek myths. His father had died when he was 7. He went on to study at the Academy of Fine Arts in Munich and as of 1906, he discovered the thinking of Nietzsche and Schopenhauer as well as the works of Böcklin and Klinger.  He was then called by the army in Ferrare in 1915  and spent the war studying and painting at night, working in a military hospital for mental diseases in 1917. 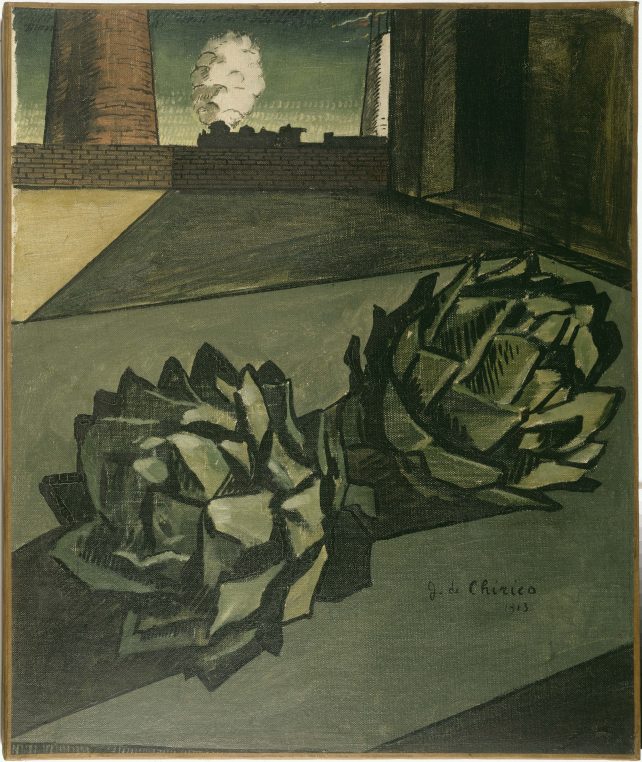 One of the important works in the show is the portrait of French poet, Guillaume Apollinaire (1914), who was the first to call his landscapes “metaphysical” and it develops the importance of the artist of the “Visionary poet”. He will be exhibited by Paul Guillaume in his Parisian gallery where his contemporaries discover him.  The exhibition thus interlinks recurrent themes at the Musée de l’Orangerie – Apollinaire, the Parisian avant-gardes, the First World War and its consequences on the European artistic scene, and the Paul Guillaume gallery, among others. 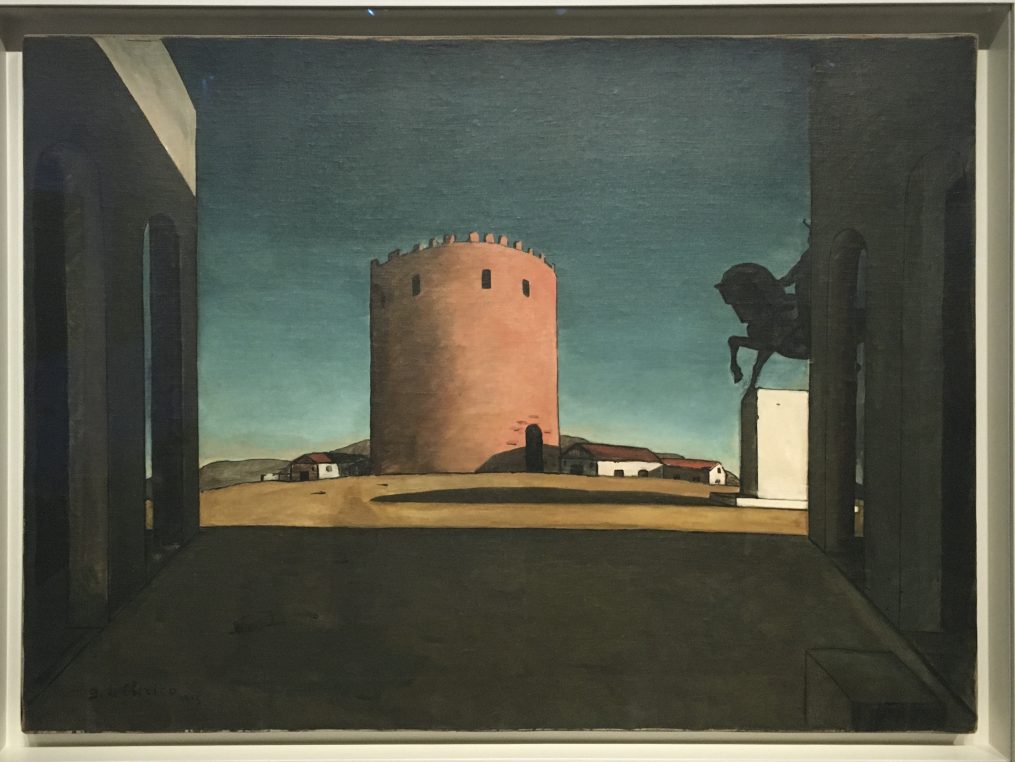 What I liked most in this show is the introduction of fabulous paintings by Morandi and Carrà, his friends from the war. They give a larger spectrum to the artist’s career. The strange portrait of a little boy, “Il figlio del construtore” by Carrà, and his “Drunk man” are amazing. His “Melancholy of the afternoon” with a canon, artichokes, and a clock is also a favorite. You can let your mind meander in the galleries and read the different letters and documents about the period which was such a rich aggregate of different arts. 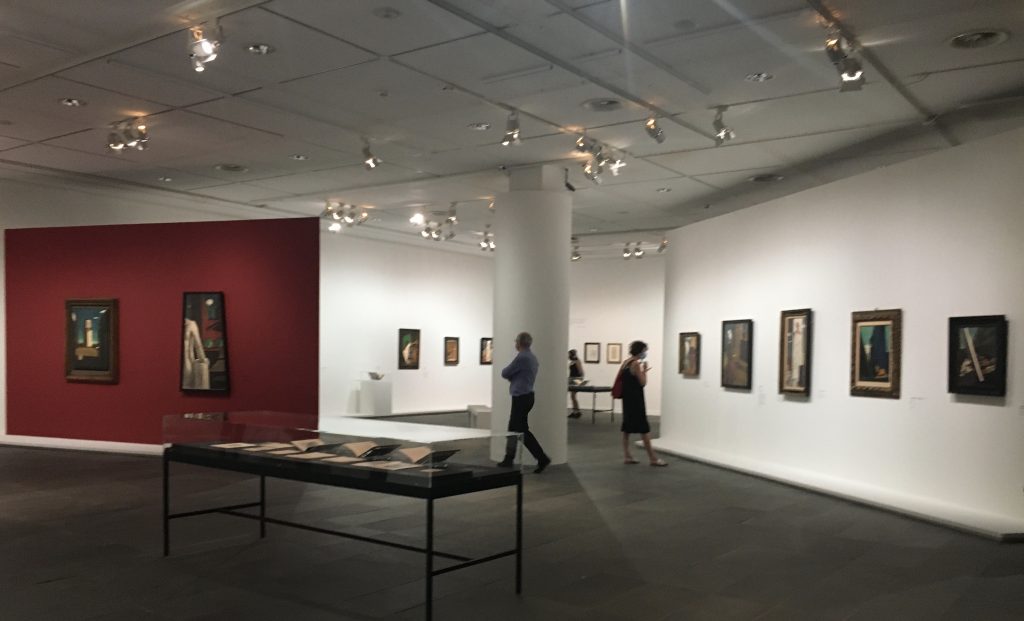 And don’t forget to have a look on the same floor at the Paul Guillaume collection of impressionist paintings which does not include any Chirico , strangely enough! Upstairs, Monet’s magical Water lilies await you in two large oval rooms.

Until December 14, Musée de l’Orangerie. Make sure to book. From January 21 to April 25, at Hamburger Kunsthalle in Hamburg.