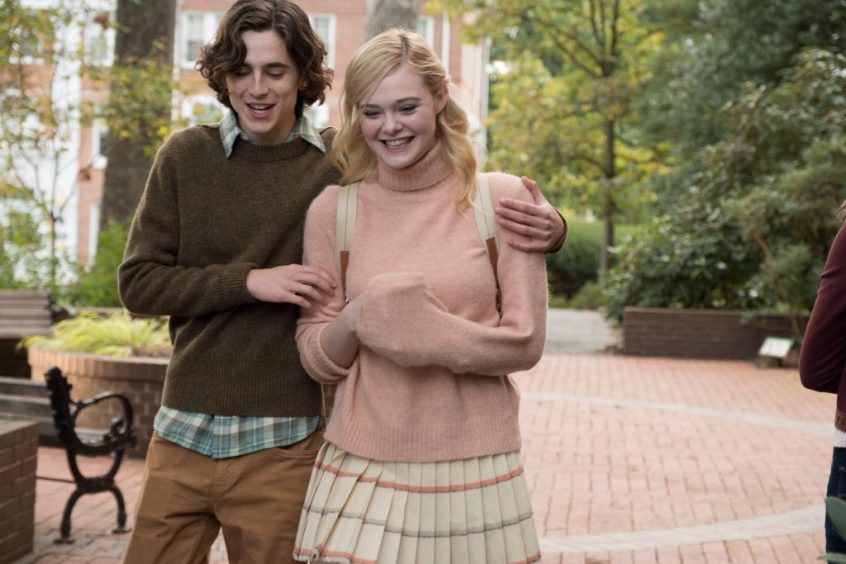 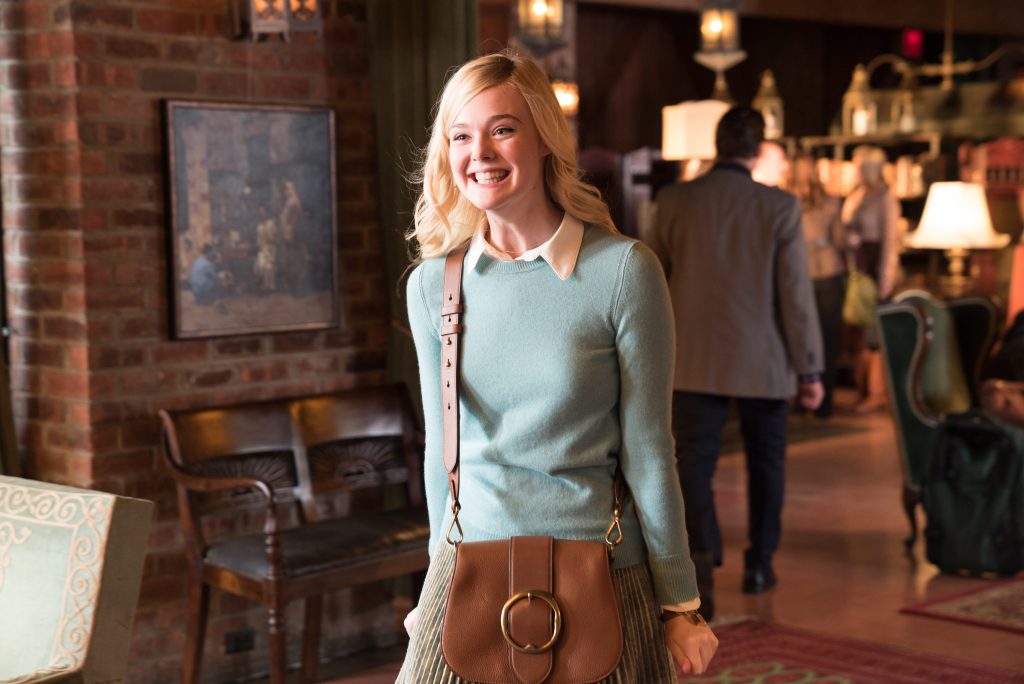 Elle Fanning is the most attractive Ashleigh

At the press screening in July, journalists were laughing out loud and came out commenting on “the mother scene”. With  “A Rainy Day in New York” Woody Allen brings out one of his excellent films, a color version of “Manhattan” without Gershwin but with a much better version of Mariel Hemingway, Elle Fanning, who looks stunning. All actors are surprising, including Jude Law who plays a screen writer whose wife (Rebecca Hall) cheats on him, and Timothée Chalamet, wearing Woody’s usual tweed jacket, who looks like a girl most of the time. The sceneries of New York are outstanding from Soho to Central Park and of course the dear Carlyle bar, where Woody still plays the clarinet every Monday night. The film reads like an ABC of Woody’s life including his love for rainy days. 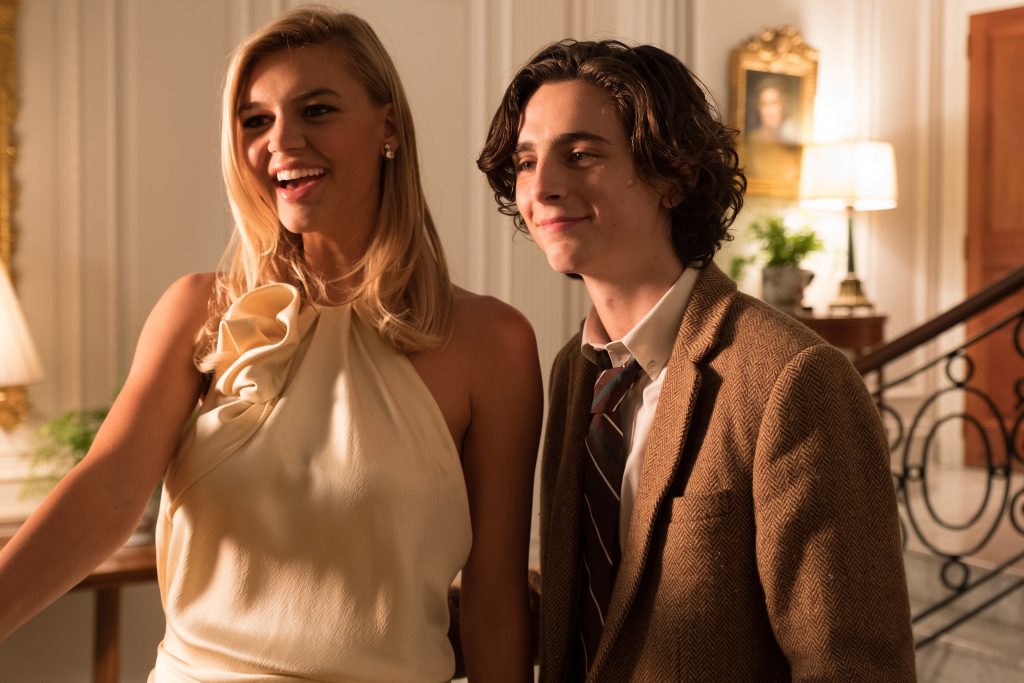 The film opens on Yardley college, a small university upstate New York where Gatsby, a poker champion, and Ashleigh, an heiress from Tucson, study and fall in love. Ashleigh who writes for the college journal, is invited in New York to interview a famous but depressed director, Roland Pollard. There she galvanizes every older man she meets. The film is a satirical fresco of love between generations, glamorous life in New York where all apartments have a view on Fifth avenue and glitzy hotels (The Pierre, the Plaza, the Carlyle…), which are the epicenter of the drama. 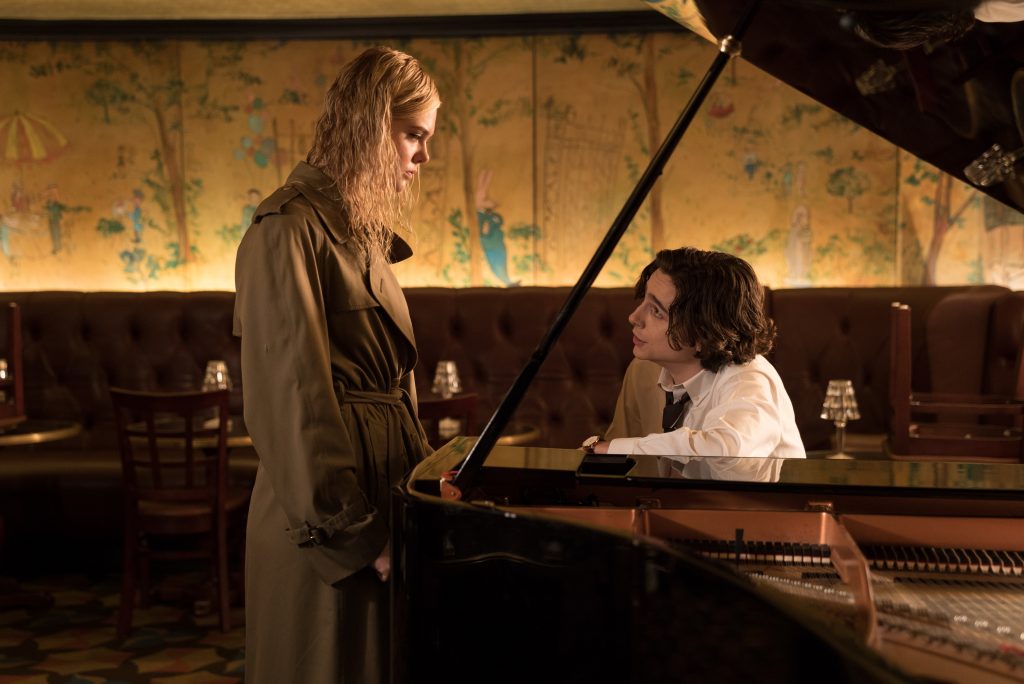 At the bar of the Carlyle, Gatsby and Ashleigh reunite

There is a hilarious visit at the Met, Impressionist and Egyptian wing included, a lot of drinking takes place including in one of my favorite restaurant, 8 1/2 on 57 th Street under the Chanel headquarters. Thank God no shopping takes place for lack of time since there is unity of action in 48 hours. Like in many Woody movies, the script is slightly surreal and magic is everywhere and Allen’s real life is intertwined in the script. Roland Pollard’s first wife was a philosophy student like Woody’s first wife. He gives Ashleigh a scoop “he is quitting film making”, that will not happen for the 83 year old director is still shooting a film a year. The usual Jewish jokes also have their part like when there is mention of giving a blow job at a barmitsvah. 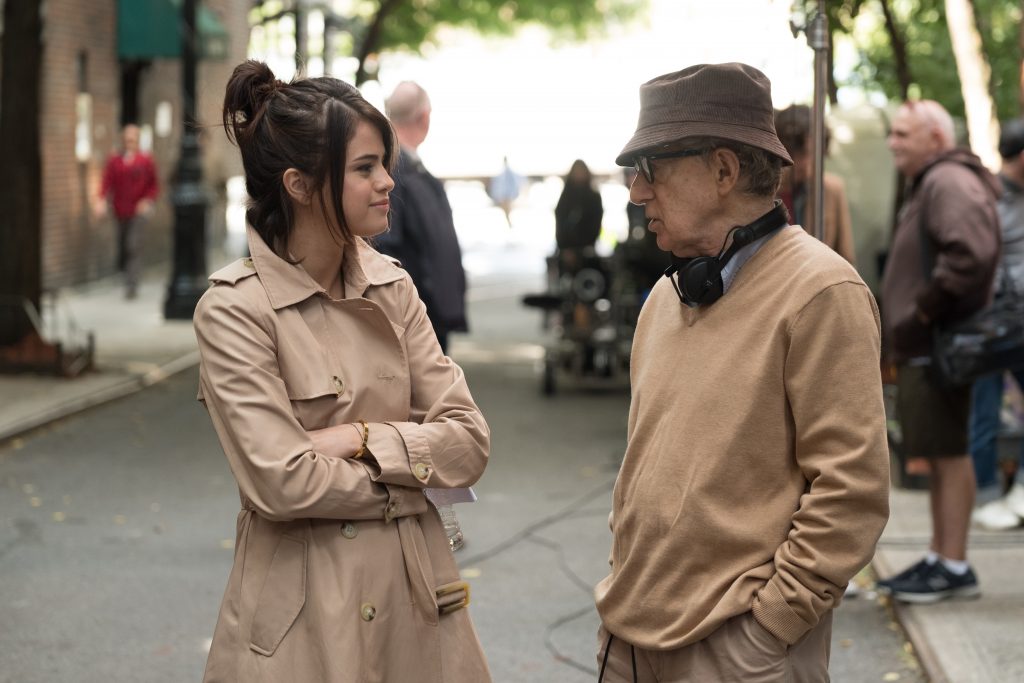 Woody Allen chats with Selena Gomez on the set

When Ashleigh abandons Gatsby for the afternoon,  and runs away with a second rate latino actor, he hires a hooker with the $15 000 he’s just made playing poker, to stand in for her at his mother’s gala party. (His parents had previously given a benefit for Jeb Bush!) This is when a surprise awaits the spectator!

There is a special lightness in the film and one laughs a lot at the director’s usual jokes. The cinematography by Vittorio Storaro is exceptional as are all decors and costumes.

This film was shot in September 2017 when Chalamet was 21 and Elle Fanning 19, and it is reminiscent of many of Woody’s films and also of his current life with his daughters Bechet and Manzie who are in college.  Ashleigh makes sure to mention that she is 21 when she is seen drinking heavily and walking up to the actor’s bedroom in his loft. 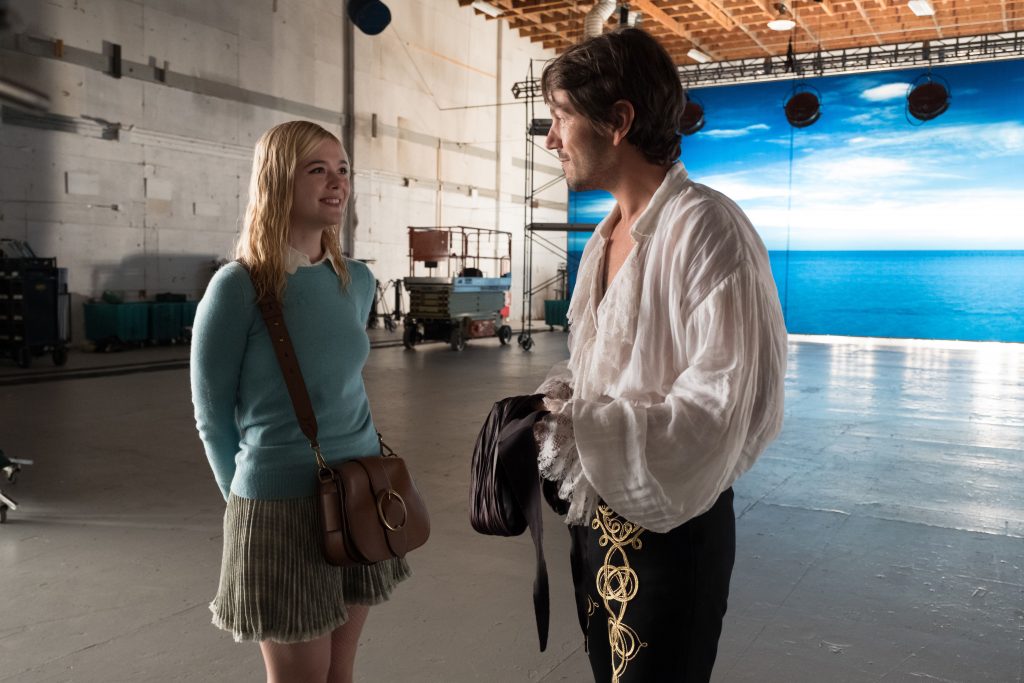 British actress Rebecca Hall (the unfaithful wife) took publicly Woody’s defense when Amazon refused to distribute the film for “Me-too reasons”. And so did Jude Law in an article in the Guardian.

Cherry Jones who plays Gatsby’s mother,  has a scene at the end of the movie which will remain in the anthology of cinema and gives a hilarious twist to the story.

The film comes out in France and Italy on 18 September. In December in the U.S. We are very lucky to have kept some freedom of thinking in Europe!

Woody Allen was shooting his new movie all summer in San Sebastian with cameraman Vittorio Storaro. Over dinner at a trendy Chinese restaurant in Paris, he beamed about the beauty of the Basque city, which obviously inspired him! After directing his short opera “Gianni Schicchi” at the Scala in June and touring Europe on a music tour with his jazz band, he is finally back in New York after three months.

7 Comments on “Woody Allen is back, at his best”