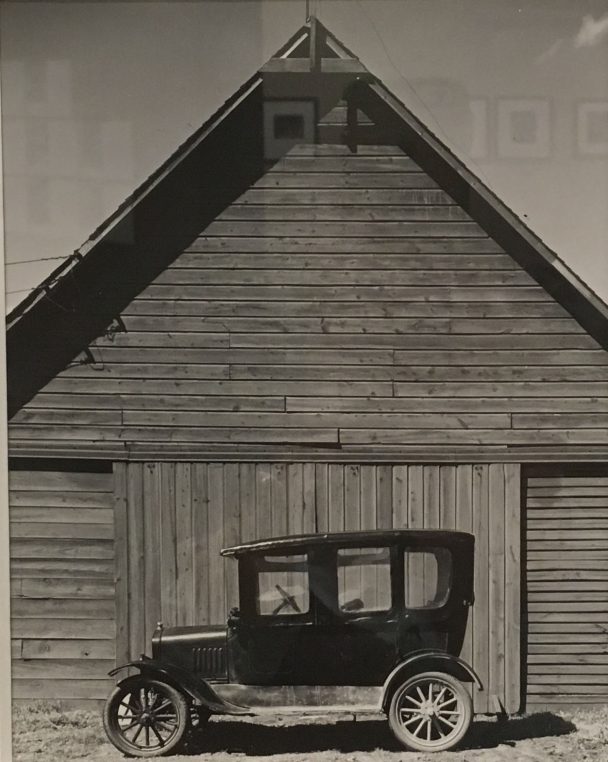 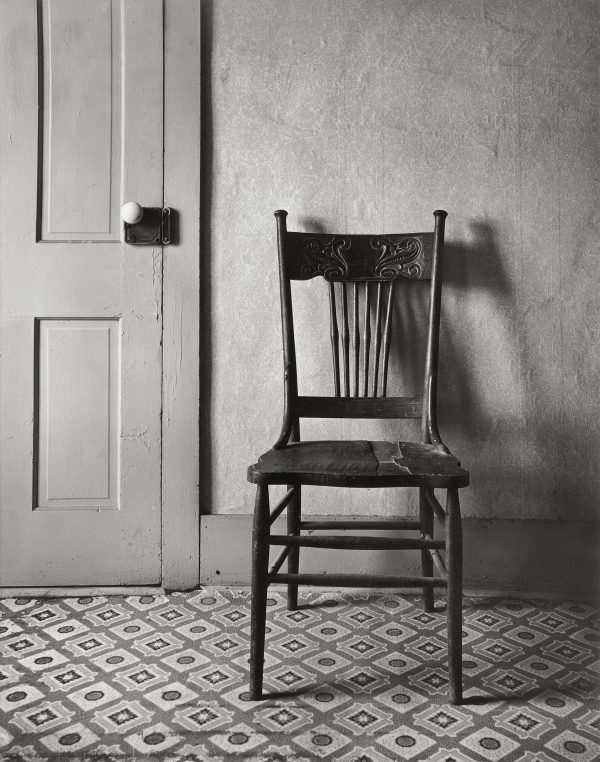 Unlike his fiction which often focuses on flamboyant characters, Wright Morris‘ photographs are practically devoid of figures. Born in 1910 in Nebraska, this complete artist has developed, all his life, an experimental dialogue between images and text. His black and white pictures at Fondation Henri Cartier Bresson are breathtaking in their simplicity and sternness. A good occasion to discover their new premises on rue des Archives, if you have not been yet. 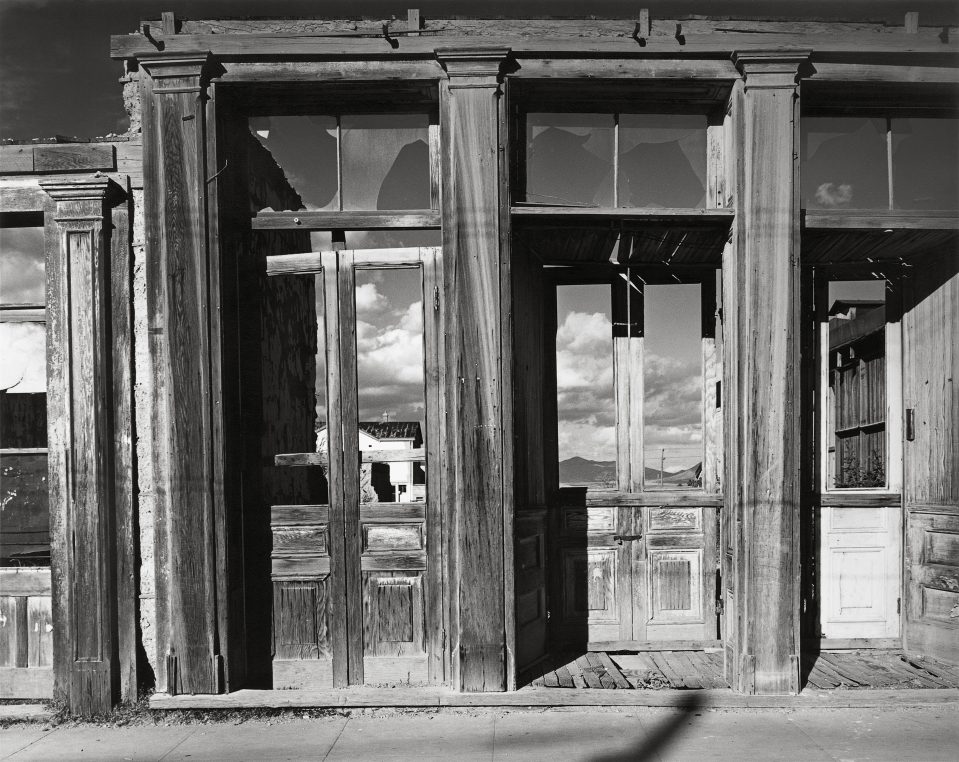 When you first enter the exhibit, you meet the barber Eddie Cahow in Chapman, Uncle Harry and Uncle Ed in Norfolk, Virginia City, all towns in Nebraska. Then appear wood logs and sidewalks from Ohio, chairs from Indiana, Faulkner’s memories in Oxford, Mississipi. It is a grand and dark tour of the midwest that Wright Morris takes us on, with its decrepit houses and miserable interiors. The details of a chair with old boots, an abandoned kitchen with a worn out sink and the very busy barber shop, fascinate the photographer to the point that he describes the interior: “Everything in the shop proved to be of interest. The mirror with its chalked menu of servies and prices, the tonic bottles and brushes on the chiffonier, the case of razors and towels, the postcards sent to Cahow…” 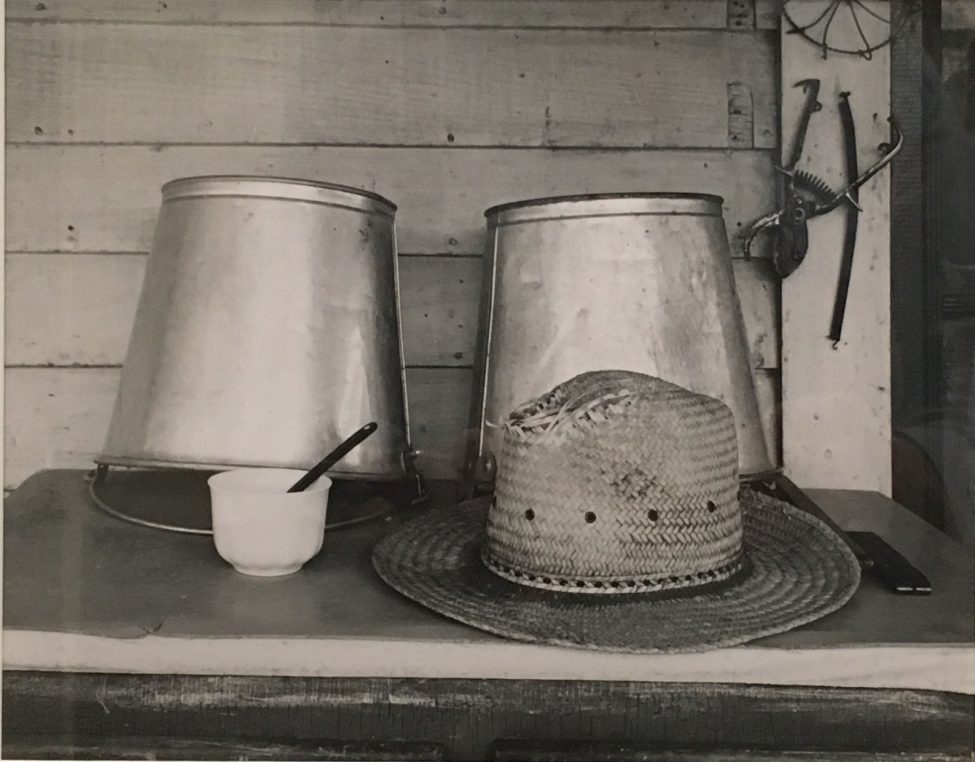 Wright Morris photographs mostly still life and yet his pictures are very vivid and alive. From a chaotic childhood, he conveys a great calm in his two bodies of work, “The Inhabitants” and “The Home Place” two books written with many photographs.

“Through writing, through the effort of visualizing, I became a photographer, and through my experience as a photographer, I became more as a writer”  he said. Agnès Sire, artistic director of the foundation and  curator of the show, talks about the celebration of living in his photographs with no human being in sight. It is as if all the characters from his books were replaced by personal objects. 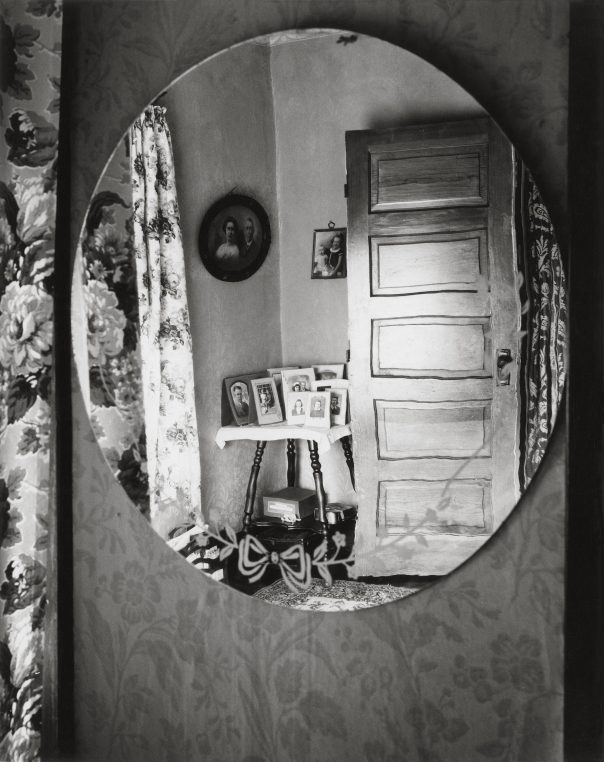 The strength of this show resides in the quality of every shot. In the back of the foundation, a short show of Henri Cartier Bresson‘s work from 1930-1933 is disappointing. His travels at 20, around Eastern Europe with André Pierre de Mandiargues and Leonor Fini are not convincing artistically but they show his last photographs before he acquired a Leica, which is historically interesting.