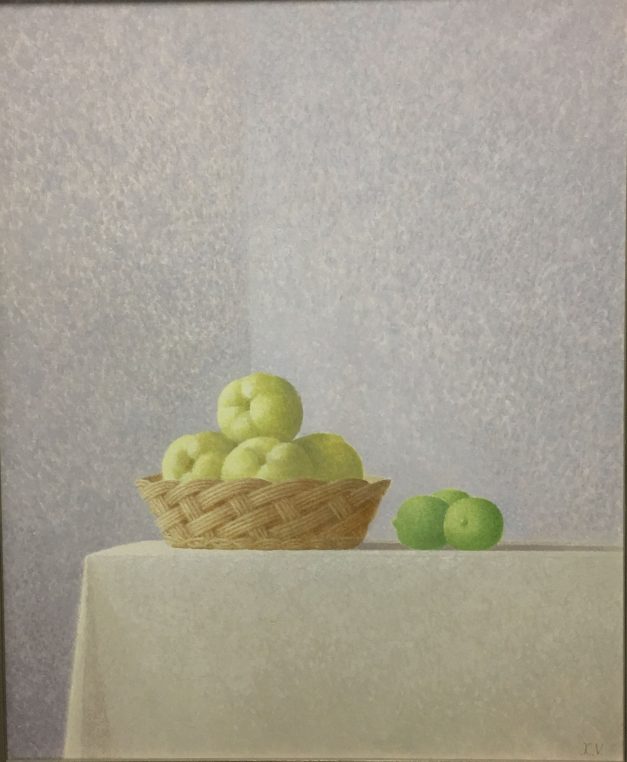 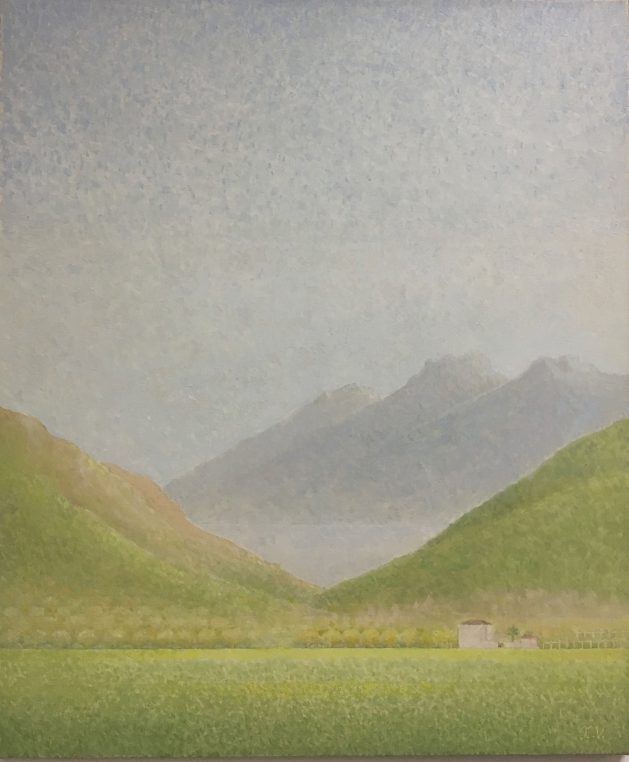 Xavier Valls, a Catalan painter whose son Manuel became Prime Minister of France during Hollande’s presidency, is at last getting some light in Paris at Institut Cervantès. The exhibition of his aerial paintings was the occasion of a little event around his charming Swiss Italian widow Luisangela (Luisa) who has many friends, their son and daughter Giovanna, who had flown in from Barcelona. 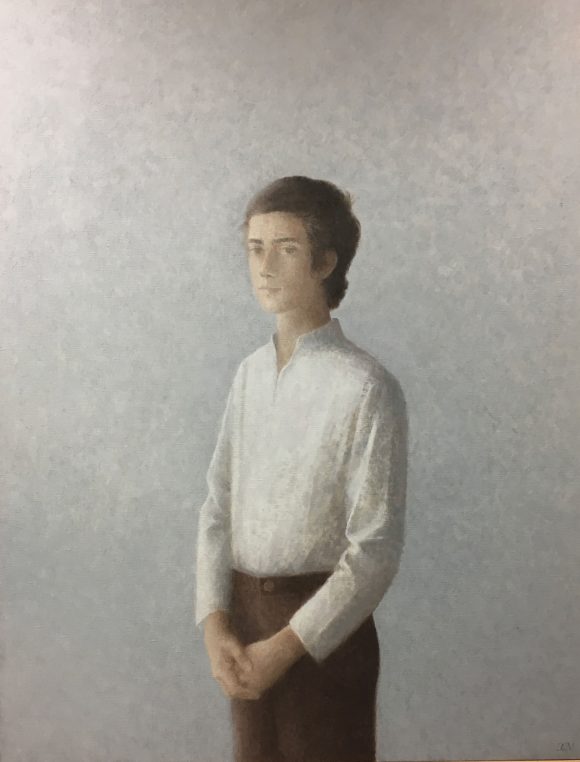 Luisa was born in Ticino, Italian Switzerland, and met her husband who was best friends with her sister’s fiancé in Lugano. The Catalan and the Swiss soon married and settled first in Barcelona, then in Paris where the painter did most of his work and was represented by galerist Claude Bernard who lent several beautiful paintings for the show. 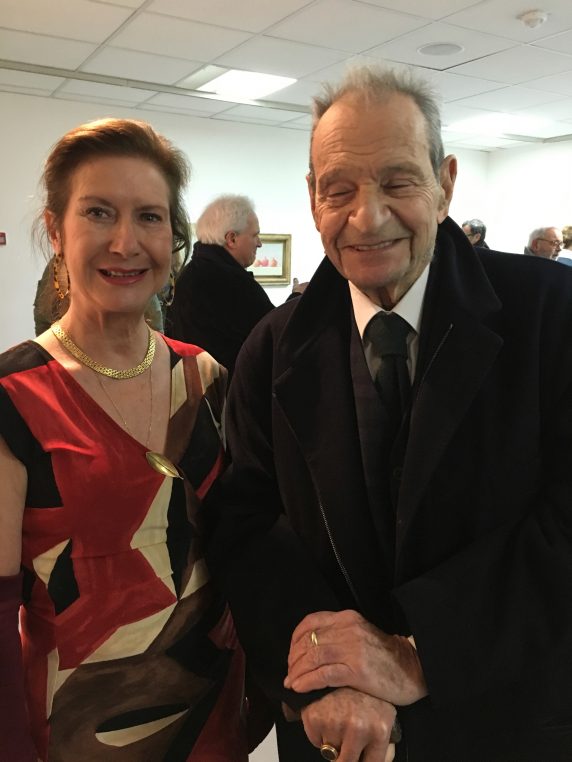 Xavier Valls’ art is all subtleness and some say he is reminiscent of painter Giorgio Morandi. His drawings and watercolors are probably what I prefer in their simplicity and perfectness. There are a few portraits in the show, including his immediate family, and many scenes of the lakes in Switzerland but also of Paris where he had his studio for fifty years after coming here on a scholarship in 1949. This is when he befriended Giacometti and art critic Christian Zervos and collaborated with  Fernand Léger on his stained glass works. 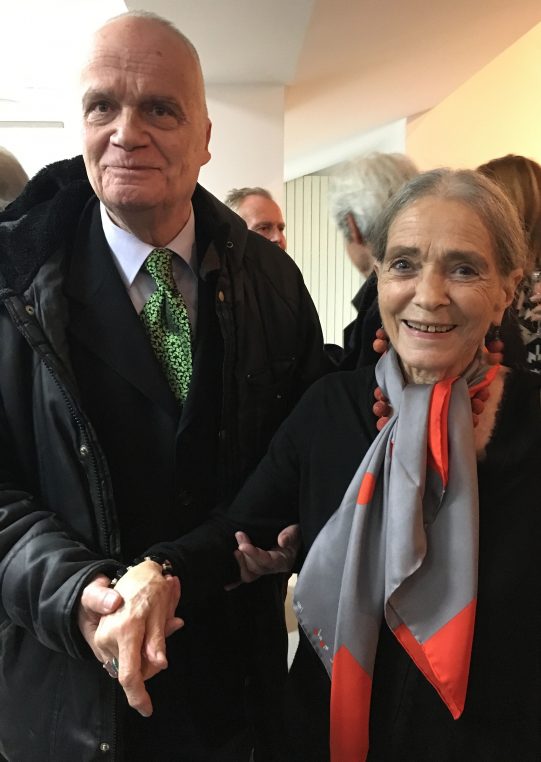 Manuel Valls who is running for mayor in Barcelona was present with his new partner Susanna Gallardo. And Spanish ambassador Fernando Carderera was there with his wife Victoria and invited the family and all the lenders back at the Embassy for a lavish dinner.

The exhibition is on until March 8 at Institut Cervantès, 7 rue Quentin Bauchart. And it is free. 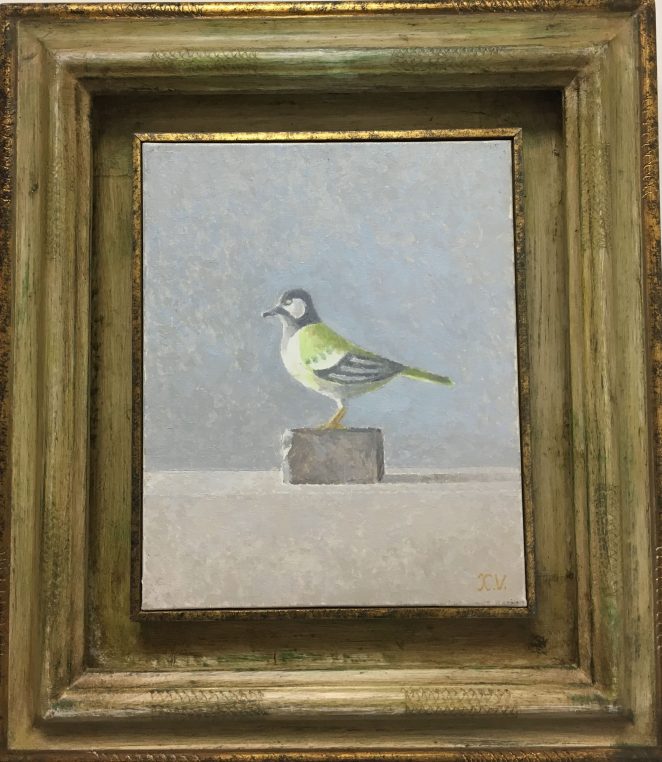