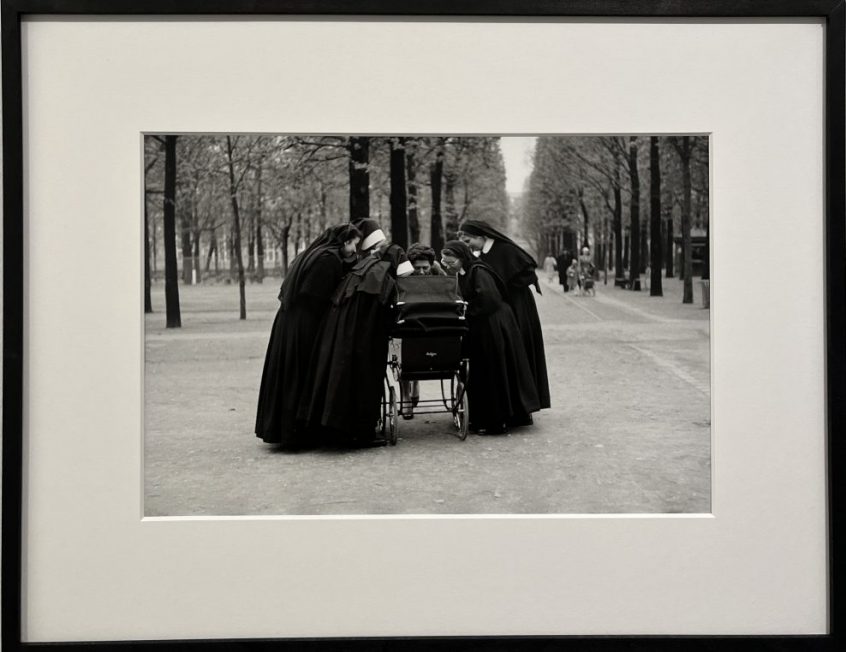 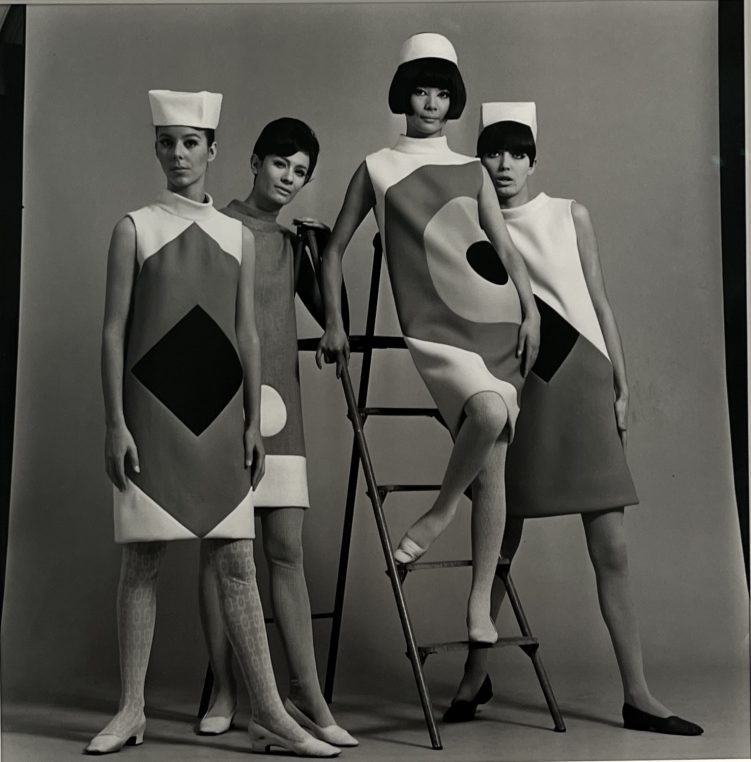 Pierre Cardin Collection, with Hiroko at the center

Yoshi Takata was always with Pierre Cardin. She was his first assistant in charge of the Asian market, his Japanese muse, shadow, intercessor. I knew her well in the 1980’s when she lunched at Espace Cardin in the gardens of the Champs Elysées and was always available to give a tip or exchange nice words. But strangely enough, I had never seen her photographs which are exhibited at Thaddaeus Ropac, in the Marais until April 19. Nor had I ever known that when she arrived in Paris in 1954, after she had worked as an interpreter for Agence France Presse in Tokyo, she met all the important photo reporters of the time, Henri Cartier-Bresson, Robert Doisneau, and Edouard Boubat who took her around and showed her the capital. 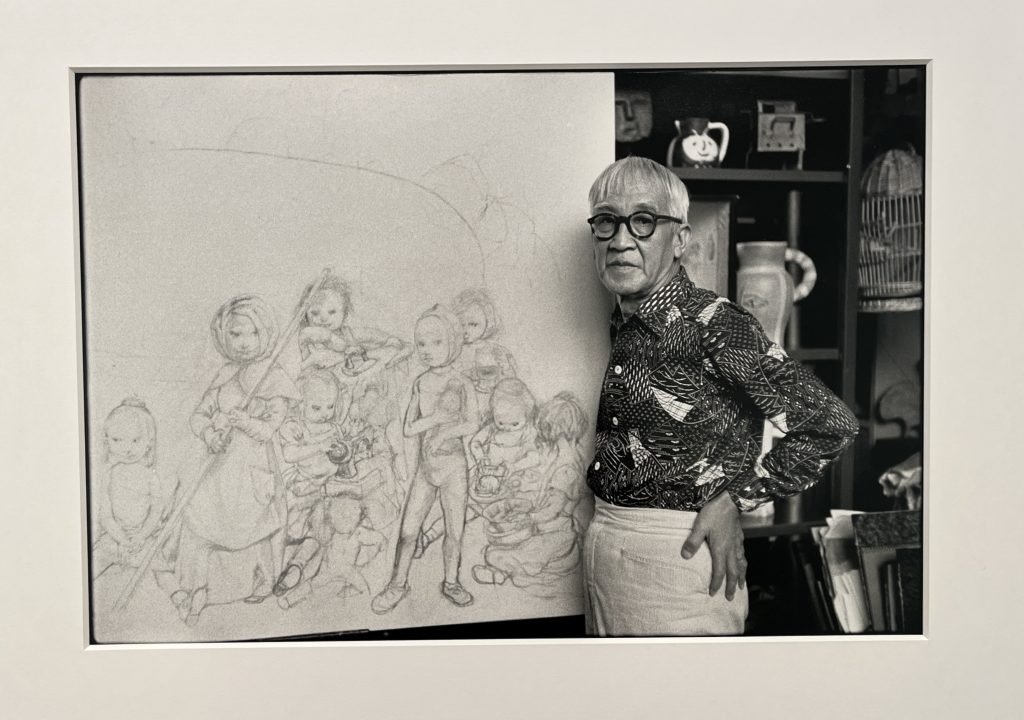 Tsuguji Fujita in his studio, 1960

The show of nineteen photos and letters, is very moving for anyone who lived to know her. The last recital of Marlène Dietrich at Espace Cardin in 1973, where her pink champagne dress was sewn on her and where she tripped when leaving the stage, is a very strong personal memory. The first stage directions by Bob Wilson in 1971, Pierre Cardin as a young and very handsome man, Fujita in his studio, eight years before he died… All the pictures are very immediate and charming. One with nuns admiring a baby in his or her pram in the Luxembourg garden is very reminiscent of Marc Riboud’s photo of a nun with a 2CV car. She also captures well the famous Japanese model Hiroko Matsumoto’s beauty, which remained exceptional until she died. A large portrait in 1965 of her by Robert Doisneau opens the exhibition with a few of his letters. 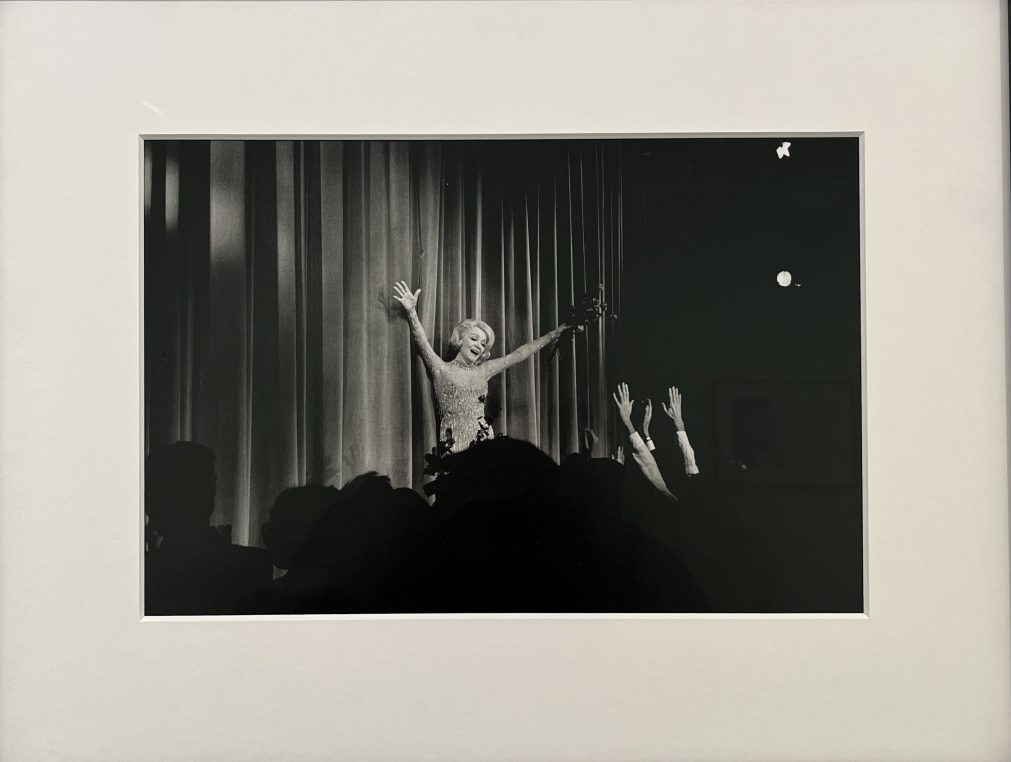 Marlène Dietrich, at her last public appearance in 1973 in Paris , at Espace Cardin. Her dress was sewn on her and she tripped when she walked off stage

Yoshi Takata, “Looking at Paris”, until April 23 at Galerie Thaddaeus Ropac, 7 rue Debeleyme. Prices are around  5 000€