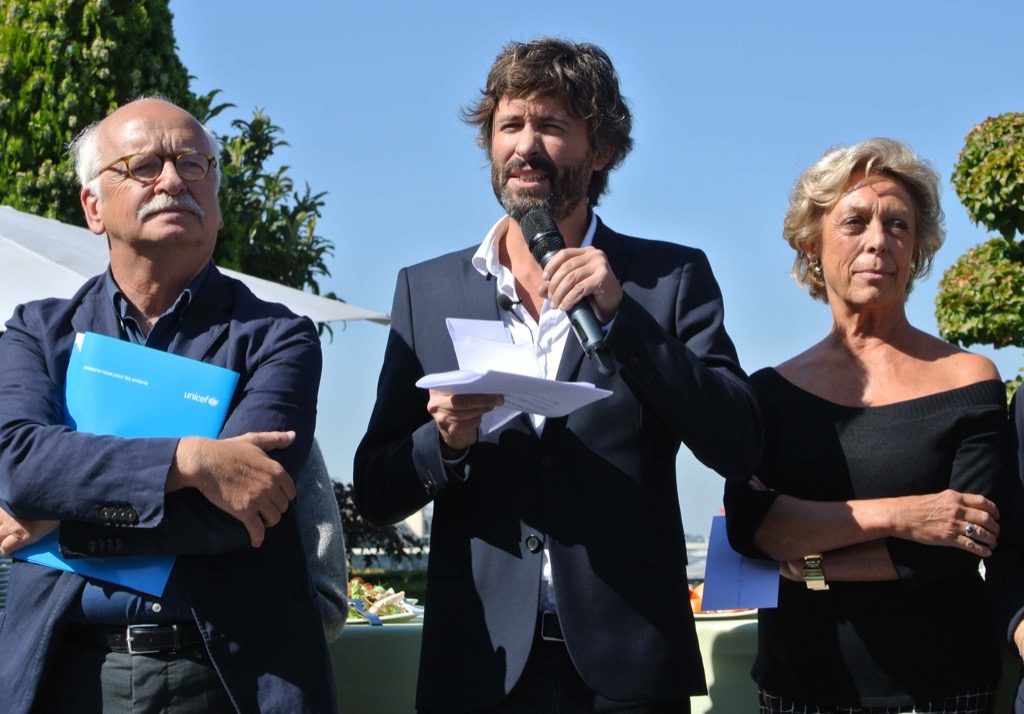 Christophe Ono-di-biot announces the winner of the literary Prize with Anne de la Baume, who runs the Fondation Marcel Bleustein-Blanchet and Erik Orsenna, member of the jury

There are a few magical hidden places in Paris and the terrace on top of the Publicis building, on place de l’Etoile, is one of them. Each year in September, a poetry and a literary prize are given to a young writer by the Fondation pour la Vocation Marcel Bleustein-Blanchet and a relaxed and yet delicious lunch follows on the sunny terrace overlooking Paris and La Défense. This year, Martin Wable, 23, won the poetry prize for “Géopoésie” and Miguel Bonnefoy, 29 for his first novel « Le Voyage d’Octavio » which we had already reviewed here last March. 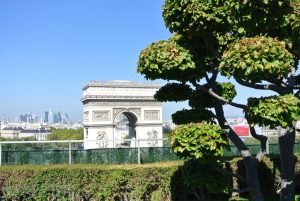 The view from the terrace is unequaled

It is like a prolonged vacation, and spending two hours with publishers, young writers and old jury members, around a buffet of marinated salmon and chicken salad made everyone feel very privileged. Nicolas d’Estienne d’Orves was discussing his new book «  Le Dictionnaire amoureux de Paris » (Ed. Plon) and I wonder if this terrace features in it ? 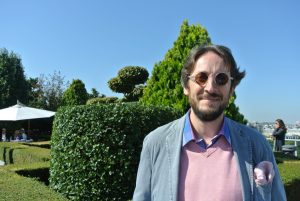 Erik Orsenna was smiling around, Christophe Ono-di-Biot,  a former laureate was using all his whit, Anne de la Baume, who manages the Foundation was attentive to everyone while young author Elena Costa (« Daniel Avner a disparu », Gallimard) was marveling at being published for the first time by Jean Marie Laclavetine, one of the best editors in Paris.

Next November, at Théâtre de Paris, the list of laureates in science, music, gastronomy, wood carving, astronomy or fashion… that the Fondation Marcel Bleustein-Blanchet helps every year will be announced. Most of them become very successful very fast, and come back to coach their young colleagues. Elisabeth Badinter has followed in the steps of  her father, the genius advertising mogul  and the prize giving ceremony has become a landmark event  in Paris’ cultural life.