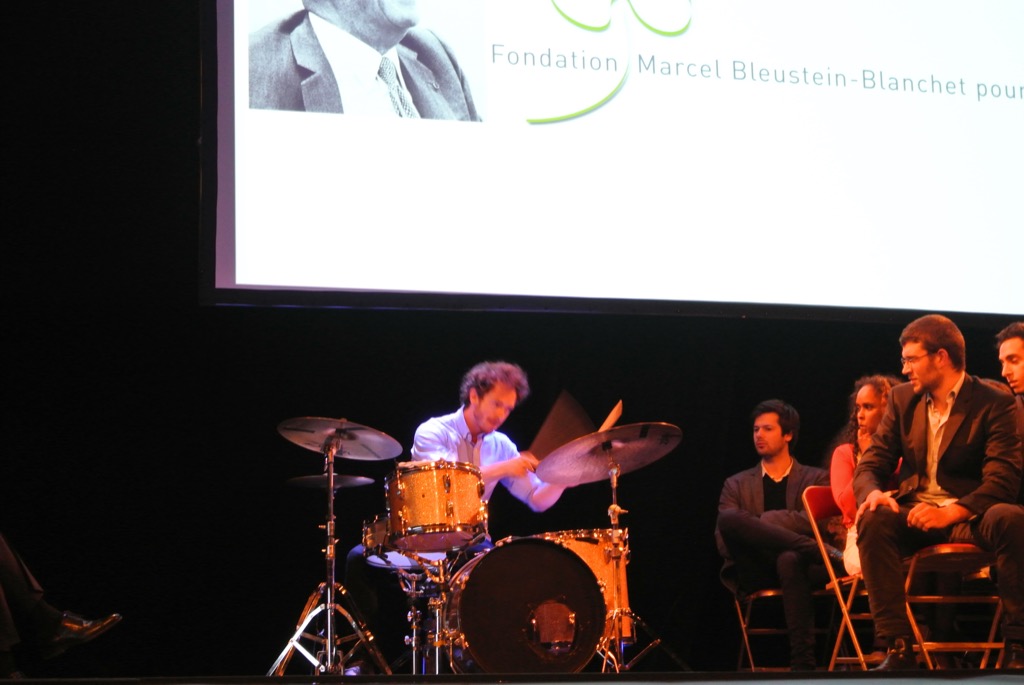 So many young people have no idea what to do when they graduate from High School, that it is extremely gratifying and exciting to see thirty one laureates of the « Fondation Marcel Bleustein Blanchet pour la vocation », describe their ambitions and in such diverse fields as jazz and ethno musicology, archeology or special effects, motorbike pilot, ballet dancer, or amphibian studies. The special guest this year was Mohed Altrad, a Syrian entrepreneur who won the 2015 World entrepreneurship Prize, and dedicated it to his adoptive country in these words, « I did not win, France did ». 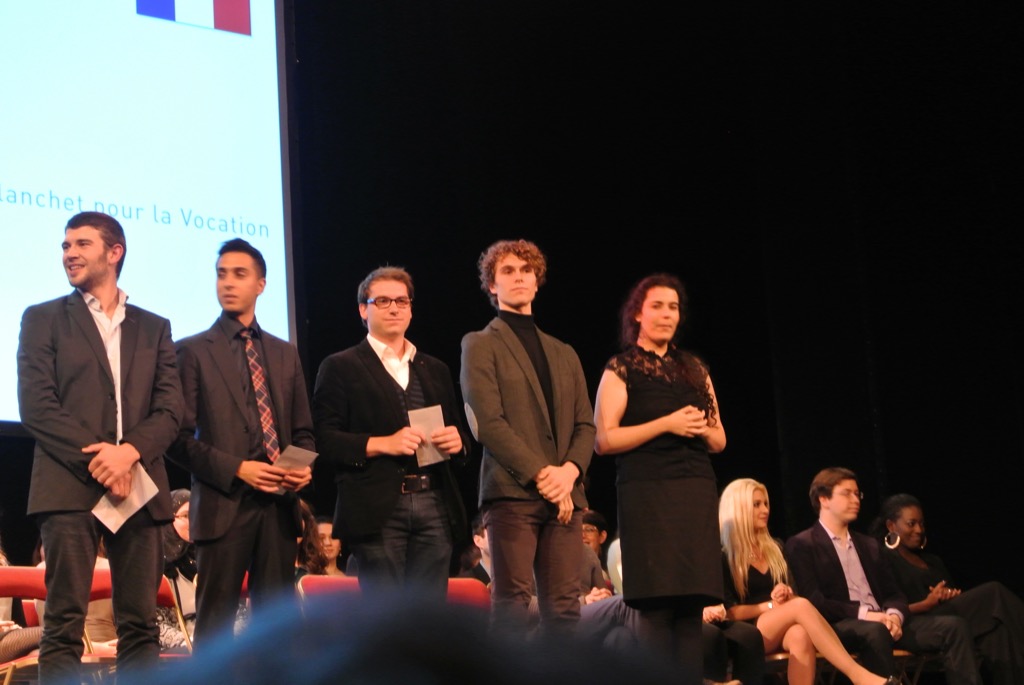 The 55 th edition of the Prize took place the day the Cop 21 opened at Le Bourget. There was therefore a special solemnity and intensity all evening, and the public who attended the Théâtre de Paris prize giving ceremony, had to walk over police lines to get there ! Elisabeth Badinter, who took over the foundation after her father died, gave a fabulous speech honoring Mohed Altrad, who succeeded in France after winning a scholarship to study in Montpellier. She reminded us that he had learned to read and write in Rakka, a town sadly famous today, while peeping through a whole in the wall of the school he could not afford to attend. After completing a doctorate in computer science, he bought his first scaffolding company with no cash. It is now the very successful Altrad group. 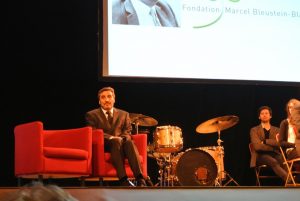 Mohed Altrad, was the guest of honor 2015

He told the young laureates never to give up and always believe in their passion. This year, as we could discover on 31 brilliant 1 minute films, most of them had either lost one of their parents or were issued of divorced families with no financial means. Some were severely handicapped (blind or chair ridden), all were fascinated by their topic, and really moving for us, the public.
Selected by very professional jurys, all candidates (many foreigners this year) win a check, but also the help and assistance of the foundation all year long,  in order to realise their projects. 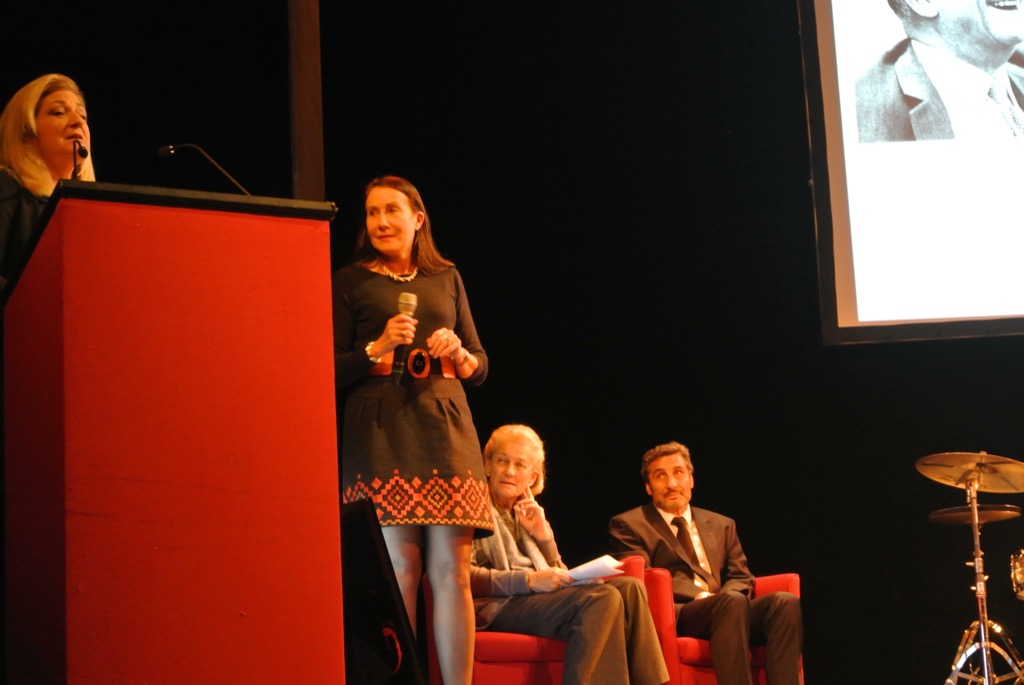 Véronique Debroise, a 1988 laureate, comes back with her successful experience

Elisabeth Badinter reminded us that in 2015, 3 former musician laureates appeared at Carnegie Hall, a woman laureate became the first handicapped voltige pilot in the world, and all the 2014 laureates had achieved their goal. Véronique Debroise, a 1988 laureate came to testify on her success as a creator of olfactive toys with her company, Sentosphère, thanks to the foundation. She also insisted on the « never give up » formula.
In the middle of Paris dramas and police controls, this evening devoted to the ambition and energy of the young generation, was the most stimulating moment one could hope for. And if you are inspired you can contribute to their careers in helping Fondation Marcel Bleustein Blanchet.