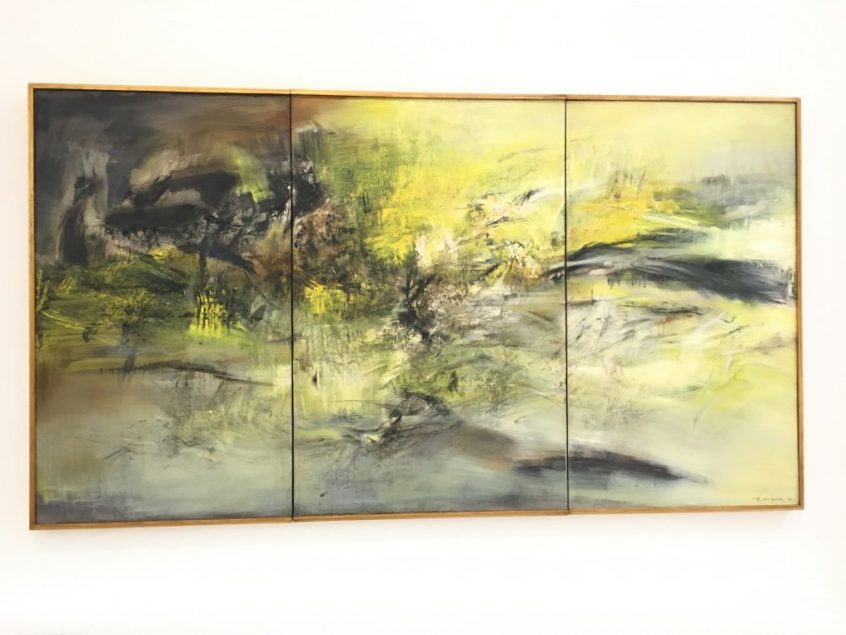 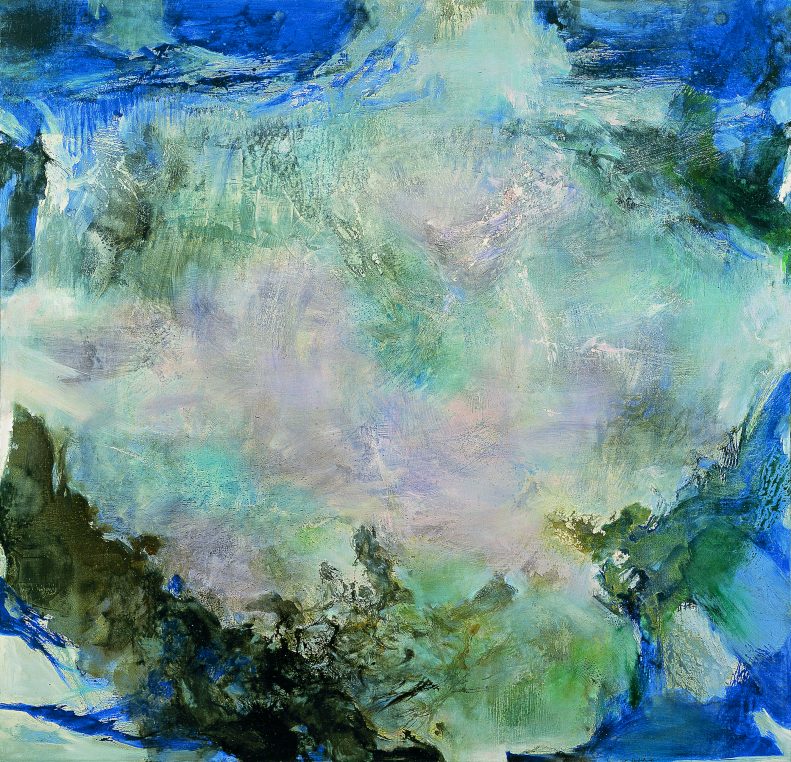 The new exhibition of Zao Wou Ki‘s work at Musée d’Art Moderne, “Space is silence”,  is as striking by its large format as it is by its colors. The new space along the Seine where the works are shown, is very bright and the triptychs of the master attract many quiet visitors who sit for hours watching his enigmatic landscapes. After Daniel Marchesseau‘s exhibition at Fondation Pierre Gianadda two years ago, it is a very unique occasion to see large canvases by the French/Chinese master (1921-2013),  some of which are still kept in private hands. 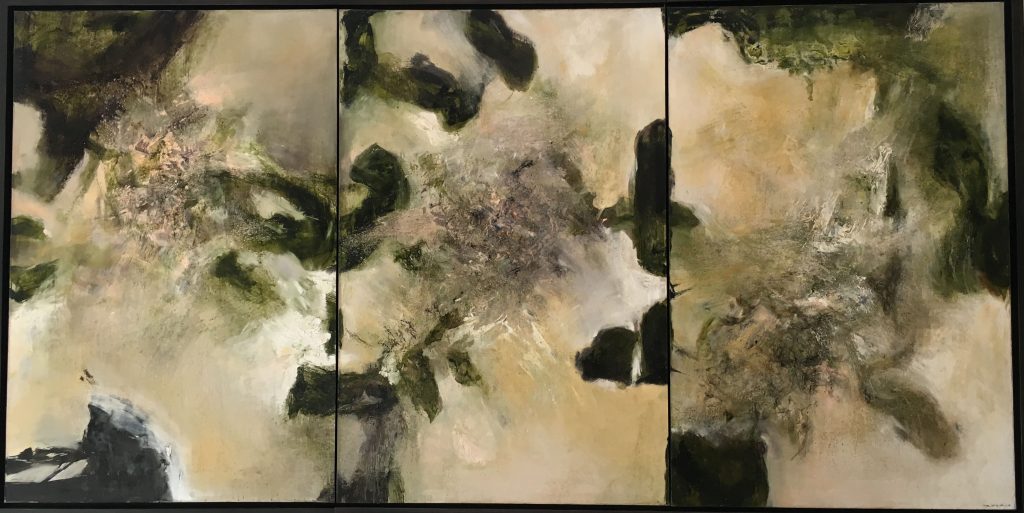 The atmosphere in the show is unique. The respect and admiration of the public is obvious when you see everyone remaining silent and focused, sitting down on the confortable leather benches. One is startled by the colors in the first two rooms, which are darker than usual, especially the very large canvases painted just after the artist’s second wife, May, died. “En Mémoire de May” is a unique “self reflexive” painting. Zao Wou-Ki met the French poet and painter Henri Michaud in 1949 and the composer Varèse in 1954 and this is when he  started a more abstract period in his art. From figurative, his paintings departed from the real and yet integrated intimate feelings in their “abstraction lyrique”. 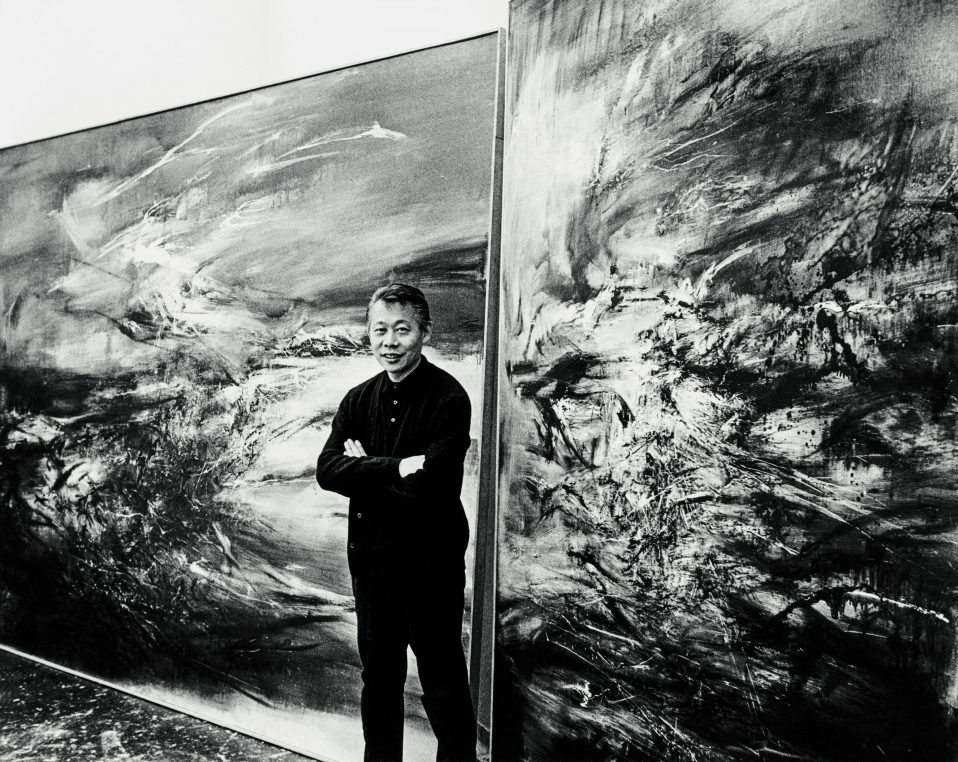 Sidney Waintrob, Zao Wou-Ki in his studio of rue Jonquoy in 1967

The artist had by then met his third wife, French curator Françoise Marquet who used to work for the Museum of Modern art of the city of Paris where the show is taking place. He acquires a large studio in the Loiret and starts including different colors and elements of nature on very large polyptychs.

In the last room appear his famous inks on paper, which brought him back to his childhood in China where he learned “to write with a brush”.

The quietness of the exhibition and the strength of all these paintings brings a moment of respite in our minds. And walking out on the river Seine is a perfect transition between this magical world and our daily life… (until January 6, 2019, Musée d’Art moderne de la Ville de Paris, new entrance on avenue de New York) 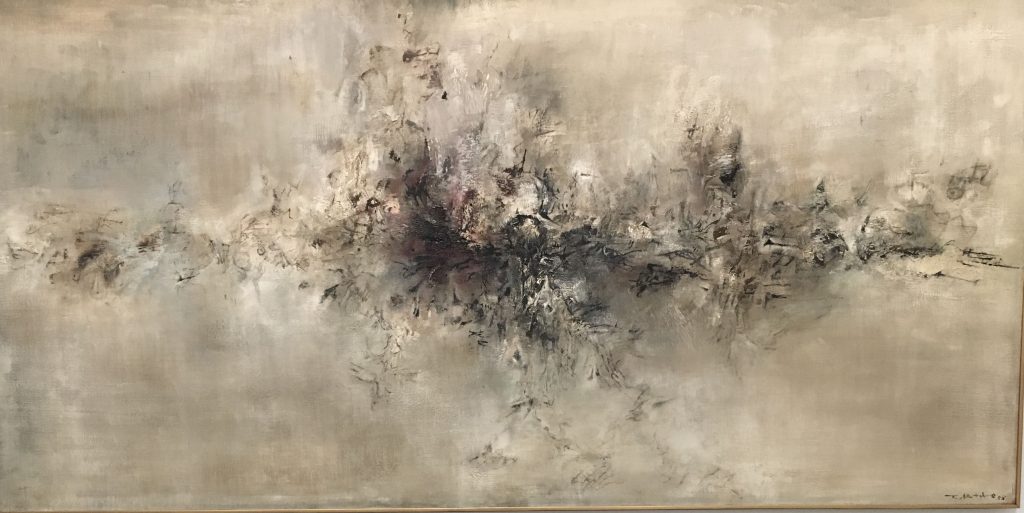