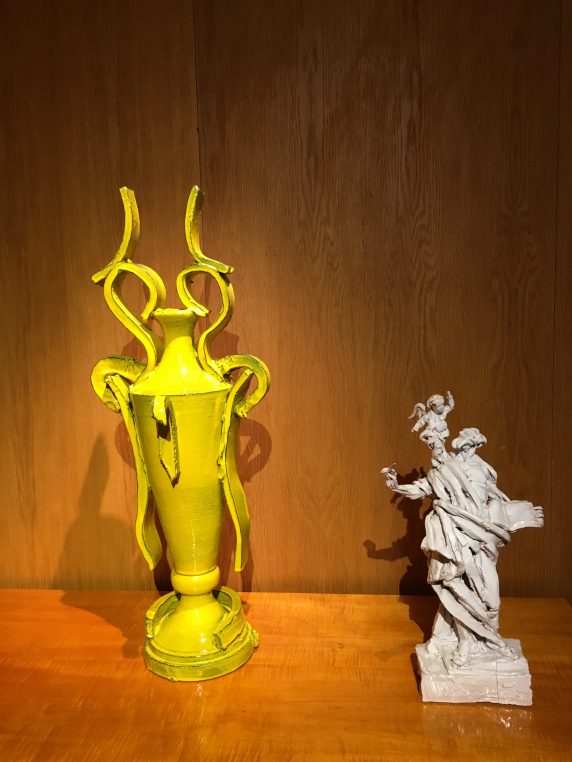 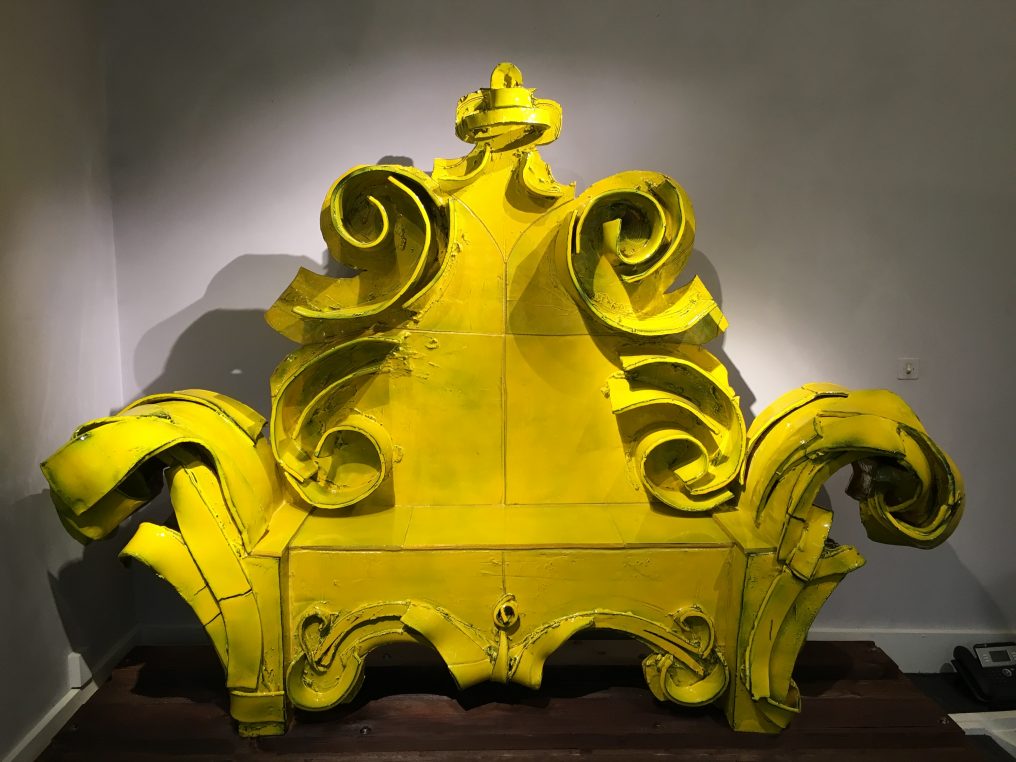 His great grandfather, Vittorio Ducrot was a foremost art nouveau furniture designer in Palermo. His mother is a forceful painter and textile designer, his grand father was an engineer and he used to play around in his workshop when he was little. But Giuseppe Ducrot has definitely found his own artistic track and the ceramics he exhibits at Galerie du Passage, show an extraordinary classicist’s culture and great modernity. It is one of the most original private show in Paris at the moment. 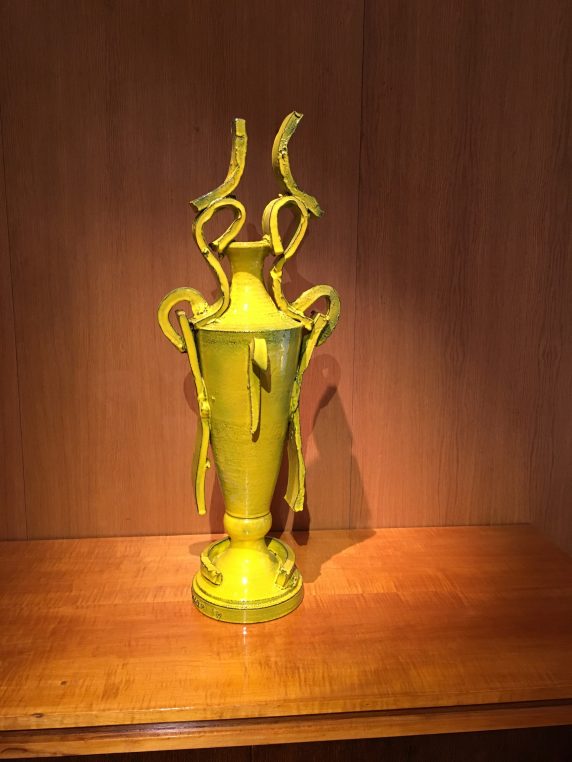 An urn or amphora in Faenza ceramics

Giuseppe Ducrot‘s charm is only equalled by his obviously very large culture. After studying classics at university and training with sculptor Vito Cipolla in Rome, he had his first exhibition of bronze and marble busts of Roman emperors. He then discovered the workshops of Faenza, near Ravenna,  where he started enameled ceramics at Ceramica Gatti. He has always mixed religious art, like the silver bronze altar and crucifix in the cathedral of Notto in Sicily,  and the statue of Santo  Anibale  for the Vatican with private decorative work for German, British and Italian collectors. It is strangely, his first show in France where his family originally comes from. 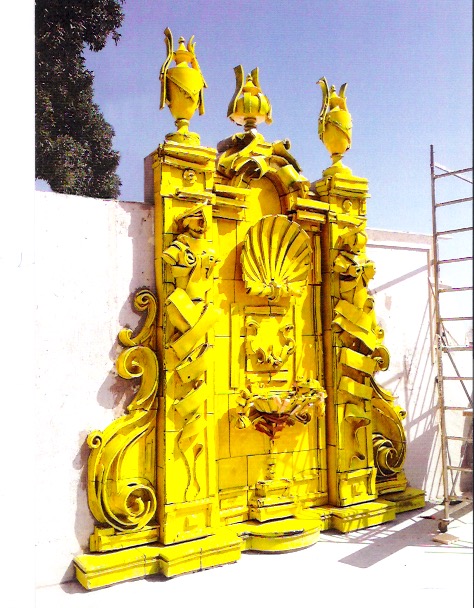 This fountain was designed for the Sirenuse hotel in Positano

His dream is to build a church in ceramics like the fountain that he designed for a hotel in Positano. The ceramics he uses is strong enough to sustain rain but not freezing weather. He works with many specialists including a brilliant technician from Positano who also works with Mallorca artist Miquel Barcelo on his cathedrals. While in the 1980’s it was not cool to work for the clergy, he has now developed many projects in Bavarian churches and at the Vatican where he has sculpted a 6m high Santo Anibale in marble. 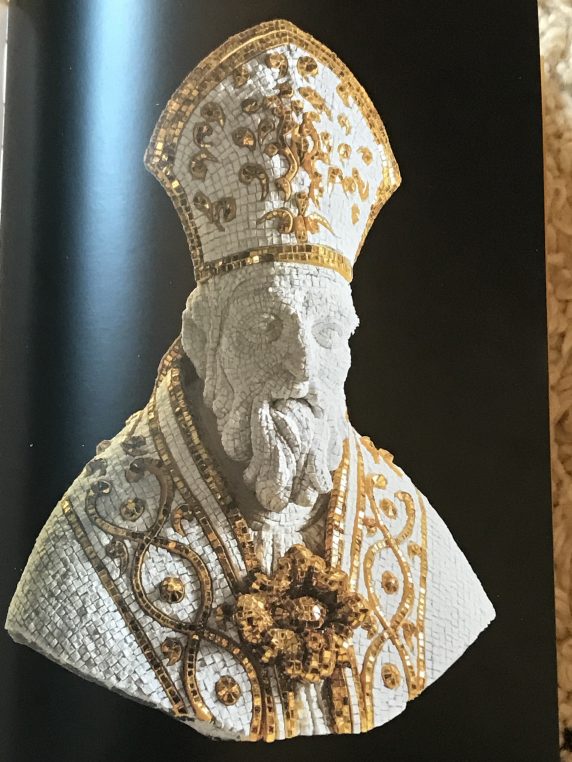 A pope in gold and white mosaics

He has also made a fireplace in white ceramics for a hotel in Lech,  Austria and shows at Galerie du Passage a bust of Pope François which is more real than the model! For him, Popes are today what emperors were for the Romans. They have the power, the language and a mission. 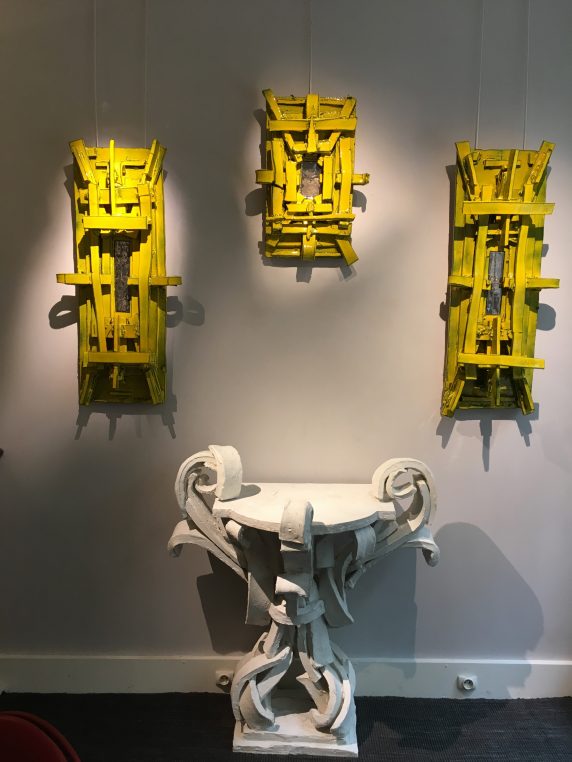 Mirrors in two sizes and a table

While his father did some ceramics work and his aunt Sandra Ducrot Fourcade is also a keen potter in Paris since the 1960’s,  Giuseppe admits to having learned a lot from his grandfather who built boats in Palermo and had a fantastic workshop where he could use all the tools as little boy.  And he plays with his three year old son who is already a good drawer. The dynasty is safe! (Until May 12, Galerie du Passage, Pierre Passebon) 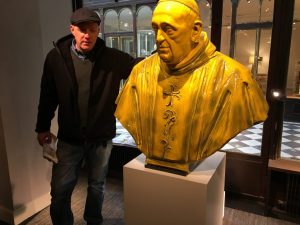 The artist with his bust of Pope François

Take your time in the Galerie to look at Christian Louboutin’s three shops, at By Terry home’s new plates and glasses shop and make up, and many more furniture galleries that have recently revamped galerie Vero-Dodat, a few steps from the Louvre and the Palais Royal.