The sixth floor is generally considered in Paris as the level where maids used to live, without the commodity of an elevator and in tiny rooms called “chambres de bonne”. Today, there are mostly students or newcomers who live there and often, still have to share the loo in the corridor. This is where Nathalie George, who was raised by … END_OF_DOCUMENT_TOKEN_TO_BE_REPLACED 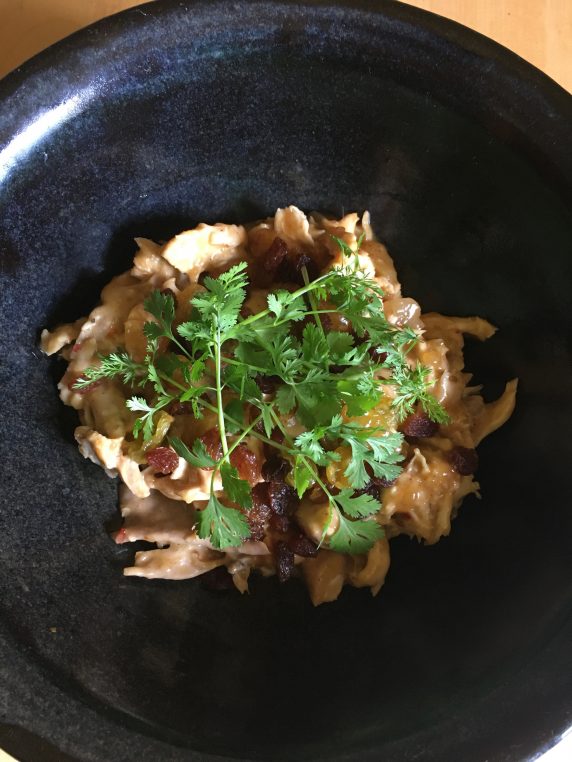 I first had it at an after wedding brunch two years and then, an English friend reminded me of it last summer. This cold chicken salad, invented for Queen Elizabeth’s coronation in 1953, has many Commonwealth ingredients such as curry powder and mango chutney. And what makes it lovely is its sweet and sour taste. I have been going around … END_OF_DOCUMENT_TOKEN_TO_BE_REPLACED 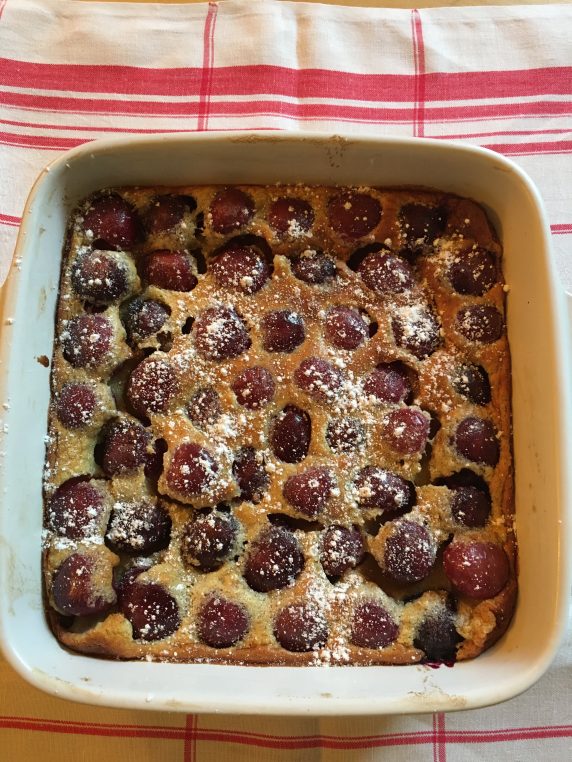 Often when you buy cherries they are not very sweet, or they are tasteless or almost gone. The cherry clafoutis is a great dessert to serve lukewarm all of June. And it is so easy to make. This is the recipe given by Thierry Chevalier, chef of Cercle Interallié in Paris. Make sure to keep the cherries with their pits … END_OF_DOCUMENT_TOKEN_TO_BE_REPLACED 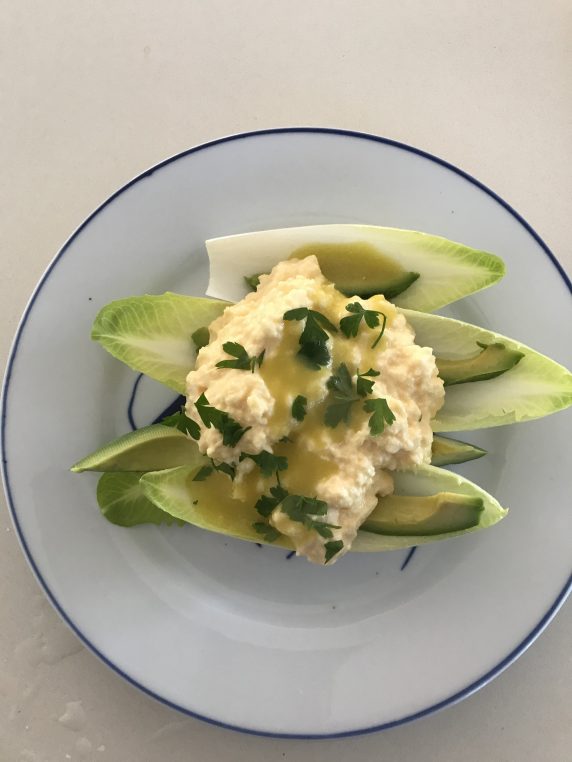 In these times of deconfinement, one wants to eat very healthy and very fresh. I recommend this mix of vegetable and eggs, which have a double advantage. It takes little work and time to prepare and it is very soothing. With Oeufs cocotte tomato style, you have a full meal with no effort and here is a recipe from New … END_OF_DOCUMENT_TOKEN_TO_BE_REPLACED 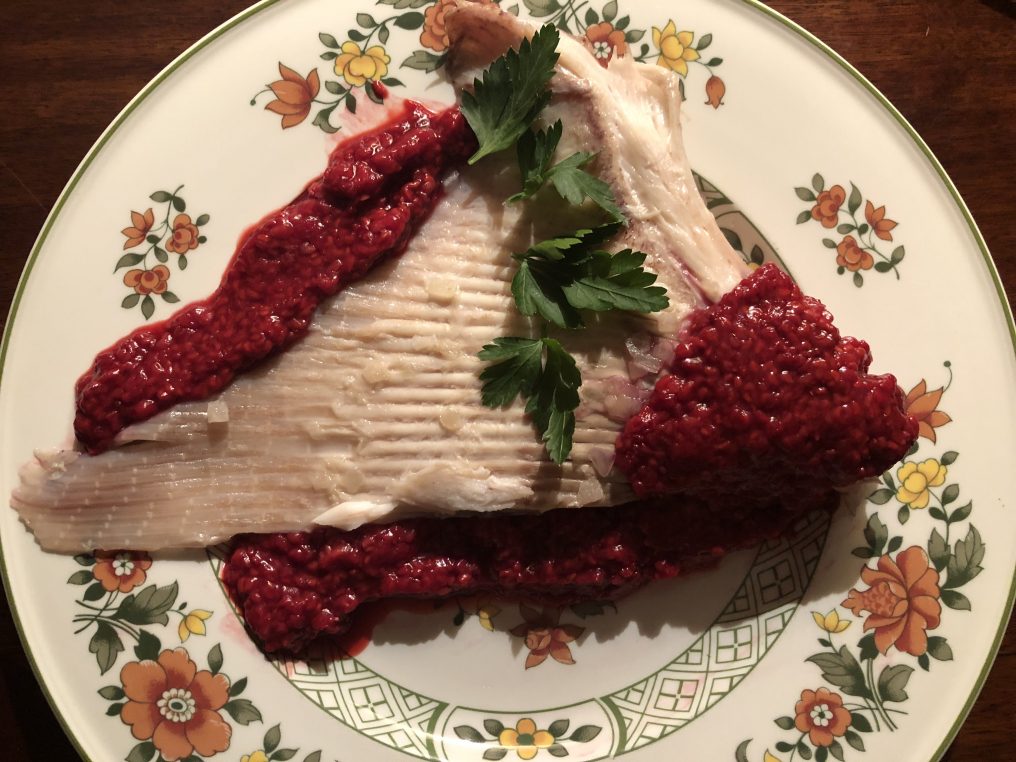 Joseph de Vilmorin is one of the best (home) cooks I know. Whether in Corsica or in Brussels, where he lives with his family, he always invents the most beautiful dishes. His soupe de poisson is a major event which takes all day to make after he goes fishing early in the morning. His cheese soufflés are huge and delicious, … END_OF_DOCUMENT_TOKEN_TO_BE_REPLACED 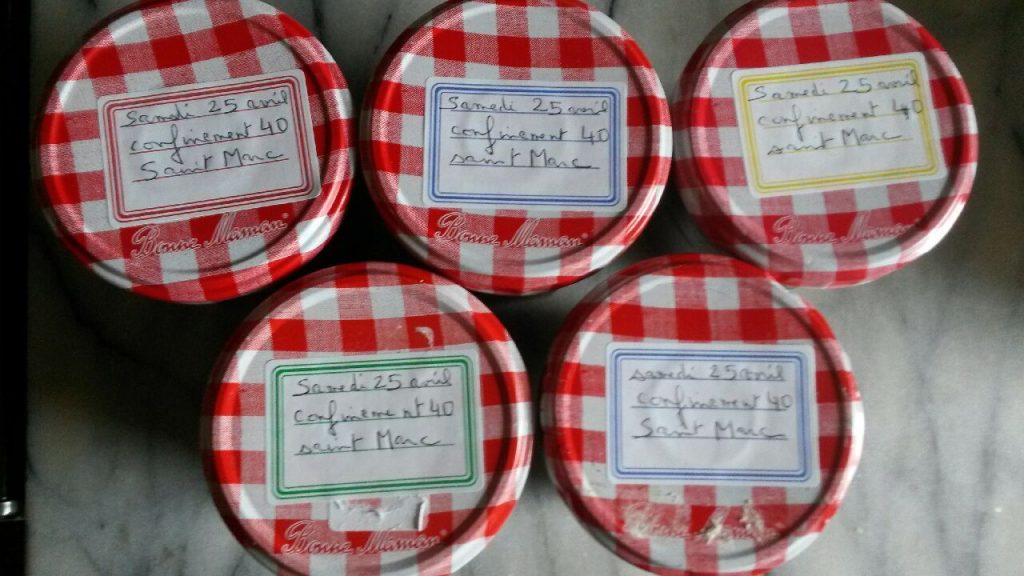 Gilles Kraemer is an art critic and like many others, at the moment, unfortunately has spare time on his hands. He has shared with us a recipe for rhubarb jam which he made on St Marks day, the patron of Venice, a city he loves. This is a vegetable easy to find at the moment. It used to be cultivated … END_OF_DOCUMENT_TOKEN_TO_BE_REPLACED 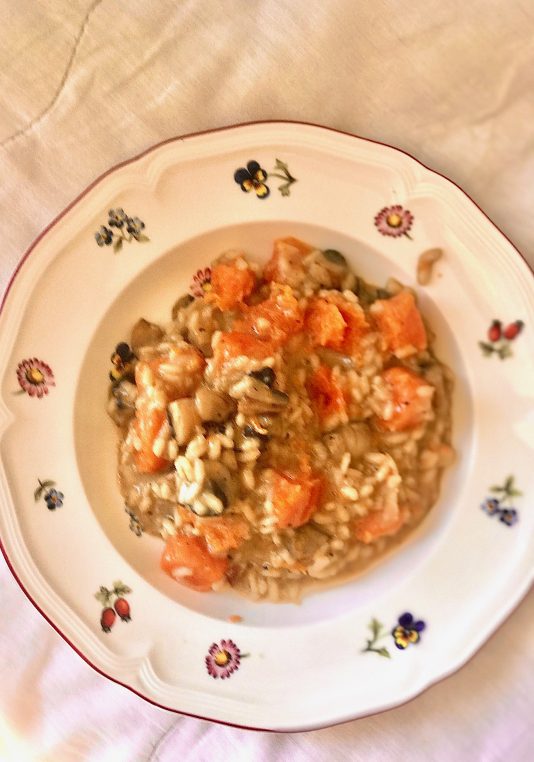 What do actors do in confinement, when no shooting and no Cannes festival are taking place any more? They cook. And Thibault de Montalembert, a theatre and movie actor who acquired a new fame  when appeared  as Mathias Barneville in “10%” (Call my agent), has shared with us his recipe for a pumpkin and mushroom risotto. The result is pretty … END_OF_DOCUMENT_TOKEN_TO_BE_REPLACED 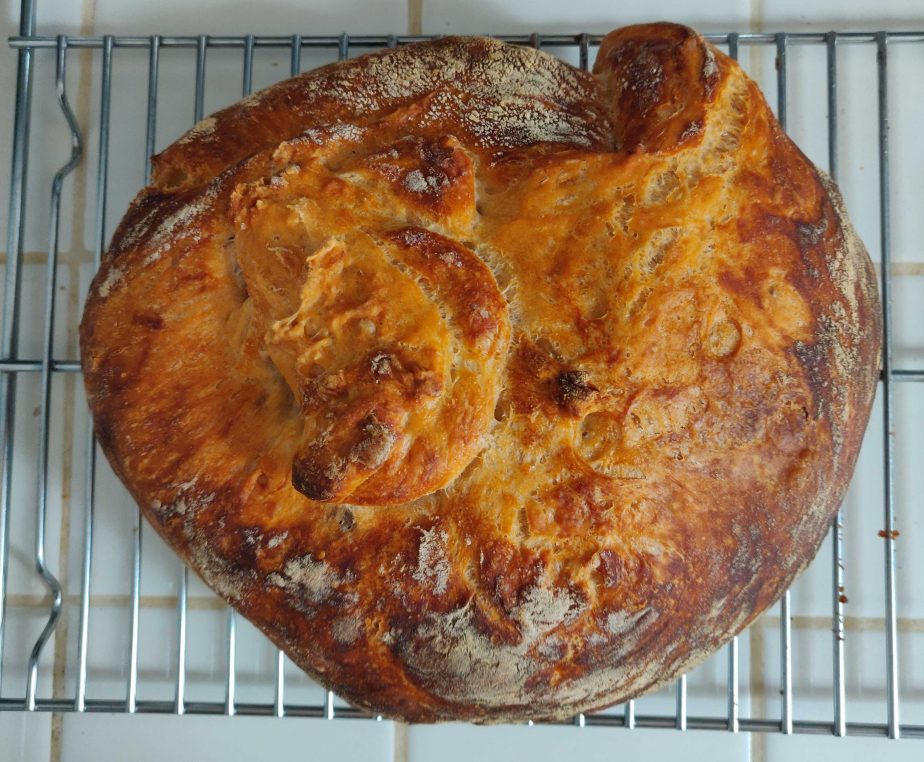 It has never come to my mind to bake bread since there are so many bakeries still open in Paris but two of you have sent me bread recipes from London and California, so I figure this should be of interest to you. The no-knead bred takes a little time but no expertise… It is a child’s play.