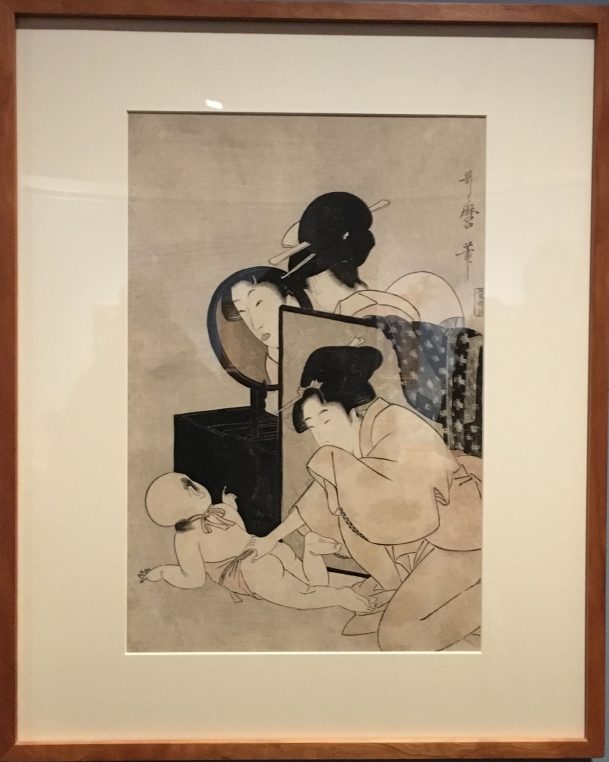 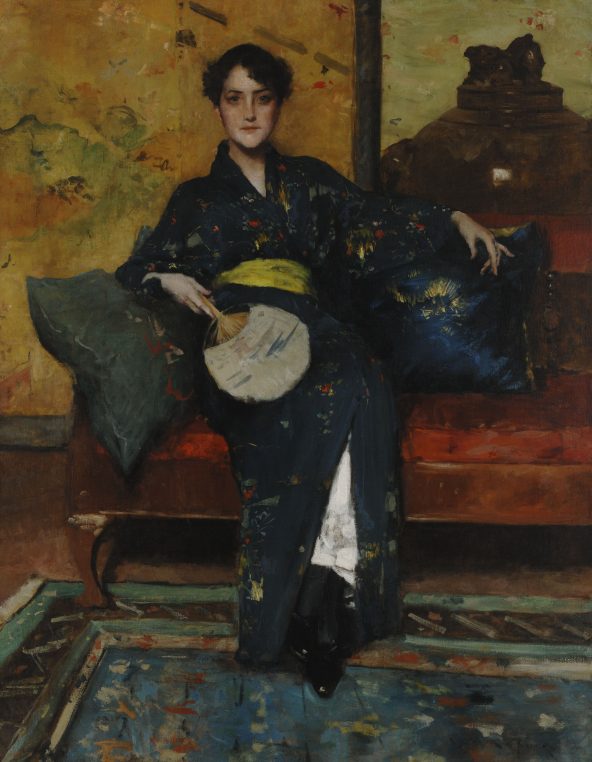 When I went to Giverny on my yearly Spring visit, I had the surprise of seeing new tall peonies given by the director of the Yuushien Japanese garden of Shimane province. A ceremony  celebrating 160 years of diplomatic relations between our two countries took place in Monet’s garden with Hugues Gall and Ambassador Masato Klitera planting the flowers the same way that Monet had  painted “Les Pivoines” in 1887. Simultaneously, the Musée des Impressionistes at the end of the street, is celebrating “Japonisms and Impressionism” relations between 19 th century painters. 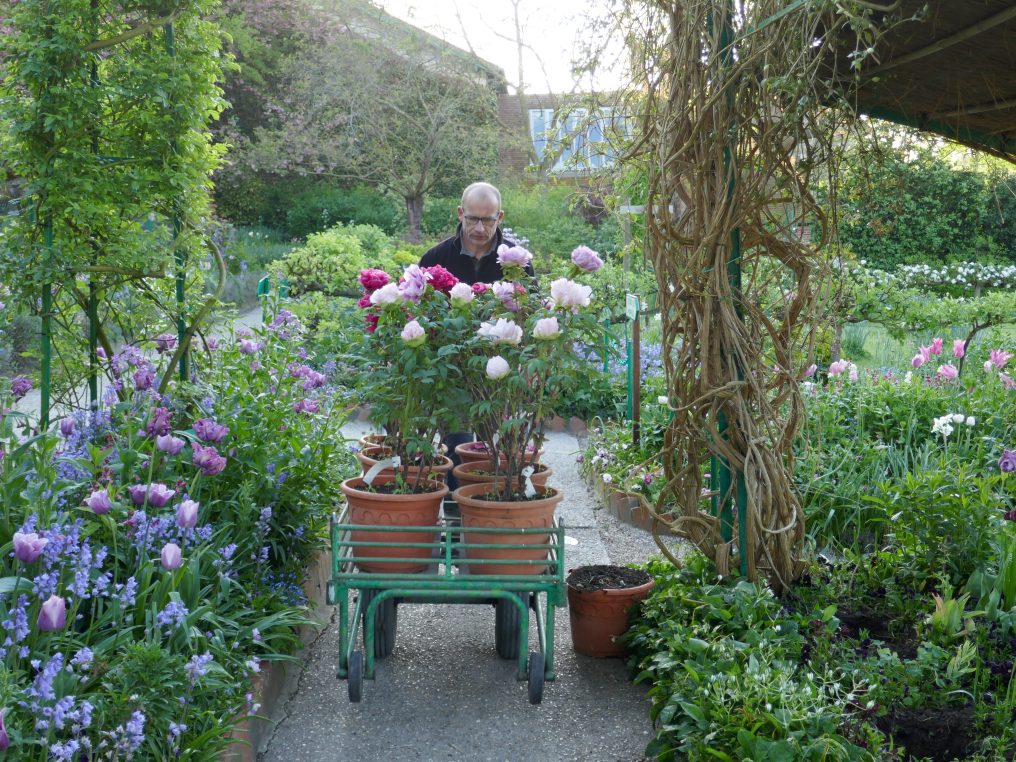 Planting the Japanese peonies at Giverny

There is a fabulous complementarity between Monet’s house and garden and the museum of Impressionisms which used to be called the American Museum. Monet was one of the first collectors of Japanese prints which arrived in Holland as wrapping for porcelain. Van Gogh was another artist who collected them and there is at the moment an exhibition on this theme in Amsterdam in his museum.

The most moving room in the exhibition is the one where all the prints collected by Vuillard, Caillebotte, Bonnard, Edgar Degas, Mary Cassatt, etc. are assembled on the same wall. One sees how the Japanese style of the 19 th century influenced our impressionist painters.

The importance of geisha’s refinement and charm and their accessories can be seen in the next room, where fans are used as a medium for French artists and kimonos enter the bourgeois living rooms.

It is quite fascinating to see how overwhelmed the artworld was by this new Japanese culture coming from a country that had just opened up to the west. The exhibition was inaugurated by the Japanese ambassador Masato Klitera and his wife who had lunch in Monet’s atelier with Hugues R. Gall. 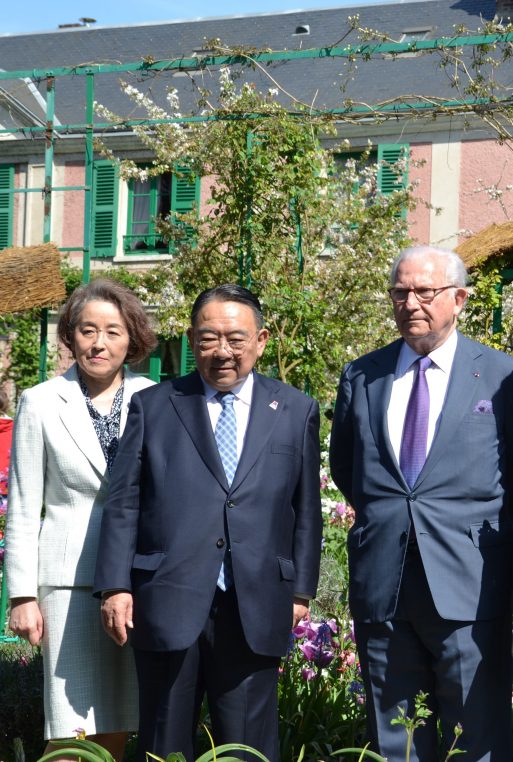 Visiting the gardens and the pond are a delight and wandering in the streets of the manicured Giverny village are a true poetic escape. If you plan a whole day in Normandy, make sure to also go and visit Chateau de la Roche Guyon, ten miles away which is one of the most original castles attached to a cliff. 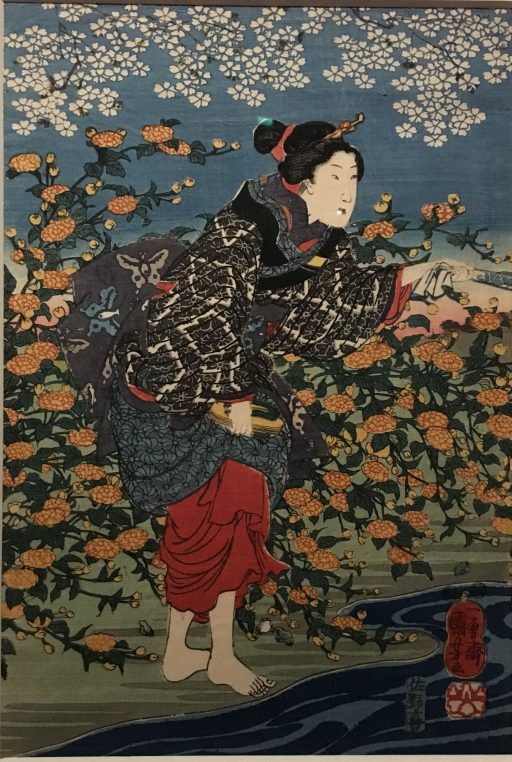 Utagawa Kuniyoshi, Cristal river at Ide in the Yamashiro province, Print from the Van Gogh collection, 1847-48

The exhibition is until July 15 at Musée des Impressionismes. Monet’s gardens are open until November 1, and flowers change every season. 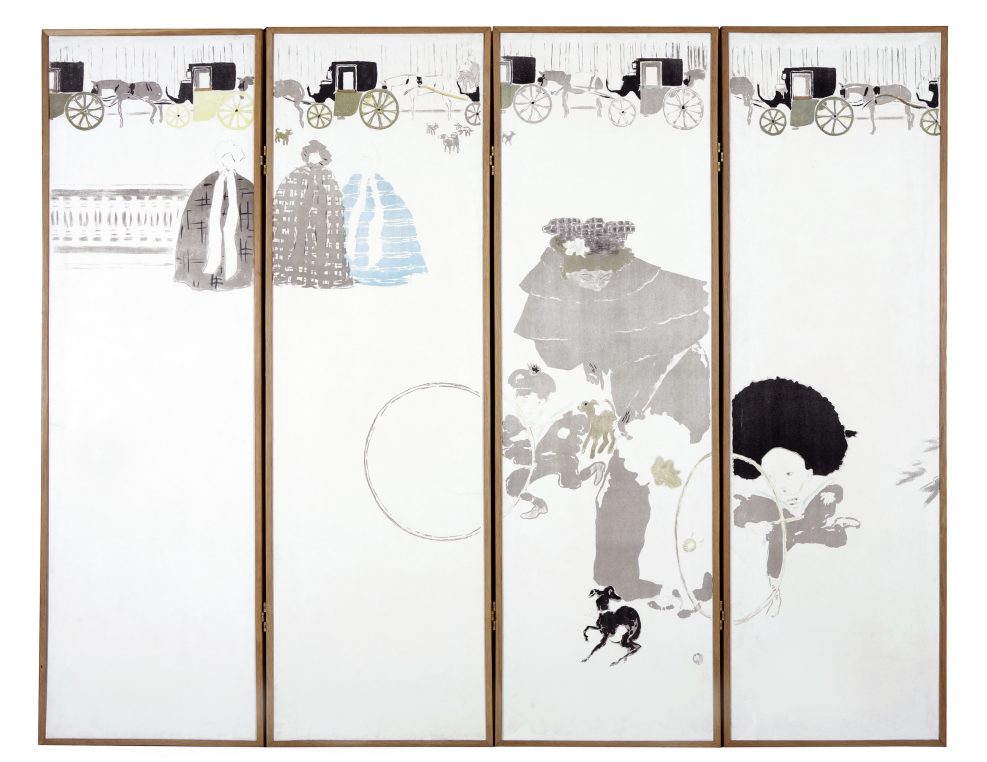