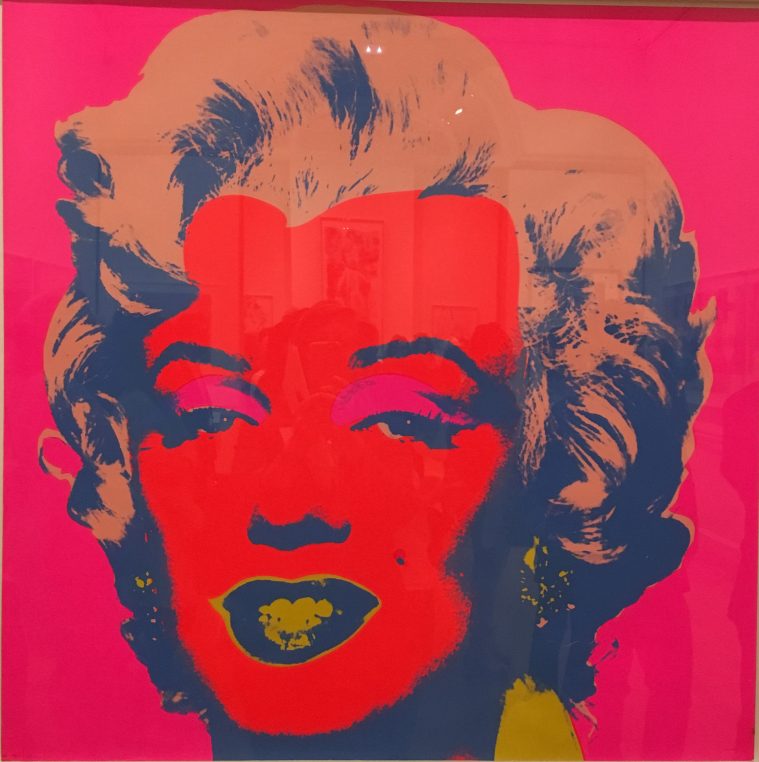 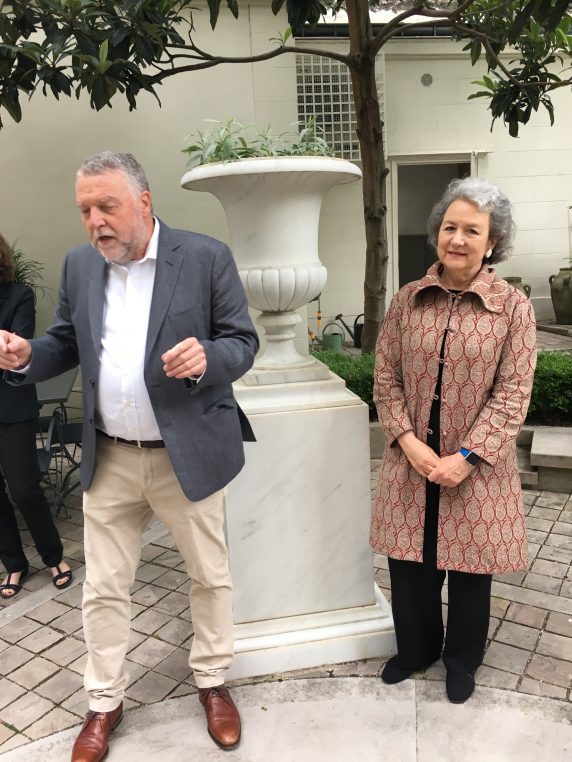 Gert Luijten, director of Custodia and Elizabeth Glassman, President and CEO of the Terra Foundation

The summer exhibition at Fondation Custodia, is devoted to “The American Dream, pop to the present”, a jolly collection of prints lent by the British Museum and cosponsored by the Terra Foundation. For those of us who actually lived through these fabulous years when Jim Dine and Jasper Johns, Andy Warhol and Roy Liechstenstein changed the course of art, the show of 100 prints is a wonderful reminiscence. It reminded me of the first pop art posters I bought at 15.  And if you register, you can visit the Hotel Partiuclier of the Custodia foundation which is open once a month on Saturdays. It is magical! 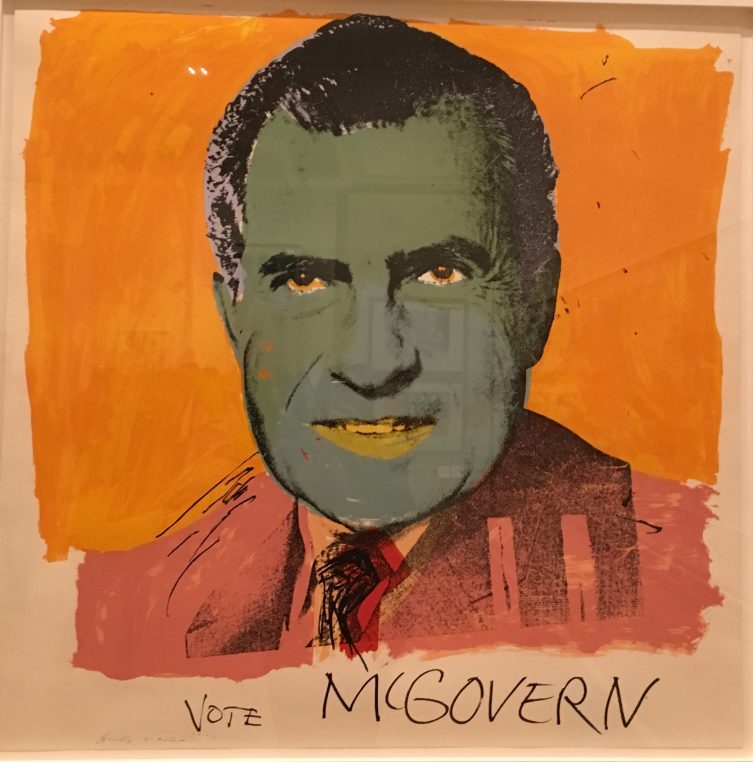 All the artists exhibited here are major in the history of art since 1960 and we know many of the visuals as acrylic or oil paintings. But what one discovers in this beautiful small show is the importance of printing techniques for each artist. When  reproducing images became key to the new generation, the leaders of the market tried different techniques and made stunning prints. One of them is the well known American flag by Jasper Johns, 1973, which took immense efforts from the artist in the different layers of ink that give this particularly print special sophistication. 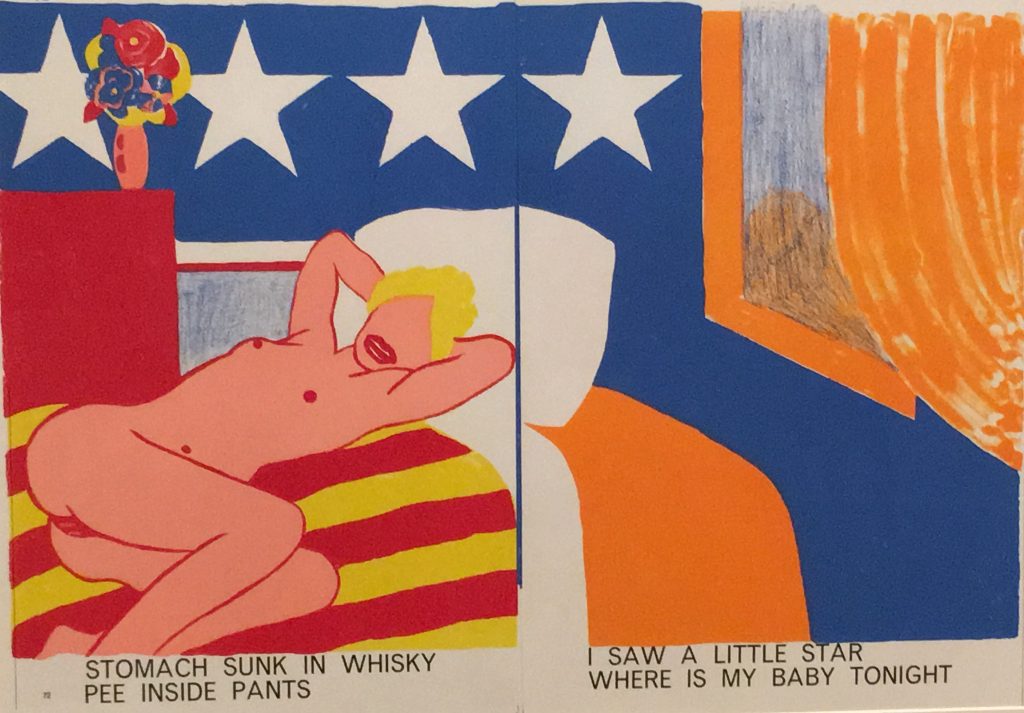 Tom Wesselmann whose paintings I could not afford at 14 and always regretted not buying, is well represented. As is Jim Dine with his self-portrait, a wonderful dressing gown landscape. His five paintbrushes in black and white from 1972 are also a masterpiece.The Gumball machine by Wayne Thiebaud, Roy Liechstenstein’s “Brushstrokes” and Robert Rauschenberg’s “White Walk” area ll classical treasures now.

It’s fun to see them all together. 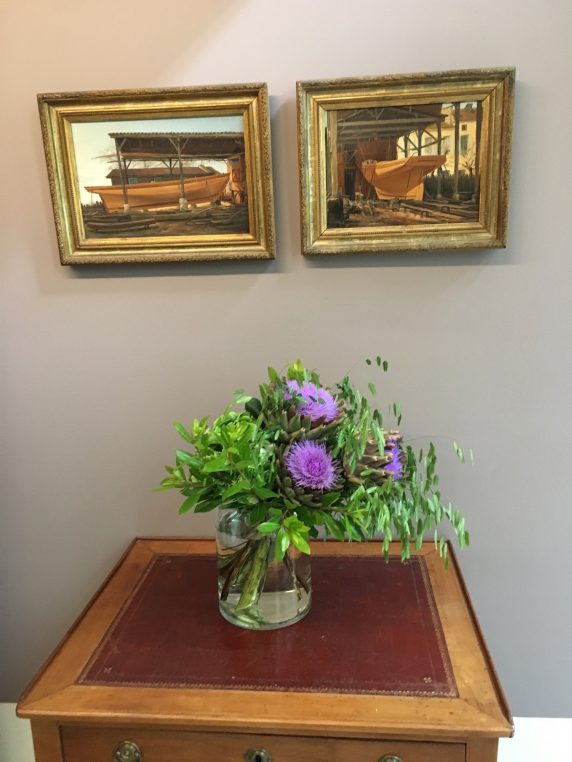 After seeing the large works in the first floor gallery, where James Rosenquist’s very large “F-111- ” painted on four leaves of paper is stunning, and Nixon’s portrait by Warhol “Vote McGovern”  sums up a whole generation, I discovered with great pleasure the black and white prints on the lower level which is intimate enough to show small works. 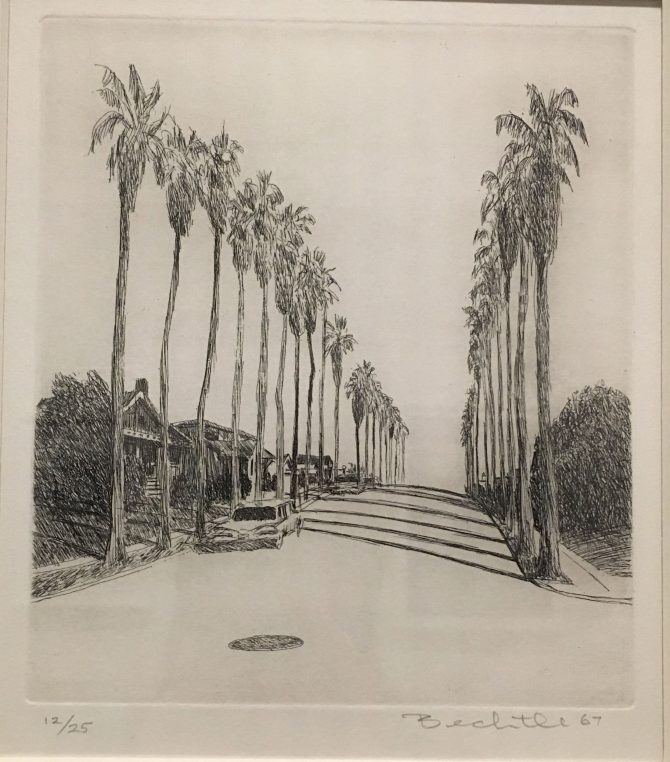 The quality of Robert Bechtle and Chuck Close’s works is as striking as Alex Katz’s “self portrait”, an aquatint in shades of silver and gray inspired by a series of advertisements for Chrysler cars. It’s a perfect example of the technical research that all these artists made with printing. 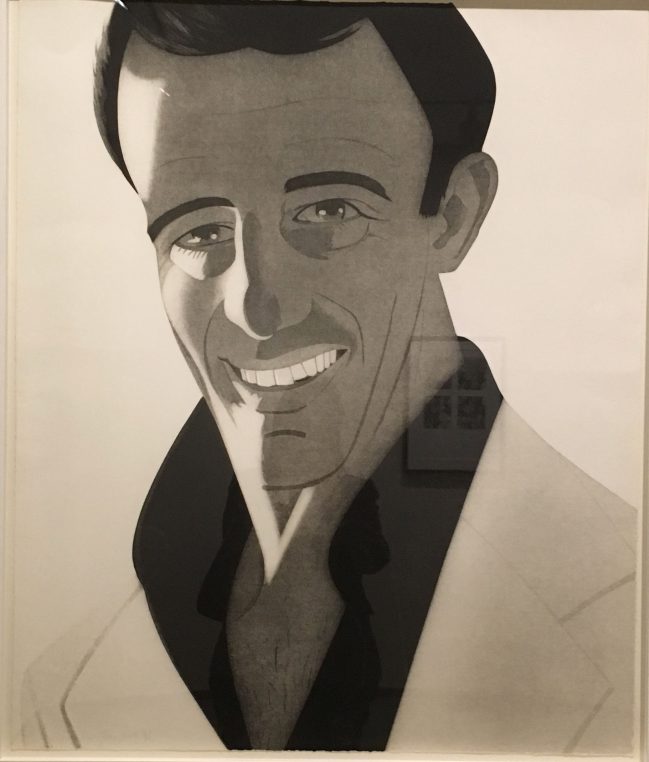 Alex Katz, Self portrait, 1978, aquatint in shades of silver and grey

I have been struck recently by how many good print artists there are at the moment and one of the excellent galleries showing contemporary prints is Documents 15, on 15 rue de l’Echaudé. There Erik Desmazières shows young and old print makers at very affordable prices. On June 27, one of his artists, Astrid de la Forest, will enter the Académie des Beaux Arts in the category of print artist and she will have an exhibition in the gallery form June 14 th onwards. 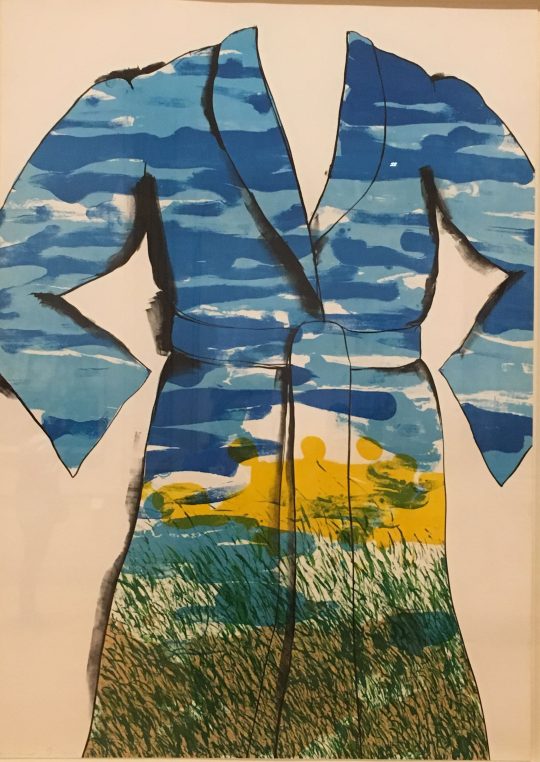 I did not mention the minimalist group of Donald Judd, Sol LeWitt, Al Taylor and Brice Marden who are more difficult to reproduce. But three of Marilyn Monroe’s portraits by Andy Warhol, which belong to the Bibliothèques National are exhibited here for the first time. 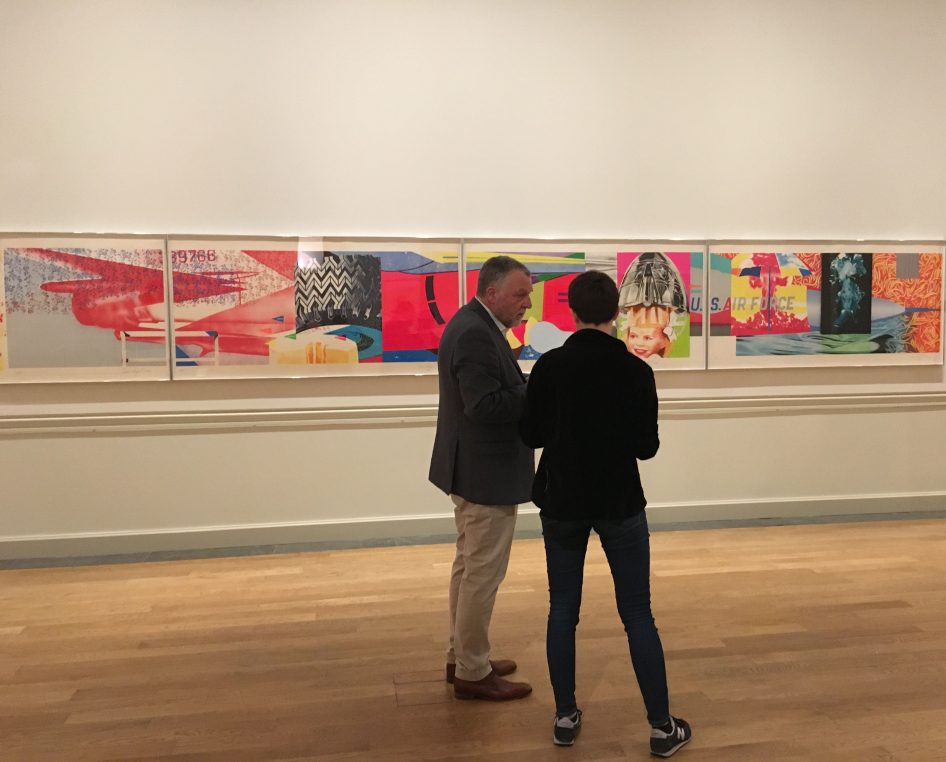 The director Gert Luijten in front of James Rosenquist, F-111,1974

The exhibition was conceived by the British museum in a larger format and has been brought to Paris with the help of the Terra Foundation for American art which sponsors artists and art historians in Giverny and in Paris. Do not miss this exhibition which runs until September 2, 121 rue de Lille.