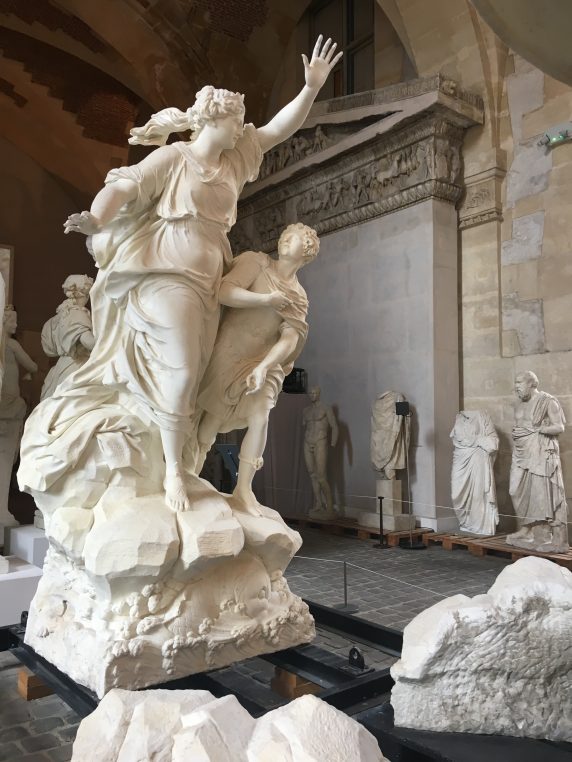 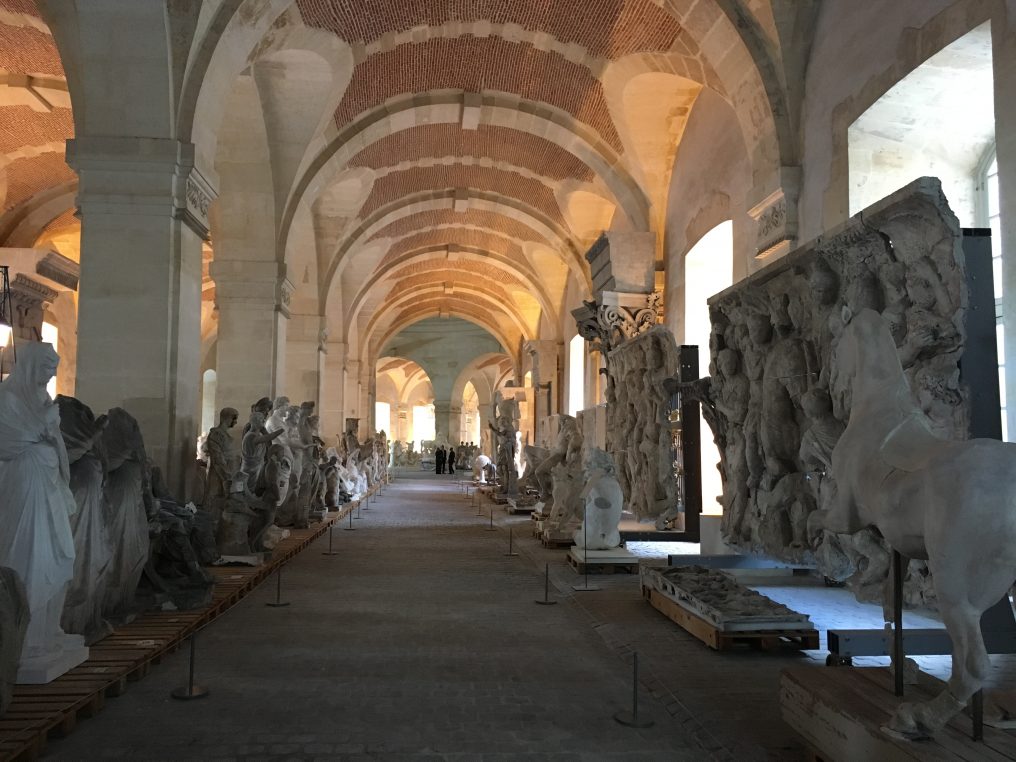 The extraordinary galerie des moulages from the Louvre in Petite Ecurie

Bap, Biennale of architecture and landscape of Ile de France, is new born and some aspects of it are interesting. It gave me the occasion of seeing the gallery of sculptures and moulages from the Louvre which is rarely open, in the Petite Ecurie (small stable) and to walk around the Potager du Roi, where the Ecole du Paysage trains many talented gardeners. I you are near the royal city, make sure to walk around the Bap itinerary. You can pass Eva Jospin’s tree at the music conservatory, which is mediocre but do not miss the exhibition within the castle on all the projects dreamt by three kings for its architecture and which were never realized. 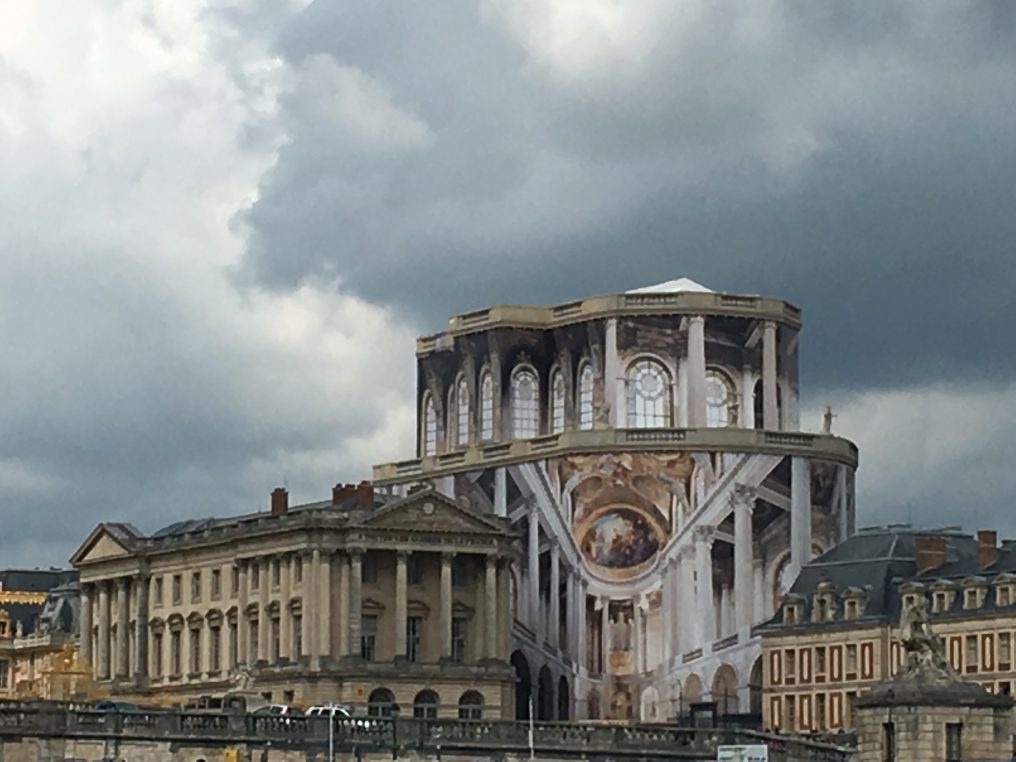 I loved walking around the Galerie des Moulages which I only knew from photographs taken in 2001 by Pierre Olivier Deschamps. This is where 5 500 marble sculptures and Antique plaster moldings from the Louvre are kept. Hercules from the Farnese, Apollo served by his nymphs by Girardon, Antoine Coysevox’s marble vase, can be seen along dozens of giant sculptures in the amazing stables.

From there you can easily walk (ten minutes) to the Potager du Roi where vegetable and fruit are still growing thanks to the school. It has fabulous views over the Cathedral Saint Louis. You can enjoy walking around the Pièce d’eau des Suisses with its semi wild garden. 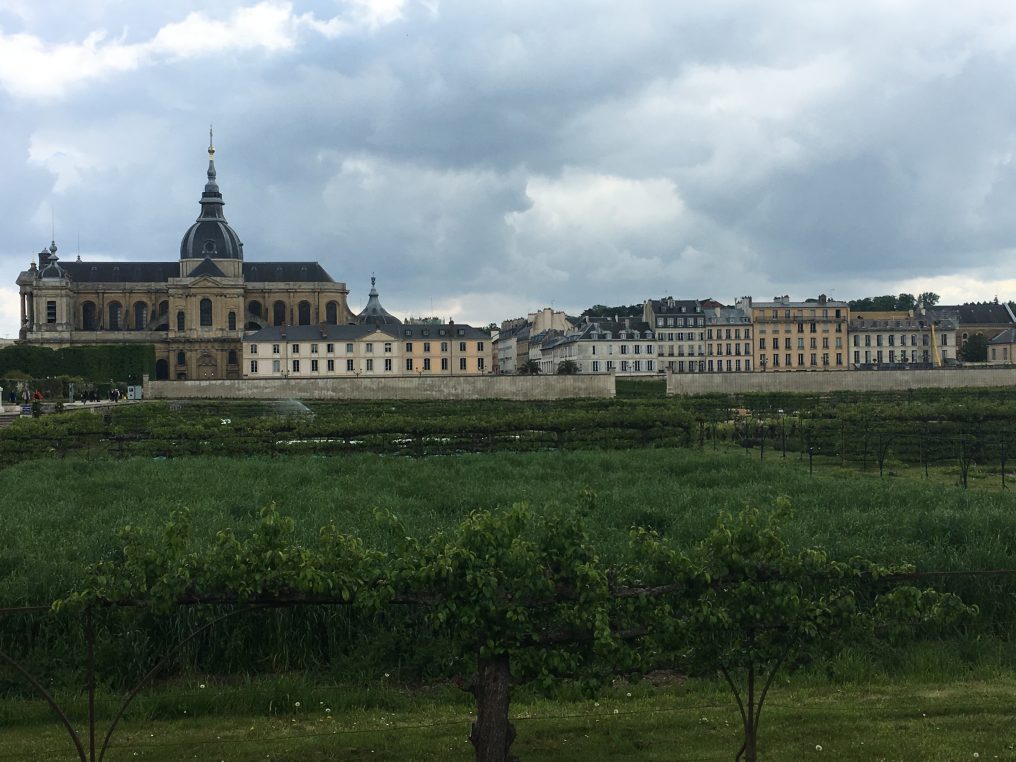 The cathedral St Louis seen from the Potager du Roi

Then just return to the castle where an interesting exhibition is devoted to “Dreamt architectures 1660-1815”, about all the projects that were ordered by Louis XIV th and his successors,  and not executed. It is a lie to think that Versailles was easy to build, it was a constant experimental site with modernisations and adaptations to the new lifestyles over the centuries. The show is curated by Elisabeth Maisonnier. Colbert had already organized a competition of architects in 1669, and the whole city was remodeled as the king’s city, with strict rules for design and materials. 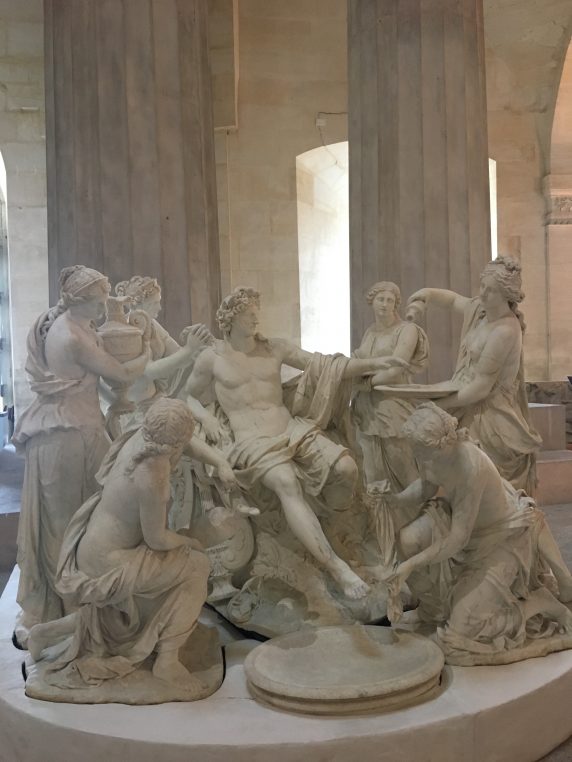 Curated by François de Mazières, mayor of Versailles, this Biennale of Ile de France is very political and Valérie Pécresse is actively behind it with her project of Le grand Paris’s new transit system of 68 train stations, which is already way over budget and very late for the 2024 deadline of the Olympic Games …You can see all the projects in the old post office, 3 avenue de Paris.

So take advantage of the opening of these galleries in the Petite Ecurie, and wander around town, one of the most well preserved 17 th century city in France. 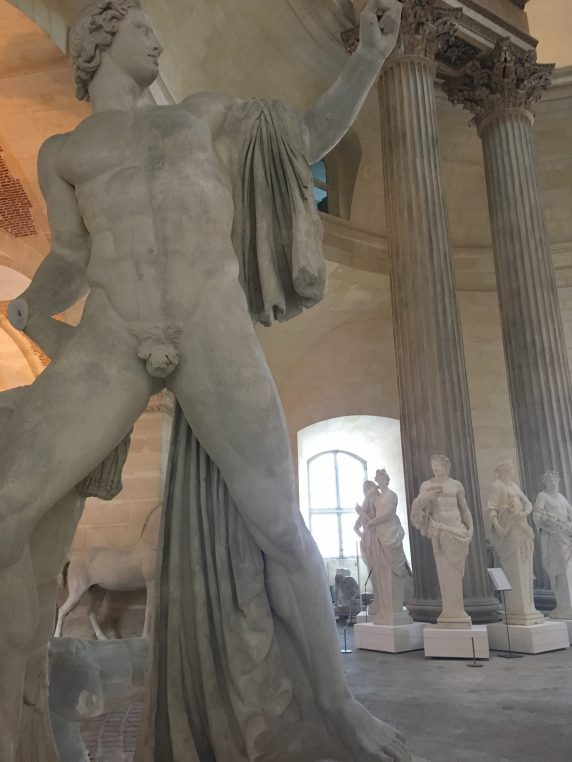 I was very disappointed by Eva Jospin’s tree in the garden of the Conservatoire de musique but took advantage of being in the neighborhood to have lunch at Le Limousin, an exquisite meat restaurant which has resisted the hordes of tourists.

So take advantage of all these activities until July 13, to spend a long day in Versailles. It is easily reachable by train or RER, in 30 mins from Paris.

One Comment on “A biennale of architecture in Versailles”