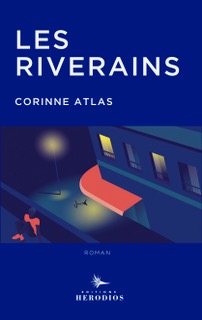 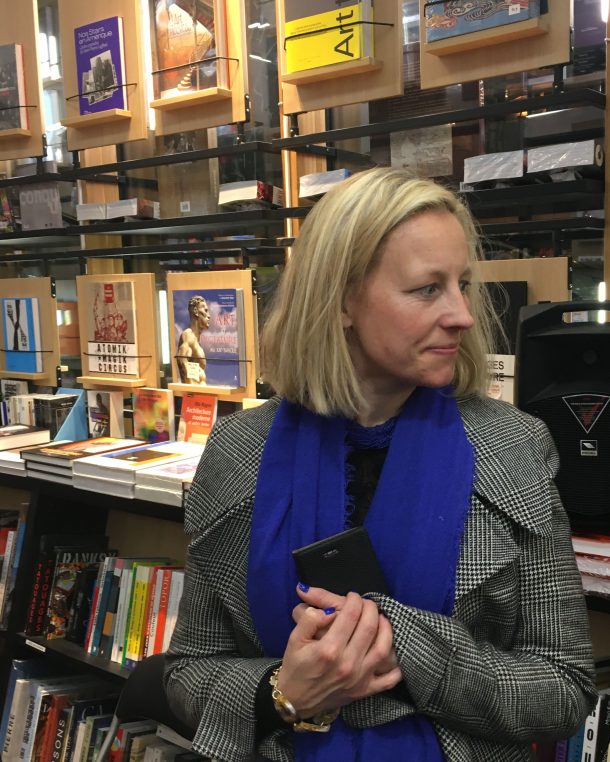 To start a new publishing house in 2020 needs guts and this is what Philippine Cruse is proving today. At 42, she already has had a rich life. After an MA in Art history completed in Portland, Oregon, she passed her doctorate in French literature at the Sorbonne and went on to work in a bookstore, Alice, in Paris. In parallel, she  organized the Festival “la Rentrée Littéraire” on the beach in Cap Ferret, where writers come to present their books in late August, and worked with the (now) legendary publisher Bernard de Fallois, for eight years. Because she was partly brought up in Lausanne, she has founded her publishing house HERODIOS there, on Lac Léman, and is publishing her first three books this spring. A novel, a memoir and a book on how cooking can save your life. This new adventure is worth watching. 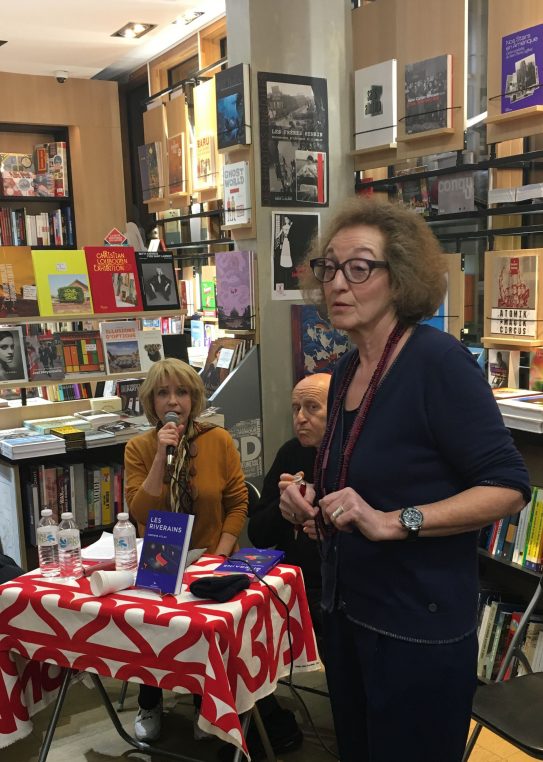 The author Corinne Atlas with Fanny Cottençon and Bernard Bloch

With the help of her sister who is an art designer, Philippine launched her firs book, “Les Riverains” by Corinne Atlas in a trendy bookstore on the Canal Saint Martin. The actors Fanny Cottençon and Bernard Bloch read extracts of the work, while the author, an experienced screen writer, was listening.

The story is set in a building facing the Bataclan in Paris. On November 13, 2015, the concert hall was under terrorist attack. When the book starts, we follow the doorman, Ruben, who is contemplating with pride the new mat he has acquired for the front door. He his Portuguese and will end up being the hero of the night, a new part for this modest man whose destiny is changed by the dramatic events. 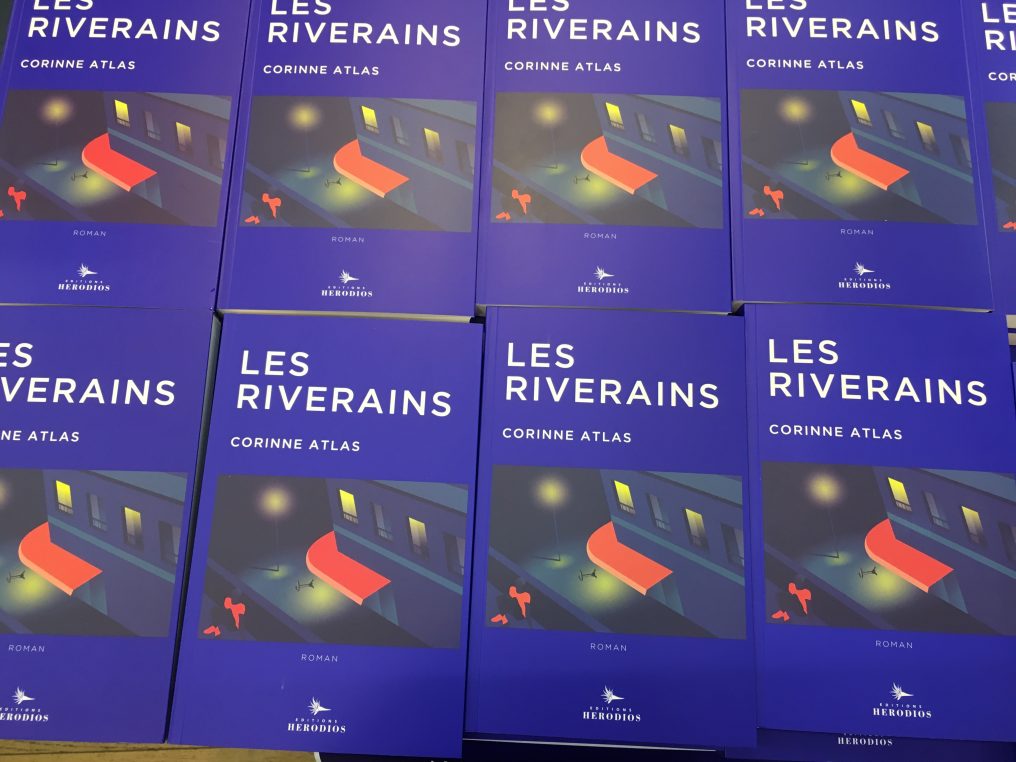 As the story develops, we go up the stairs and follow the lives of each occupant as told by an eight year old girl, Nora, whose father is an emergency doctor and cannot come home due to the attacks. On each floor, a single man, a family, a couple who don’t get on anymore, a baby sitter, and the landlady, an old widow, are scrupulously watched by the author as they behave with fear, courage or egotism all night. Their lives will be changed forever by the tragedy taking place across the street.

It is a funny, uplifting book, on human feelings and strange behaviors in our modern society. I could not put it down. It is written like a film where each character surprises himself. 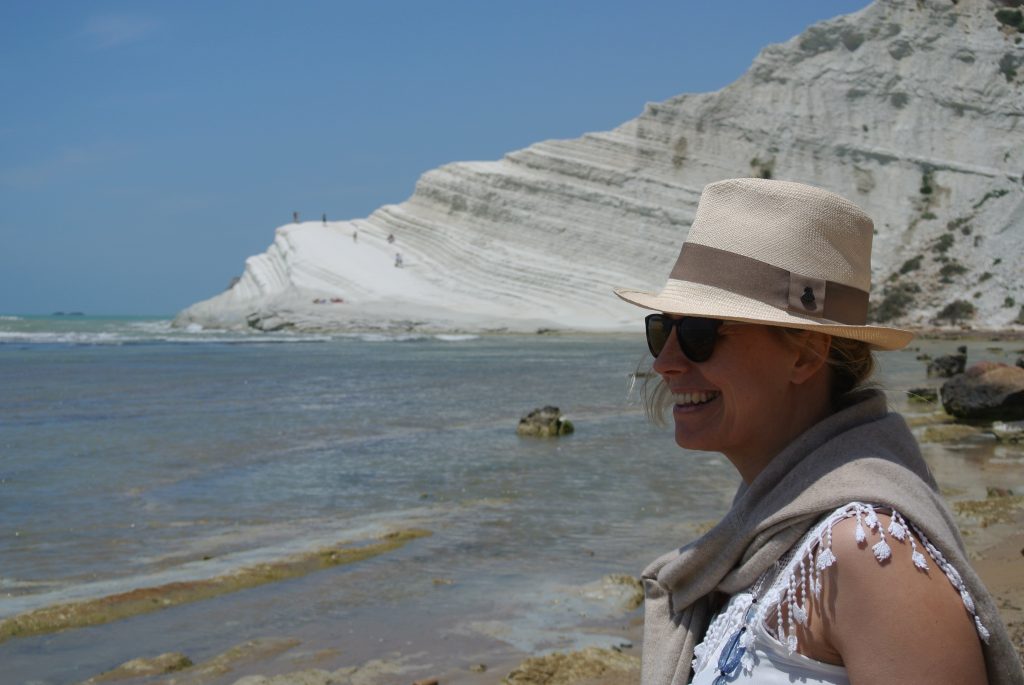 The future publications include a short Memoir by Italian designer Ettore Sottsass on how he fell in love late in life.  And a book “La cuisine du 6 ème étage”, on how cooking saved the life of author Nathalie George.

In the fall, more books are due to be published by Herodios which is distributed by Harmonia Mundi.