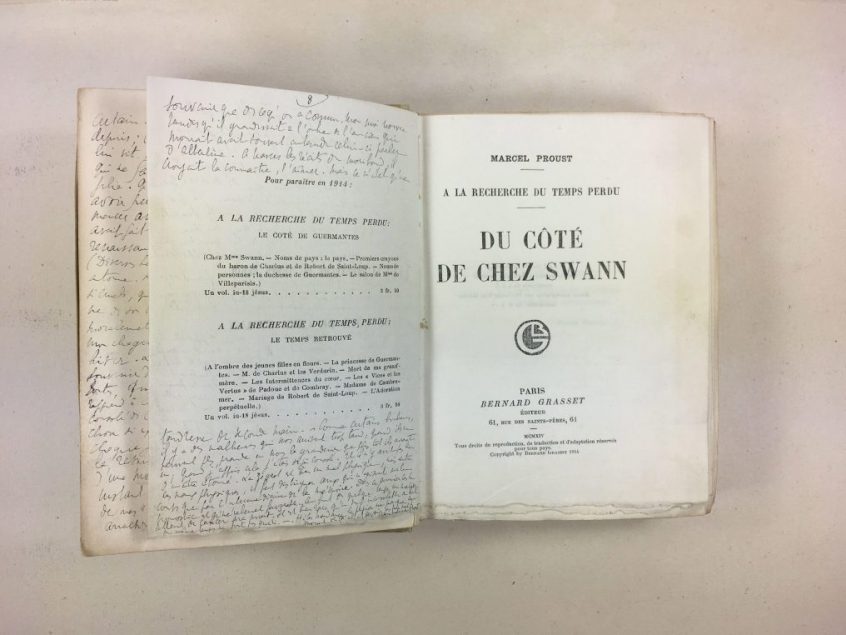 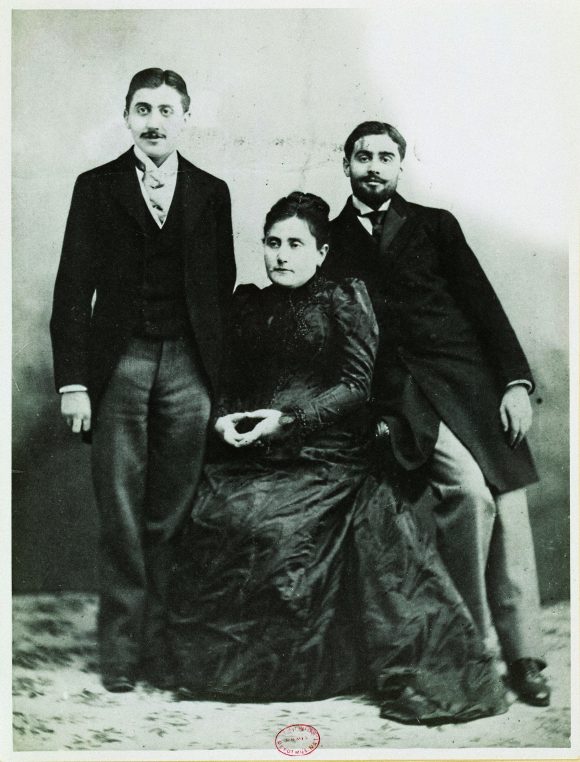 Marcel Proust with his brother Robert and their mother Jeanne Weil Proust, © BnF

Bibliothèque Nationale de France is in the process of acquiring a first edition of “Du côté de chez Swann” dedicated to his close friend Marie Scheikévitch. It needs  250 000 € which the annual gala was going to finance. Since it is cancelled, the National Library is appealing to the public. What makes this edition so special, besides the fact that it is the original print, one of twelve tirages de tête published by Grasset put paid for by the author, is the eight page long manuscript dedication which relates in detail the evolution of the characters in the future volumes of “La Prisonnière” and “Albertine Disparue”. 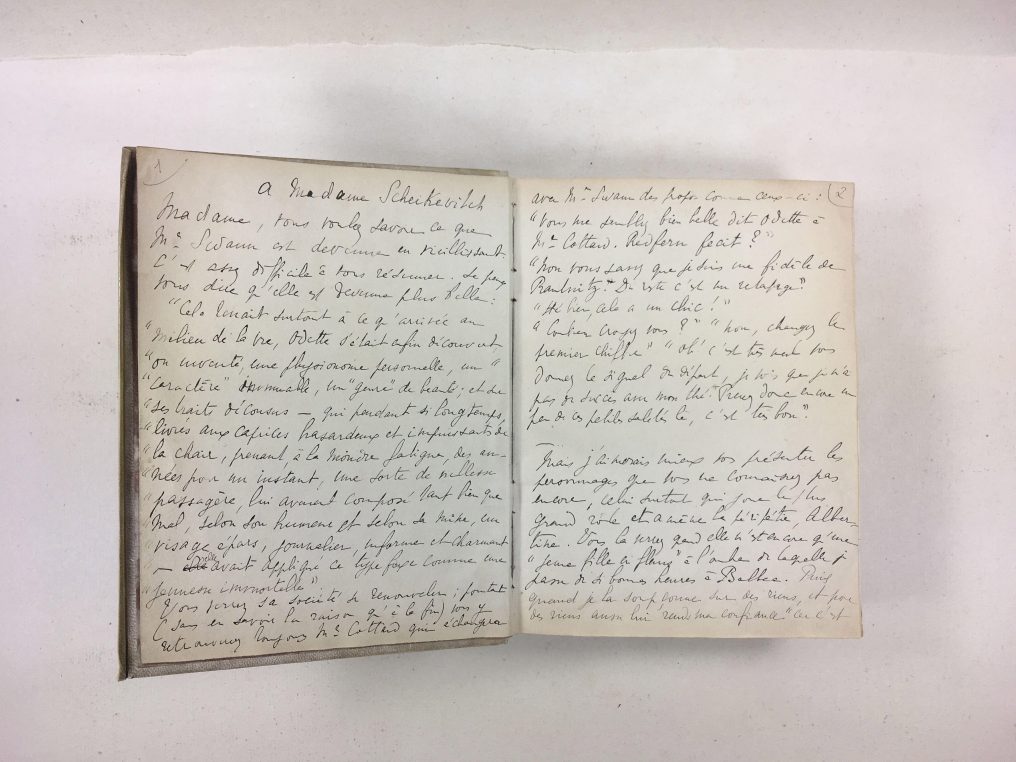 The incredibly moving letter starts with these words: “Madame, you want to know what Mrs Swann becomes in her old age…I can tell you, she becomes even more beautiful…” and goes on for eight pages on the printed book. I love the idea of seeing Proust’s handwriting and of this edition sold at the low price of 350 000€ by a collector who inherited it from his father. It will be exhibited in a large show celebrating the centennial of Proust ‘s death in the autumn of 2022 and based on the 10 000 Proust documents which can be consulted on the website Gallica. His family offered his manuscripts and archives to the library but also many collectors such as Bernard de Fallois who discovered unpublished manuscripts after WW2. 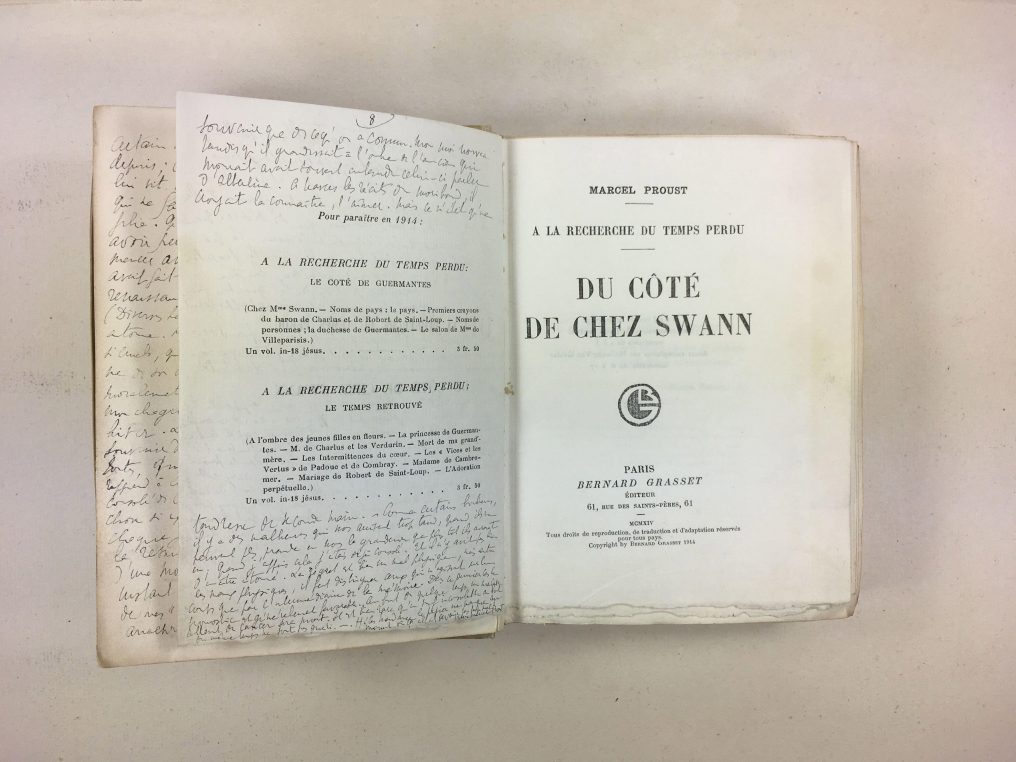 Marie Scheikévitch was born in 1882, the daughter of a Russian lawyer and married  painter Carolus Durand’s son Pierre who was so unfaithful that she tried to commit suicide at 21… She then started the most fashionable salon in Paris according to Proust’s biographer, George D. Painter, was unsuccessfully courted by Gabriel D’Annunzio, and tells her memories of Proust in a moving France Culture interview recorded in 1960. Her voice tinted with a Russian accent is fascinating when she recounts the kindness he showed her when her brother was killed in the firs month of the war in September 1914.  She had met Proust in 1911, through his friend, the composer Reynaldo Hahn. One day, when Proust was totally depressed about his lack of literary success, she cheered him up and showed him her copy of “Swann’s way” which she had had bound with white parchment paper. This is when the author wrote his eight page dedication. This copy is particularly rare for it is printed on Hollande paper 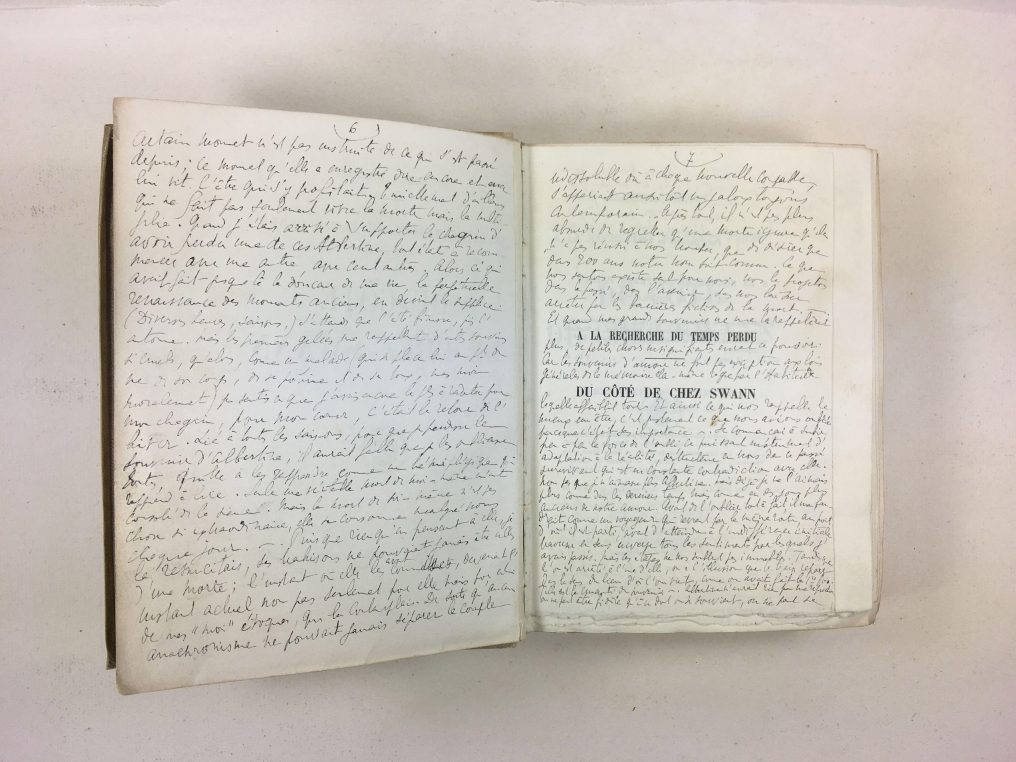 If you like the idea of one day being able to admire this book at the French National Library, send you little contribution to

bnf.fr / Soutenez Proust. It is of course deductible if you pay taxes in France. And who knows, yo might even be invited to the opening of the exhibition?