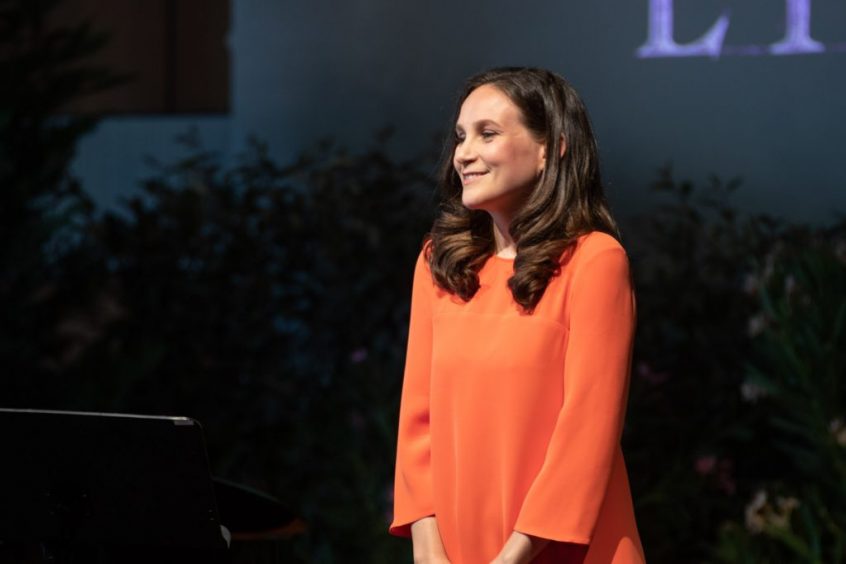 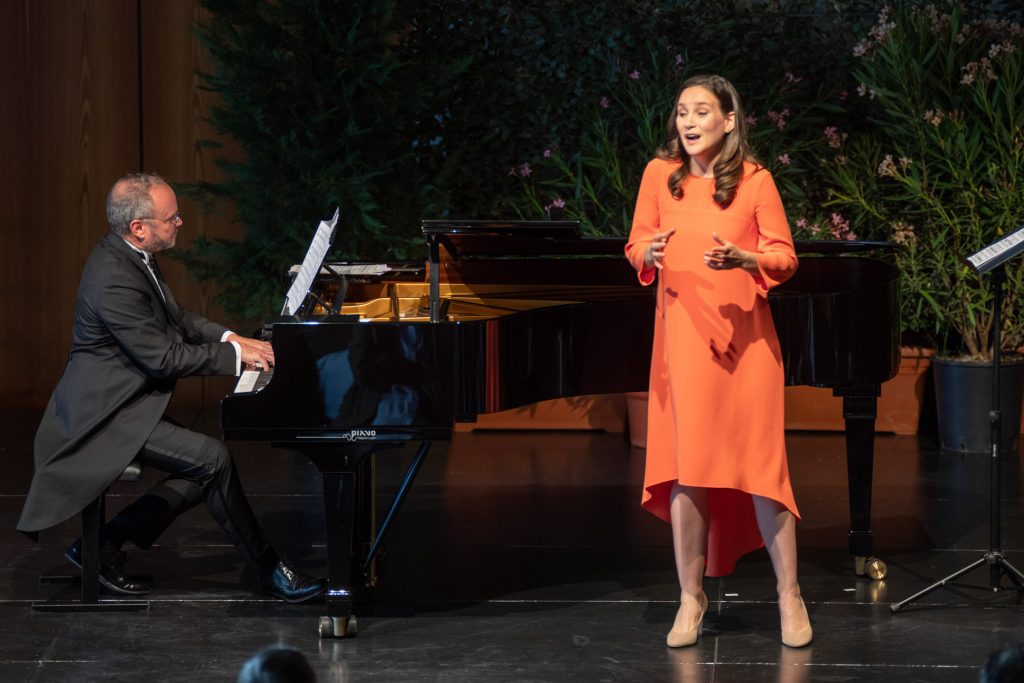 It was the fourth Instant Lyrique performance in Crans Montana, and Sophie de Ségur who instigated this series of high level recitals through Fondation Eurydice, was particularly relieved this year to be able to go forward with the evening. The guest star was Swiss soprano Chiara Skerath who comes from Tessin like the Mayor of Crans, Nicolas Féraud, who is incredibly active in this ski resort with intense cultural and golf activities in the summer. She was ravishing in a dress designed by Natan, the Queen of Belgium’s couturier. But mostly her voice is outstanding. 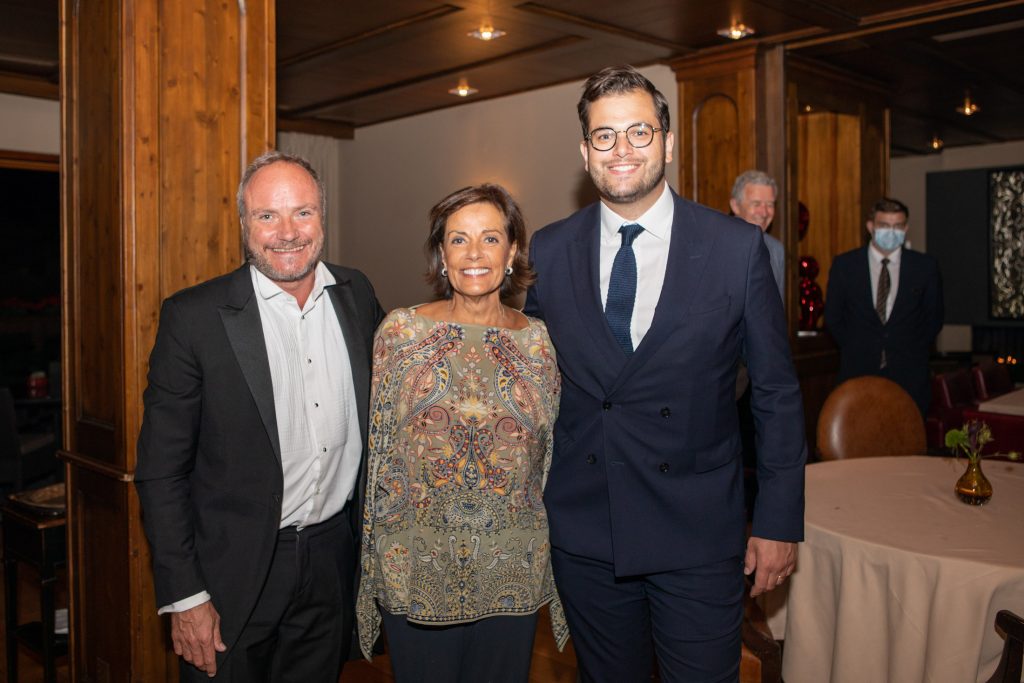 Discovered as Antigone in George Enescu’s Oedipus, at the Salzburg festival last year, Chiara Skerath has a predilection for Mozart but was excellent in the Poulenc and Gounod pieces that she sang. The sun was lighting the room of Le Regent near the golf course where 150 people were allowed to sit together and she started out saying: “I am so happy to be here with you ” in a very spontaneous way. It was her first concert after six months of confinement and she had driven five hours from Colmar where she was on vacation with her husband, a clarinetist, and her two children… She sang in Alceste at Opera Garnier a few years ago while expecting her first daughter. 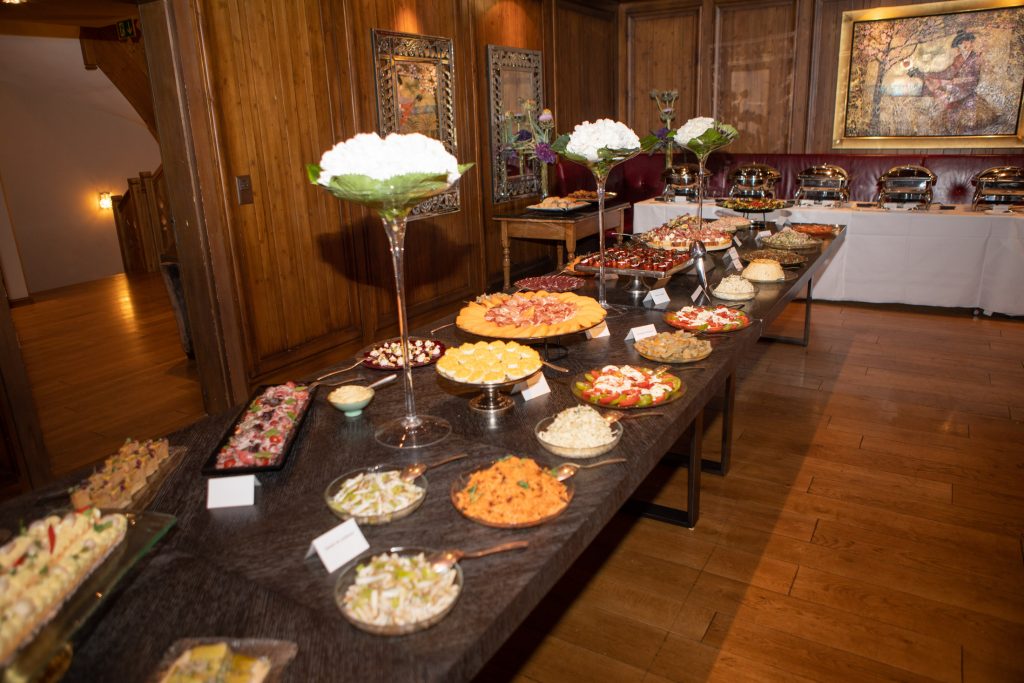 After a large part of the program dedicated to French songs, among which a rare Reynaldo Hahn “To Cloris” and “Psyché” by Emile Paladilhé, Chiara Skerath surprised us with Oscar Straus and Franz Lehar. Born from a Belgian father and a Swiss Italian mother, she has sung in Vienna and Zürich and has a busy season ahead of her in Lille, Rouen and Bordeaux. On August 30 th she will be in Strasbourg. With a very strong scenic talent and an exceptional musicality, a generous personality and huge warmth, give her an extra glamour while on stage and off. During the dinner offered by Sophie de Ségur at Hotel Guarda Golf, she delighted everyone in telling stories and kindly answering questions. Watch her, she is on her way to stardom. 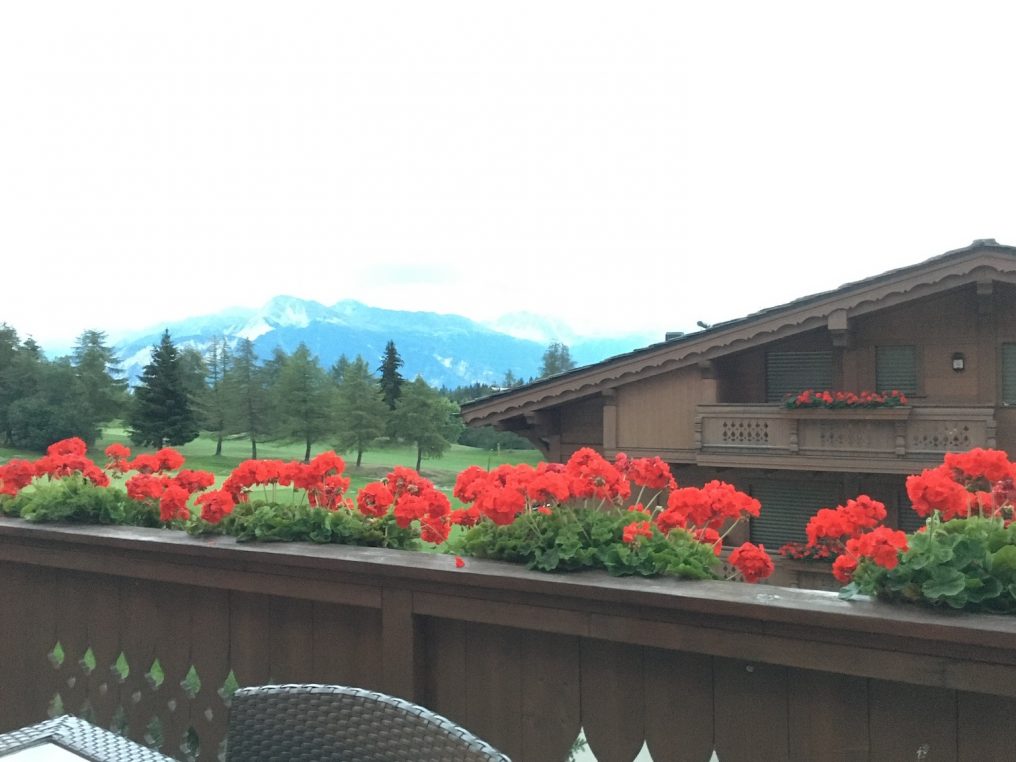 The evening was coorganised by “Swiss made culture” whose president, Ambassador François Barras runs the cultural life in Crans during the winter and summer months, with Michel Abou Khalil. It was fun to meet at dinner many French golfing friends who seem to enjoy their summers in the mountain. I look forward to the season of Instant Lyrique which starts at Elephant Panama in Paris on September 21, with Nicolas Courjal. Clémentine Margaine and Sandrine Piau will follow in October and November in a season of  eleven lyrical evenings organized by Sophie de Ségur with Richard Plaza. The recitals start with a glass of champagne and last 75 mns. The room is for 200 people and the singers are all young and outstanding. It is mandatory to book. (tel: 33 1 49 27 83 33)