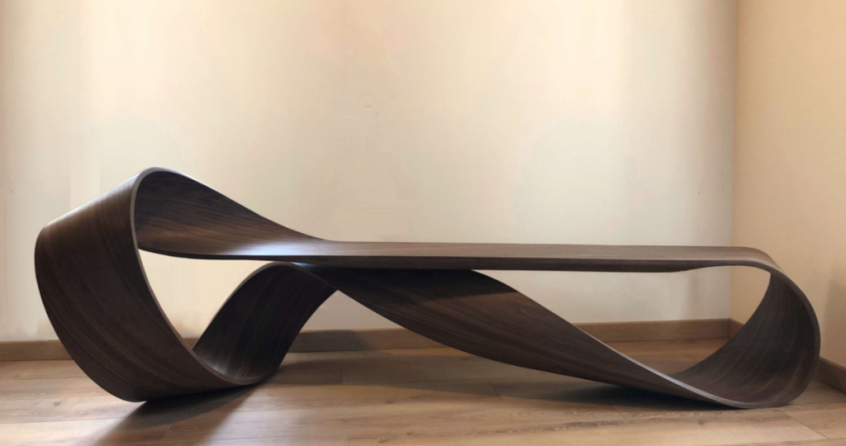 As soon as he had graduated from Ecole Boulle in 2011, the highest cabinetmaker school in France named after the famous Boulle from Versailles,  Pierre Renart was noticed by Florence Guillier Bernard, and she has never left him since. This talent spotter, who runs the galerie maison parisienne, works for a long time with her artists, to enable them to give their best. After a console was bought two years ago by MAD, Renart is now launching a bench within the “Ribbon collection”. He used American walnut, a noble wood essence whose soft hues magnify the sheer purity of the lines and the beauty of the overall shape is as surprising as it seems natural. Curves are his specialty.

Pierre Renart, 30, sits on his new Möbius bench cast in American walnut which sells for 15 000€ HT

This is his fourth collection which he will present at PAD in Paris in November (postponed from March) and he is also in the process of inaugurating the large size furniture designed for the lobby of  “22”, the highest building in London, at 22 Bishopsgate. In July, he will announce his furniture project for a restaurant in New York. He was also the designer for the furniture at Studio Harcourt cafeteria.

Model for the lobby of the 22 Bishopsgate, the 62 story building in London with Renart’s furniture 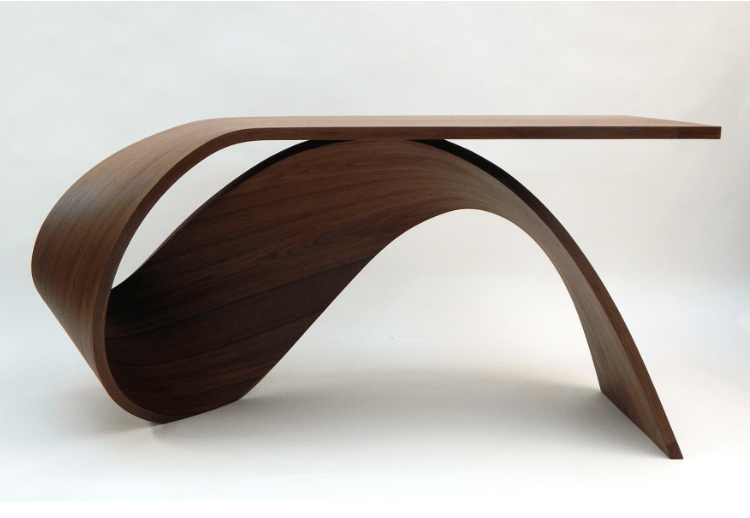 His furniture can be ordered at any time in walnut, and in some other woods like olive wood, or rosewood. Each piece is of course cast and hand made individually. To order you can contact Florence Guillier Bernard at maison parisienne fgbernard@maisonparisienne.fr 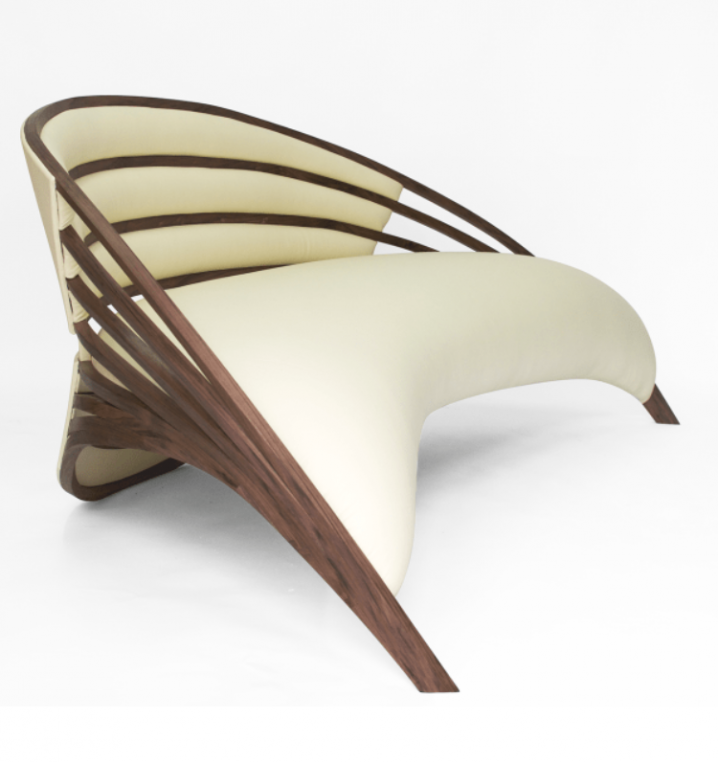