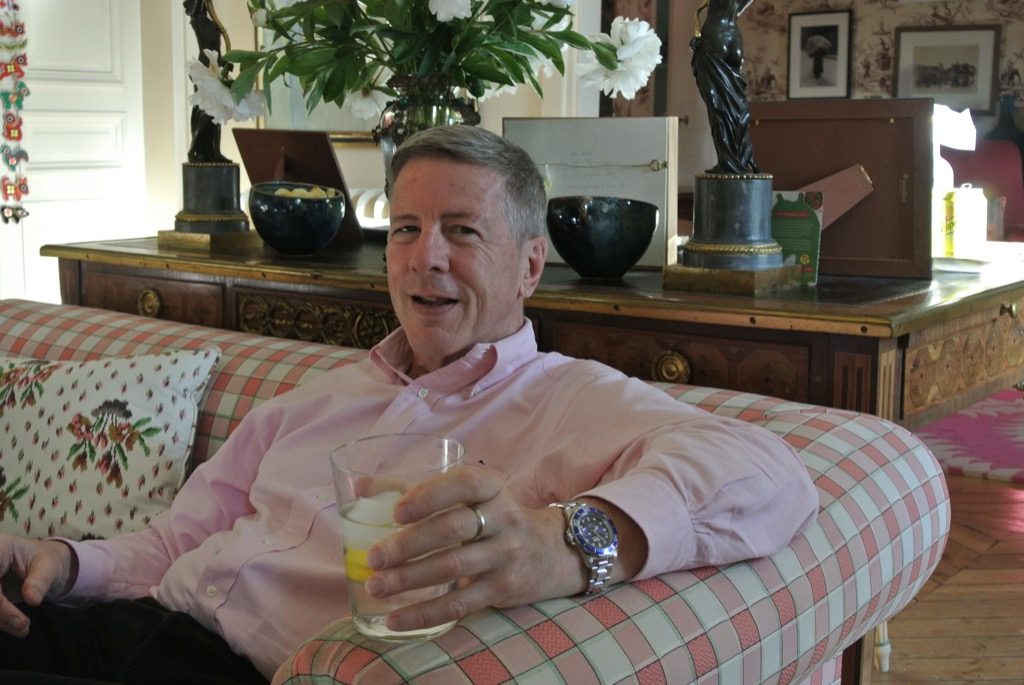 Author Charles Kaiser enjoying a gin and tonics in Paris in June.

It’s about time for Charles Kaiser to celebrate ! He has been at work on his new book « The Cost of Courage » for ten years, including three in Paris for research. The result is a very authentic and clearly written story of the Boulloche, a typical high society French catholic family, with a very unusual destiny. Three of the children, André who survived three differents camps in Germany, Jacqueline and Christiane, were resistants during the war. Their parents and older brother, Robert, who were not, ended up being deported to Germany. Kaiser had privilege access to Christiane’s journal through family connections, and managed to convince her of the importance of her lifestory. He has mastered a gripping tale of daily life in Paris under the German occupation, which now fascinates her children and grandchildren. And his personal sensitivity has turned it into a literary masterpiece. 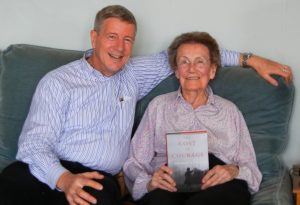 Charles Kaiser brought his first copy to Christiane Boulloche-Audibert, one of the three heroes of the book

A long silence had been kept by all survivors since the war, for the feeling of guilt never left the children. André Boulloche became a minister of de Gaulle and eventually died in a flight accident in 1978. Both daughters married and became active militants. Their courage cost them the life of their parents, but they knew they were doing the right thing. A number of scenes are exhilarating in the book which reads like a thriller. One of them is Christiane’s race through the subway of Paris when she needs to tell her sister that their hideaway is discovered. The Germans who were looking for her, only found a pan of boiling potatoes for she had stepped downstairs to buy a bottle of wine and saw their black car in front of her building when she returned ! Another is the surreal escape of famous resistant André Postel Vinay from Sainte Anne hospital. He literally walked out of the place, when the doctor was calling for an ambulance to take him back to prison.

The book came out on June 16 th in the US

Kaiser who used to write for the New York Times, the Wall Street Journal and Newsweek, researched this book with a reporter’s mind. He compiled (formerly) classified archives in GB, interviewed each child of the protagonists, crossed his informations many times and read most of the literature in French on the period for he is bilingual. His previous books, “1968 in America” and “The Gay Metropolis” were thorough studies. In this new book, he adds his personal love for France and for Christiane Boulloche whom he met at 12. He has managed to overcome his strong personal feelings in order to produce a true, objective, historical account. And it is riveting. (The Other Press)

One Comment on “After ten years, “The Cost of Courage””