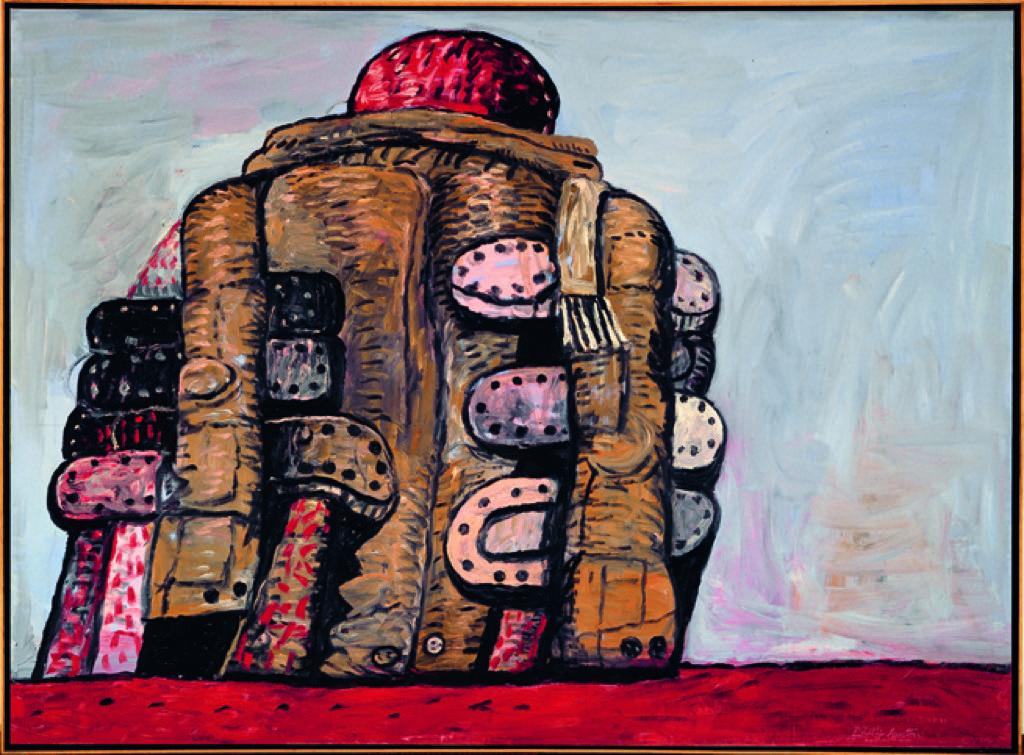 I had the feeling of being in Marfa, Texas, at the Guggenheim, at the Whitney, at MoMA all at the same time. And yet, I was just visiting a small exhibition of very high quality American artists at the Grand Palais in the center of Paris.
Eleven small rooms with just the perfect selection of « iconic » American paintings : these came from the San Francicso Museum of Modern Art and from the 1 100 pieces lent by the Donald and Doris Fisher collection. They will travel to Provence at Musée Granet in Aix, from July 11 to October 18. 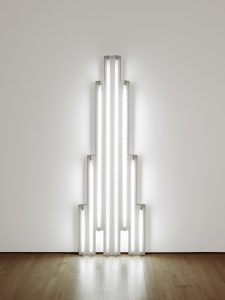 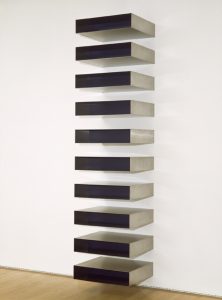 In the first room, four Calder mobiles reminded me of the (old) Whitney Museum on Madison… I am dying to see the new one downtown! It was the first time I saw Calder’s Circus and I was mesmerized. The three paintings by Philip Guston were a Proust’s madeleine flashback to the late seventies, when art critic Michèle Cone was already collecting his work and writing extensively about him. I have always had a weakness for this Canadian born American artist who died too early in 1980.
Agnes Martin, whose little drawings I discovered at Leo Castelli’s, has three large ones here. My favourite is definitely « Falling blue », 1963. Donald Judd is forever linked to my trip to Marfa, Texas, where I visited his art center with Liz Tirrell (who has just had her first sold out watercolor exhibition in Austin). It was a long and pleasant drive from Austin, and we saw there, excellent Dan Flavin installations at the Chinati foundation .
Roy Lichtenstein is linked to the Guggenheim where his major show a few years back was so much fun. All in all, 14 great artists (including black and white Warhols) make a wonderful American parenthesis in Paris life. (Grand Palais, H entrance, until June 22)