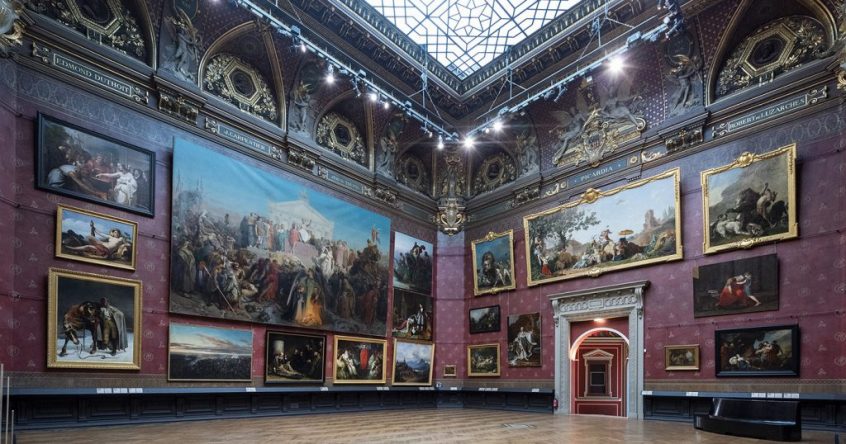 It took 10 years and three different curators to renovate Musée de Picardie in Amiens and the inauguration on February 29 th, in the midst of the coronavirus was somewhat doomed. But I was curious to visit the city where Emmanuel Macron was raised and where his love affair with Brigitte (born Trogneux), started. Amiens is famous for its huge cathedral, the largest in France and now also for its macarons made since six generations by the Trogneux. It was both very exciting and slightly depressing… 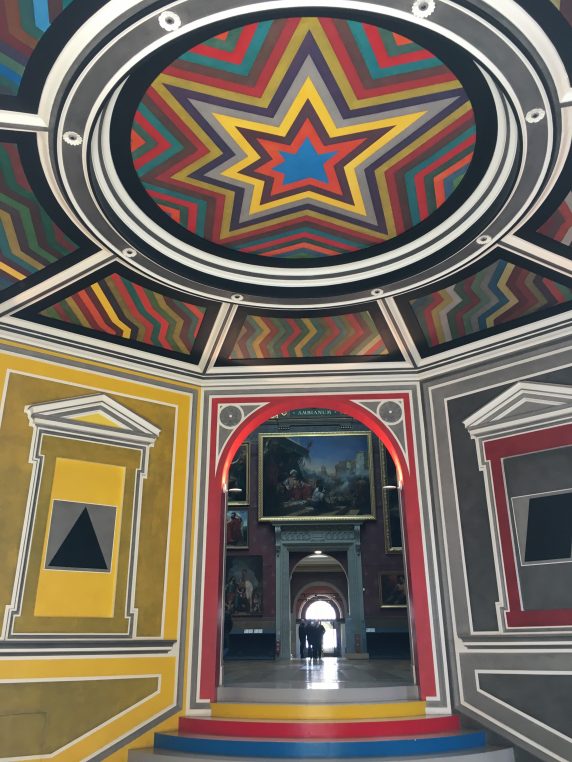 Sol LeWitt was commissioned this rotunda in 1989 by Dominique Viéville

The museum was built in 1855-1860 thanks to Charles Dufour, president of the Société des Antiquaires de Picardie, who managed to get Emperor Napoléon III, involved. It was inspired by the new façade of the Louvre and financed by the lotto: it is full of surprises. Its collections include Greek and Egyptian sculptures kept in the basement with the Gaulois archeological local finds. And they are excellent for a town of 135 000 inhabitants.

The sculpture gallery created in 1863, is devoted to 19 th century marble and bronze sculptures, bought at the Salon, by Schoenewerke, Roze, Mathet, Cibot, all very obscure names to me… but the accumulation is interesting. And it is fun to discover a whole new world of former celebrities, whose names have disappeared nowadays. 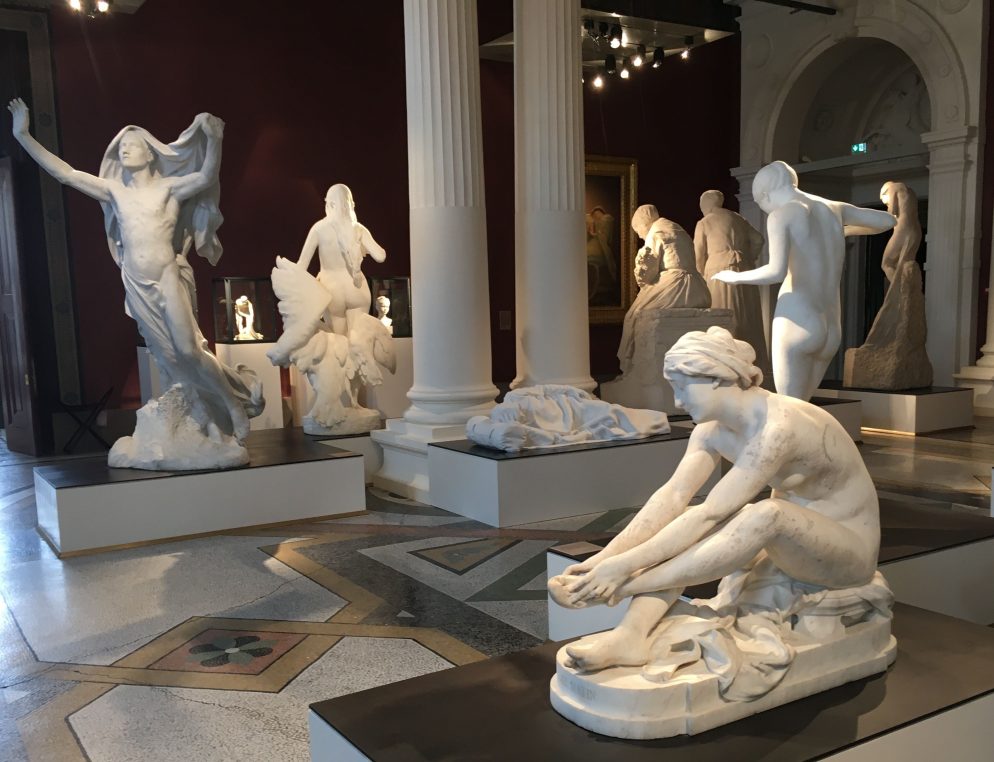 The sculpture gallery with works by Schoenewerke, Rome, Mathet and Cibot

On the ground floor the huge main hall (Grand Salon) is lit by natural light through a glass roof and the paintings hang on three levels. I wish I had been there when they were putting them up, probably with very large lifts? The room is spectacular and shows (among other Pompier works) Jules Lefebvre‘s famous “Lady Godiva” painted at the end of his career, in 1890. She is seen naked on her horse riding in the streets of Coventry. The central room is surrounded by galleries with XIX th century sculptures on one side and Medieval collections on the other. “The Deploration of Christ” is one of the Italian XVth century polychrome wood sculpture that struck me. 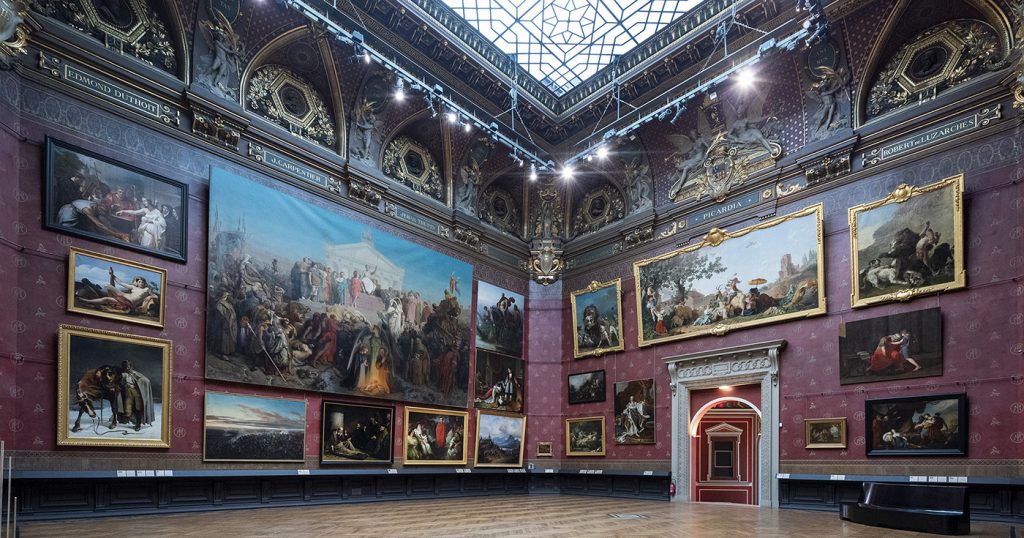 On the first floor, there are a variety of excellent paintings including numerous Ribera, Fragonard, Cornelis de Vos, Jacob Cuyp, Simon Vouet. But the two very original rooms are the one devoted to Louis XV th’s exotic hunts painted between 1735 and 1739 and lent by the Louvre. Eight of them were painted for the little apartments in Versailles by the most prestigious painters of the time.  A Chinese hunt by Pater, a Crocodile hunt by Boucher, the Lion hunt by Jean François de Troy, the Ostrich hunt by Carle Vanloo… make this little room very exceptional even in the strong sun light. 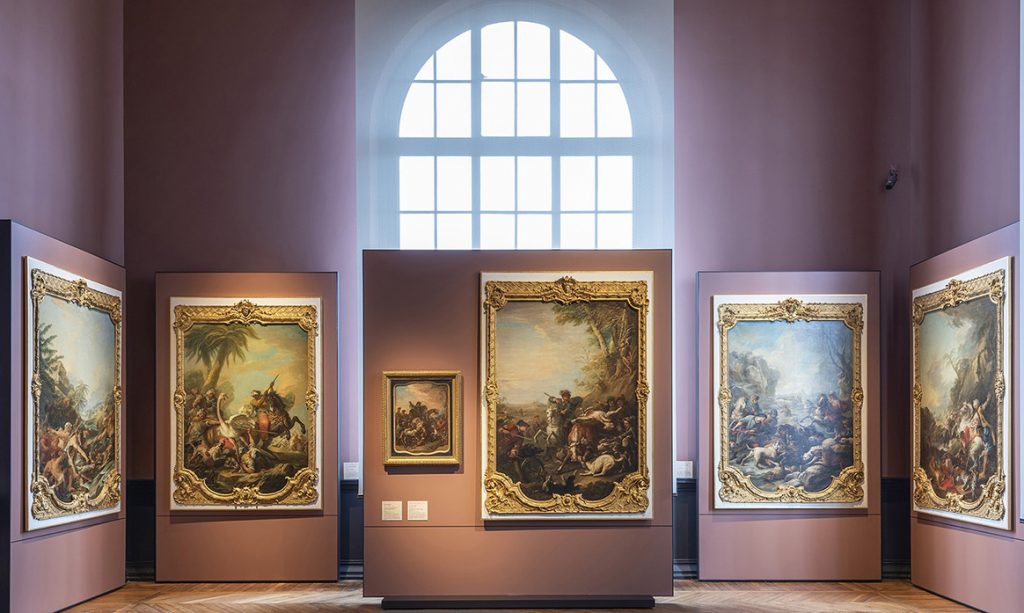 The other room which is unique is devoted to the different “Puy” realized by a painter called Maître d’Amiens (master of Amiens) and his followers. The Confrérie de Puy Notre Dame d’Amiens, was an association devoted to the Virgin Mary where members wrote poems and painted, and it was an important social occasion in Amiens for the whole population who competed in literary jousting. Five large canvases represent these Puy painted in 1518-1525. They would be an ideal support for a very difficult puzzle, given the number of characters portrayed on each. 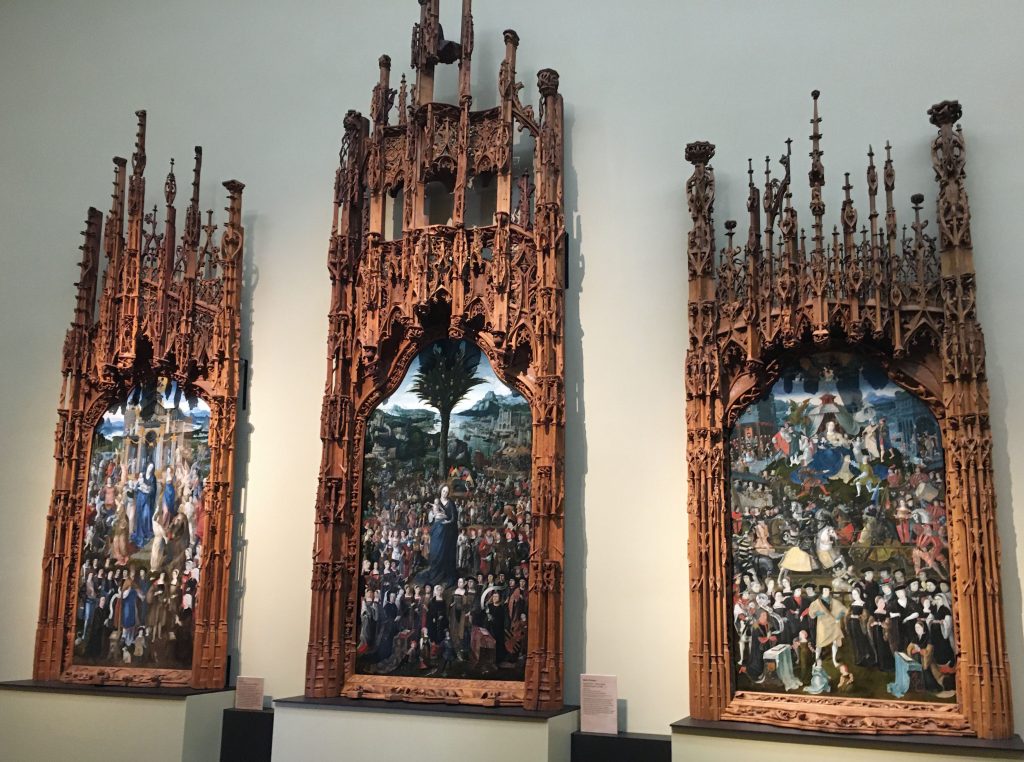 The museum was conceived from the start as a traditional walk through the centuries. After staring for a long time at an 1860 full size replica of the “Raft of Medusa” by Géricault (currently at the Louvre), a last surprise caught my eye, when I bumped into the colorful little rotunda painted by Sol LeWitt in 1989 next to the entrance. It was commissioned by the then curator Dominique Viéville who had already started modernizing the lower floors. 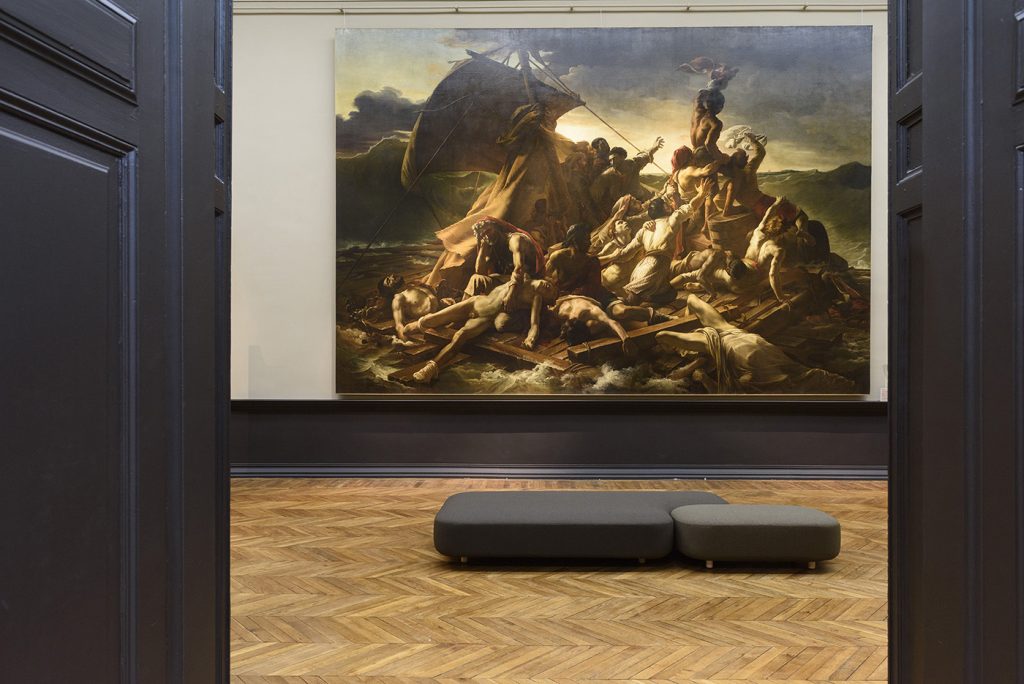 What we  see today with this reopening, is the final result of construction works by a succession of devoted curators which include Sabine Cazenave (now in Bayonne) and Laure Dalon. The new modern entrance is very successful but all the last details remain to be completed like the few labels missing on the paintings and sculptures, and a lack of clarity in the paintings gallery. The garden which has just been planted will take a few years to be perfect! 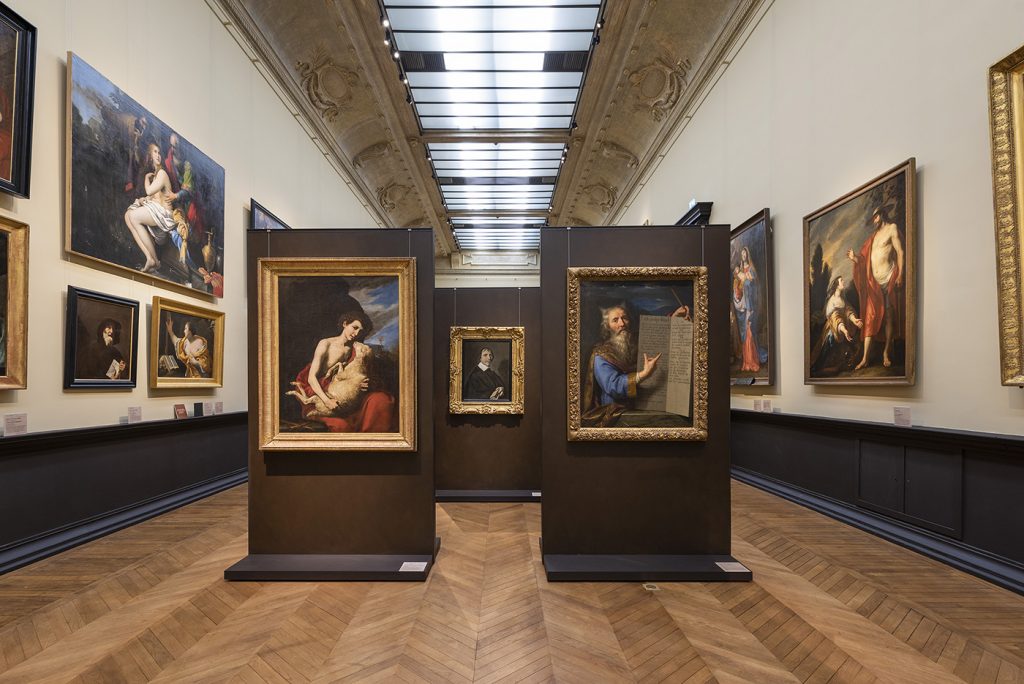 The natural light is of course wonderful in most rooms but is also often an obstacle to see the works properly because of strong reflections. And the signaletic is a little confused. I got lost a lot in the peripheral galleries… But of course we are not at the Louvre and we easily find our way back.

If you go to Amiens, make sure to stop by the cathedral (in a pedestrian area and it’s hell to park) and buy the Macarons from Trogneux which are delicious and can also be ordered on line.

Musée de Picardie in Amiens. A remarkable and unpretentious historical and architectural guide is publised by Laure Dalon for 12€.