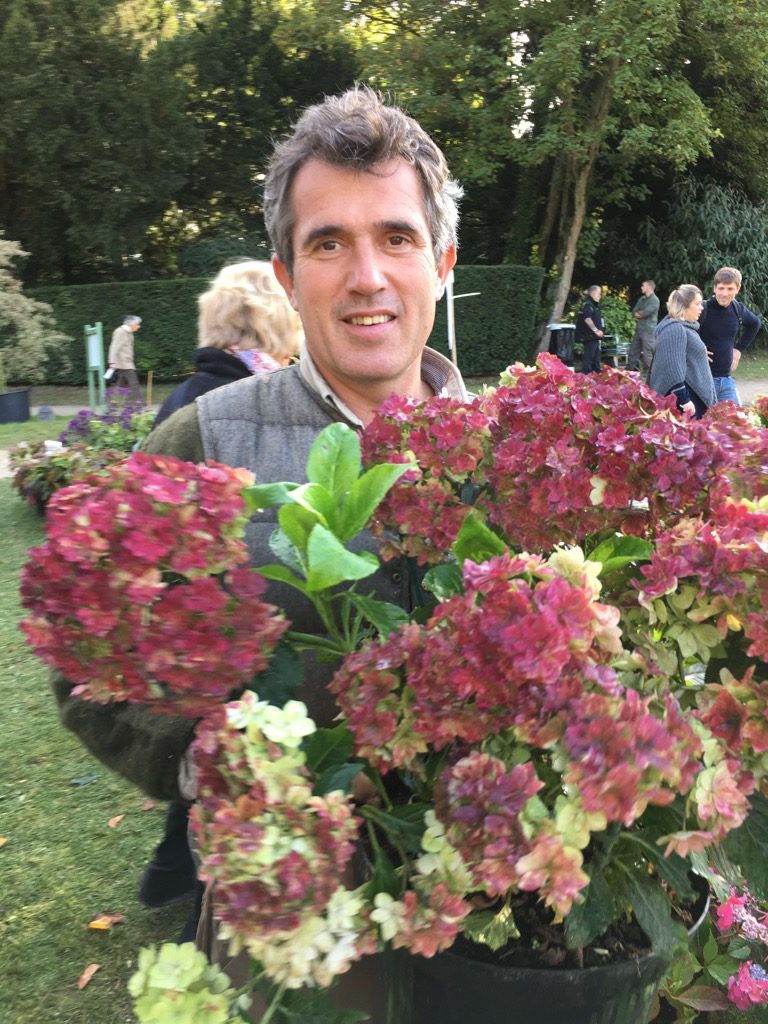 It was once again a fascinating day at Chantilly’s Journée des Plantes where garden magicians brought in new species and colorful autumn trees. Roy Lancaster, the famous British botanist, who is a member of the Jury, was once more amazed by the creativity of French, Belgian and British nurseries and three Prizes went to the « Jardins d’Ecoute s’il pleut », a nursery from Vendée, which specialises in rustic ferns. 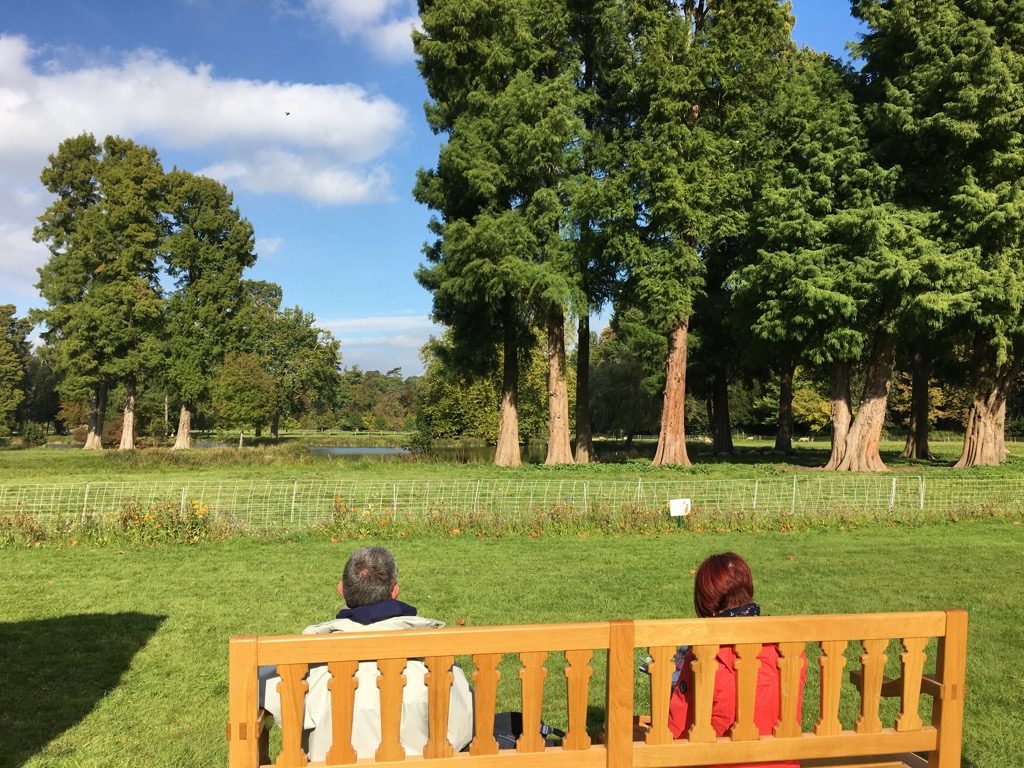 Château de Chantilly looked at its best in the golden autumn sun and all the staff under the leadership of Charles-Henri Diriart, was charming and smiling at the beauty of the flowers and trees that  200 exhibitors had brought from afar. Many new nurseries were invited and a few children activities (bouquet making, pumpkin carving, tree spotting, wicker basket making, and rabbit farming…) brought a breath of fresh air to this thirty year old « Journée des Plantes » started by Patrice and Hélène Fustier at château de Courson. 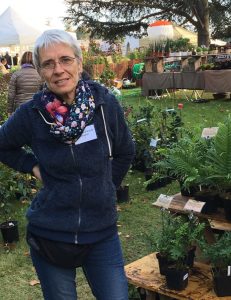 When you first arrive, there are so many beauties that  you don’t know where to start looking. But little by little, magic operates : the large Hydrangea stand by  Pépinières de la Thyle attracted lines of buyers and Thierry de Ryckel, its owner, could not stop describing the three colors in one flower of the Paniculate, nor the beauty of some species even after they have died. His Belgian accent added to the charm of the story telling. 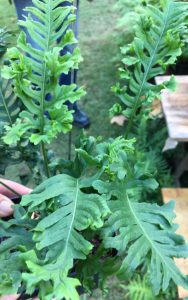 Many fashion shops came this time, including Barbour of course, Dubarry of Ireland with its fabulous boots and tweeds and Clippertown who have developed a new gortex based linen, perfect for heavy rains and hats by « Donne moi la lune » (Give me the moon) were very tempting. 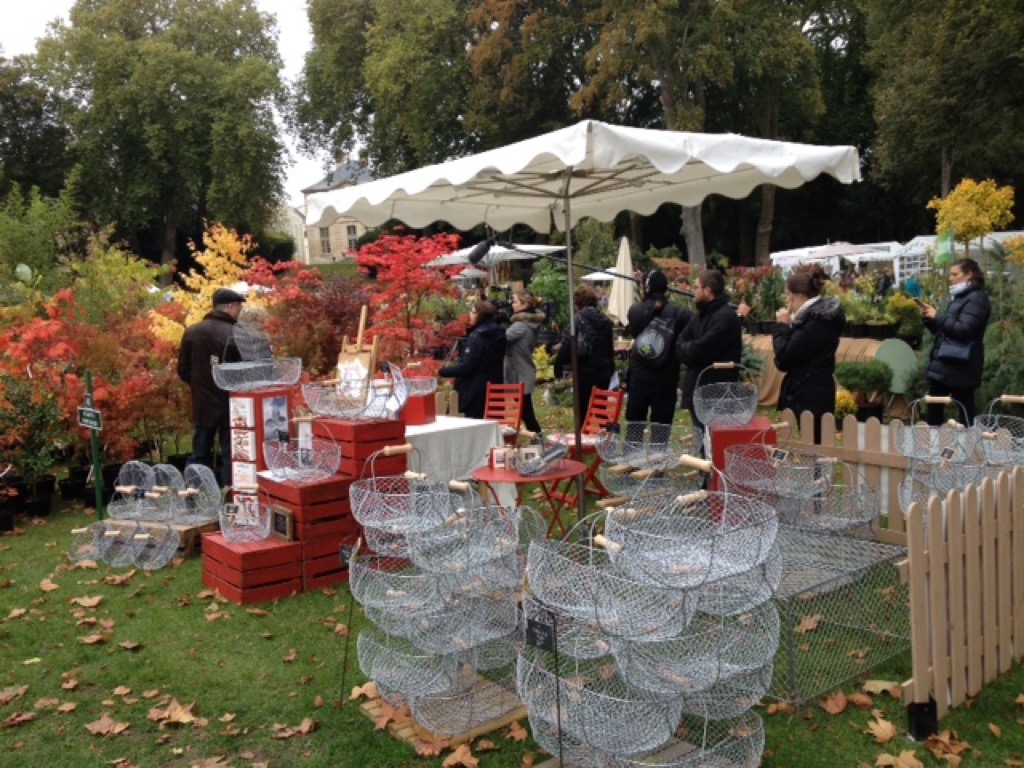 Another poetic stand was one of iron thread baskets, Aert-Fil, made individually by the same family for three generations in Ile et Vilaine, in Brittany again. Perfect for eggs, vegetable or poultry they were used when I was a little girl in our farm near le Mans, and they are popular again . 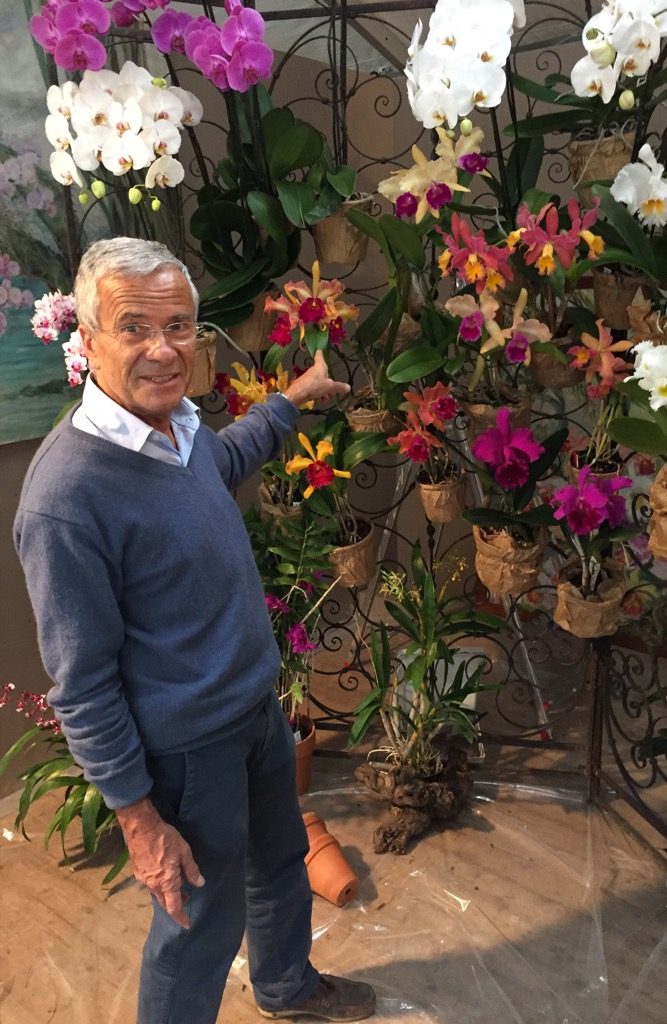 Philippe Lecoufle and his wonderful collections of Orchids and cattleyas

What is wonderful about these « Journees des plantes » is that each individual grower is completely dedicated and loves taking the time to tell you how they invent and develop their plants. Conferences took place in the castle with book signing by Alexandre de Vogue speaking about Vaux le Vicomte and its magical garden architecture by le Nôtre, Pierre Alexandre kisser who published a book with Edition sUlmer on gardens to live in , and medicinal gardens by Virginie Peytavi.  Natural bouquets on the stand of  « Vivaces et compagnie », and the natural charm of Chantilly’s park with its black sheep were an unbeatable moment of poetry and happiness. 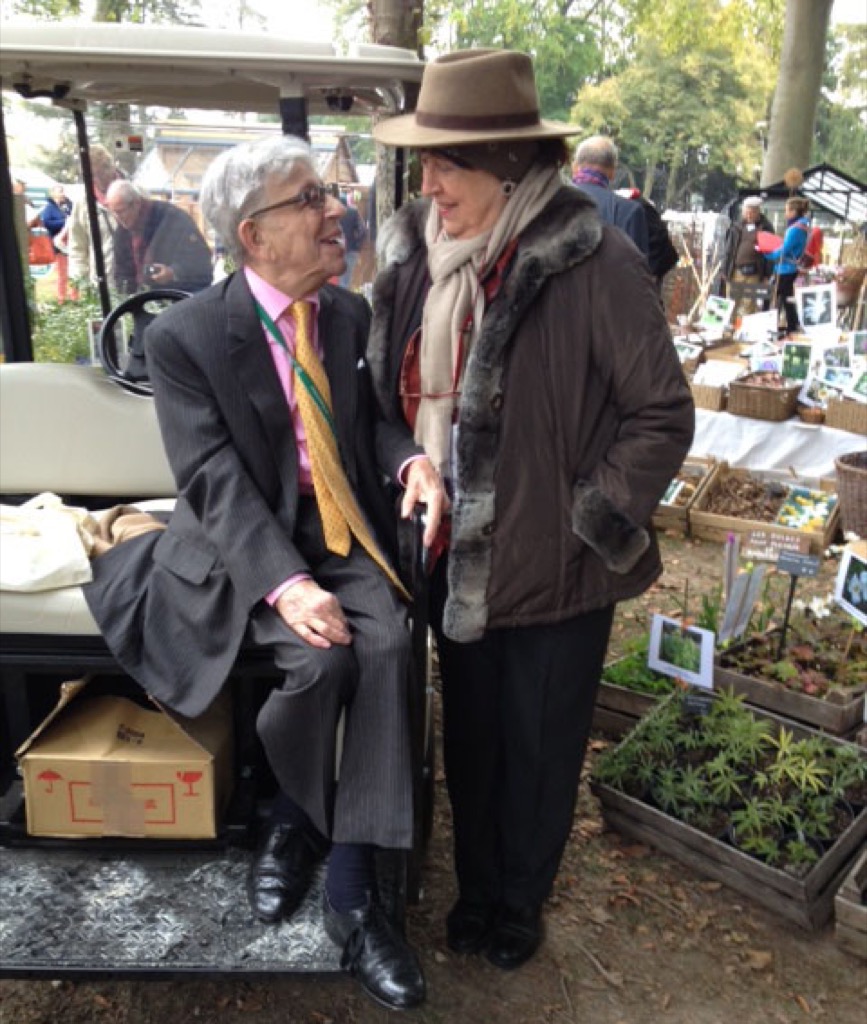 And of course, we all left carrying rhododendrons and heather from Pépinières de Kerfandol ! Next Journée des Plantes is on 19-21 May 2017.

One Comment on “Another magical “Journée des Plantes” at Chantilly”