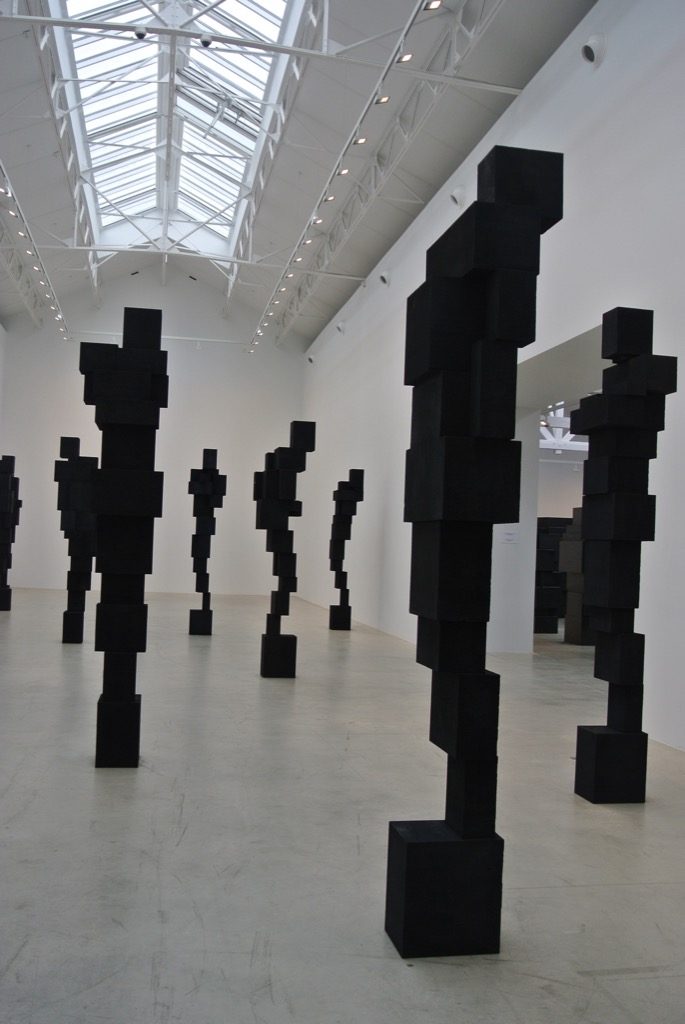 I braved the bad weather and the traffic on the Périphérique, passed the sad Philharmonie at Porte de Pantin and jumped into this disinherited suburb of Paris where Thaddaeus Ropac, the very worldly Austrian gallerist, opened, some four years ago, a very large exhibition space, in a former foundry. 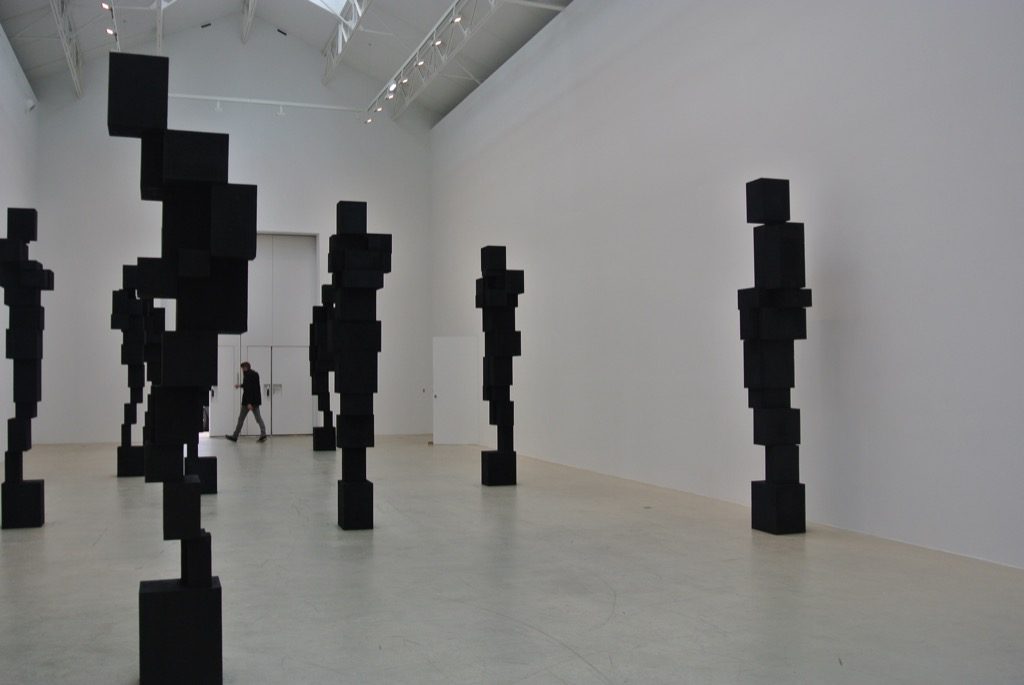 The assistant walking in the back gives you an idea of the size of the cast iron stellae.

There, I found huge closed iron doors and thought I had mixed up the opening times. But no, not at all, two smiling faces welcomed me inside the huge space where Antony Gormley had attracted me. The intense pleasure was equal to the difficulties of the trip. Immense.

One of my two favorite British sculptors with Tony Cragg, Gormley has concentrated his research on body and space, sculpting his own body (he is very tall) many times and you can see his work in all major contemporary art museums in the world including Dallas. I once was driving along the motorway near Newcastle, in Northern England, and an angel appeared on the side of the road ! it was his 20 meter high « flying angel », built in 1988, which seems to protect drivers.

In Pantin, I particularly liked, in the larger of the four exhibition rooms, a « forest » of oversized cast iron statues, which seem to gather like guests at a cocktail party, with all their worries, hopes of happiness and physical pains. It is spectacular. But make sure you take a cab to 69 ave du Général Leclerc, Pantin.