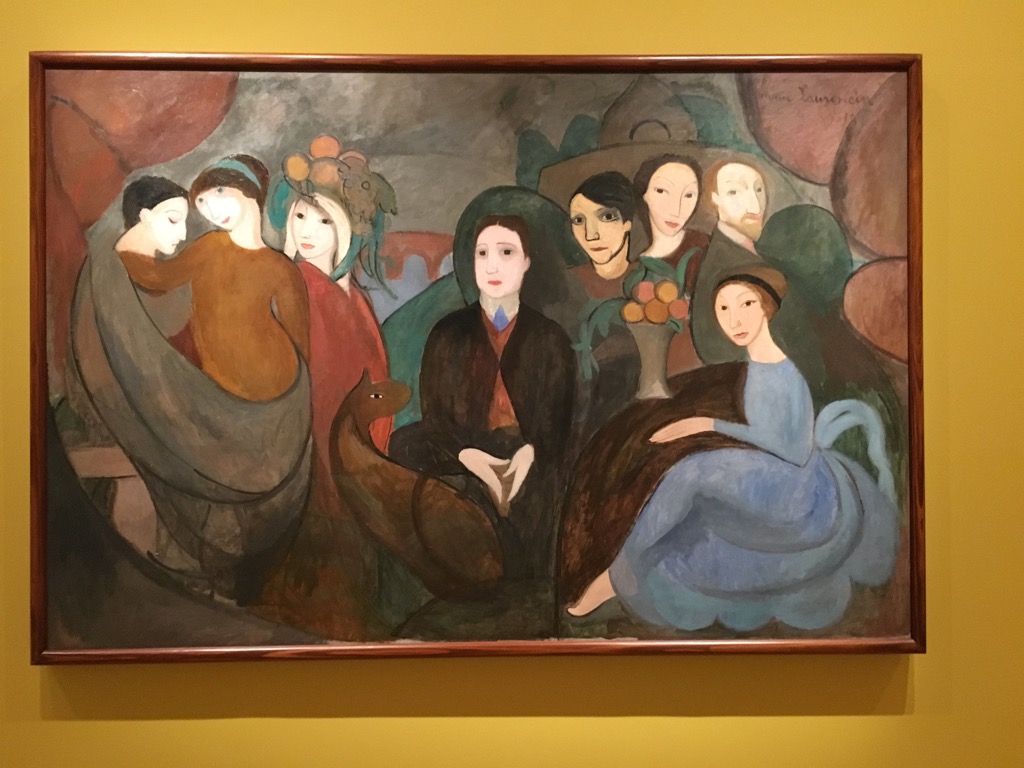 Apollinaire and his friends by Marie Laurencin, 1909

When you enter, the exhibition « Apollinaire le regard du poète » (the poet’s eye) at Musée de l’Orangerie in the Tuileries gardens, you hear the poet declaiming « Sous le pont Mirabeau coule la Seine et nos amours » one of his most popular poems. In front of you, sits a bronze of Arlequin by Picasso, 1905, and behind hangs Jean Metzinger‘s Blue Bird, 1912-13 and an African sculpture of Yombe or Woyo Fétiche. The tone is set. Apollinaire’s eclecticism is concentrated in this first room. 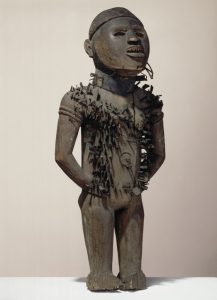 The exhibiton is dedicated to the wirter’s years as art ciritic, 1902-1918, when he was advising the younger Paul Guillaume, the great gallerist, who would later on, give his paintings to the Orangerie museum. Born in Rome as Guglielmo Alberto Wladimiro de Kistrowitzky, from an unknow father, he moves to Bologna, Monaco and Nice before taking up the name of Guillaume Apollinaire in Paris in 1899 . He is published in La revue Blanche and writes about Picasso, Max Jacob and Matisse very soon after. 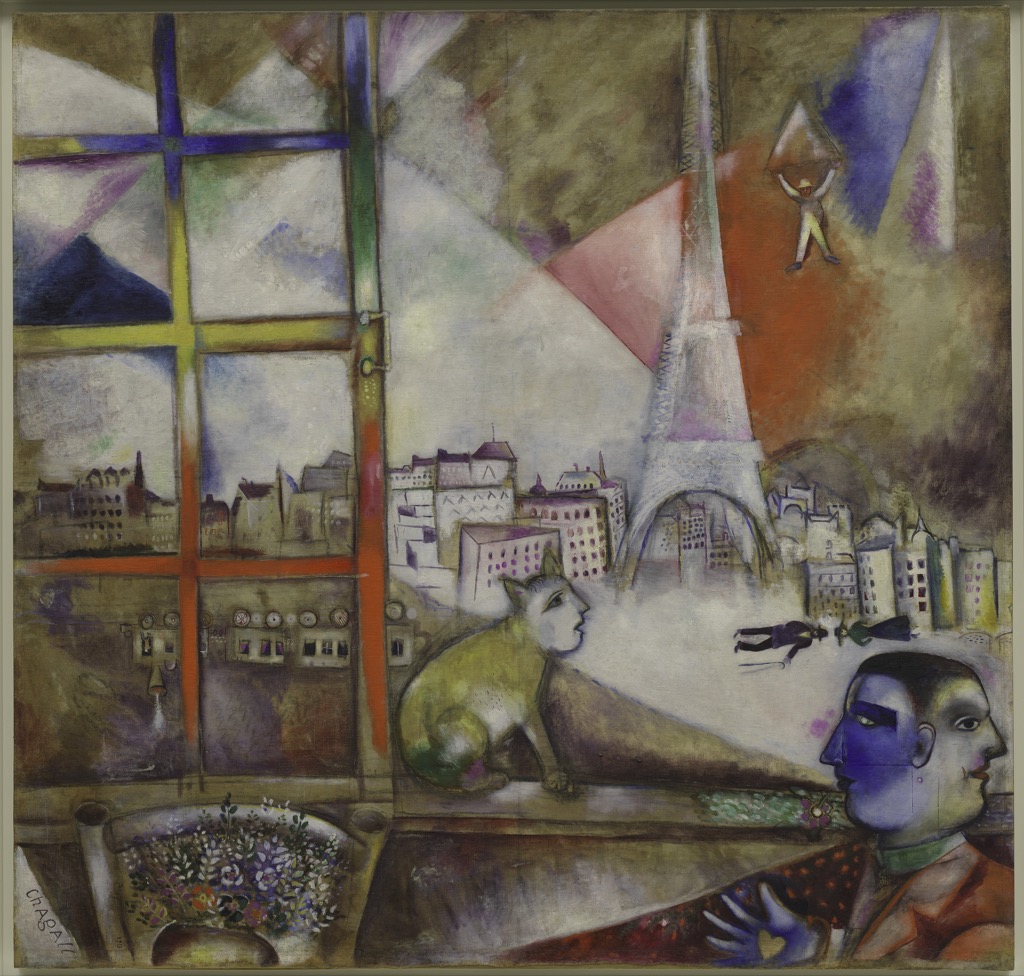 He discovers African art and shares his passion with Matisse, Braque, Delaunay and mostly Picasso, his dear friend. Close to Chagall, he likes another Russian, Natalia Gontcharova, de Chirico and Derain. 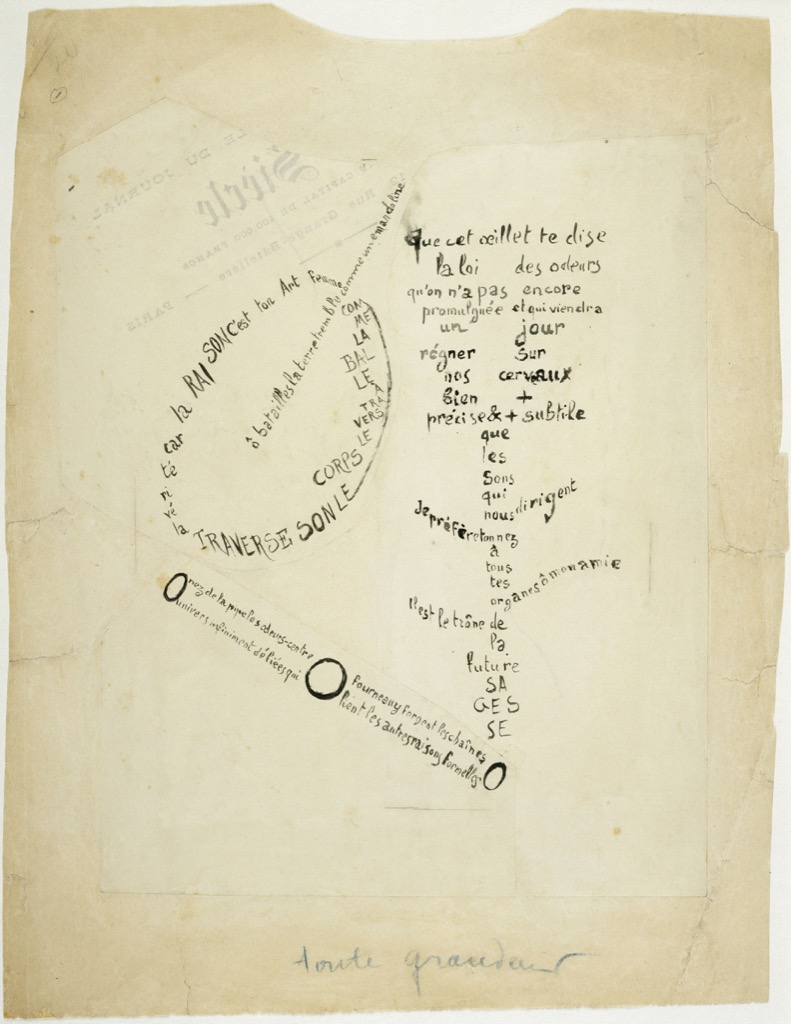 The large portrait of Apollinaire and his friends painted by Marie Laurencin in 1909, a passionate love of his met through Picasso in 1905, is emblematic of the friendships he made with all the genius people of the time.
In 1910 he writes on art for l’Intransigeant, creates the magazine, « Les Soirées de Paris » in 1912, then collaborates to Paris-Journal. He dies prematurely from the Spanish flu in 1918 at age 38. 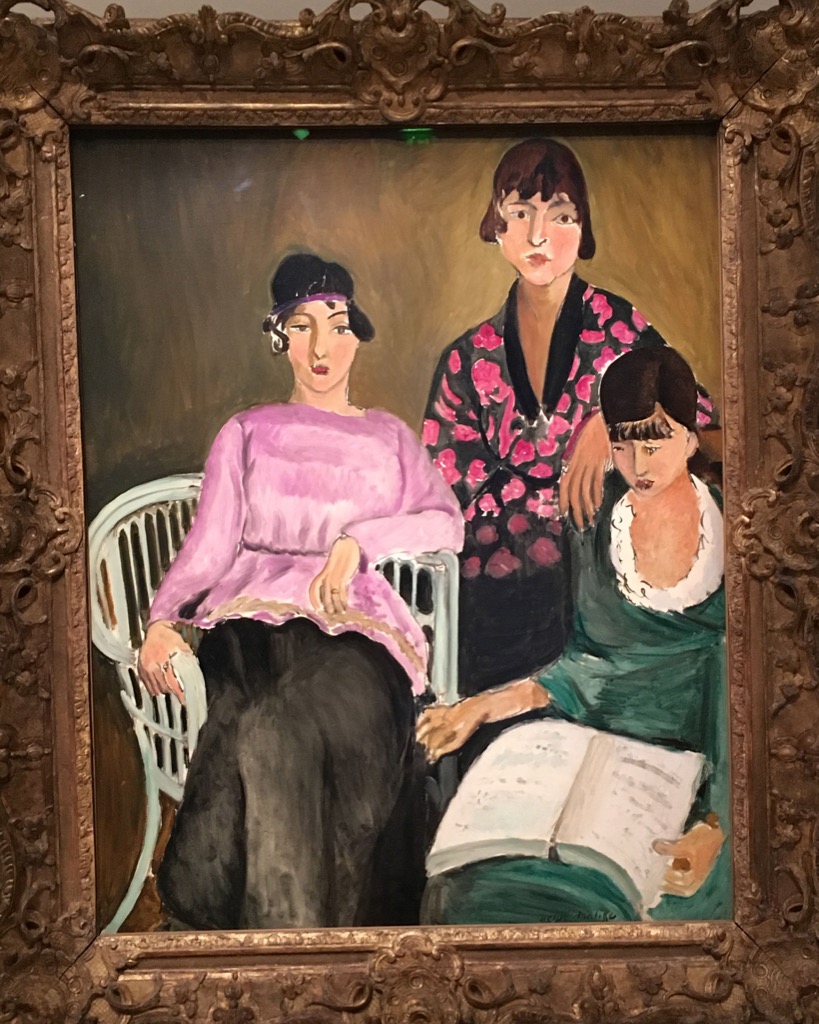 Through the 357 works presented in this exhibition , we discover a magical world created largely by artists who immigrated from Russia, Spain and Italy. Apollinaire was at the center of it and being injured at the head in the war in 1916, did not stop his creativity and his curiosity. This exhibition reveals many new facets of a classical French poet. ( Musée de l’Orangerie, until July 18 th)