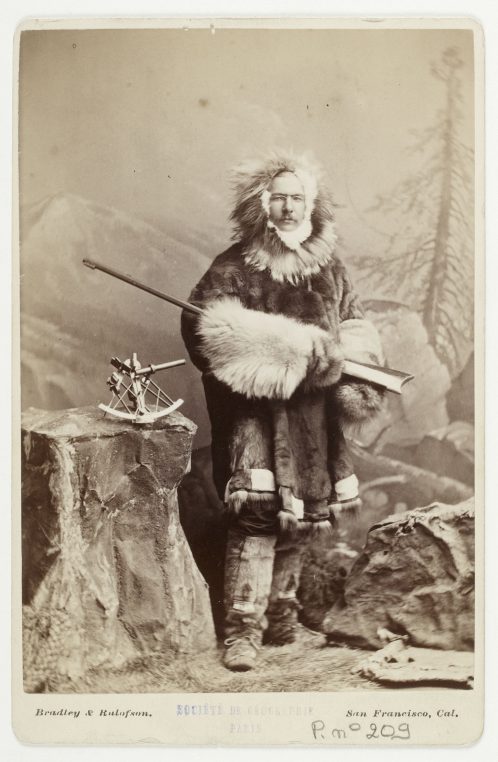 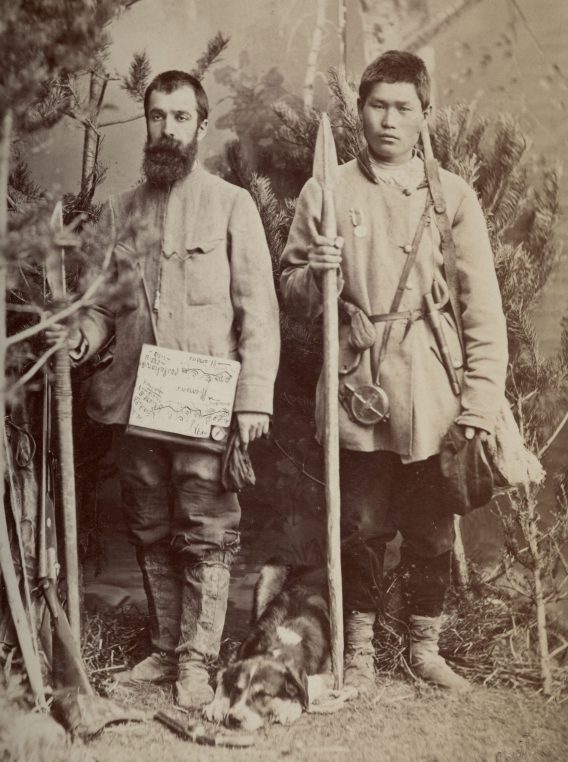 What can be more exciting than to follow the adventures of 19 th century explorers in Darfour and Ouadaï, Tibet, the Amazon or Sénégal with their guides, wifes, helpers? Thanks to the 200 th anniversary of Société de Géographie founded on December 15, 1821, whose archives are kept at Bibliothèque Nationale, BnF has organized a beautiful exhibition of two hundreds portraits, photographs, maps, drawings and travel books on the theme of the explorer. “Faces of XIX th century explorations, from myth to history”. Next door another show gives every detail on how Champollion translated the Pierre de Rosette and wrote the first dictionaries for hieroglyphs. 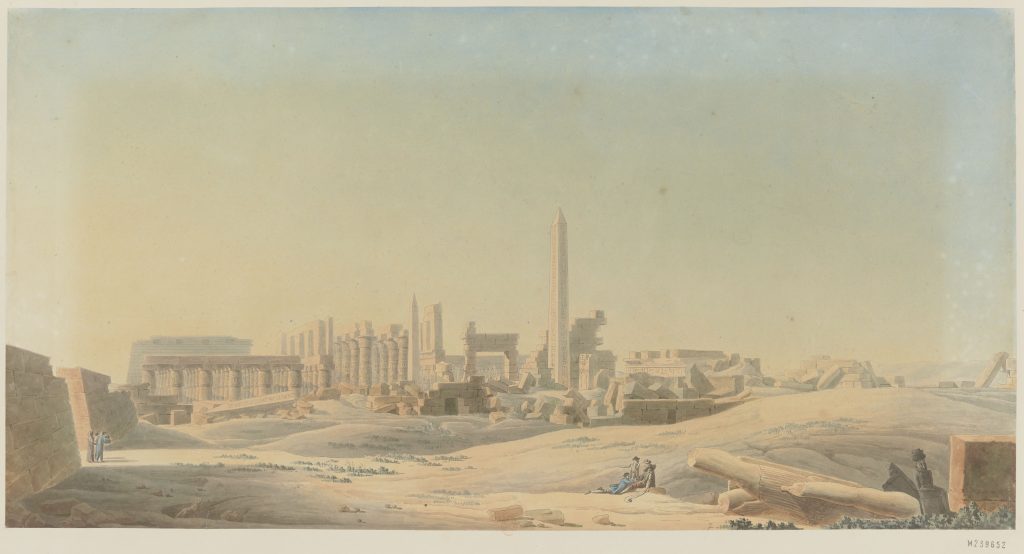 The theme of explorers is treated in three steps: the preparation of the voyage, the camps and travels and the narratives with photographs upon returning. The great surprise is to find out how many women either accompanied their husbands or succeeded them when they died. Explorers were financed and coached by the different members of the societies of geography. Heads of state such as the Egyptian Mehemet Ali (1769-1849) in Lybia and Sudan or the King of Siam Chulalongkorn paid for missions to explore their own countries and abroad. Naser ed-Din, shah of Persia, travels to Europe in 1873, takes photographs and writes a journal with his observations.

His personal doctor, Jean-Baptiste Feuvrier, observes life at court and makes drawings of their travels in the mountains of Elbourz. Travel to Africa by Adolf Sea Luxus in 1889 is conceived as a cyclorama in 22 pictures. All kinds of descriptions of the explorers’ trunks indicate the amount of material they took with them. They often dressed like the locals and tried to be as discreet as possible. They used guides who featured on the pictures with them. They wrote a lot, narrating every detail of their travels. Geographic maps, manuscripts, photographs give us extraordinary descriptions of all these characters. 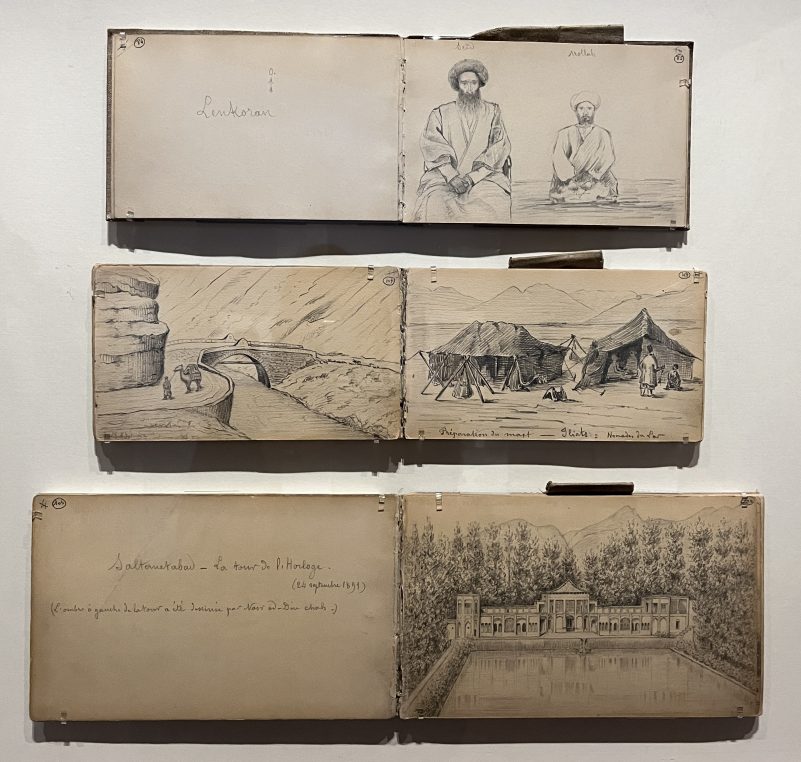 Gabrielle Vassal, an English woman, travels to Indochina with her French husband who works for Institut Pasteur in Nathrang. Amélie Bel (1859-1919) travels with her husband to Transvaal in South Africa, then to Siam (Thailand), Laos and Annam and French Congo. Octavie Coudreau (1867-1938), travels to Amazonia and Guyana. When her husband dies, she dares say that she is herself a professional explorer.  Travel journals include drawings, figures, lists…and are extraordinarily informative. 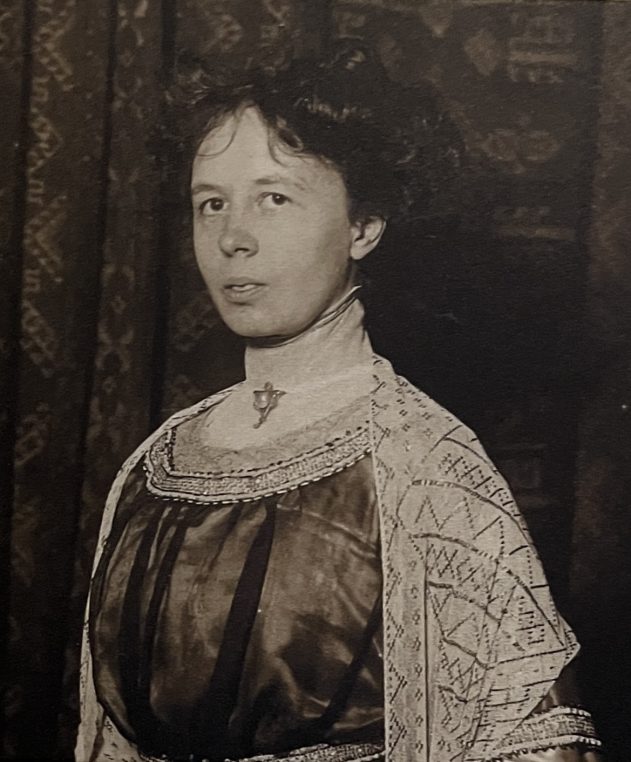 Savorgnan de Brazza and Charles de Foucault feature in the show of course but so many more unknown geographers and explorers make us dream of their forgotten world. The exhibition, very well staged by Véronique Dollfus, is not quite as visual as one would want. But the  documents are moving and authentic. 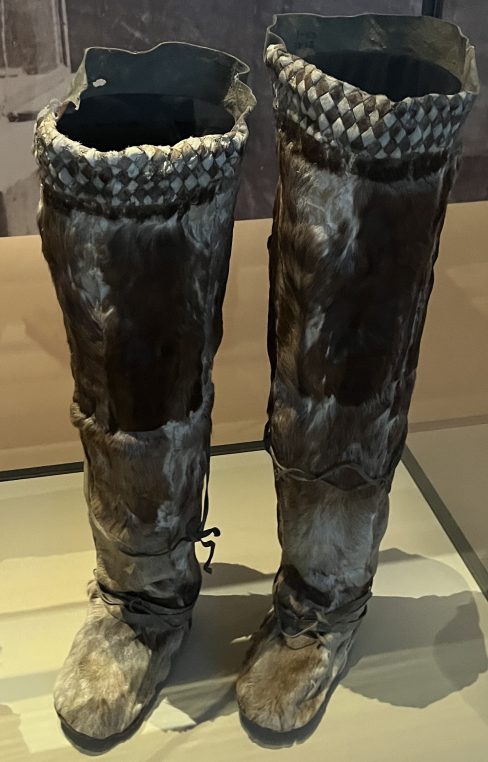 Boots belonging to a rich merchant in Oriental Siberia, brought back to France by Joseph Martin and exhibited at Palais du Trocadero in June 1887.

The Champollion exhibition is a good prolongation of this one. The man who found out how to translate hieroglyphs died very young (1790-1832) but changed forever the science of Egyptology. There are many paintings and sone sculptures relating to his life and again many drawings that he brought back to the Louvre. His influence on Sèvres porcelain or furniture is immense. 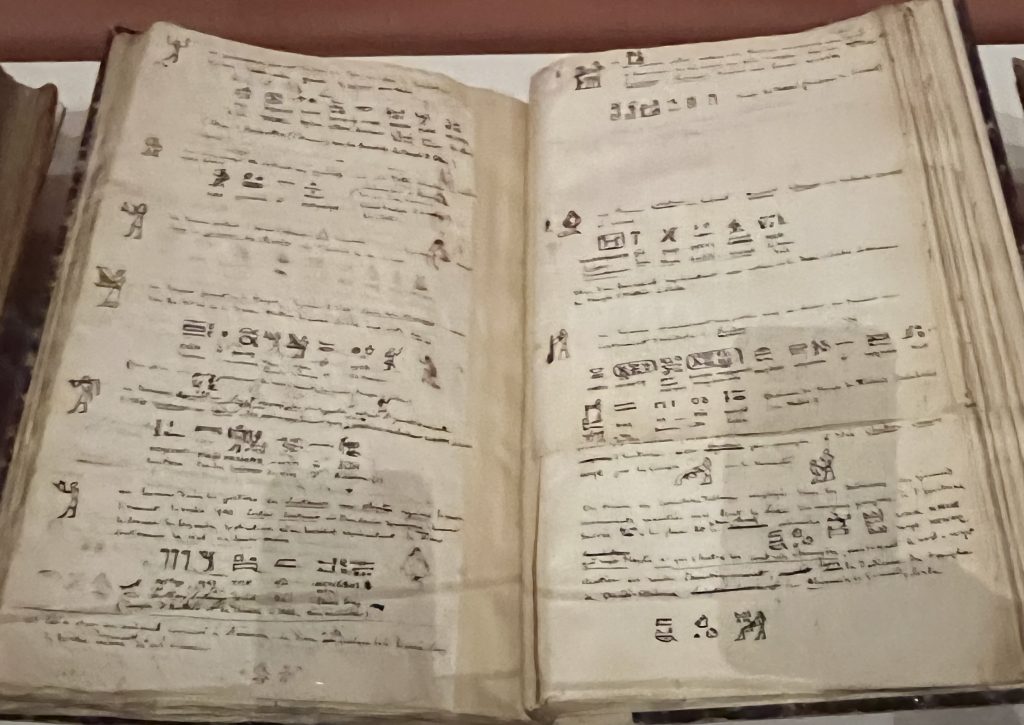 Both exhibitions are on at BnF until August 21 for Explorers, July 24 for Champollion.