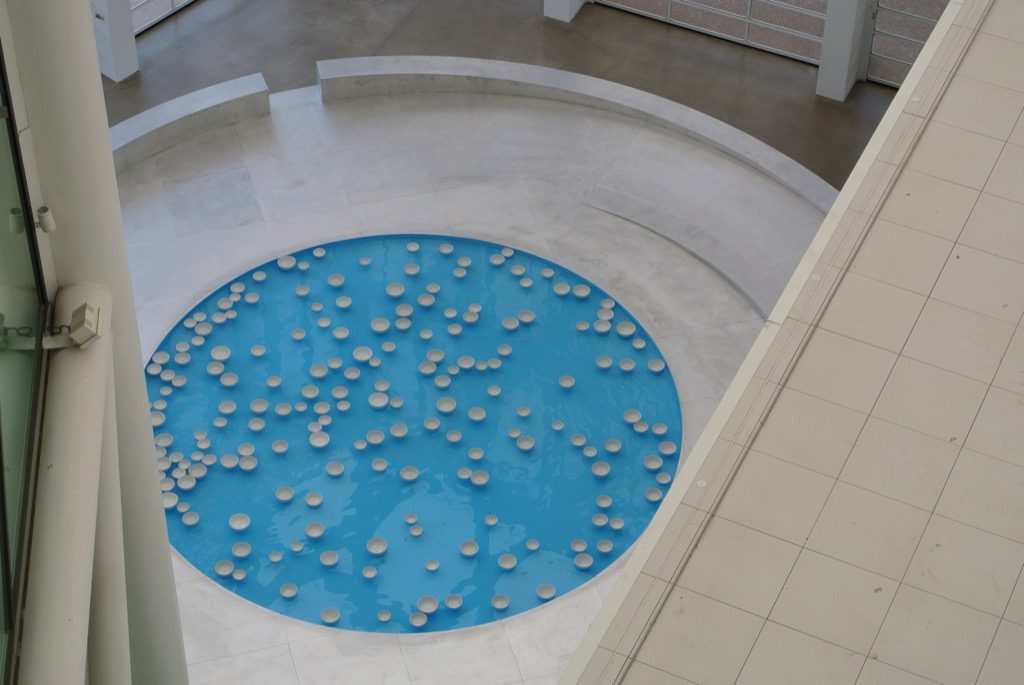 “Clinamen” by Céleste Boursier-Mougenot, the artist representing France at the Venice biennale and who can also be seen at Palais de Tokyo 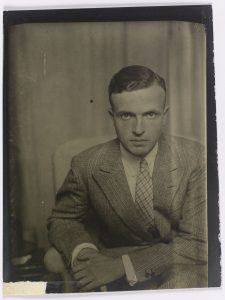 who is the focus of an exhibition of 350 works at Centre Pompidou Metz. He is one of those extraodinary characters who wrote poetry, went on long expeditions from Dakar to Djibouti (1931-33) while he worked at Musée de l’Homme (for almost 50 years), and surrounded himself with the most interesting painters (Picasso, André Masson, Miro, Wilfredo Lam, Giacometti, Francis Bacon…) and writers (Max Jacob and Georges Bataille).

A writer himself, he published many books on Africa whose vaudou rites he studied, (l’Afrique fantôme) and Dogons and Ethiopians, but also an autobiographical work « l’Age d‘homme ». His wife Louise Leiris was the daughter of the Kahnweiller and ran an art gallery. 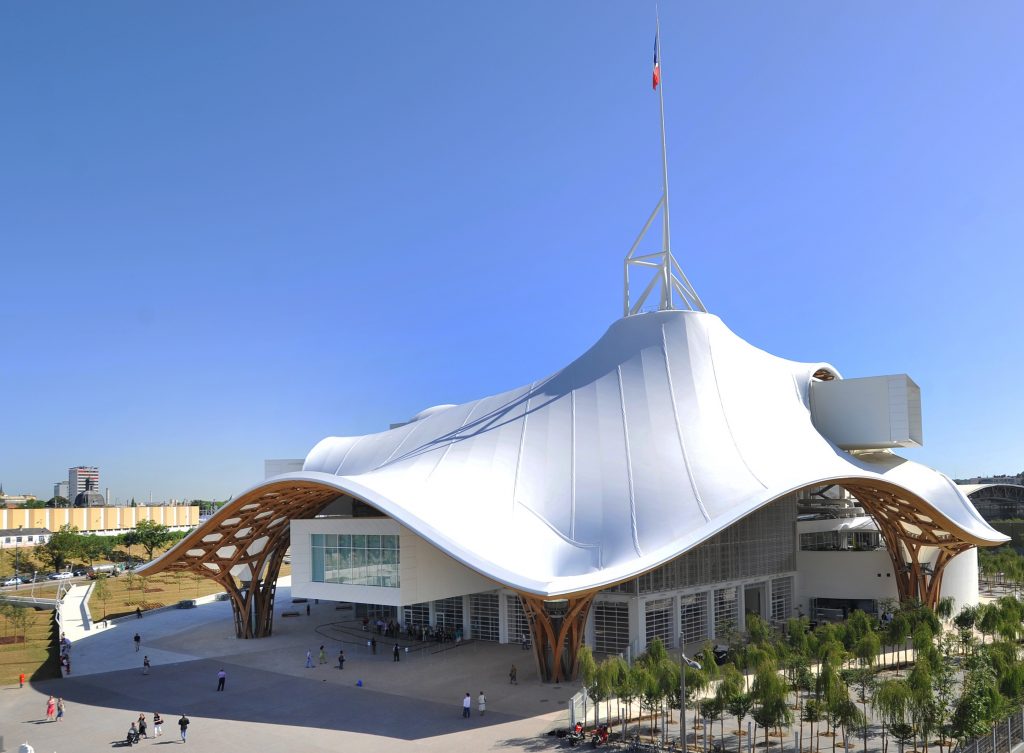 Centre Pompidou Metz has a fantastic architecture by Shigeru Ban 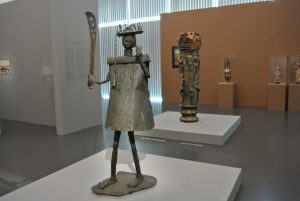 Benin sculpture by Akati Ekplékendo, dedicated to Gou, before 1858 and (behind) a 19 th century drum from the Ivory Coast

Going to Metz for the day is always an immense pleasure, which I repeat every year since the Centre Pompidou Metz, designed by Shigeru Ban, was inaugurated five years ago. In one hour and fifteen minutes, you are immersed in a different world. First the quality of the exhibitions, (this time Leiris and Boursier-Mougenot, I will pass on the Warhol show which is, as we say in French « ni fait, ni à faire »), then the exotic feeling of being almost in Germany as many visitors come from over the border. The museum is a short five minute walk from the station and emerges as a strange beautfiul mushroom in a former no man’s land. 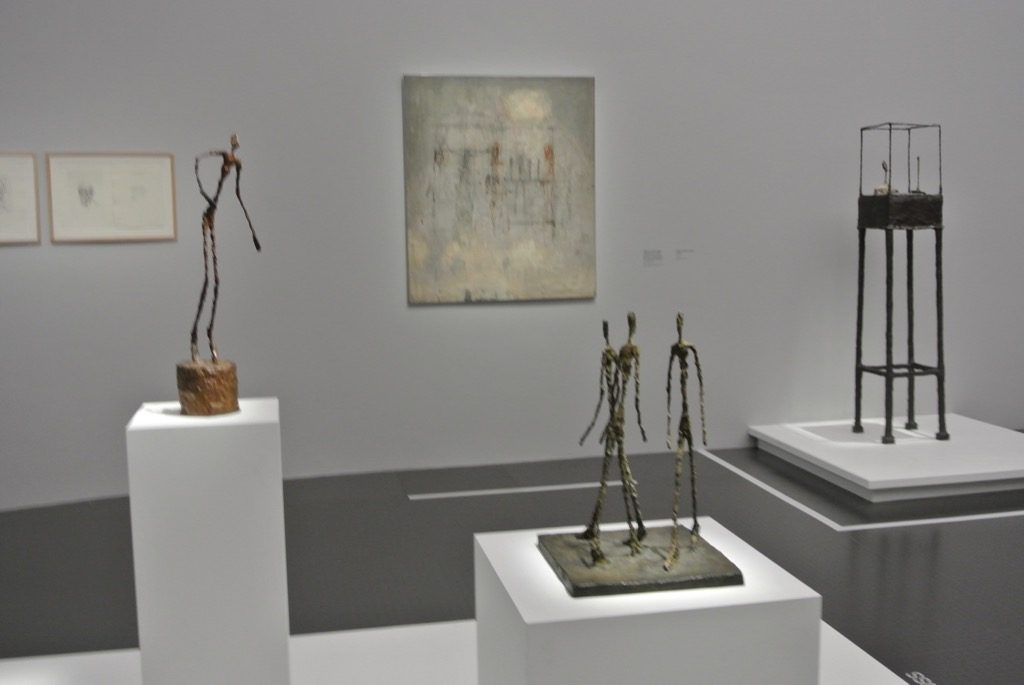 The fabulous Giacometti room. Leiris and him were intimate friends.

To come back to Leiris, there are some stunning rooms where Picasso, Giacometti, André Masson are overwhelmingly present, as is the corrida theme and Africa with its modern and 19 th century art. Chinese opera, jazz, poetry, there is not one art that Leiris has not explored in depth. Many portraits of him including some by Bacon show a tortured mind who was apparently very obsessed by his clothes. 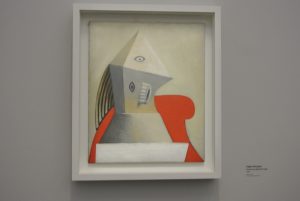 The show was curated by Agnès de la Beaumelle (from Pompidou center), Marie Laure Bernadac (formerly in charge of contemporary art at the Louvre) and Denis Hollier who teaches literature at NYU. It is totally gripping and the five hours I spent in Metz, picnicking in the garden and strolling around the three floors of the museum, left a lasting impression in my mind. Now I have to read his books… (until September 14)

3 Comments on “At Centre Pompidou Metz, the world of Michel Leiris.”